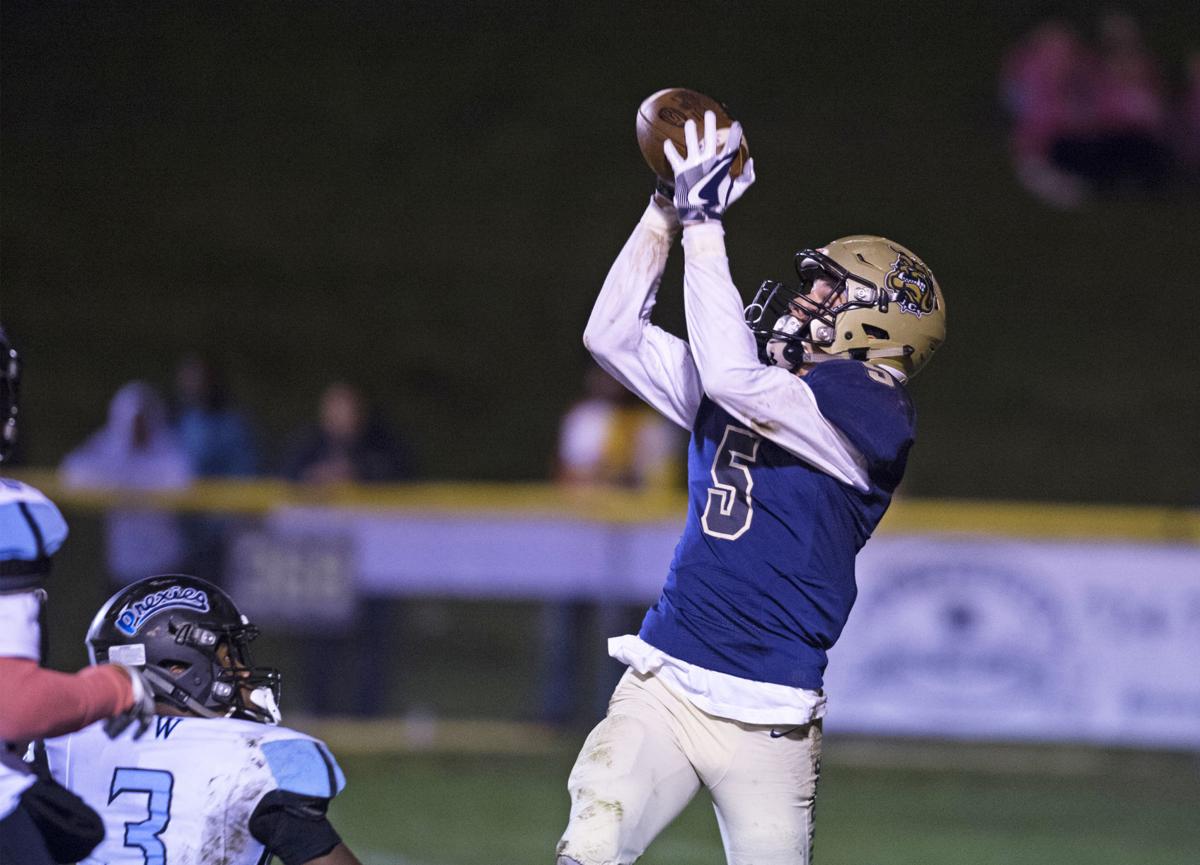 Beth-Center’s Devin Dingle make the catch in the end zone for one of his nine touchdown receptions last year. 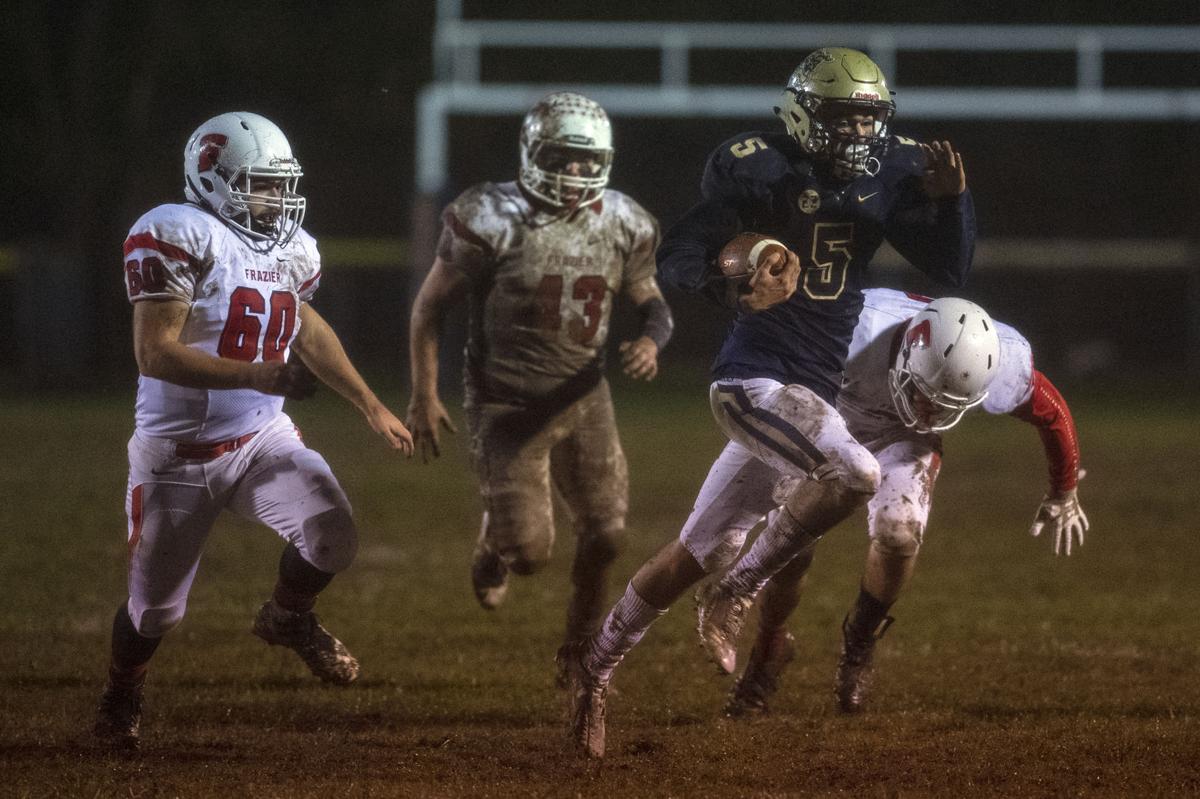 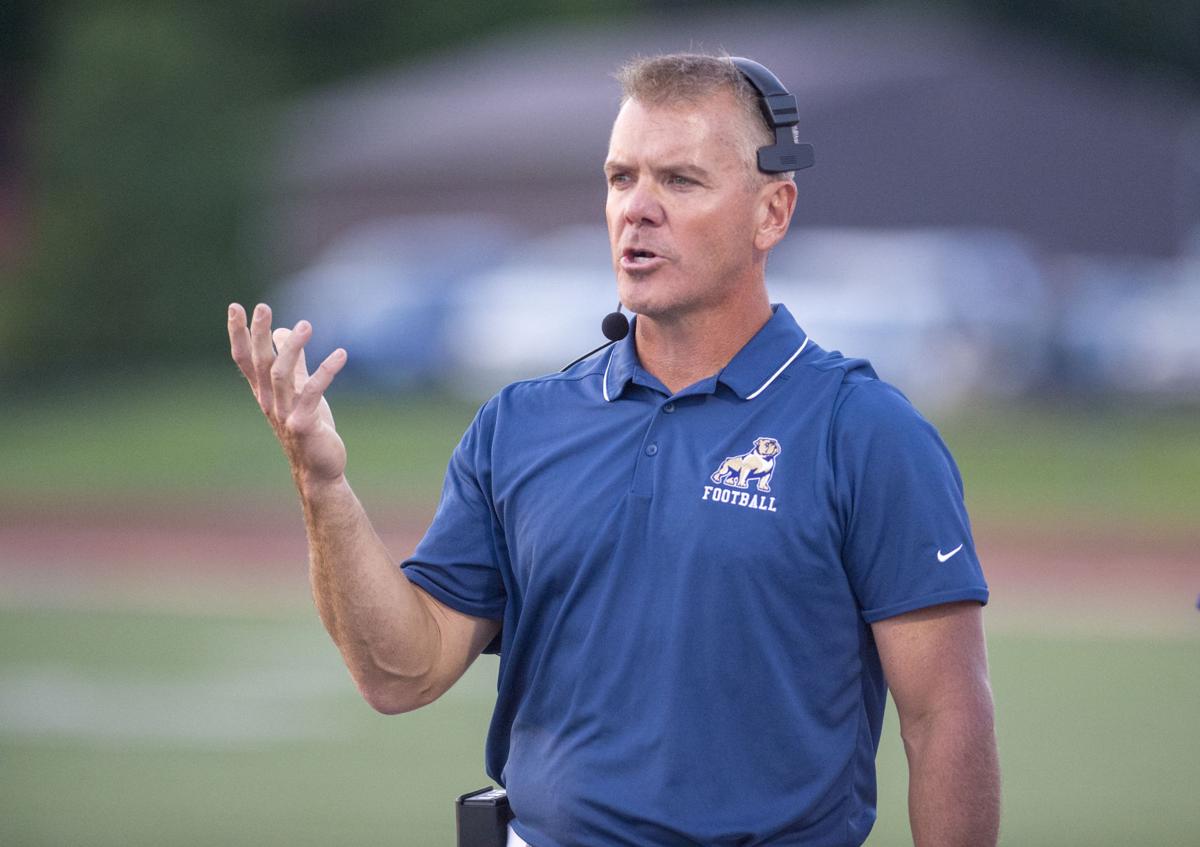 Beth-Center’s Devin Dingle make the catch in the end zone for one of his nine touchdown receptions last year.

That “too good of a time” came after a 4-0 start. It turned into three losses in four games, forced a fight just to qualify for the postseason and had the Bulldogs going out with a whimper while still in search of their first playoff victory since 2010.

The Bulldogs are forced to continue the quest this season with a young roster after losing 14 seniors, many of whom were significant contributors one season ago.

Those losses are at key positions, too.

An offense that revolved around quarterback Bailey Lincoski and running back Dominic Fundy will have a new look this season with both being lost to graduation. The two combined for 80 percent of the Bulldogs’ offensive yardage last year. Lincoski threw for 1,044 yards and ran for 1,100, becoming only the second local player with at least 1,000 rushing and passing yards in the same season. Fundy rushed for 1,264 yards. The duo scored 40 of Beth-Center’s 46 touchdowns.

“There is not a whole lot of them coming back,” Kuhns said. “We graduated a pretty big group. We are just going to take this thing as slowly as we can and see if we are battling for one of those last playoffs spots. We are trying to get better week by week.”

Many teams in the Interstate Conference lost key pieces from last season. Of the three other playoff teams, Washington lost Dan Walker Jr., McGuffey no longer has Observer-Reporter Player of the Year Christian Clutter and Charleroi is without Geno Pellegrini and Dakota Romantino.

“We had a great team last year but were in a loaded conference,” Kuhns said. “Everybody got hit by graduation this year. The biggest difference is the expectations. People were expecting a heck of a lot out of us last year. Now, there aren’t any expectations. This time last year, I wasn’t sleeping. The stress level was up.”

Kuhns is excited to see who steps up before, during and after Beth-Center’s Week Zero game against California and former Bulldogs head coach Ed Woods.

The competition at the two positions left open by the departure of Lincoski and Fundy varies.

Kuhns’ son, Colby, will play quarterback. Colby Kuhns played in multiple varsity games last year, whether it was subbing in to replace a banged-up Lincoski or starting against Imani Christian, when he ran for 105 yards and a touchdown.

“Colby has been that run-pass option guy since he was young,” Kuhns said. “He knows what he is doing. He is a little vertically challenged so it will be important to get him on the edge. He has played in the past. I think it helps the confidence of the head coach. He has a knack of making plays.”

There is a lot of competition at running back. Makiah Bayus, Ryan Lynch, Aiden Symcheck and Nick Martin each are in the mix for carries.

The one player Kuhns is “hanging his hat on” is senior wide receiver and cornerback Devin Dingle. In 10 games last season, Dingle displayed big-play ability by leading Beth-Center in pass receptions (31), receiving yards (704) and receiving touchdowns (9). He had 45 tackles, six passes defended and two interceptions on defense.

Linebackers Ryan Lynch and Symcheck, along with safety Blayze Vilcoss, will solidify the middle of the Bulldogs’ defense, a group that will be vital in keeping opponents in check early in the season as the B-C offense gets up to speed.

“Winning the first few games will be key,” Kuhns said of early games against what many believe to be the weaker portion of the Bulldogs’ conference schedule.

“We have a bunch of kids that feel like they are being doubted,” he continued. “Everybody around here is thinking we are going to have to rebuild. Our kids are training with a chip on their shoulder.”