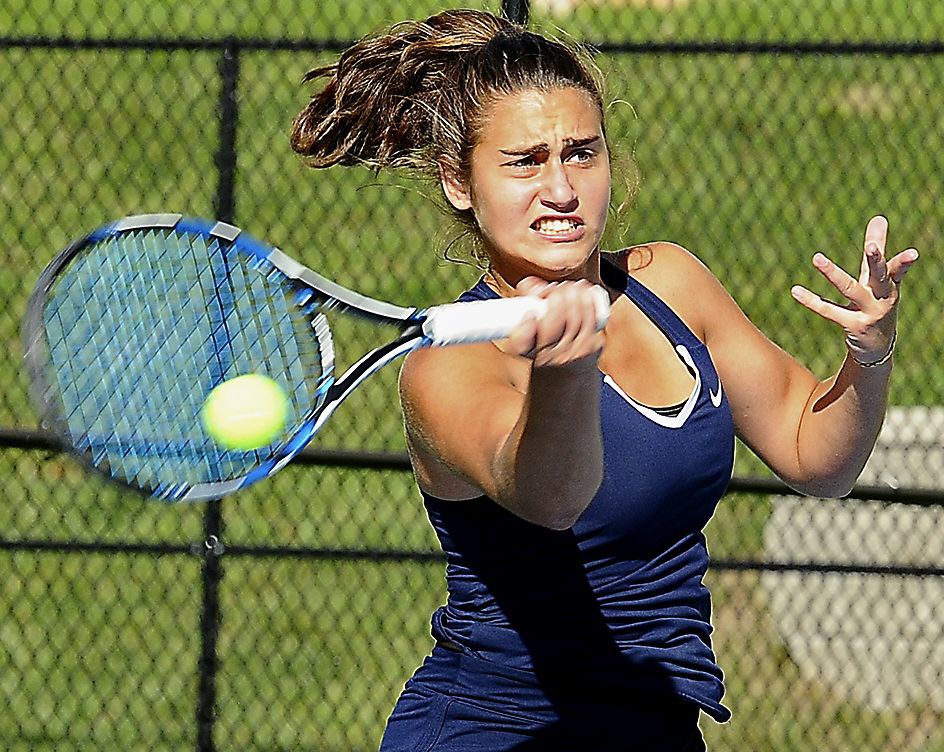 Golda Gershanock returns a shot during No. 3 singles play at the WPIAL finals.

Golda Gershanock returns a shot during No. 3 singles play at the WPIAL finals.

Aces were wild whenever Golda Gershanok stepped onto the tennis courts for Mt. Lebanon. “She has a big serve,” said Mt. Lebanon coach Paul Skrok. “She’s a very strong girl and she can overpower you with her strength.” For four years, Golda did just that for the Blue Devils. She helped Lebo capture four section banners, two WPIAL runner-up titles and a third-place finish as well as make four PIAA playoff appearances, reaching the state semifinals twice. As Lebo’s No. 1 singles player this season, she was a section runner-up and a WPIAL qualifier. She combined with Katherine Izzo in doubles action, winning a section title and qualifying for the WPIAL doubles tournament. The pair fell one match shy of earning a trip to Hershey to compete in the PIAA Championships. Golda will play club tennis while studying biomedical engineering at Georgia Tech.