Best of Sports Athletes of the Year 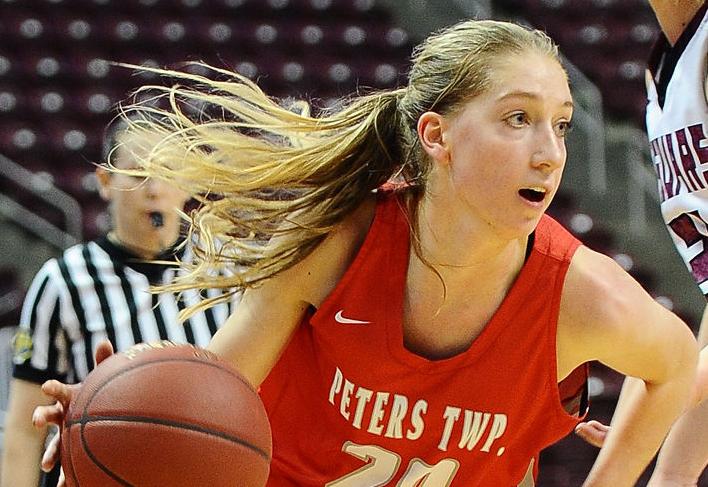 Makenna Marisa averaged 20.8 points, 4.3 assists and 6.1 rebounds in her senior season at Peters Township. She scored double-digit point totals in 29 of the Indians’ 30 games. 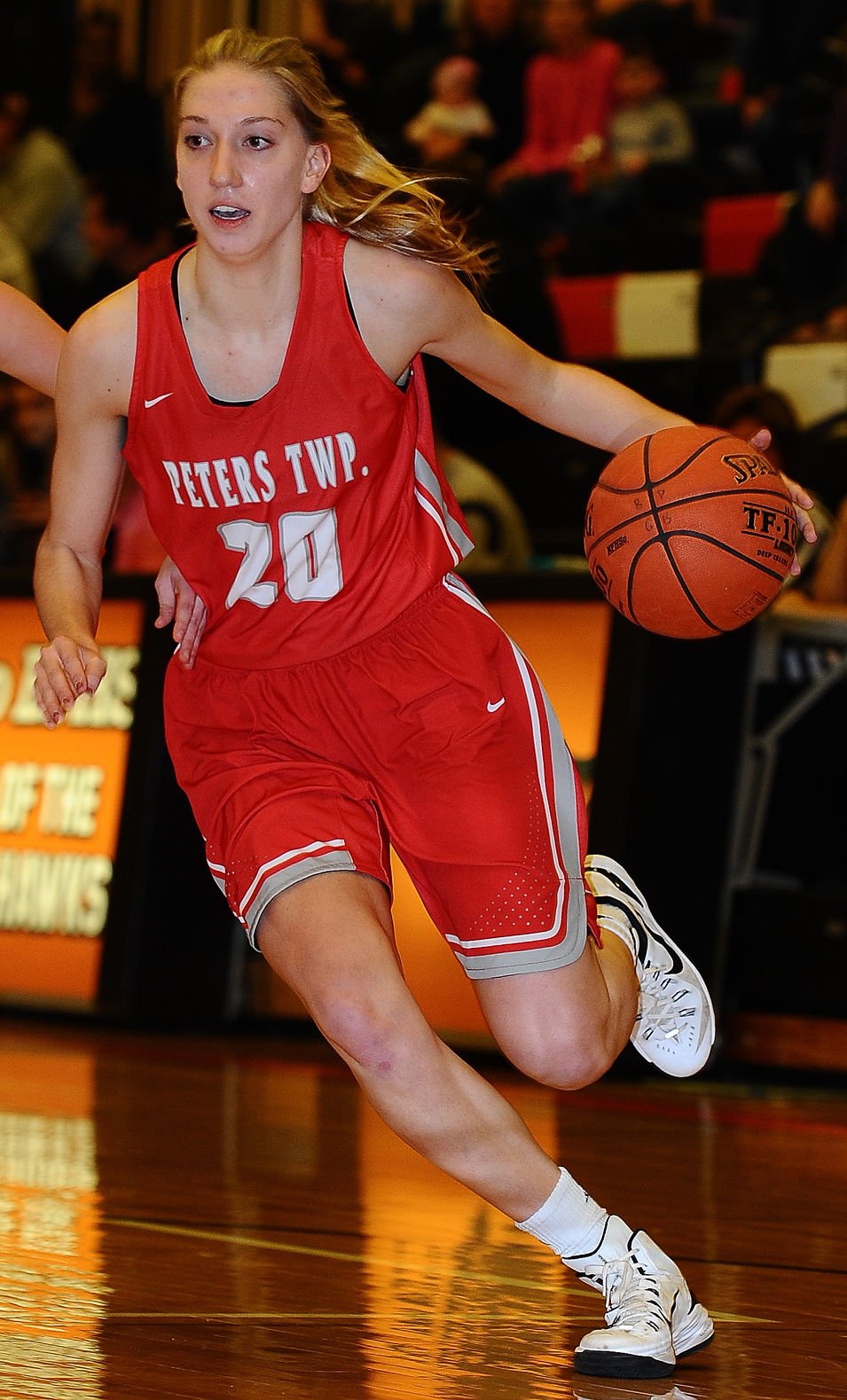 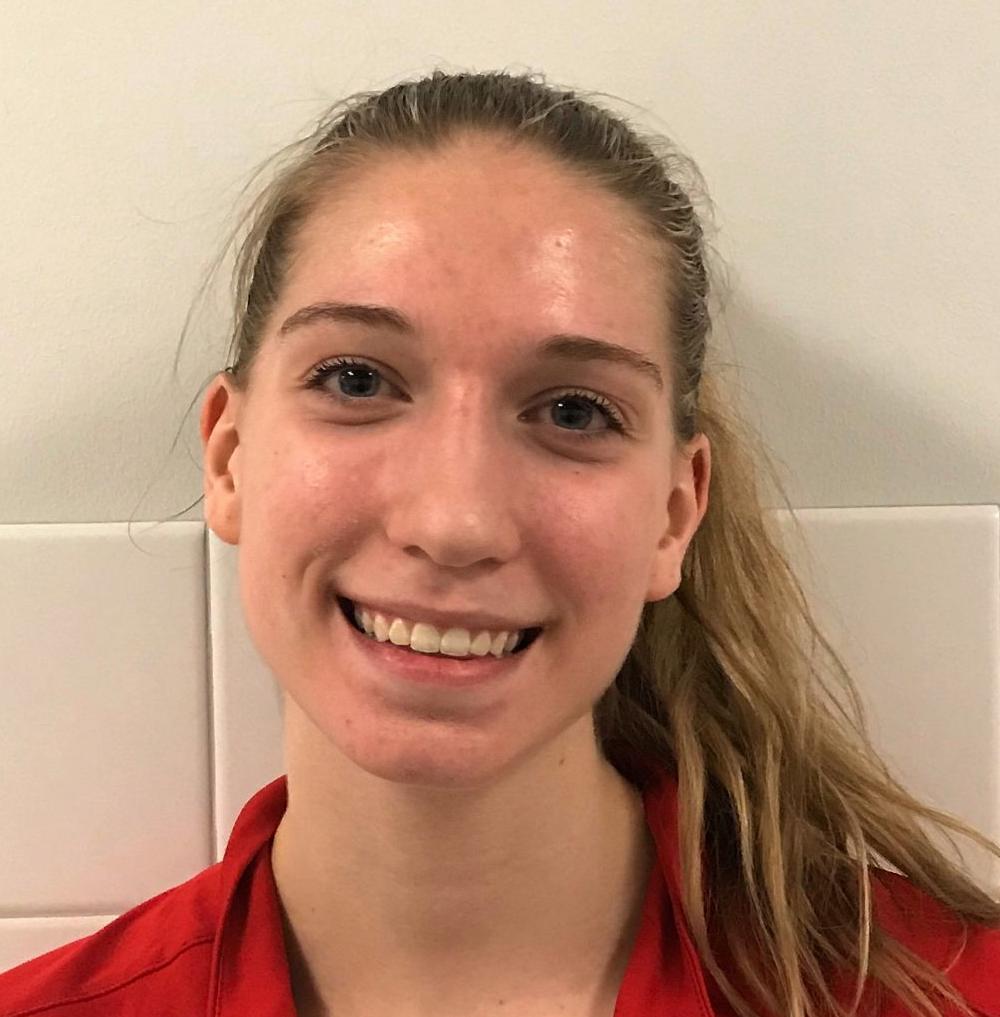 Makenna Marisa averaged 20.8 points, 4.3 assists and 6.1 rebounds in her senior season at Peters Township. She scored double-digit point totals in 29 of the Indians’ 30 games.

“Last year, I only dreamed of going to states,” Marisa said. “It sounds cheesy but I dreamed of playing in that big arena in Hershey. Honestly, I kind of always thought it would just be a dream.”

Shining the brightest on girls basketball’s biggest stage, Marisa scored 29 points, had seven rebounds and seven assists in the Indians’ 62-49 win over Garnet Valley in the PIAA Class 6A championship game at the Giant Center in Hershey.

The win capped an undefeated season for the Peters Township, which won its first WPIAL and state title in program history. It was the first state championship in girls basketball won by a team from Washington County.

And Marisa was the driving force for the Indians on the road to the landmark season.

Marisa was one of the most-sought-after players on the recruiting trail. She is ranked the No. 58 player nationally in the 2019 recruiting class by ESPN and has signed with Penn State. Her grandfather, Rudy Marisa, a legendary men’s basketball coach at Waynesburg University, played on Penn State’s Final Four team in the 1953-54 season.

In Marisa, Penn State is getting a player who has the reputation of making everybody on her team better. She showed that during the Indians’ 30-0 season, allowing everybody to get involved and make Peters Township that much harder to defend.

“One of our challenges was to not stand and watch her,” Peters Township coach Bert Kendall admitted. “It was about moving without the ball and she will make sure to get it to you. That’s what made us tough to deal with.”

Marisa also had the ability to score at any given moment. She averaged 20.6 points per game and scored in double figures in 29 of the Indians’ 30 games. She scored 37 points in a game against Seneca Valley and had 36 points two other times during the regular season. Her efficiency was remarkable. Marisa shot 50 percent or better from the floor in 20 of 30 games. There were only five games in which she shot below 40 percent from the field.

Playing pivotal roles in extending Peters Township’s state playoff run, Marisa led the Indians with 18 points to defeat Bethel Park in the opening round. She scored 20 points in the final three quarters of a quarterfinal win over Norwin. In the semifinals against Upper Dublin, the defending state champion, Marisa battled through her worst shooting performance of the season to score 10 of her team-high 14 points in the fourth quarter as the Indians rallied for a victory.

She put an exclamation point in the state championship season as Peters Township became the fifth team in WPIAL history to win a title with a perfect record.

“She wanted it as bad as anybody,” Kendall said of Marisa. “It was her last chance.”