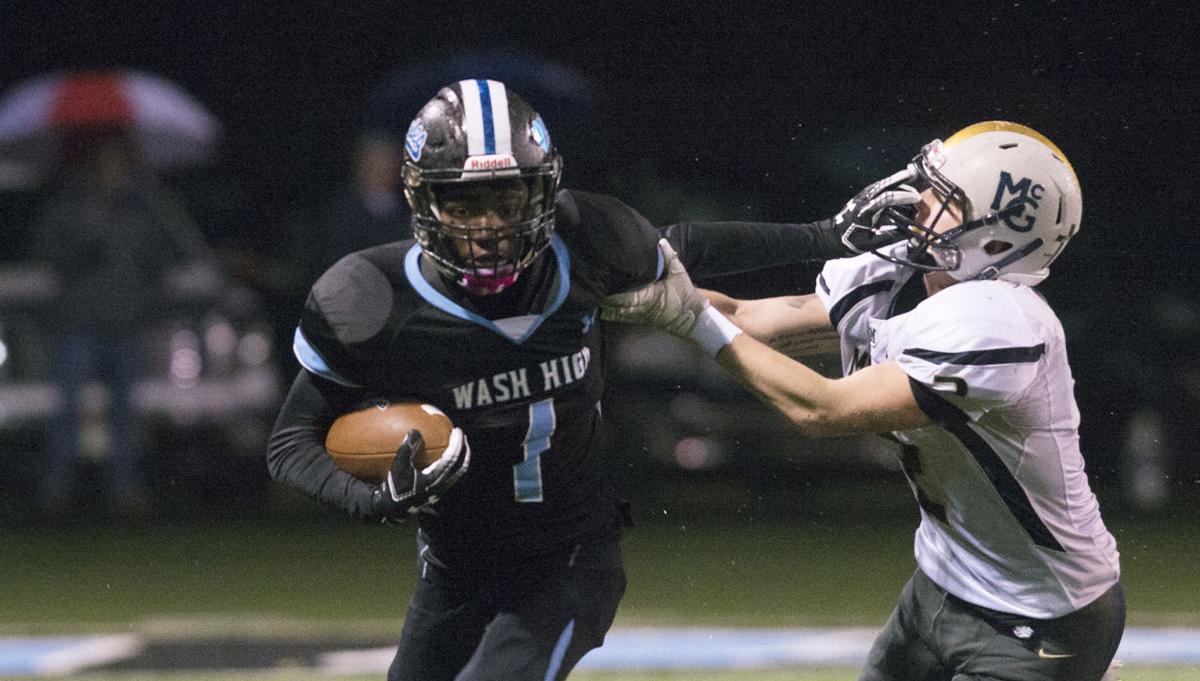 Zahmere Robinson has been a do-it-all player for Washington's offense. 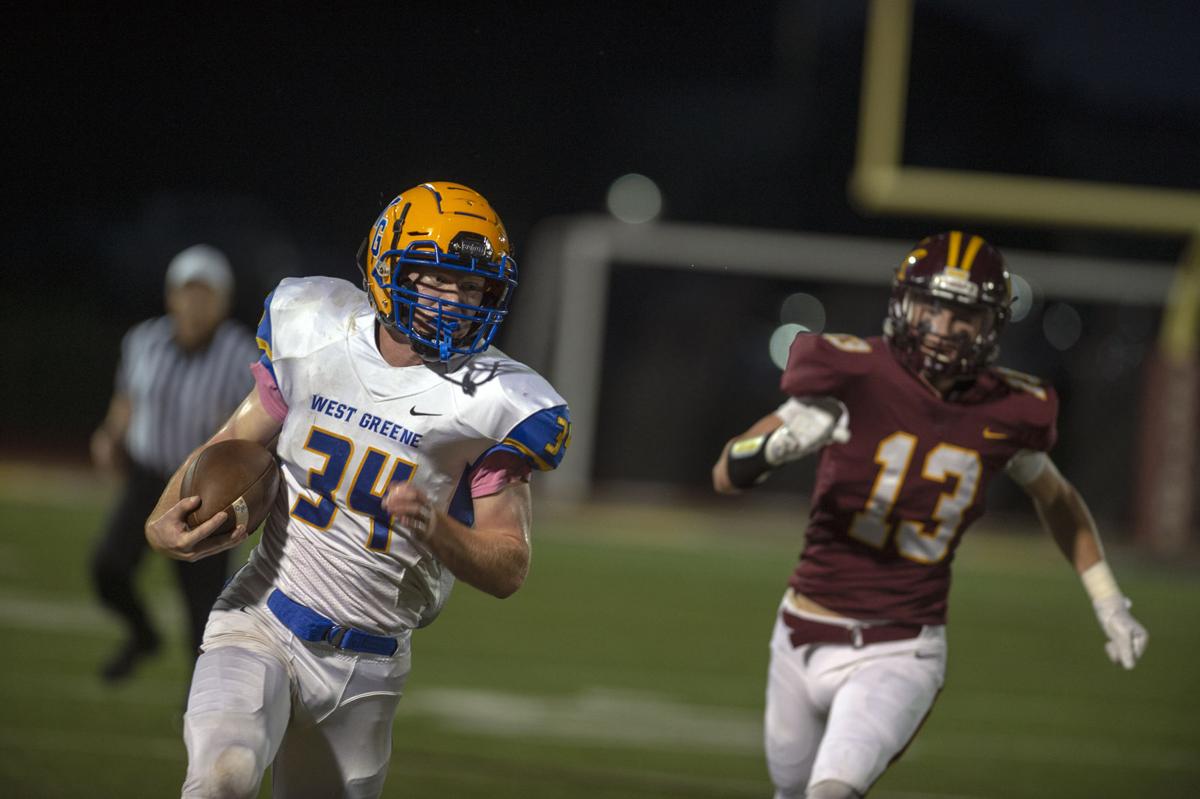 Zahmere Robinson has been a do-it-all player for Washington's offense.

You can begin the countdown to high school football season.

Today marks one month until teams across Western Pennsylvania will begin football camp. Teams will be together for activities even sooner than that with heat acclimation week starting Aug. 5.

But while we are still in July, here’s five local teams that might make noise in the months ahead.

1. Peters Township: There was plenty of success last year for Indians’ coach T.J. Plack to build on.

Peters Township was able to string four wins together for the first time in eight years. A playoff appearance, which ended in the semifinals in a narrow 22-14 loss to eventual Class 5A WPIAL and PIAA champion Penn Hills, marked the first time the Indians made the playoffs in back-to-back years since 2012-2013.

Quarterback Logan Pfeuffer, who took big strides last year, returns for his junior season. He has plenty of weapons on offense returning to help, including standout senior wide receiver Josh Casilli and running back Ryan Magiske.

Casilli has a long list of scholarship offers after 51 catches, 892 yards and 11 touchdowns last year. He was named to the Observer-Reporter Fabulous 15 team. Aidan McCall also returns at wide receiver and cornerback.

Magiske, a senior, brings a powerful running style to balance the high-flying offense. He ran for 1,133 yards and scored 19 touchdowns.

Junior linebacker Corban Hondru will lead what was a dominating defense last year.

The one question mark for the Indians is finding competent replacements on both sides of the line of scrimmage, where they took a big hit with the graduation of several key players.

2. Washington: Success might start on the offensive and defensive lines for the Prexies, who are anything but little up front.

The combination of quarterback Zack Swartz and wide receiver Zahmere Robinson will give opposing defenses headaches. Swartz was ninth in the WPIAL with 2,285 passing yards. He threw 28 touchdowns and ran for another 13. Robinson exploded onto the scene a season ago with 53 catches, 1,120 yards and 10 touchdowns, averaging more than 21 yards per reception.

Both were members of the Fabulous 15 as juniors.

The Prexies will be even more of a threat if running back Dylan Asbury can stay healthy.

3. South Fayette: The defending WPIAL Class 4A champions have pieces back from last year’s team.

The biggest question, similar to last year, is what they are going to do at quarterback. Transfer Jamie Diven provided nothing but convincing answers to those questions and went from limited time before arriving at South Fayette to getting ready to start his freshman year at West Liberty University in a couple of weeks.

Charley Rossi, coach Joe Rossi’s son, is back at receiver. He had 38 receptions for 613 yards and nine touchdowns last year as a sophomore. Leading rusher Andrew Franklin and leading tackler Nolan Lutz both return. Offensive and defensive linemen Dom Thomas and Quentin Franklin are back, so is wide receiver/defensive back Joey Audia.

The Lions’ first four games are against teams that all made the playoffs last year.

4. West Greene: First-year coach Brian Hanson will walk into a great situation left by Rodney Huffman at West Greene, which was one of three teams to share the Tri-County South Conference crown last year.

The Pioneers won a coin flip with those they split the conference, Monessen and California, to earn a home playoff game that was eventually moved because of flooding.

Hanson, who spent the last three seasons as the head coach at Wicomico High School in Salisbury, Md., will take over a program that has made the playoffs the last two years.

The Pioneers only lost six seniors. Both quarterback Gavin Scott and Ben Jackson will return behind an experienced offensive line. last year, Jackson became the sixth running back in Greene Country history to eclipse 4,000 career rushing yards before his season ended due to an injury.

If Jackson stays healthy, especially into the playoffs, could West Greene be looking taking another step and winning a postseason game?

5. Burgettstown: When the Blue Devils opened camp last year, head coach Mark Druga beamed with excitement talking about his offensive and defensive lines. Inexperience had him pause for those at the skill positions.

Now, after an undefeated season and first home playoff win in a long program history, it might be the opposite.

Druga will be tasked with replacing Angelo Fratini, Colby Green and Ethan Brothers on both sides of the ball, key members to a ground-and-pound offense and defense that limited opponents to 5.5 points per game.

So what’s the bright side?

Riley Kemper still is a dominant force up front. Shane Kemper returns to the backfield after 650 yards and eight touchdowns. With a season under his belt, Jake Lounder, who combined to throw and run for 1,020 yards and 16 touchdowns, is back at quarterback.

In Druga’s back pocket might be one of the best specialists in the entire WPIAL in kicker and punter Seth Phillis.

Staff writer Luke Campbell can be reached at lcampbell@observer-reporter.com.