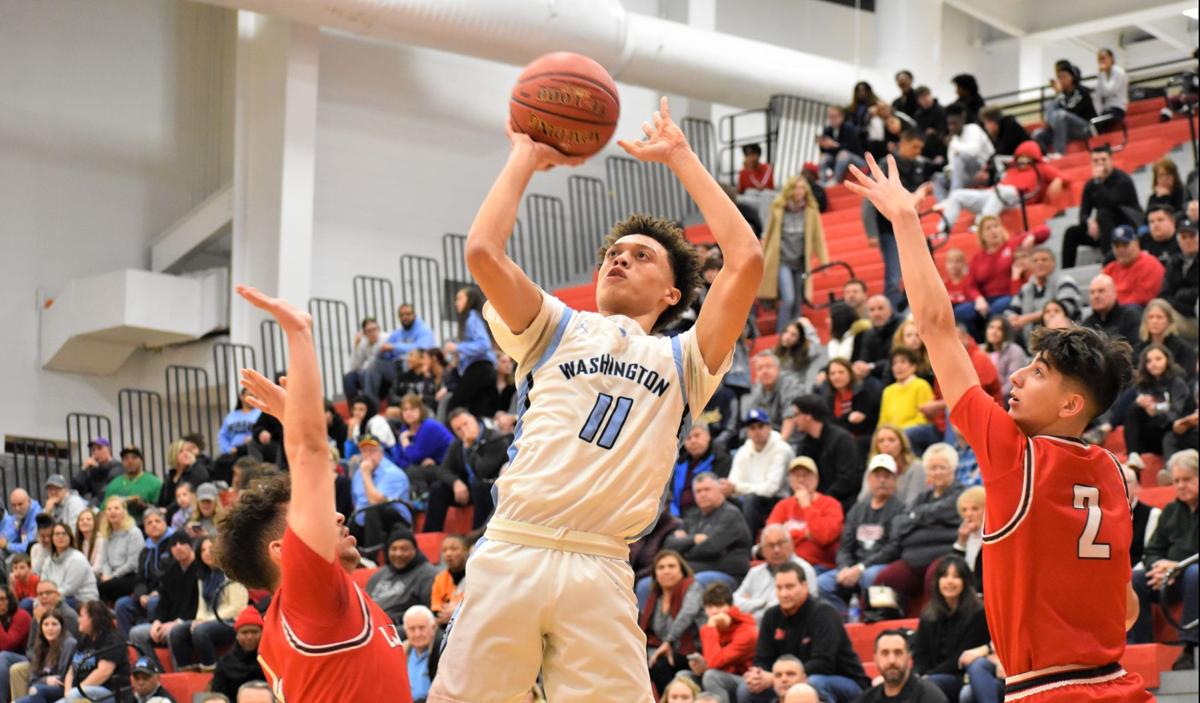 Washington’s Marlon Norris splits a pair of Neshannock defenders to take a shot in the first half of Friday’s WPIAL Class 3A first-round playoff game at West Allegheny High School. 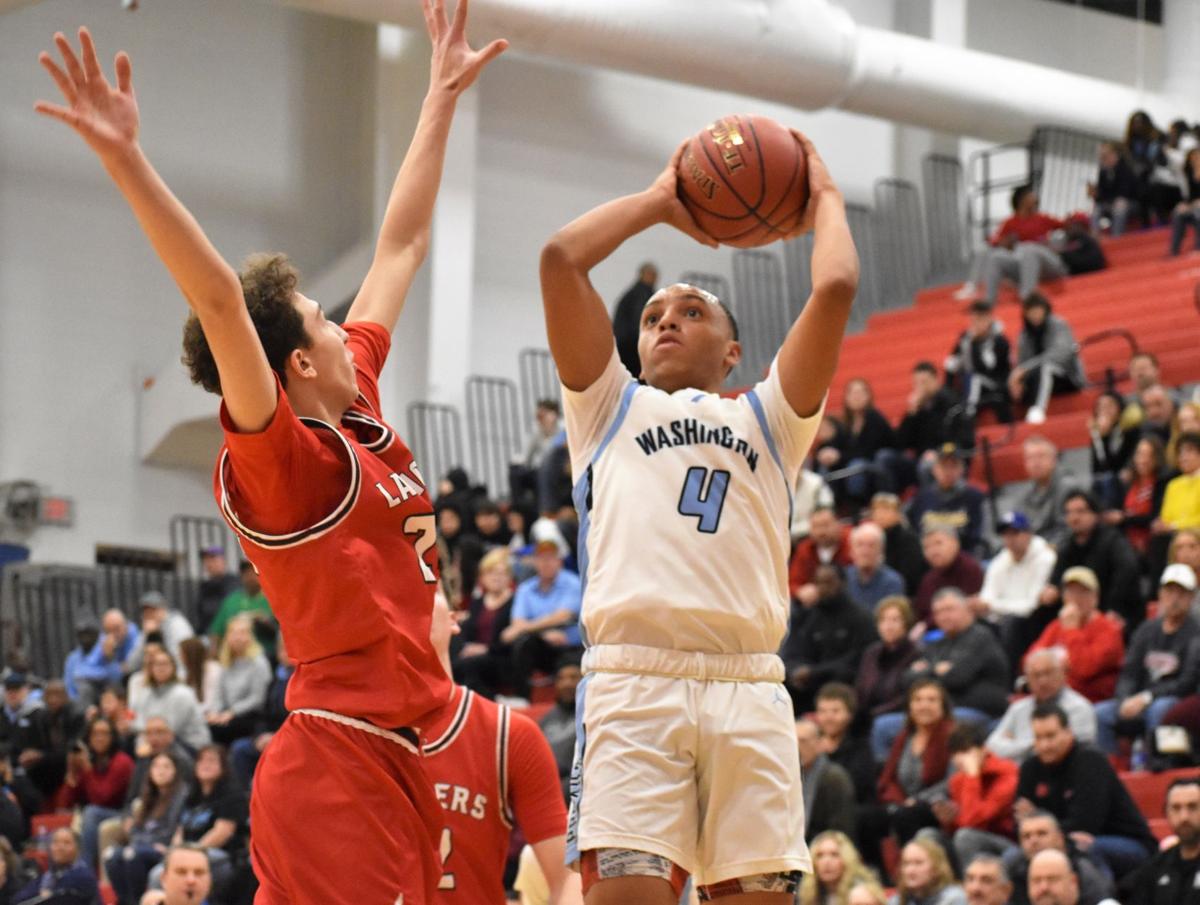 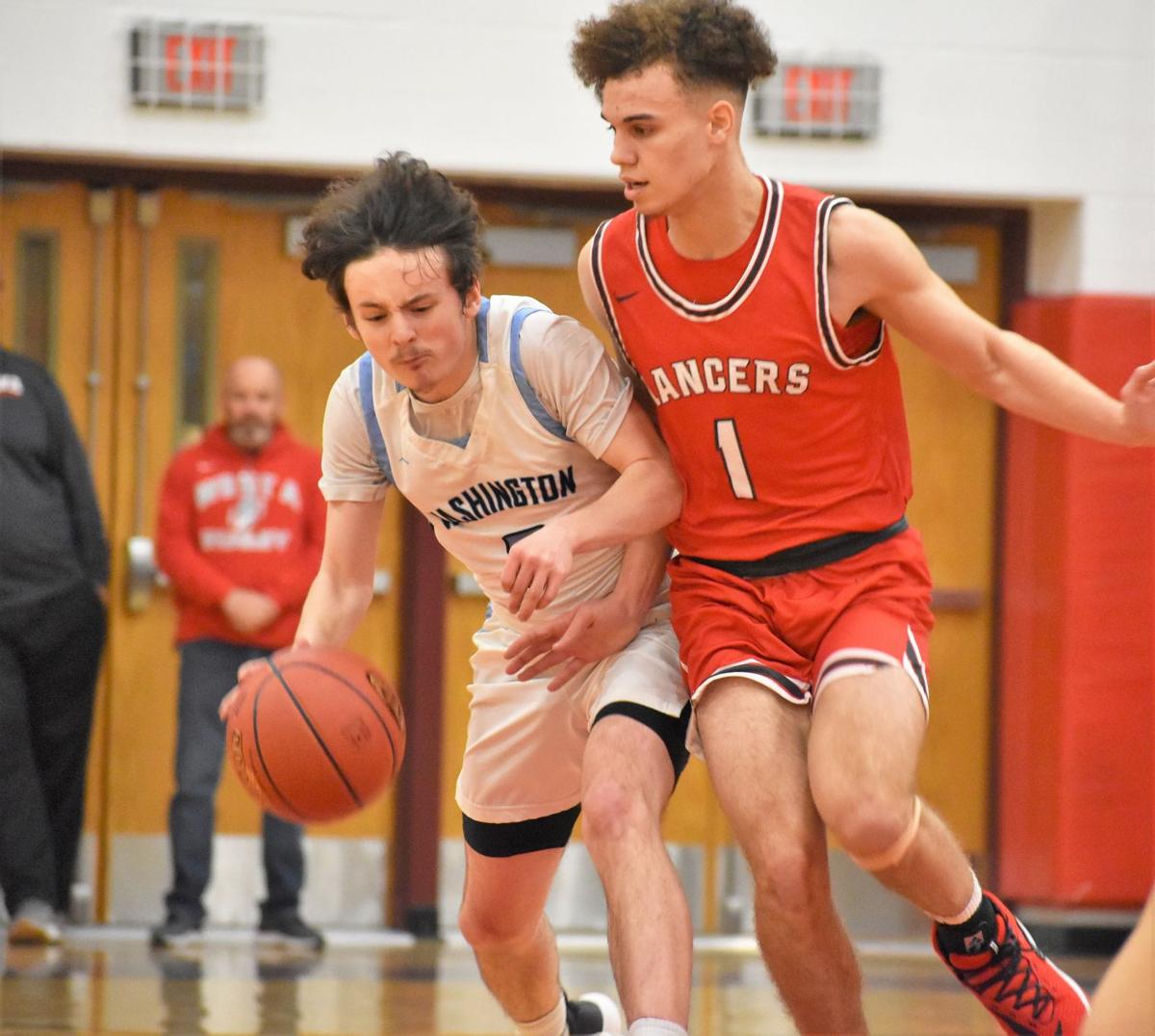 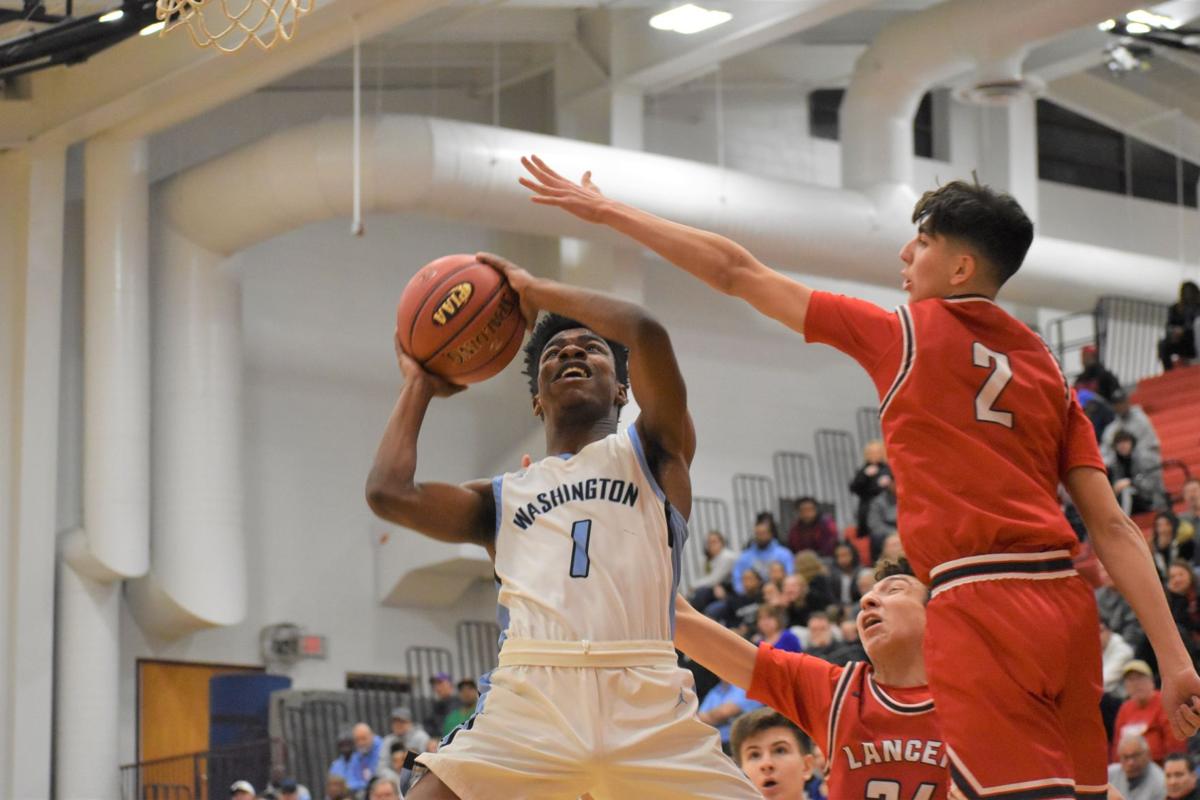 Washington’s Zahmere Robinson tries to reposition himself for a layup while being contest by Neshannock’s Johnpaul Mozzocio in Friday night’s WPIAL Class 3A first-round playoff game.

Washington’s Marlon Norris splits a pair of Neshannock defenders to take a shot in the first half of Friday’s WPIAL Class 3A first-round playoff game at West Allegheny High School.

Washington’s Zahmere Robinson tries to reposition himself for a layup while being contest by Neshannock’s Johnpaul Mozzocio in Friday night’s WPIAL Class 3A first-round playoff game.

Agonizingly, the potential game-winning shots failed to fall through the basket.

After squandering a nine-point lead it had to start the fourth quarter, No. 8 seed Washington couldn’t get the bounces to go its way when they mattered most and fell to ninth-seeded Neshannock, 55-54 in overtime, in a WPIAL Class 3A first-round playoff game Friday night at West Allegheny High School.

Spina was filling in for longtime Washington coach Ron Faust, who missed the game for personal reasons. The loss ends Washington’s four-game winning streak in first-round games. Entering Friday, the last lost for the Prexies, who finish the season with a 15-7 record, in the opening round of a postseason was to Neshannock in 2015.

Tied at 47-47, Washington’s Brandon Patterson fought for a rebound after missing a fadeaway jumper nearing the three-point line. Patterson then tossed up an off-balance jumper as time expired in regulation that went halfway into the basket before bouncing out to extend the game to overtime.

Trailing 55-54 with 4.1 seconds left in overtime, Tayshawn Levy caught an inbounds pass from under the Prexies’ basket and found Marlon Norris, whose defender left him to help on Levy. Norris’ floater hit the back of the rim and then off as the buzzer sounded.

A last-second chance for Patterson at the end of regulation nearly never happened. Washington’s Ian Bredniak tied the game on a deep three-pointer with 13.6 seconds left. The Prexies regained possession with seven seconds left after forcing a held ball.

The Lancers quickly cut into their nine-point deficit in the final eight minutes when Johnpaul Mozzocio made back-to-back threes from the baseline to trim Washington’s lead to three points.

Mozzocio, who finished with 16 points, scored six of Neshannock’s 13 points in the first half.

“The harder you work, the ball tends to find the way into the bottom of the basket,” Neshannock coach John Corey said. “We were running on about 75% in that first half. On top of that, there were a lot of missed shots. I wasn’t real happy with how hard we were playing. But in that fourth quarter we hit a couple of threes, got a couple of turnovers and were able to turn it around.”

Spencer Perry and Preston Turk both reached double figures for the Lancers with strong finishes. The two scored all eight points for the Lancers in overtime, including going 6-for-6 from the foul line. Perry had 17 and Turk scored 14.

The largest Washington lead was 15 points, 26-11, after Bredniak made a three-pointer with 2:27 left in the first half.

Bredniak led the Prexies with 15 points. Norris and Zahmere Robinson had 13 and 10 points, respectively.

“Our guys never quit. I’ll give them that,” Corey said. “Washington is so good defensively. We didn’t shoot well in the first half. Thank God we hit the switch a little bit.”