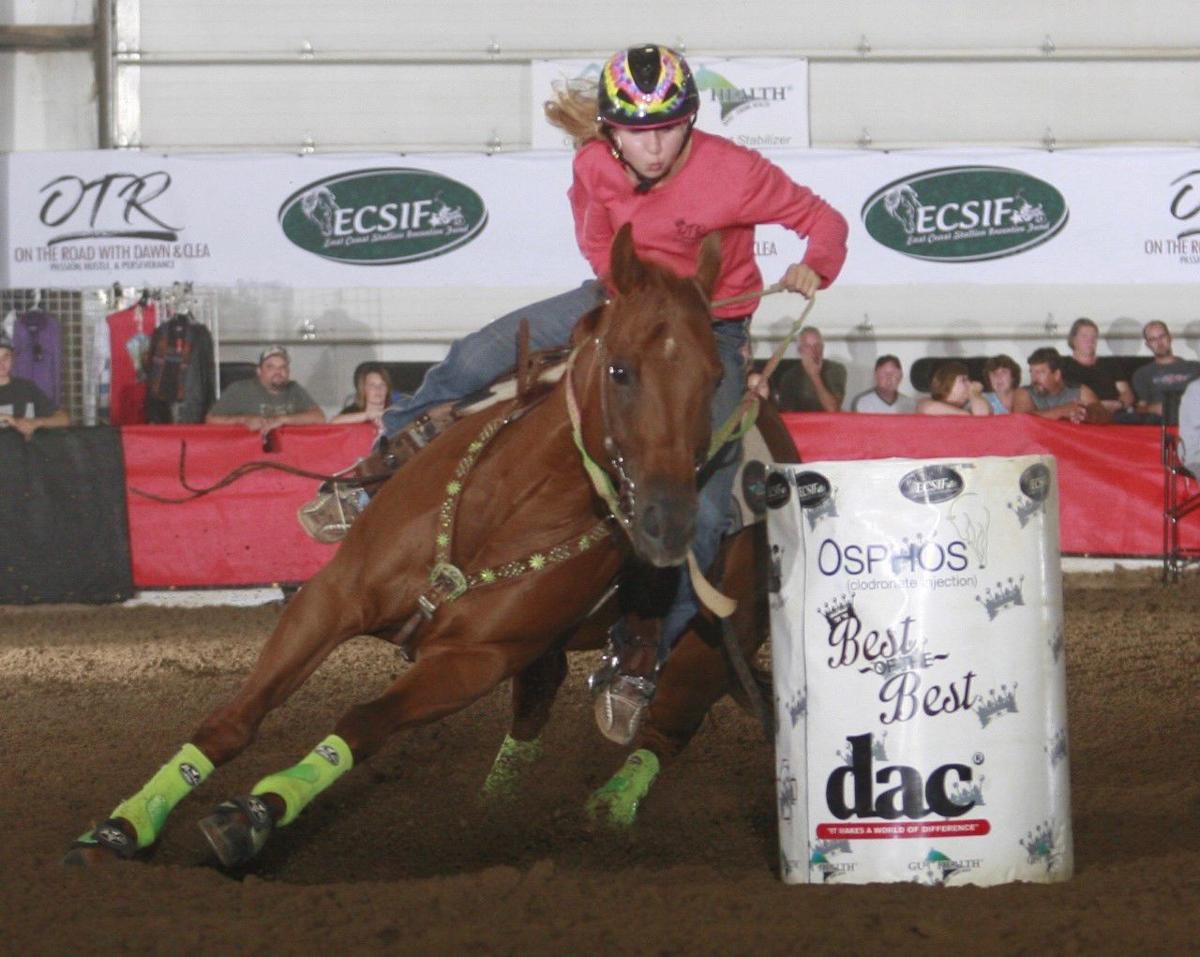 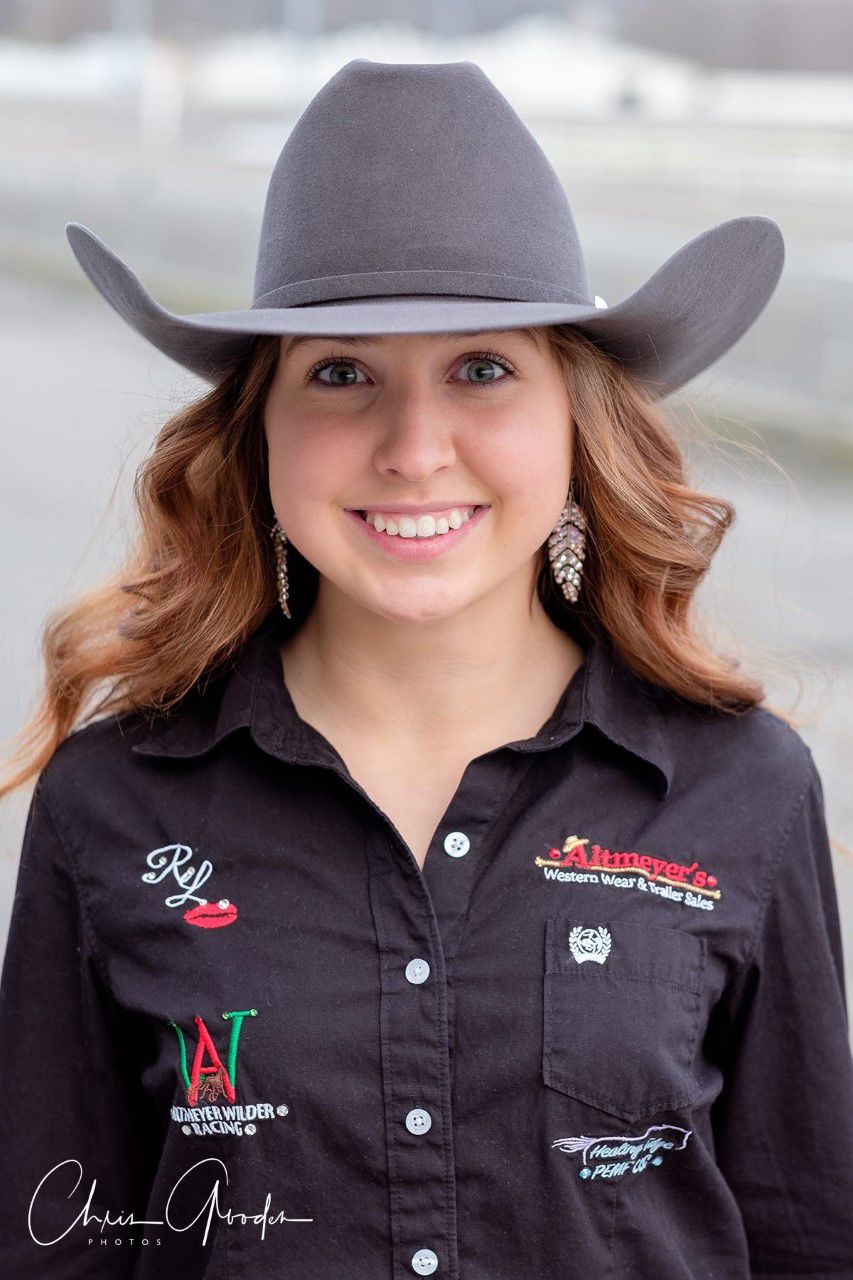 Scarlett Wilder has been around horses all her life, accompanying mom in the saddle at age 3 and spending much of her childhood with her dad in the stables at The Meadows harness racing track.

Those who knew her predicted horses would play a major role in her life, but few would have guessed how.

The 17-year-old senior at Chartiers-Houston High School has become an elite barrel racer.

Wilder will be one of 160 contestants competing at the KK Run for Vegas/Junior World Finals Barrel Race and Pole Bending Dec. 10-14 in Las Vegas. The event will be held in conjunction with the National Finals Rodeo, the sport’s grand finale.

“When I was younger, my mom’s friend put me on one of her barrel horses and, from then on, I knew I wanted to go fast,” said Scarlett, who has been racing since age 11.

Each competitor will run twice, and the top 20 contestants with the fastest two-run cumulative times will advance to the championship round.

For those unfamiliar with the sport, a Wikipedia explanation:

“Barrel racing is a rodeo event in which a horse and rider attempt to complete a cloverleaf pattern around preset barrels in the fastest time. Though both boys and girls compete at the youth level, in collegiate and professional ranks, it is a rodeo event for women. It combines the horse’s athletic ability and the horsemanship skills of a rider in order to safely and successfully maneuver a horse in a pattern around three barrels placed in a triangle in the center of an arena.”

That Scarlett Wilder is involved with horses is not surprising. Her father, Mike, has driven more than 8,000 harness winners at The Meadows. He won 13 driving titles at Lebanon Raceway in New York and two more at Scioto Downs in Columbus, Ohio. Heather Wilder, Scarlett’s mother, is an MC for harness awards banquets and writes for Harness Racing Update. She is president of the United States Harness Writers Association Keystone Chapter. Heather Wilder’s father is veteran trainer Dan Altmeyer, who runs Altmeyer Wilder Racing.

Scarlett Wilder considers herself just part of a successful duo. For the past three years, she has been competing on Rollin Withthe Stars, a 15-year-old chestnut quarter horse gelding.

“When I’m at a barrel race, everyone is yelling for you,” she said. “They say afterwards, ‘Did you hear me?’ And really, for those 10 to 15 seconds, I’m zoned out. I can’t hear anything. When I’m like that, I know I’m going to have a good ride.”

Heather Wilder has perfected the function of not only cheering but holding her breath as her daughter races around the barrels.

“I start shaking really bad,” said Heather Wilder. “I don’t know; it’s not for me. I discouraged her from the very beginning. It was a family issue. I was concerned for her safety naturally.”

“It had nothing to do with me,” she said with a laugh. “It was all the horse. I just hung on for dear life. I don’t have a need for speed that my husband and daughter do.”

Mike Wilder has a busy schedule at The Meadows but he travels to as many competitions as he can and watches others on his computer.

“When she said she wanted to do it, I was a little nervous about it,” he said. “I know the dangers of riding horses. But I supported her.

“When I watch her compete, I get nervous because No. 1, I don’t want to see her knock over any barrels, and No. 2, I know the dangers involved. I race horses, and I know that adrenaline gets pumping. I know the risks, but I also know she loves it.”

Competing is only part of the process in barrel racing. Like any other sport that involves horses, a lot of time is taken up before the races with the care of the animal.

“Every morning, I get up super early and clean his stall,” said Scarlett Wilder. “I take care of him, feed him, go to school, come home and ride him. I’ll bath him in the summer, but now that it’s winter, I brush him out really good. I’ll wrap his legs up and pack his feet. He has four different types of magnetic boots. He’s pretty spoiled.