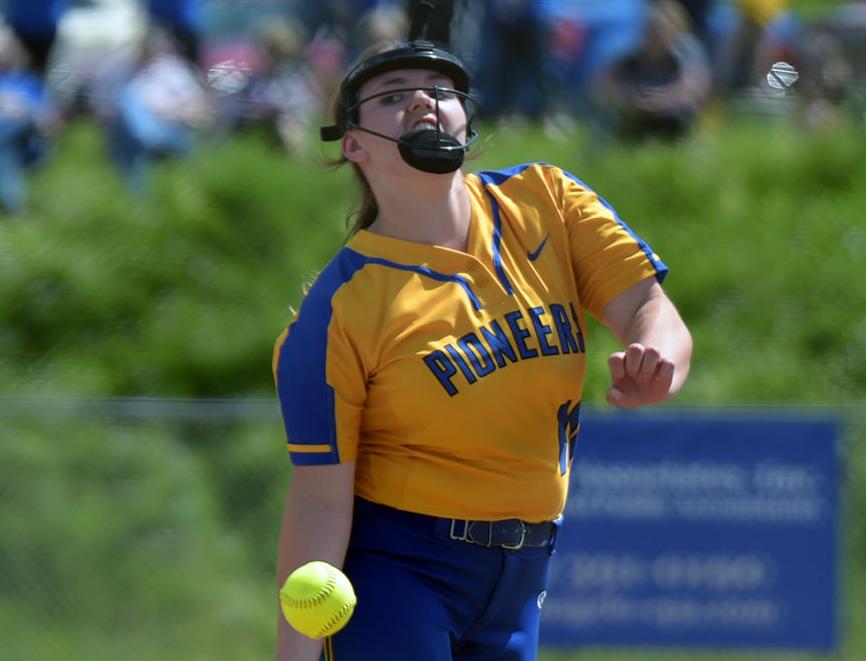 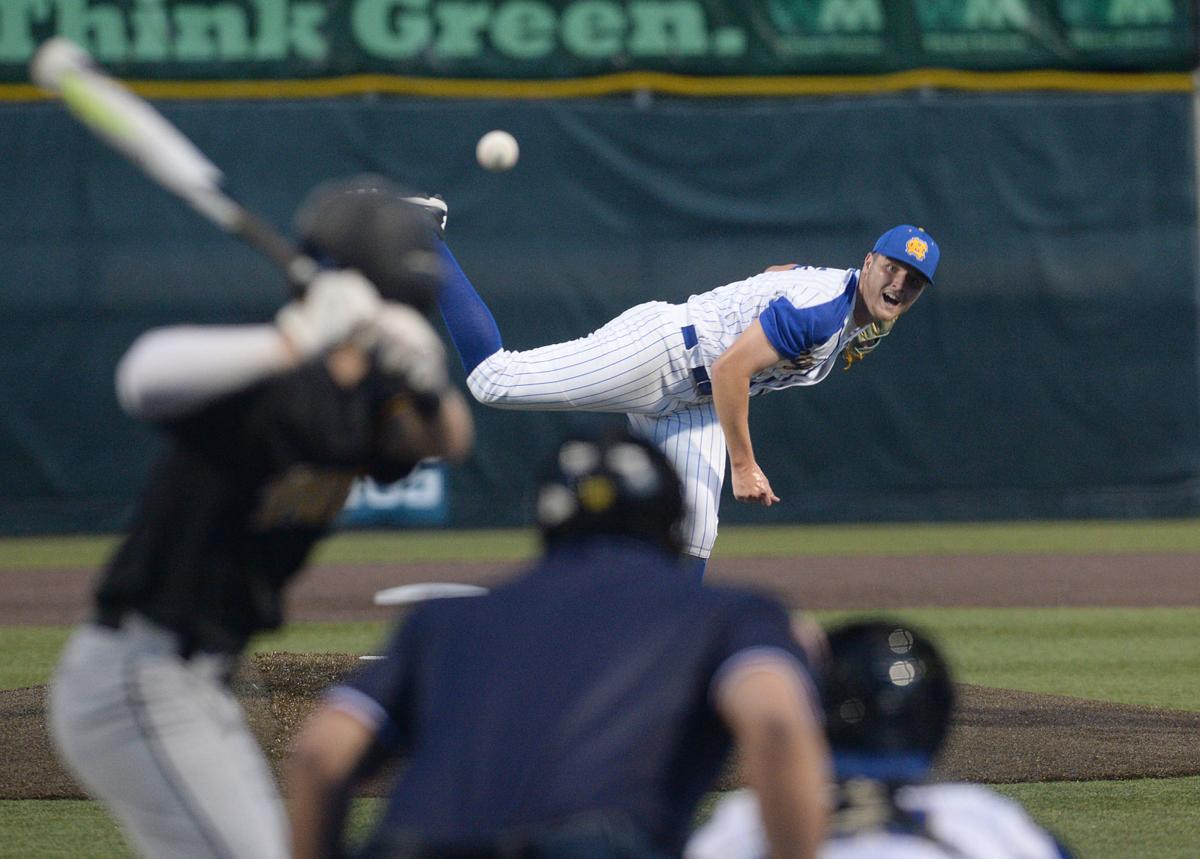 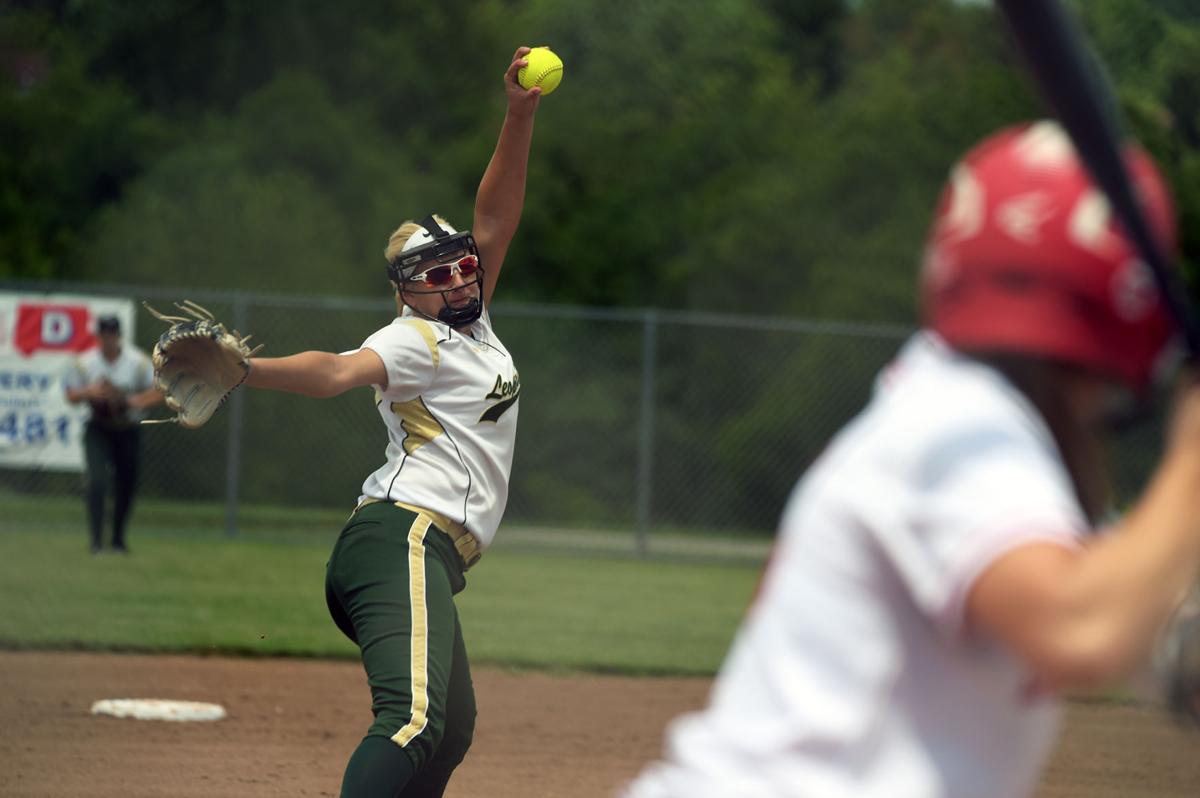 Belle Vernon’s Bailey Parshall has moved on to Penn State, leaving the Leopards to change philosophy this season.

Familiarity is rare when teams get this deep into the state baseball and softball playoffs.

That can’t be said about the Belle Vernon softball and Canon-McMillan baseball teams, which will play very familiar foes today in the PIAA quarterfinals.

Here is what to watch for as five local teams vie for state semifinal appearances:

1. Déjà vu: Imagine finding something positive after falling 1-0 in the WPIAL semifinals when you fail to record a hit and strike out 18 times.

Now, try and picture finding something negative out of that exact same scenario for the winning team.

The Belle Vernon and Mt. Pleasant softball teams have similar thoughts entering a rematch in a PIAA Class 4A quarterfinal game today at 1 p.m. at Latrobe High School.

Aside from the 18 strikeouts and no-hit victory for Belle Vernon pitcher Bailey Parshall, it is a mirror image of last season.

The Leopards downed Mt. Pleasant by the exact same score, 1-0, in the WPIAL semifinals one year ago. They then fell to the eventual state champion Vikings, 5-4, in the PIAA quarterfinals. The five runs were the most given up by Parshall in a game dating back to a pair of losses against Trinity as a freshman.

And while it’s hard to beat a good-hitting team like Mt. Pleasant twice in just over two weeks, Parshall has been dominant all season, especially in the Leopards’ run to three WPIAL titles in four seasons. She has shutout four opponents, allowed only 10 hits and has struck out 70 batters.

2. Aces unavailable: If the WPIAL playoffs were any indication of needing secondary pitching – the quarterfinal and semifinal rounds were on back-to-back days – then consider it a warmup for when Canon-McMillan plays North Allegheny today at Seton Hill University.

The rematch of the WPIAL Class 6A championship game is scheduled for 1 p.m.

But neither Big Macs’ ace Zach Rohaley or North Allegheny’s Luke Trueman, who squared off in pitching duel in C-M’s dramatic 2-1 victory for the school’s first WPIAL title, will be available after each exceeded 75 pitches in first-round wins.

The two pitchers the Tigers might send to the mound would be junior Anthony Hattrup (4-2, 2.79 ERA) or senior Colin Cain (2-1, 0.39 ERA). Cain hit the go-ahead home run in the eighth inning in a 3-1 victory over Erie McDowell in the opening round Monday. He also was the winning pitcher, relieving Trueman to throw 2 2/3 hitless innings.

Canon-McMillan coach Tim Bruzdewicz will likely choose between junior Cam Weston or senior Ian Hess, typically the Big Macs’ first baseman. He will also have the option of throwing Brandon Kline. All three pitched in the WPIAL semifinal win against Pittsburgh Central Catholic.

3. Just keep hitting: West Greene softball coach Bill Simms came back into the dugout from his third-base coaching duties in the middle of the WPIAL Class A championship game against Monessen and shouted to his team that defense wins games.

Well, in all fairness, the offense for the Pioneers isn’t necessarily lacking.

Over the past three seasons, West Greene has scored 171 runs in 19 playoff games (9 runs per game). In their four playoff games this season, the Pioneers are batting .428.

The Spartans are in the state playoffs and only one year removed from a losing record. They defeated Coudersport, 14-6, in a first-round game Monday.

4. Big test for Vatakis, Monessen: If there is one WPIAL Class A softball team other of West Greene that will take Monessen to the tipping point, it could be Union.

Similar to the Pioneers, which Dana Vatakis held in check for two of the three matchups this season, Union can hit.

The two teams meet at 2 p.m. today at Peterswood Park.

The Scotties have 10 players with a batting average better than .400, led by Sarah Seamans, who is hitting .701 with 47 hits, 48 RBI, six doubles, 14 triples and eight home runs. A pair of freshmen, Skylar Fisher and Gianna Trott, are both over .500.

But for as good as Union has been, so Vatakis has been equally dominant.

Vatakis surrendered only one hit in the Greyhounds first-round state playoff win over Cambridge Springs.

5. Close calls: The PIAA tournament is new to every single player on the Ringgold baseball roster.

But coach Don Roberts has to feel good in any competitive game the Rams play in from here on out. Eleven of the 17 wins Ringgold has this season were decided by three runs or less, including its come-from-behind victory over St. Mary’s in the first round Monday.

Ringgold has thrived in narrow margins nearly the entire season, something the program failed to do in the doldrums throughout a majority of this century.

To advance to the PIAA semifinals, Ringgold will take on Hopewell at 6:30 p.m. tonight at Peterswood Park.

The Vikings bowed out of the WPIAL playoffs in a 1-0 loss to eventual Class 4A champion South Fayette.

Hopewell (15-10) had only one victory over a team with a winning record during the regular season but has found solid pitching throughout most of the playoffs. Outside of its 8-6 upset win over Knoch in the quarterfinals, the Vikings’ pitching staff has limited its four other playoff opponents to three combined runs.