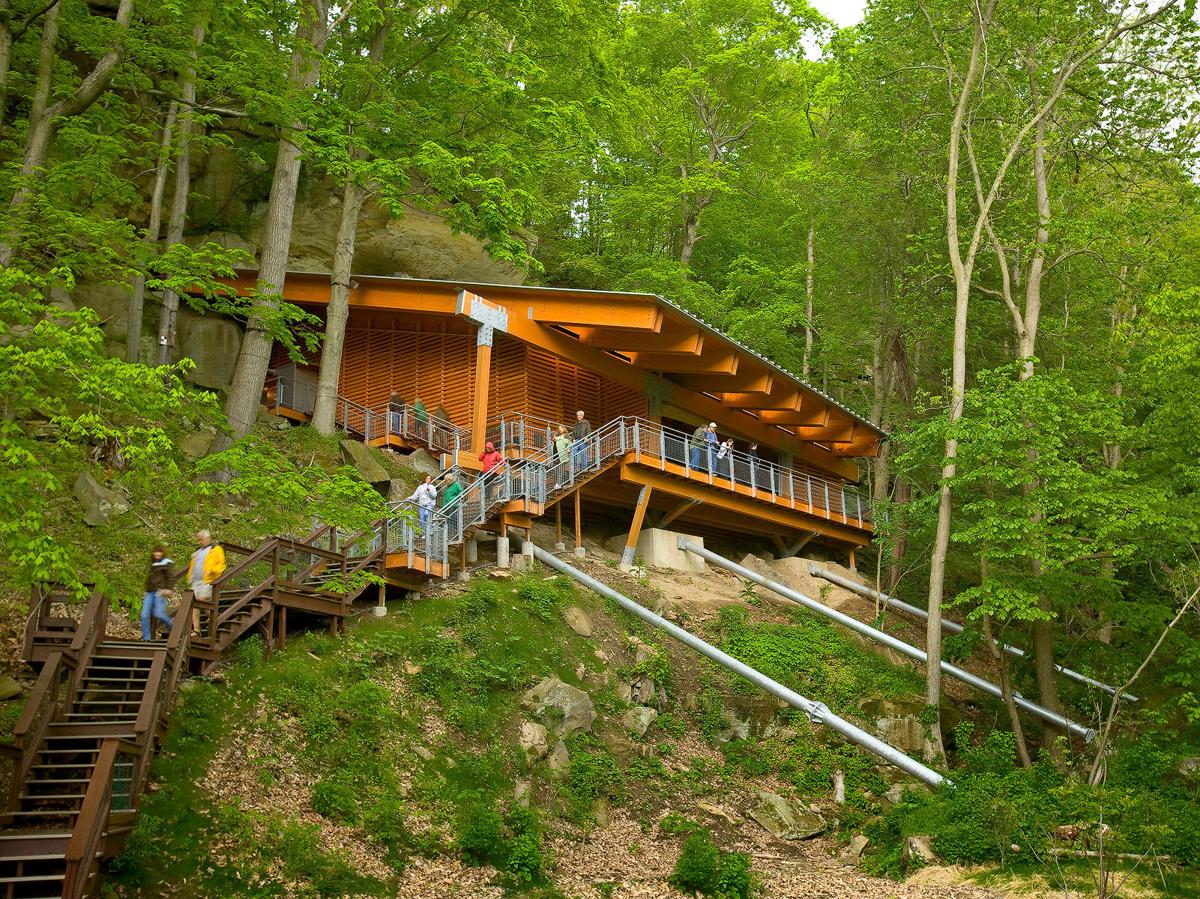 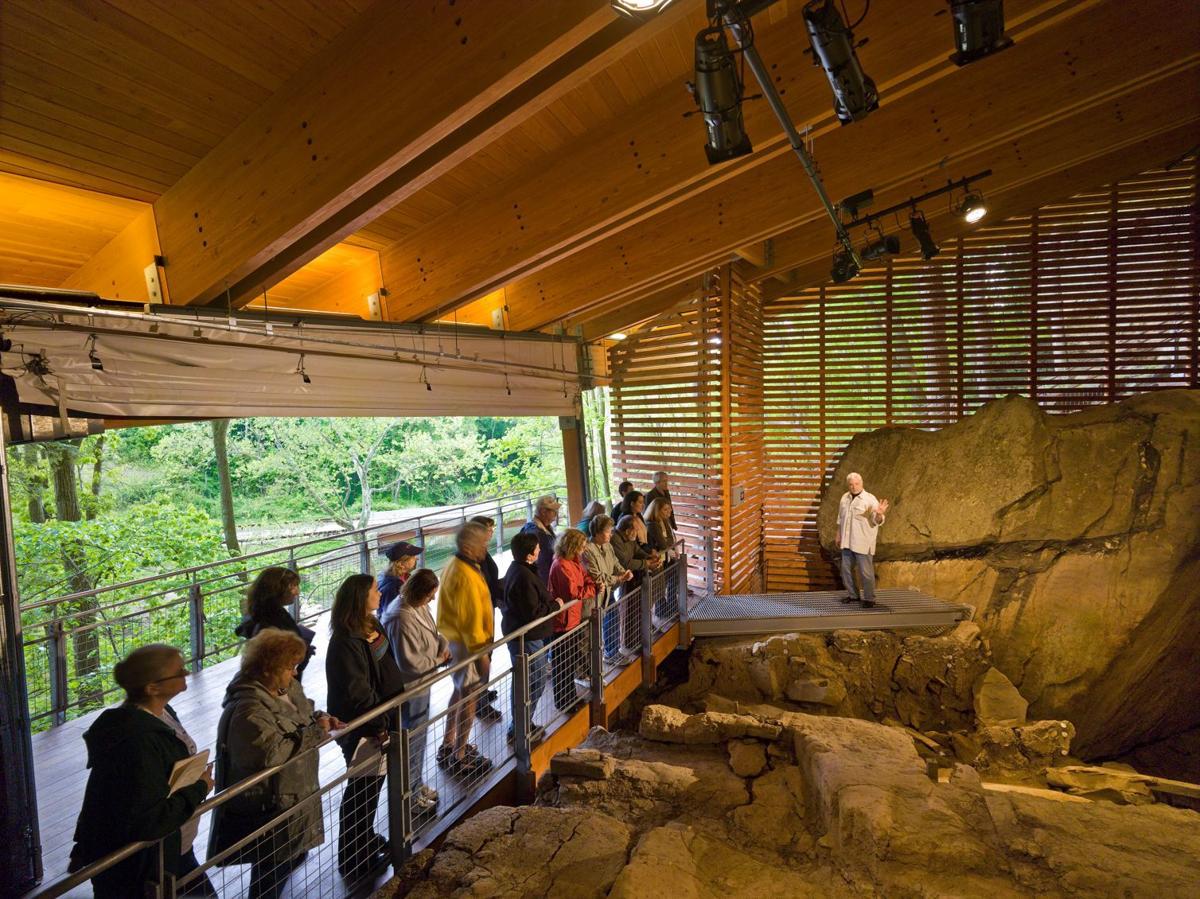 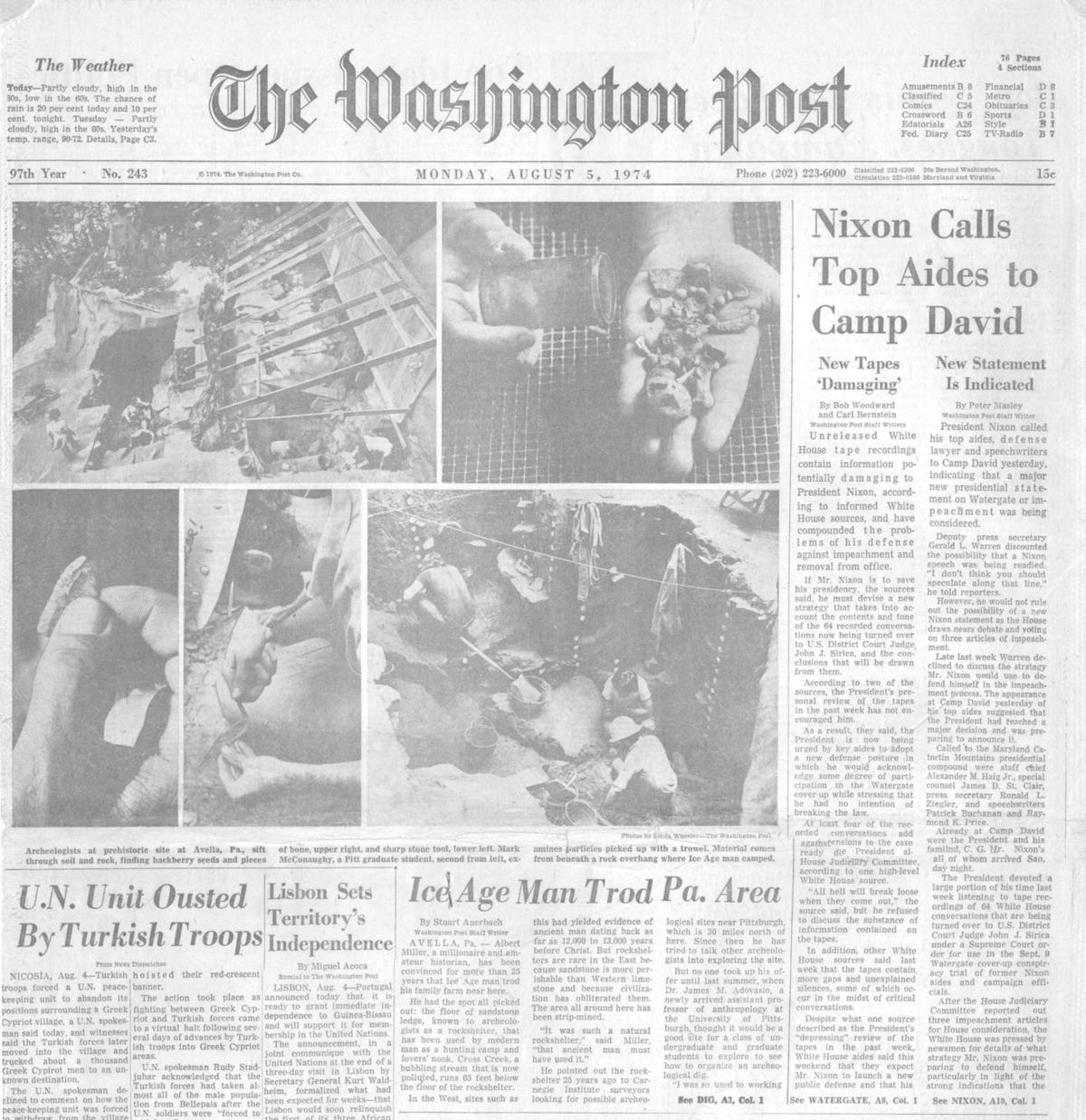 For fifty seasons, Meadowcroft Rockshelter in Avella has been offering visitors a unique opportunity to experience human history—some of it more than 16,000 years in the making.  Now, guests can meet the man behind one of the most important archaeological excavations in North America, as a series of tours kicks off on June 23.

“We call the series our Insider Tours,” says David Scofield, Director of the Meadowcroft Rockshelter and Historic Village. “It’s an opportunity for visitors to hear directly from the archaeologist who oversaw the original excavation at the Rockshelter in 1973, Dr. James Adovasio. That was the dig that eventually brought international awareness to this site.”

For many years, historians believed the earliest Americans belonged to a prehistoric Paleo society known as the Clovis culture, approximately 11,000 years ago. But Adovasio’s excavation at Meadowcroft completely altered that long-held perception. And it all came about—thanks to a local groundhog.

“Here in Washington County, the Miller brothers, Albert and Delvin, owned the property where the Rockshelter is located.  In fact, their ancestors had owned the property since 1795,” explains Scofield. “Albert was kind of the family historian, and he was also an amateur archaeologist. In the late fall of 1955, Albert happened to be walking near the site we now call the Meadowcroft Rockshelter—this overhanging rock ledge situated high above Cross Creek—and he found a freshly dug groundhog hole.  And as he looked closer, he could see that the groundhog had excavated some Native American artifacts. Well, Albert went home and got some of his own tools, a shovel and a screen for sifting, and came back to do some more exploring, and found additional artifacts, including an intact flint knife. He realized at that point that this was a significant find, and it really needed to be excavated by a professional.”

In 1973, Albert connected with Dr. James Adovasio, a new archaeology professor at the University of Pittsburgh at that time. Adovasio agreed to excavate the site, thinking he might find evidence of humans having passed through the area a few thousand years ago. Soon though, it became clear he’d uncovered something even more significant, and they sent artifacts out for further testing.

“By 1974, they got the first radiocarbon dates back from the Smithsonian, and it just blew everybody away,” says Scofield. “Nobody, including Dr. Adovasio, anticipated that the site would have evidence of people camping here 16,000 years ago.”

It was a monumental discovery. “The previous paradigm was that people had only been in North America for about 11,500 years.  Now, they had evidence that pushed that number back another 4,000 to 5,000 years.”

Skepticism about the discovery followed. “It really touched off a big controversy,” says Scofield. “In fact, it was such a big story, in August of 1974, on the front page of The Washington Post there was a picture and a story about the find at the Meadowcroft Rockshelter—and it was one of a very few stories that pushed the Watergate scandal that was also unfolding at that time to a side bar column, just four days before President Nixon resigned!”

Since then, that site has been scrutinized by researchers from around the world, and the evidence has continued to bear out that Meadowcroft was indeed a temporary home to some of the earliest humans in North America.

Guests who register for an Insider Tour will attend an exclusive presentation and lecture by Dr. Adovasio in the Visitor’s Center, with a special tour of the Rockshelter to follow immediately. Marcellus Shale drilling company Range Resources is the sponsor of this series of special Insider Tours at the Meadowcroft Rockshelter.

“We feel a special tie to organizations that recognize the rich history of Washington County, especially right now as Range Resources is celebrating 25 years in Pennsylvania,” says Range’s Mike Mackin, who also serves on the Meadowcroft Advisory Committee. “We are so fortunate to have a facility like Meadowcroft and its parent organization, the Heinz History Center, here in southwestern Pennsylvania. We’re glad to partner with them and be a part of their efforts to showcase thousands of years of human history in the Appalachian Basin.”

Scofield is glad that local partnerships can be used to help tell the story of the Meadowcroft Rockshelter and Historic Village. “We really appreciate the support of Range Resources, it’s great to have them involved and sponsoring these tours.”

Insider Tours of the Rockshelter with Dr. Adovasio cost $15 for History Center members and $30 for non-members. Space for each tour is limited, so advance registration is required. For more information, visit www.heinzhistorycenter.org/meadowcroft  or call 724-587-3412.

This article is sponsored by Range Resources.