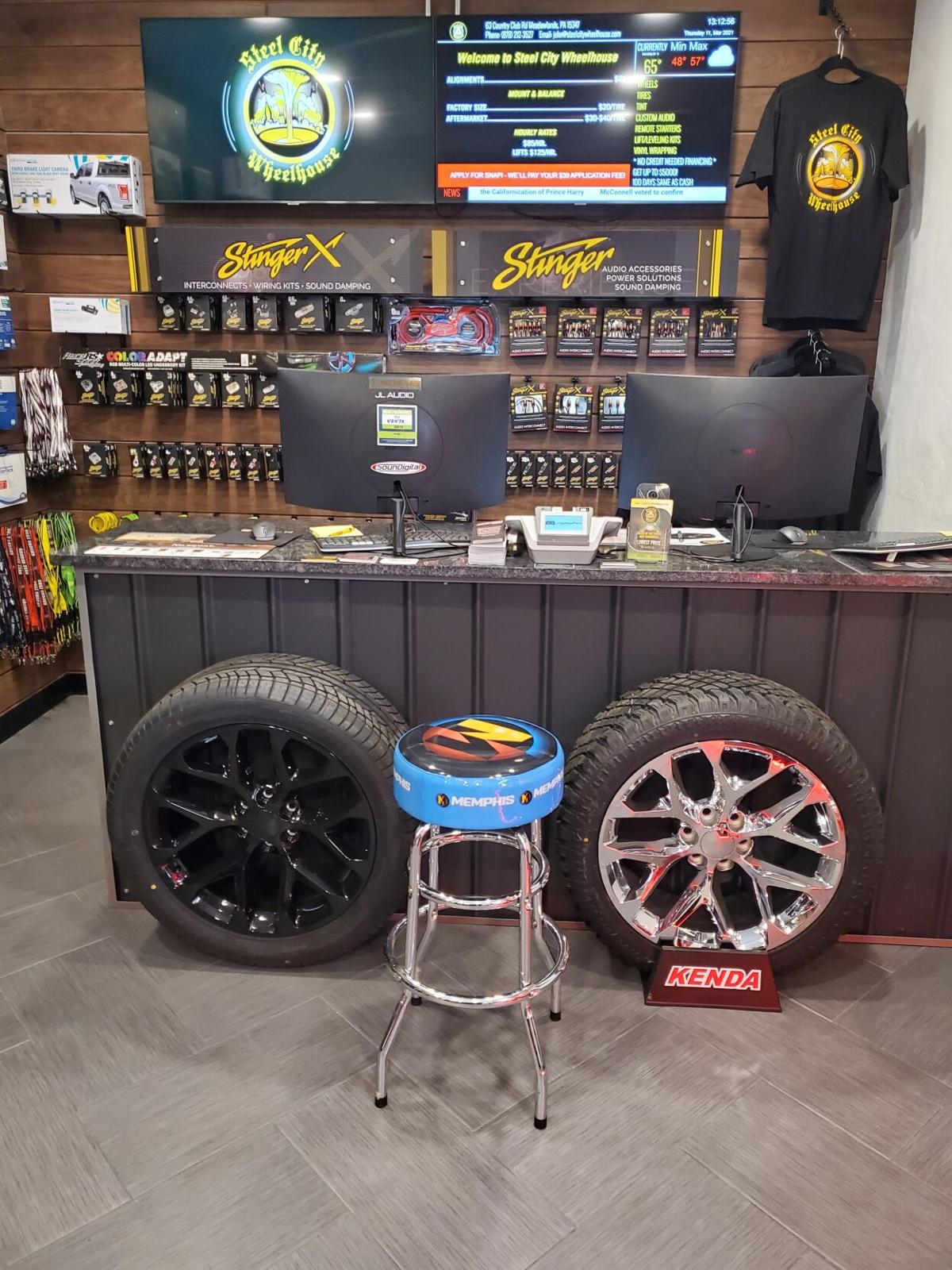 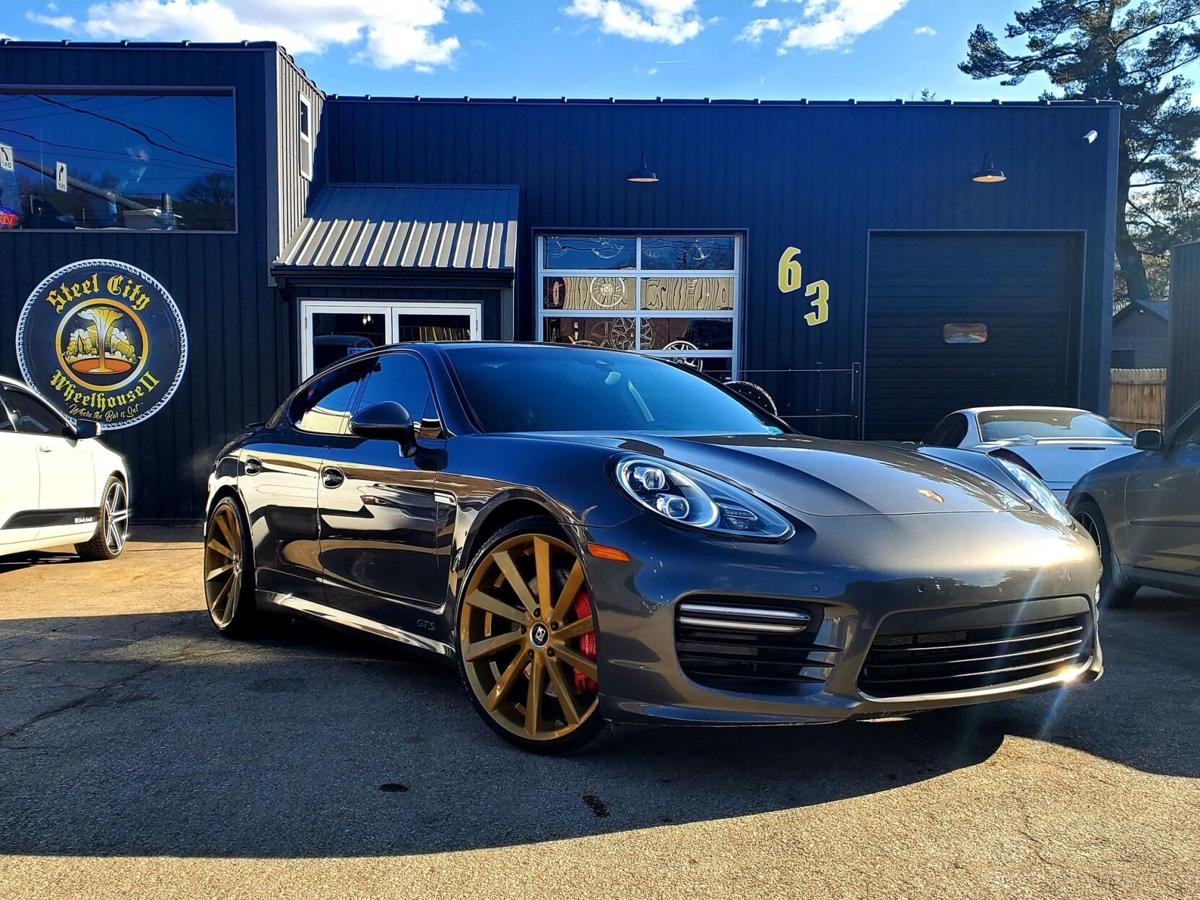 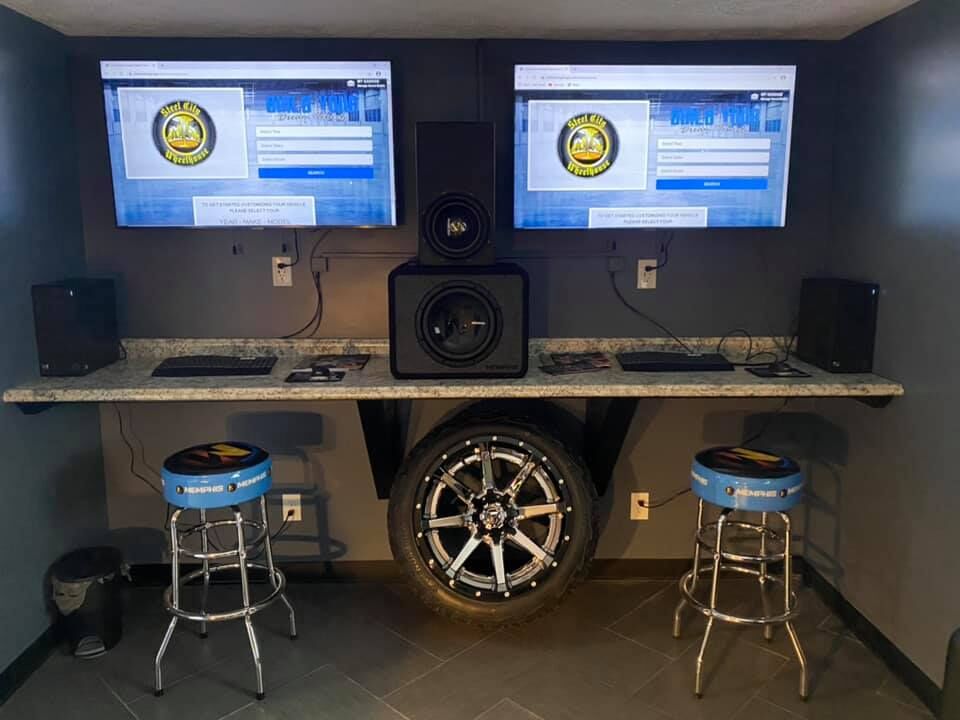 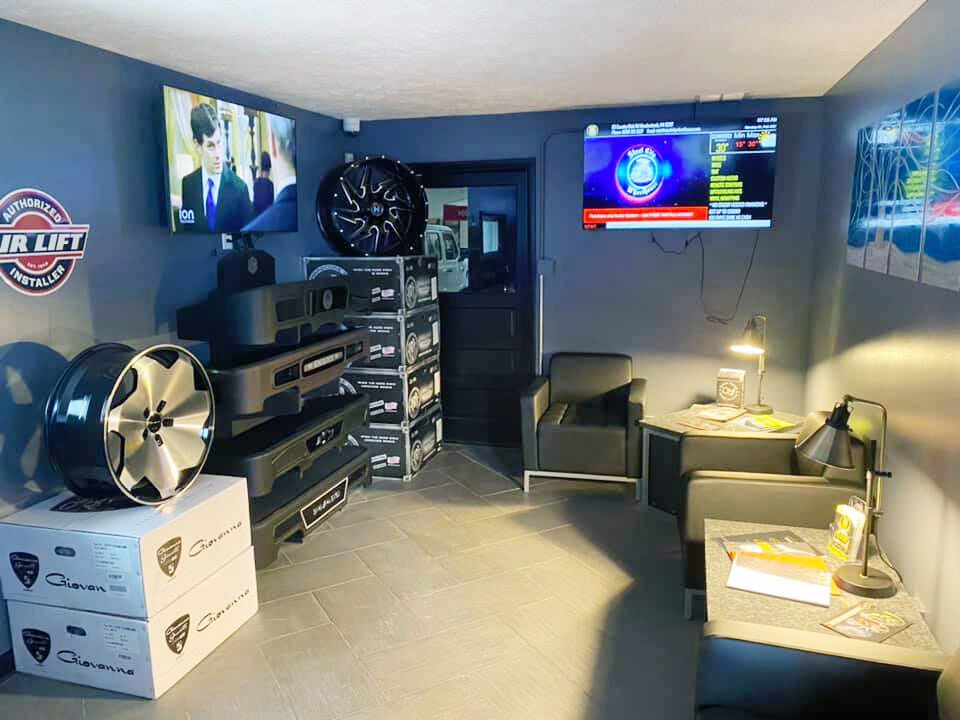 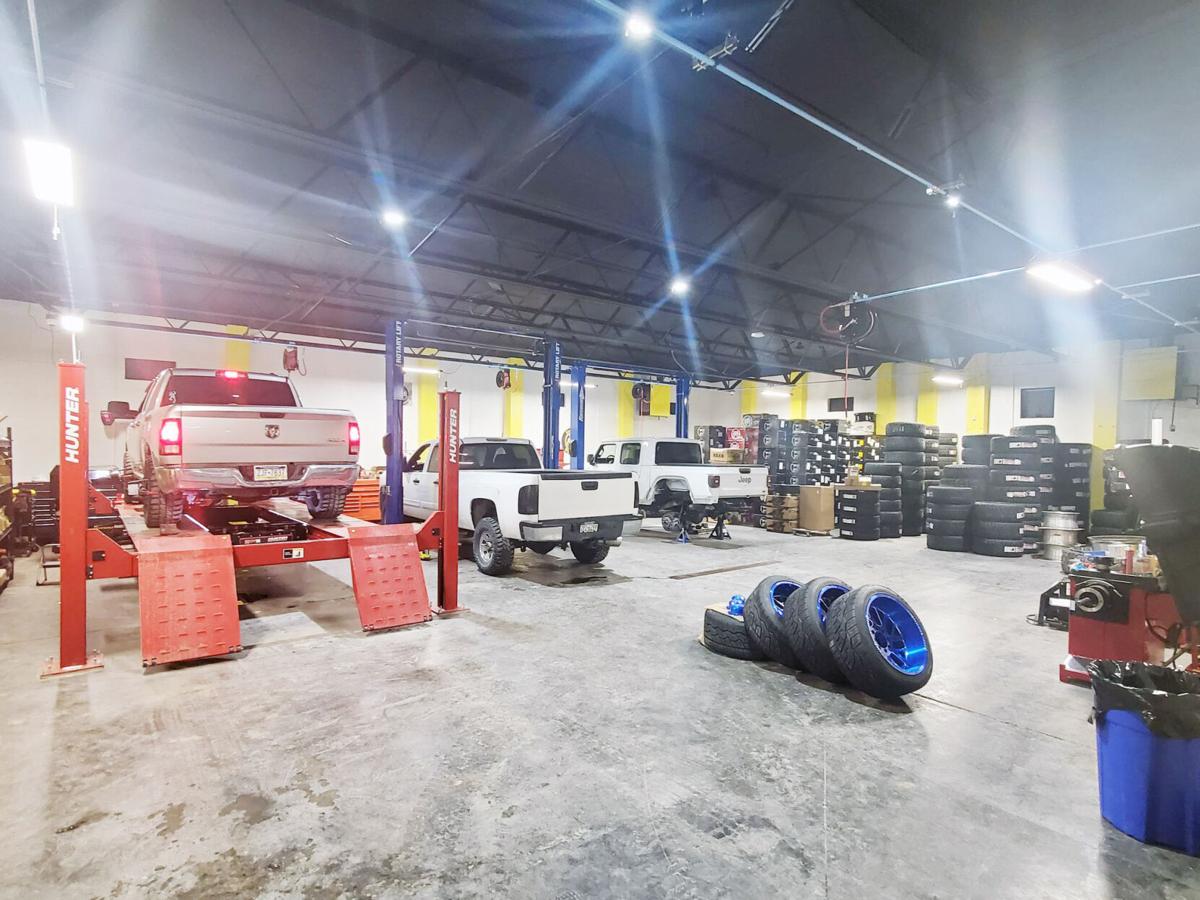 The shop at Steel City Wheelhouse

The shop at Steel City Wheelhouse

Izzy Martini eased on up the road to Imperial, in need of supplies for his new Jeep Wrangler. He pulled into Steel City Wheelhouse, an established auto accessories shop, and while in the process of purchasing, he met John Betancourt.

Betancourt was the owner and, unbeknownst to both, Martini's future business partner.

"We see things the same way. We got along really quickly," Martini said, laughing.

They got along to the point that they now are co-owners of Steel City Wheelhouse II, a second business location situated on Country Club Road in Meadow Lands. Wheelhouse, the Sequel, opened Feb. 1 across from a post office and car wash facility.

Both shops, according to the Wheelhouse II website, specialize in custom wheels and tires, window tint, vinyl wraps and remote starters. Their accessories are for cars and trucks alike, staff at both locations do wheel alignments.

"Our bread and butter is wheels and tires," Betancourt said. "There are a lot of tire companies in the area, but none can beat our pricing.

"We sell items and put them on too. We don't farm out work. Everything is done under our roof."

"We're a one-stop shop," Martini said. "Around here, one guy offers this (service), another guy has that. Sometimes, they have to order stuff. We typically have items we can put on that day."

Both owners say they've been pleased with the response - and business - they have gotten during their first two months in Meadow Lands.

"It's gone better than we had planned," Betancourt said during a mid-March telephone interview. The reaction we have gotten from people has been amazing."

He and Martini have a staff of about 10 in the Meadow Lands, operating in an 8,500-square-foot building that Betancourt says "is as big as car dealership garage. We have some room, but it's filled up."

He opened the first Wheelhouse Jan 1, 2015, on Main Street in Imperial. Betancourt said competition for his shop's services has been keen in that area, but the business has done well there. The simple dynamics of supply and demand eventually led to expansion to a second location.

"The past two years, we've turned down a lot of work because we couldn't handle the demand," he said. "We had to open a second location."

Enter Meadow Lands. Martini and Betancourt acknowledge that they are planning for a third location, but declined to say where it may be.

For Martini, a longtime Washington resident, this is a first foray into the "wheel and tire business." That isn't the case with Betancourt, who said he was 19 when he began working in that specialty. He grew up in Carnegie and remains close to his roots.

Now both feel they are on a roll.

Steel City Wheelhouse II is open from 10 a.m. to 6 p.m. Monday through Saturday.