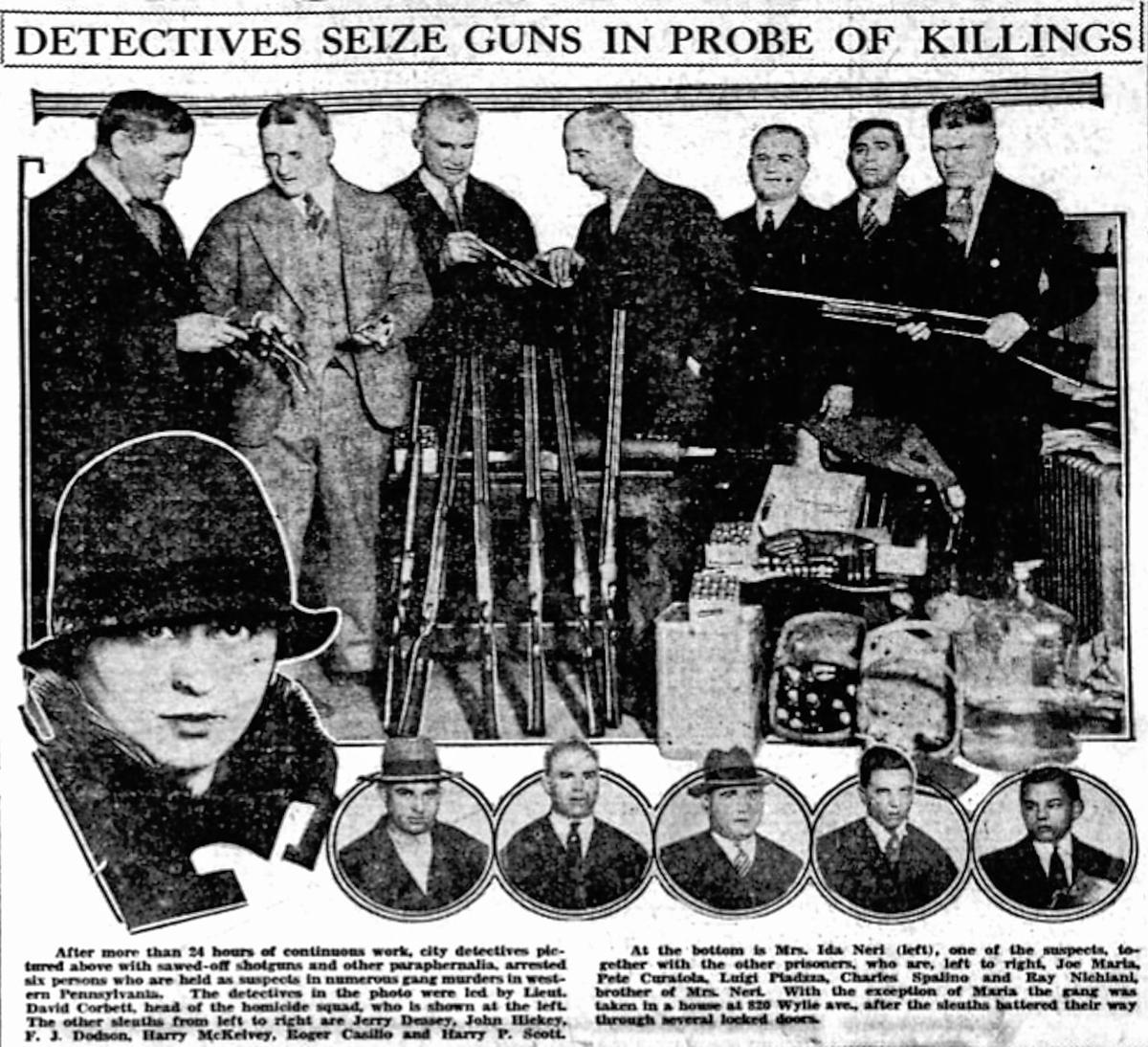 This compilation of photos was published in the Pittsburgh Press on Jan. 19, 1928, following the arrest of several men charged with the murder of John Daniele. 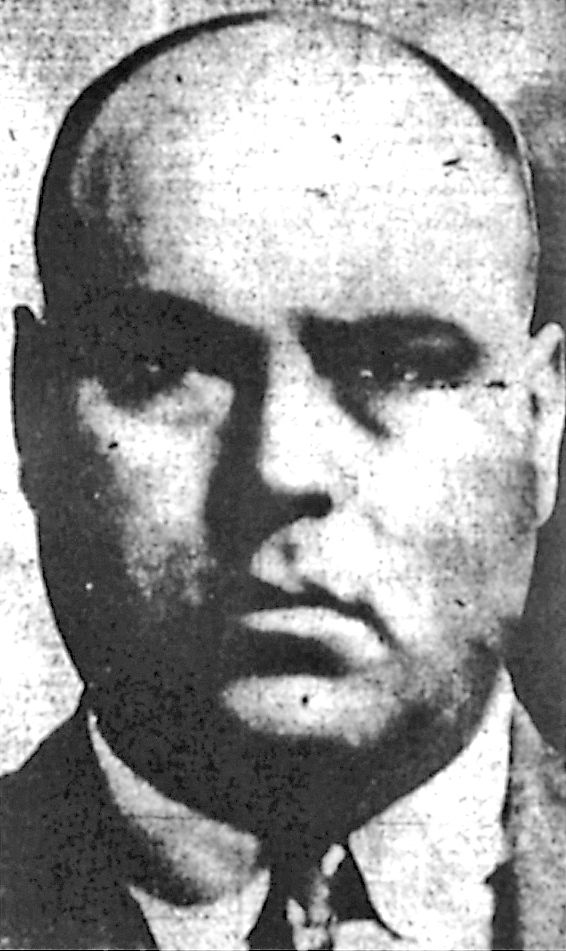 Photo courtesy of Informer magazine ° Frank Milano, reputed to be a Black Hand boss in Pittsburgh and Cleveland, was one of the men who tried to persuade Minnie Orsino to recant her testimony. 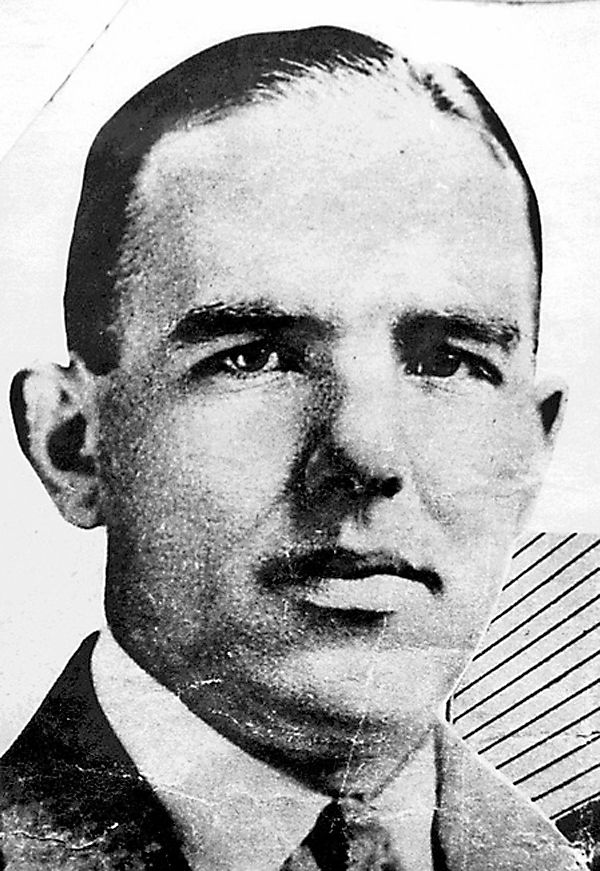 This compilation of photos was published in the Pittsburgh Press on Jan. 19, 1928, following the arrest of several men charged with the murder of John Daniele.

Photo courtesy of Informer magazine ° Frank Milano, reputed to be a Black Hand boss in Pittsburgh and Cleveland, was one of the men who tried to persuade Minnie Orsino to recant her testimony.

The story so far: After 15 years of violent crime committed by Italians on Italians in Canonsburg, Washington County’s district attorney hopes he has crushed the gangster cabal there with the successful convictions of Angelo Fragassa and Marcantonio Daniele. As those two appeal their death sentences, the three main witnesses against them face threats of revenge.

Just after 5 p.m. on Nov. 14, 1923, a car pulled to a stop on Third Street – what is now called Perry Como Avenue – in East Canonsburg. Five men emerged from it and entered the home of Ottavo and Ermenia “Minnie” Orsino.

Speaking through interpreter John Fortunado, Pittsburgh attorney John Robb told Minnie that he was there to save the life of Marcantonio Daniele, and that she was the only person who could help him do that.

In a statement she would later make and sign, Minnie said Robb told her she should change her story that she told at the trial, “suggesting in substance that she say the police and officers forced her to testify as she did at the trial; that she was kept in jail and not given sufficient food to compel her to testify as she did, and that she was abused and maltreated by those in authority to bend her will to theirs in order that she testify favorably to the commonwealth.”

For more than 90 minutes, Minnie said, Robb tried to persuade her to leave in the car with them for Pittsburgh, where she could make and sign an affidavit, noting that there was no time for her to change out of her house dress, that she needed to put on a coat quickly, before local police became aware of their presence.

The other men were Daniele’s lawyer, A. Kirk Wrenshall, and two Italians, Antonio Butera from Carnegie and Frank Milano, alleged to be the Black Hand leader in Cleveland. (Butera was man arrested on the first day of Fragassa’s trial for making sketches of the jail and courthouse.) Robb said Minnie could then travel with them to Harrisburg, where she could recant her testimony before the pardons board. Pointing to Butera and Milano, he said that these men had lots of money and would pay her generously for her trouble.

Robb told Minnie – and her husband, Ottavo, who sat with her the entire time – that if Daniele were spared the electric chair, she would always be treated well and protected in the future by all his friends. The statement also read that “after Daniele went on Dec. 10 (to his execution) that she would go as there would be no one to watch over her, and that she understood from this that Daniele’s accomplices and friends would put her to death for her part in testifying to the truth at the trials.”

Minnie Orsino steadfastly refused to back down from her version of events, but the lawyers were beginning to wear her down when the meeting was suddenly interrupted by county detective T.M. Reese and Canonsburg Police Chief John Crumm. Robb and his party soon departed, leaving without Minnie and, perhaps, without a chance to save Daniele’s life.

End of the line

The pardons board met a week later. The board was apparently not impressed by the defense’s argument that Fragassa’s confession – at Daniele’s trial and later in prison – somehow exonerated Daniele. Washington County District Attorney Howard Hughes argued that Daniele had ordered the murder of Gabriele Fiore, and whether or not he was at the scene was irrelevant. Mrs. Orsino’s statement alleging serious intimidation of a witness did not go over well with the board, either. The board took no action, clearing the way for execution.

Daniele never ceased to proclaim his innocence. On Dec. 7, Daniele’s wife, five children and his son-in law visited him at the Rockview prison in Bellefonte and said goodbye. Just as dawn broke on Monday Dec. 10, 1923, Fragassa was taken from his cell. He went to the chair first, with a smile on his lips, and the request that they leave off the black cap that would cover his face. He was pronounced dead at 7:13.

A few minutes later, Daniele was led into the chamber. Gaylord Lewis, staff correspondent for The Washington Reporter, wrote, “He recognized among those present detectives Dinsmore and

Laird of Washington County. With a snarl on his lips he lunged forward and said: ‘So, you come up to see the show, did you?’”

Daniele remained defiant, Lewis wrote, even as the electric current was coursing through his body.

“Never before in any electrocution here, the deputy warden stated, did a man die with a curse on his lips. At the moment that the first contact was made, Daniele continued to shout such vituperation as seldom has come from the lips of the convicted man,” Lewis wrote.

Stalked in the dark

Jim Pizzarella had been serving a 9-to-10-year sentence for robbery and his part in the slaying of a state trooper near Homer City in 1918 when he was asked to testify about the Black Hand at the trials of Fragassa and Daniele. District Attorney Hughes promised him a reduced sentence in return for his cooperation. The idea of returning to his home, wife and four children in Indiana, Pa., must have outweighed any fear he had of retaliation, and he agreed.

Hughes made good on the deal, and Pizzarella was paroled on April 25, 1924. The other Western Penitentiary inmate who testified, Alfonso Polifrone, would also be released later.

Two weeks later, on Saturday, May 12, Pizzarella, 39, and his wife, Rose, went to the movies at the Strand theater, a few doors from their apartment in the Thomas flats on Philadelphia Street, Indiana. After they left the theater at 10:25 p.m., he asked his wife to go up to their apartment and make coffee. Just when Rose reached the third-floor landing, she heard a shot.

“Just as the first of the crowds on the street approached the doorway of the apartment, the wounded man was seen to stagger out on the steps,” the Indiana Evening Gazette reported. “He managed to pull a revolver from his pocket, but did not have sufficient strength to raise and discharge it; the weapon dropping from his nerveless fingers to the sidewalk. … (He) weakly whispered, ‘I’m shot,’ and then collapsed.

“From the condition of the body it would appear that Pizzarella had taken a few steps up the first flight and had his left hand on the stair railing when he was confronted by the murderer,” the article stated.

“The entire left side of the man’s body was filled with shot, those going in the heart having caused death. After firing the death wound from a shotgun, the slayer evidently raced up the stairs and through the corridor, down over the roof of the Strand theater to the ground, where it has been learned, he entered a Ford coupe that had been parked there and departed.”

The car was seen speeding down the Blairsville road, with police soon to follow on motorcycles. But the killer was never caught.

Her husband’s death left Rose and her four children once again desperate. When she arrived from Calabria in 1912 with her infant daughter ,Theresa, to join her husband in America, she had such high hopes for their future. Now, everything seemed lost.

In her search for support, Rosaria would take her family first to Pittsburgh and eventually to Canonsburg. That’s where a friend from the old country – a friend of her late husband who had also lived in Indiana – said she could find work, and protection, and a better life for her kids. The friend was Alfonso Polifrone, who had also been released from prison for his testimony against the Black Hand.

By the time Pizzarella’s widow and children moved to Canonsburg, the Black Hand had all but disappeared from Canonsburg. The authorities claimed that Daniele was more than a local thug; that he had been boss of the Black Hand in West Virginia and parts of Ohio, as well, and that his eradication had caused the organization in this area to collapse.

More likely, however, was that gangsters in Canonsburg and all over the country had found a more lucrative way to make money than extortion. Prohibition had not ended the demand for liquor, and producing and distributing it was a much easier way to get rich.

But the story surrounding Gabriele Fiore’s murder and the execution of his killers was not over, and neither was the killing.

Next: Arsenic and Old Vendettas