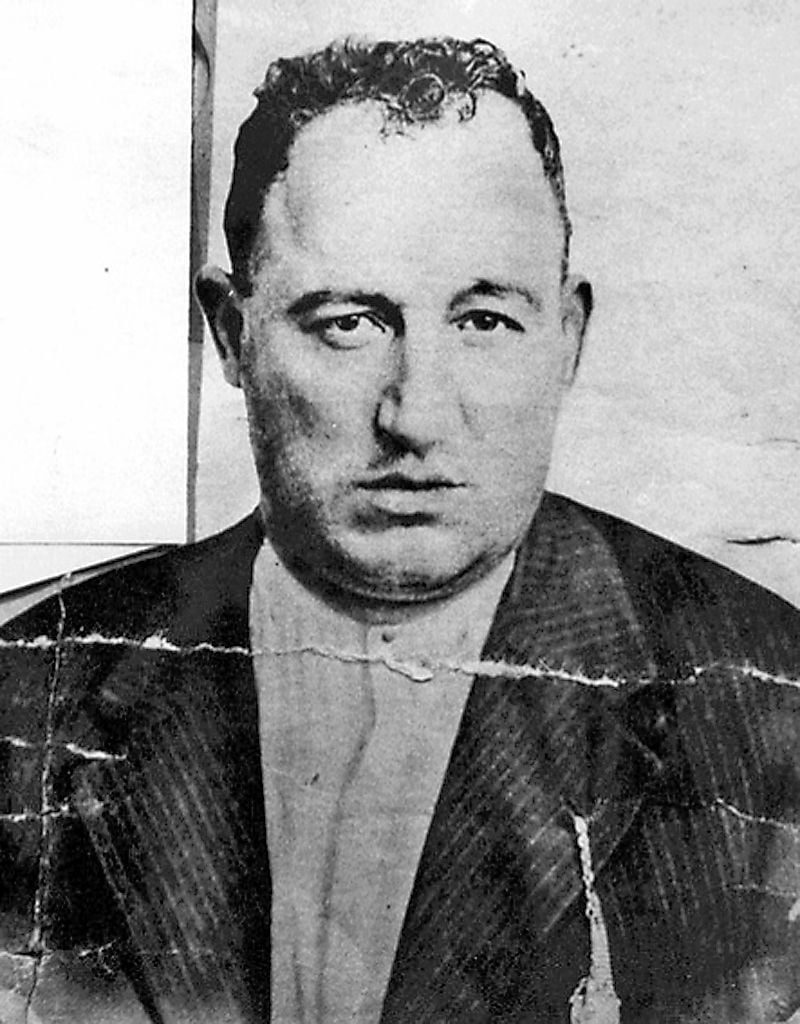 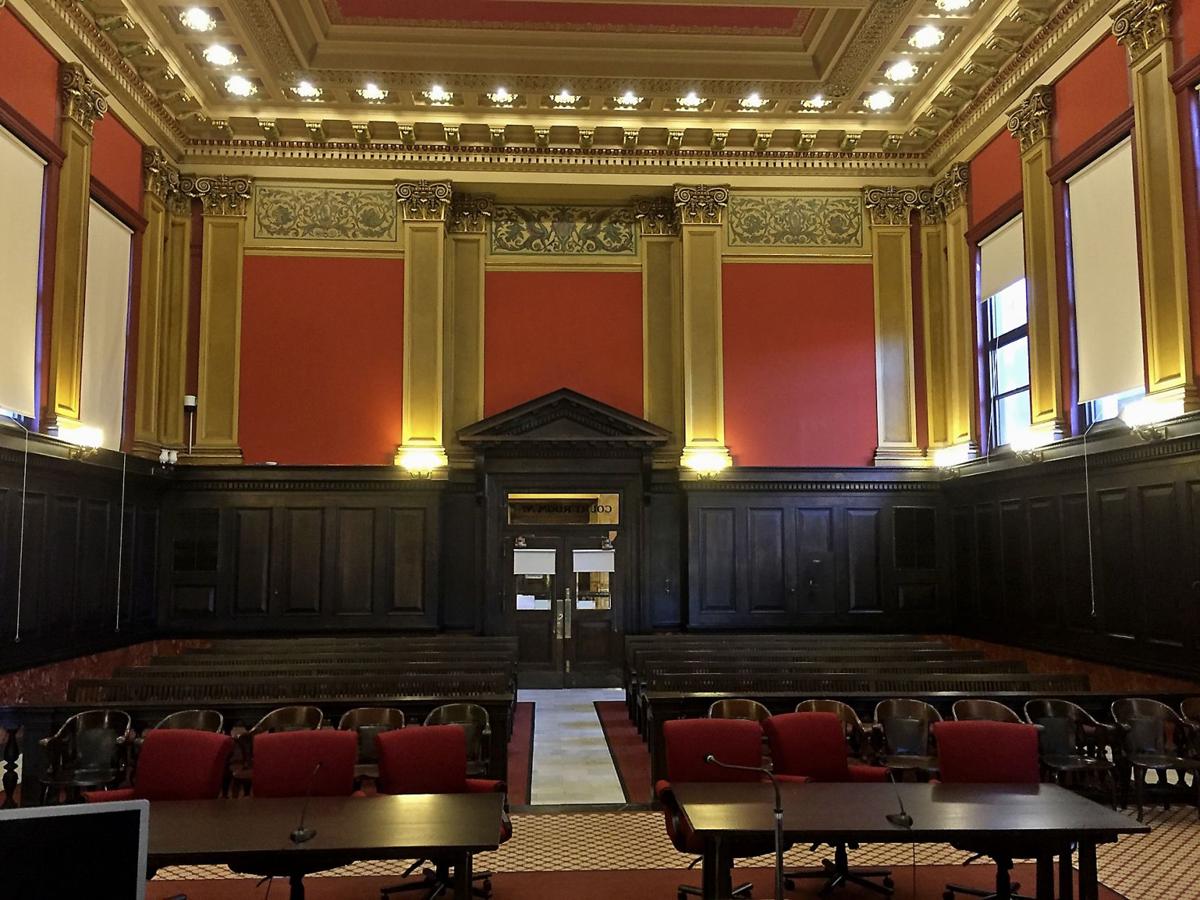 Photo by A. Parker Burroughs ° Courtroom No. 1 of the Washington County Courthouse, from the vantage point of Judge Erwin Cummins 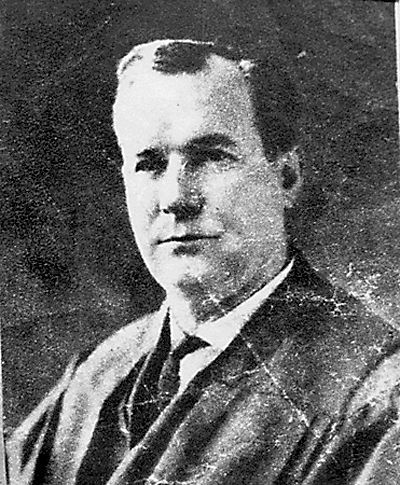 Photo by A. Parker Burroughs ° Courtroom No. 1 of the Washington County Courthouse, from the vantage point of Judge Erwin Cummins

The Honorable Erwin Cummins had never seen his courtroom so crowded. Not since his appointment to the Washington County bench some 10 months earlier had so many people crammed shoulder to shoulder in the five rows of pews of Courtroom No. 1.

The judge had noticed an oddly large number of onlookers in the room for the selection of the last of the jurors on that morning of Tuesday, Nov. 21, 1922, but there was something different and more menacing now as he was about to convene the afternoon session. Never had he seen spectators standing with their backs against the dark walnut paneling at the rear of the enormous room for want of seats, or the curious fighting for position to peek through the windows of the doors.

The audience might have seemed intimidating to the judge, maybe as intimidating as Cummins appeared to the audience. Despite his youth – just 42 years old – the jurist held a commanding presence. With a large head, square jaw and broad shoulders, Cummins had punished many an opposing lineman during his days as a halfback on the Westminster College football team, and later at the same position on the University of Pittsburgh squad as a law student in the earliest years of the 20th century.

The judge scanned the room: the jury assembled to his right; the defendant and his counsel at one table, the prosecutors at the other; their witnesses seated in a line of chairs behind those tables; and behind the witnesses the throng. And of this throng the judge thought, who were these people? Aside from the local reporters, he recognized not a single face of these men with dark hair and olive complexions, most much smaller than the former halfback.

The judge called tipstaff George Langenbacher to the bench and asked him about the men. They started coming in the courtroom the previous day, the tipstaff responded, positioning themselves in the front, close to the jury box and the seats for the district attorney’s witnesses. They are Italian, many of them from Pittsburgh, the tipstaff said.

The murder trial of Angelo Fragassa was by far the most important case Cummins had encountered in his short career on the bench. Fragassa, 28, along with Marcanto

nio Daniele, 40, and his son John Daniele, 18, all of Canonsburg, had been indicted by the grand jury for the murder of Gabriele Fiore, a 27-year-old Standard Tinplate mill worker, shot through the brain in his East Canonsburg home early in the morning of May 29, 1922. The three had been held in Washington County Jail ever since.

The case had attracted widespread attention, because despite the fact that scores of Italians had been murdered over the past 15 years, and hundreds of others victimized by assault and arson, few suspects – members of what had become known as La Mano Nera, or the Black Hand – were ever brought to trial. Bodies turned up routinely, but clues to their demise did not. The killers were skilled, and, according to the popular press, organized in a secret hierarchy. The demands of their victims were quite simple: Give us your money or we will burn down or blow up your house and business; continue to refuse and we will kill you and your family.

This case promised to shed light on these so-called Blackhanders who terrorized their own people – the hardworking immigrants who had fled poverty and possibly the same kind of extortion in their native Italy.

The judge had granted defense attorneys’ request for severance, meaning that the three defendants would be tried separately, much to the chagrin of court staff, who would have preferred to wrap things up well short of the Thanksgiving holiday. Three consecutive trials in the November term would mean day and night court sessions right up to Thanksgiving Day, celebrated that year on Nov. 30, the fifth Thursday of the month.

Fragassa, the accused gunman, was to be tried first, followed by the elder Daniele, portrayed by the prosecution as chief of the Canonsburg chapter of the Black Hand.

Fiore had withdrawn a large sum of money from the bank the day before he died, intending to return to Italy with it. The commonwealth would try to prove that Daniele had ordered his death for Fiore’s refusal to surrender his fortune to him.

Judge Cummins worried how the atmosphere in his courtroom might affect the trial. Would witnesses be too afraid to testify, what with these gangsters staring them down from every angle? As he pondered how to proceed, word came that an Italian from Carnegie named Tony Butera was caught in the act of making sketches of the county jail and was promptly placed in that jail by order of District Attorney Howard Hughes.

Cummins was not about to allow the witnesses to be intimidated, justice derailed, accused killers to escape or his budding career on the bench to be cut short. He ordered the courtroom cleared of spectators. Witnesses, too, would be absent, summoned to testify just as they were needed.

News was printed or ‘megaphoned’

The public’s exclusion from the Fragassa trial only heightened interest in it. Court proceedings were closely followed in the only medium for news and entertainment at the time: the newspapers. Judge Cummins’ order added mystery and danger to an already well-publicized case. But the trials for the murder of the Canonsburg man were not the only things on readers’ minds on that cold and clear day in late November.

Interior construction of the towering George Washington was nearly completed in advance of the hotel’s grand opening in January, and the front pages of the local papers announced that Wade Lowry had been hired as its manager. Also reported were the deaths of two children in a Monongahela house fire and the swearing in of the nation’s first female U.S. senator, Rebecca Felton, 87, of Georgia, who would serve for just one day.

The exploits of the Washington & Jefferson College football team were always of high interest, and it was announced that the team’s game against West Virginia University on Thanksgiving Day would be “megaphoned” to those gathered in front of the First National Bank on South Main Street, directly across the street from the Observer Publishing Co. building then under construction. Because the evening Reporter would not be published on the holiday, play-by-play results from the game in Morgantown would be telephoned to Washington, and a newspaper employee at an upper window would shout the action through a megaphone to the crowd below.

Even though the victim Fiore and his accused killers were all Italians from Canonsburg, readers in Washington, and in fact all over the county, had a keen interest in the trials; the terror inflicted on Italian immigrants, in particular, had been occurring all over the northern United States and Canada.

The first instances of supposed Black Hand crime in this area surfaced in Donora in 1906 and quickly spread to wherever Italians had settled to work in the mines, mills and factories. Citizens of California, Burgettstown, McDonald, Houston, Marianna, Charleroi, Cecil, Monongahela and other communities all faced the threat of extortion. In Washington, at least five brutal slayings from May 1914 to December 1915 were never solved.

Of course, violent crime was not restricted to those of Italian descent. The overwhelming majority of immigrants from that country worked hard and obeyed the laws. The criminal population was as diverse as America was in the 1910s and ‘20s, but media attention did seem to zero in on the Italians. In later years, not just the news media but Hollywood would find fascination in another mainly Italian criminal cartel: the Mafia.

The trials of the accused killers of Gabriele Fiore and the events that quickly followed might well be considered the end of the Black Hand in Washington County. To understand this phenomenon, we must go back to its beginning and meet the characters so central to its rise and fall.

This serial will explore the lives of six people: the three men accused of Fiore’s murder and the three principal witnesses for the prosecution. Of these lives, all but one would end in sudden violence.

Next: The Calabrian Connection