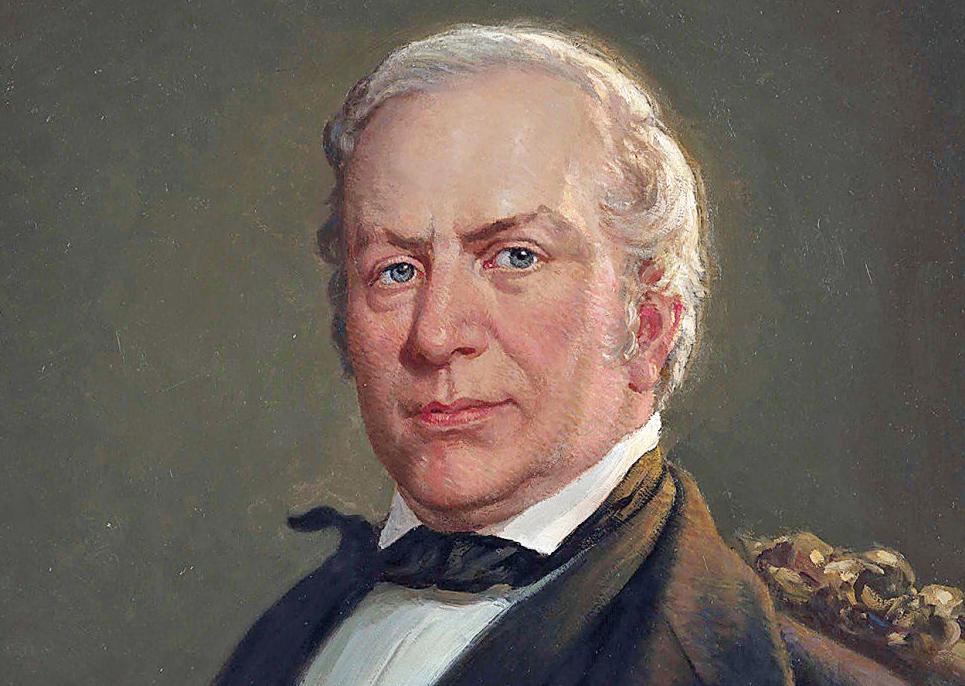 Thomas M.T. McKennan, known for taking on high-profile cases, led the defense team for Edward Nixon. McKennan later was elected to the U.S. House of Representatives. 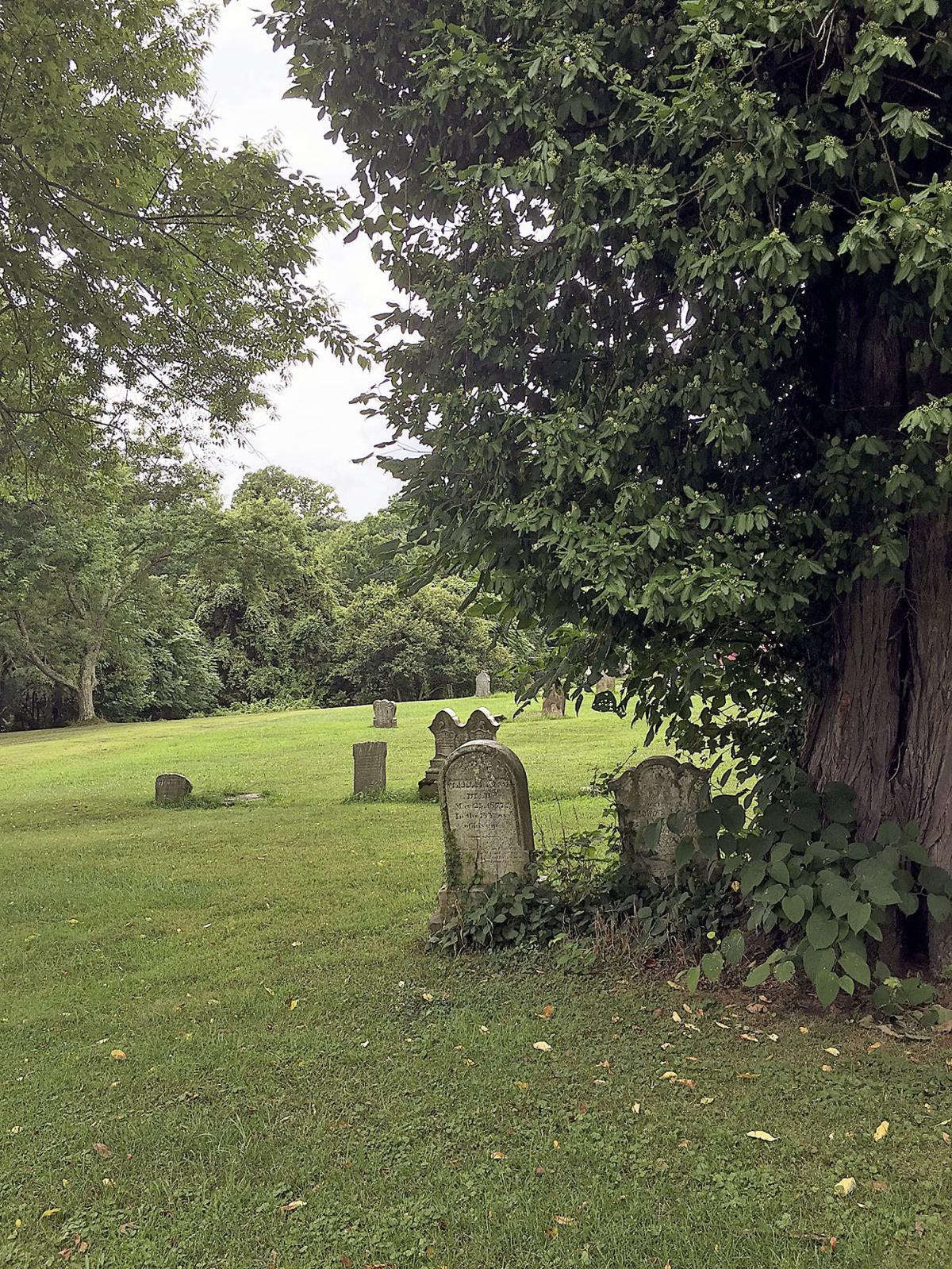 Photo by A. Parker Burroughs

Many of the gravestones are missing from Horseshoe Baptist Church’s graveyard. It is possible that the remains of Rebecca McCrory rest there. 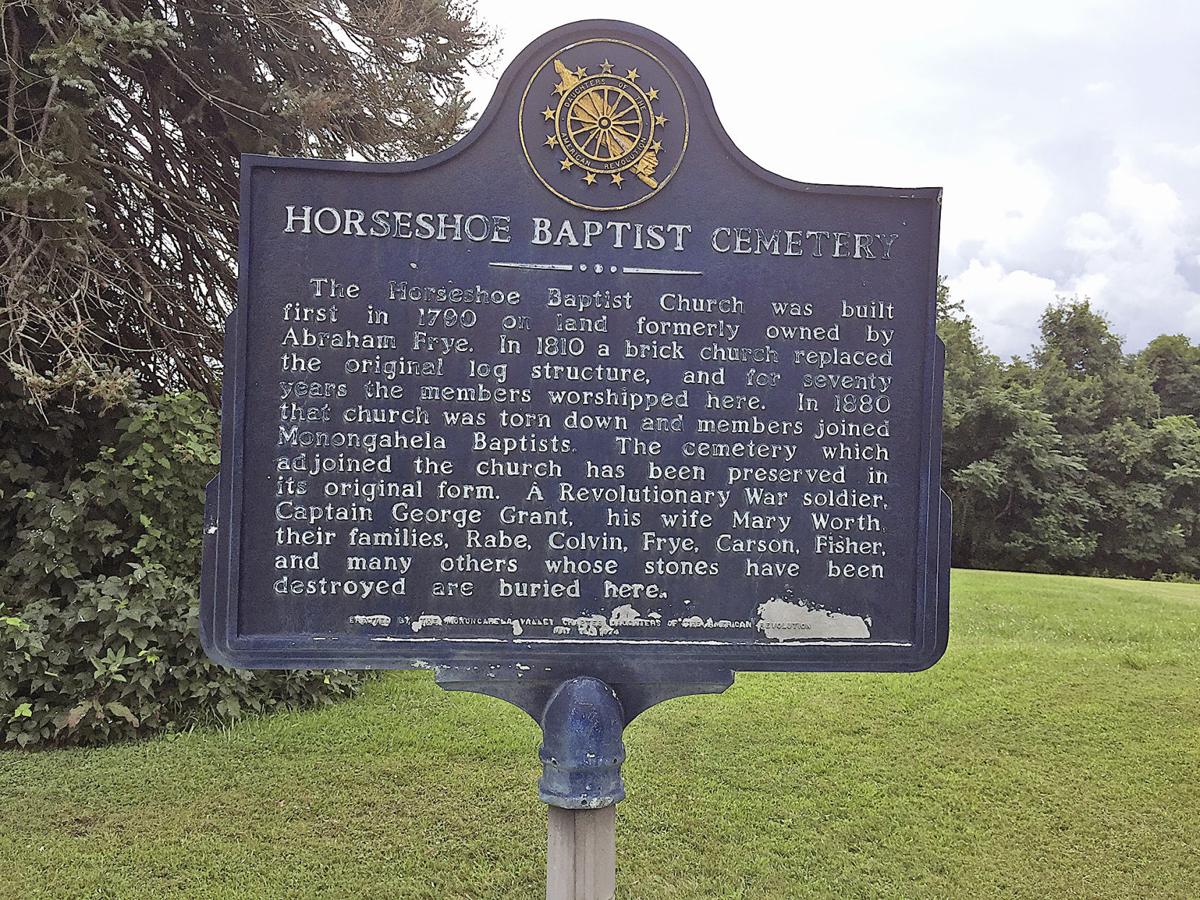 Photo by A. Parker Burroughs

Horseshoe Baptist Church’s cemetery in North Charleroi is maintained and maked by this historical plaque. 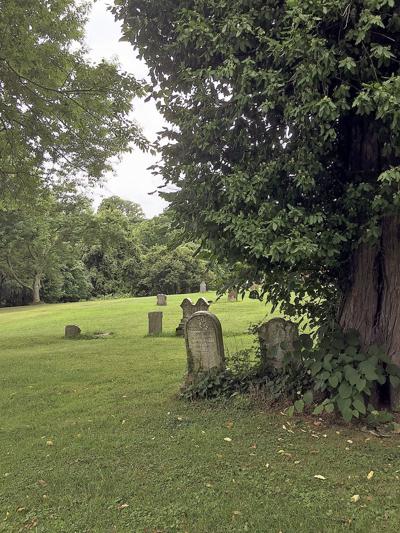 The story so far: After the murder of Rebecca McCrory in 1828, Edward Nixon is jailed and awaits trial. A woman claims she witnessed the murder in a vision in which Nixon wasn’t the only killer, sowing seeds of doubt and fear.

Thomas H. Baird was just 30 years old when he became president judge of Washington County in 1818. Five years later, he sentenced William Crawford to be hanged on Gallows Hill for the murder of his son, just the second execution in the county. It was a public spectacle for which as many as 15,000 people came to witness.

On nearly the same day that Edward Nixon was jailed, a slave named Kit was the third to be put to death. He had been convicted of slaying his master, for which Baird had sentenced him to die five months earlier.

On the morning of Thursday, March 26, 1829, Nixon was led into Judge Baird’s courtroom to face a jury that he feared might choose to make him the fourth to go to the gallows.

The Washington County Bar was a cozy club at the time; although they opposed each other at this trial, McKennan and McGiffin were friends and law partners at Parker Campbell.

The prosecutors faced an uphill battle from the start. They had no murder weapon, no physical evidence and no clear motive for the crime. They would rely instead on what Brady called in his opening remarks, “circumstantial proof.” One advantage they did have, however, was a lie Edward Nixon had told over and over again.

Rebecca’s throat was cut, as Brady told the jury, “only by a strong hand and a sharp instrument.” The knife found near her hand was too dull and small to have been used. And it was believed the defendant had possessed a long, sharp knife known as a Spanish dirk as little as a week before the murder, which Nixon vigorously denied. No such knife was ever found.

Nixon was visited frequently by friends and family while awaiting trial in the county jail, then a two-story limestone building with four-feet-thick walls and a courtyard built in 1824 and surrounded by an exterior wall three feet thick and 15 feet high. Two of Nixon’s friends – Hiram Smith and John Hormell – came to see him in February, accompanied by James Powell, who did not know Nixon but was curious to see him.

“James Powell told him he was from the neighborhood,” Smith testified. “He told him the number of witnesses. Nixon asked what were the reports, etc. He then told him what would be proved about the dirk knife. He (Nixon) then pulled a knife out of his pocket and said, ‘This is the only knife I have had for 10 years.’”

It was a penknife with a blade barely two inches long, used to cut quills for writing, and he had denied owning any other knife on numerous occasions. But other people had seen Nixon with a much larger knife, among them shoemaker Jacob Boney and two of his children, Elizabeth and Jacob Jr.

“Nixon was at my father’s house a week or ten days before the death of Rebecca,” Elizabeth, 16, testified. “He had a dirk knife and my brothers asked him for it. He said it was not for them to handle. There was a spring in the back of the knife and it seemed as if it had a very sharp edge and was bright… He was doing nothing with the knife. He had the blade open and it seemed as if it had a keen edge. It appeared as if a new knife.”

Noah Scott was the first witness called by the commonwealth when the trial resumed Friday morning.

“I saw Nixon on the Sunday before the body was found at Aaron Ailes at meeting sitting on an ox yoke near the fence whittling a riding switch with a dirk knife,” Scott testified, showing the court the position taken by the defendant.

Sunday worship services were called “meetings” and often took place at people’s homes and might last from late morning until sunset. The meetings on Oct. 26, 1828, were early at the Ailes house and later at the Taylors’. Nixon did not participate in the services but rather loitered outside with others, and it is clear from the testimony in this trial that these meetings were for young people as much of an opportunity to socialize as to worship.

Although the prosecutors succeeded in putting a possible murder weapon in the hands of the accused, they could not prove that he had the time to use it or to transport the body to where it was found, across the creek from the McCrory homestead.

McKennan opened his defense by blasting the commonwealth’s case as full of “false reports, trifling circumstances” and “prejudices.” Furthermore, Nixon had an alibi.

A procession of witnesses testified to Nixon’s whereabouts from about sunset on Saturday until Monday morning, shortly before the discovery of the corpse. Chief among these witnesses were Nixon’s mother and sisters.

“Saturday evening I went to bed before dark,” Nixon’s mother, Margaret, testified. “I could yet see to sew. Ed came home between sundown and dark that evening. I had lain awhile and got up and heard him washing. I looked out of the window and saw him. I went out into the other end of the house and met him. I told him there were victuals on the table. He enquired for milk. I went out and when I came back he was going up to his bed.”

Nixon’s sisters Jane and Fanny stuck to the same story, describing his arrival at home before nightfall on Saturday, his leaving for the meeting on Sunday morning and his return at twilight Sunday evening.

Other witnesses contradicted the testimony of the defendant’s family, putting Nixon miles from his home at about the same time his mother and sister said he was going to bed.

We cannot know what went through the minds of the jurors, but we do know their verdict. In the end, although they might have believed Nixon killed Rebecca McCrory, the prosecutors had not provided any proof he did. And so he was deemed “not guilty.”

Mrs. Morton, who had recounted her bizarre dream in which she claimed to witness the murder, was not called as a witness, her vision being judged inadmissible. There is no mention of her or her dream in what exists of the trial transcript, although witnesses were questioned about the old wash house, where Mrs. Morton believed the murder took place. But it is impossible to know all the details of the trial because pages from the handwritten transcript are missing.

The transcript, now in the possession of the Washington County Historical Society, was apparently secreted from the county courthouse many years ago. Perhaps that is why the trial is not listed for that trial term for 1829. Four pages are missing from its middle as well as an unknown number of pages at the end. Also missing are all but a few lines of the deposition of William Stewart, a friend of Nixon’s and the last person to see him on Saturday evening, shortly before Rebecca was last seen.

Mrs. Morton dreamed that Nixon had help in killing Rebecca and moving her body. Many might not have believed her clairvoyance but might have come to the same conclusion on their own.

Did the defense team use these suspicions to their advantage? Did testimony in the trial point to another person’s involvement, and the pages mentioning that person later destroyed? Why was William Stewart – who should have been a key testifier – deposed (that is, allowed to give written instead of oral testimony) rather that put on the witness stand? We will never know.

Back in the settlement at the south branch of Maple Creek, now known as Twilight, the atmosphere in the wake of the murder trial was toxic. Edward Nixon left almost immediately for Ohio and, perhaps, points west. His fate is yet another mystery.

For the McCrory clan, and all the families to which its members were related – the Speers, the Crows, the Fryes, the Greggs, the Allens, the Wards and Haveleys, no mystery existed as to who killed Rebecca. They might have blamed themselves for not seeing justice done.

J.H. Cunningham’s grandmother was one of Rebecca McCrory’s sisters.

“I stayed with my grandmother when a boy and went to school and heard her relate the story at different times,” Cuningham wrote in a letter he sent to the Historical Society. There was no doubt about how the woman felt about Nixon’s involvement.

“Grandma told me she could take an ax and cut him up by inches.”