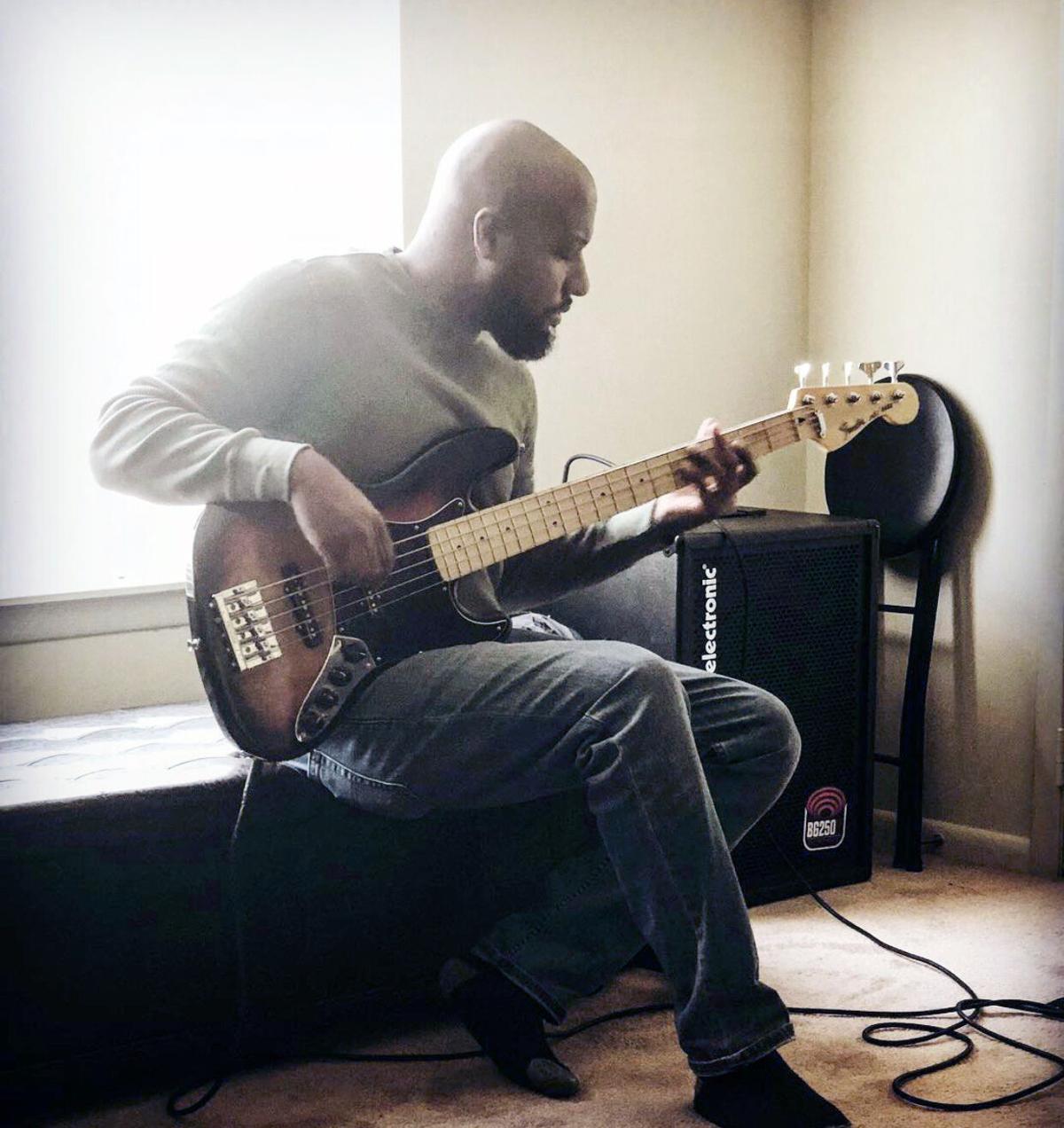 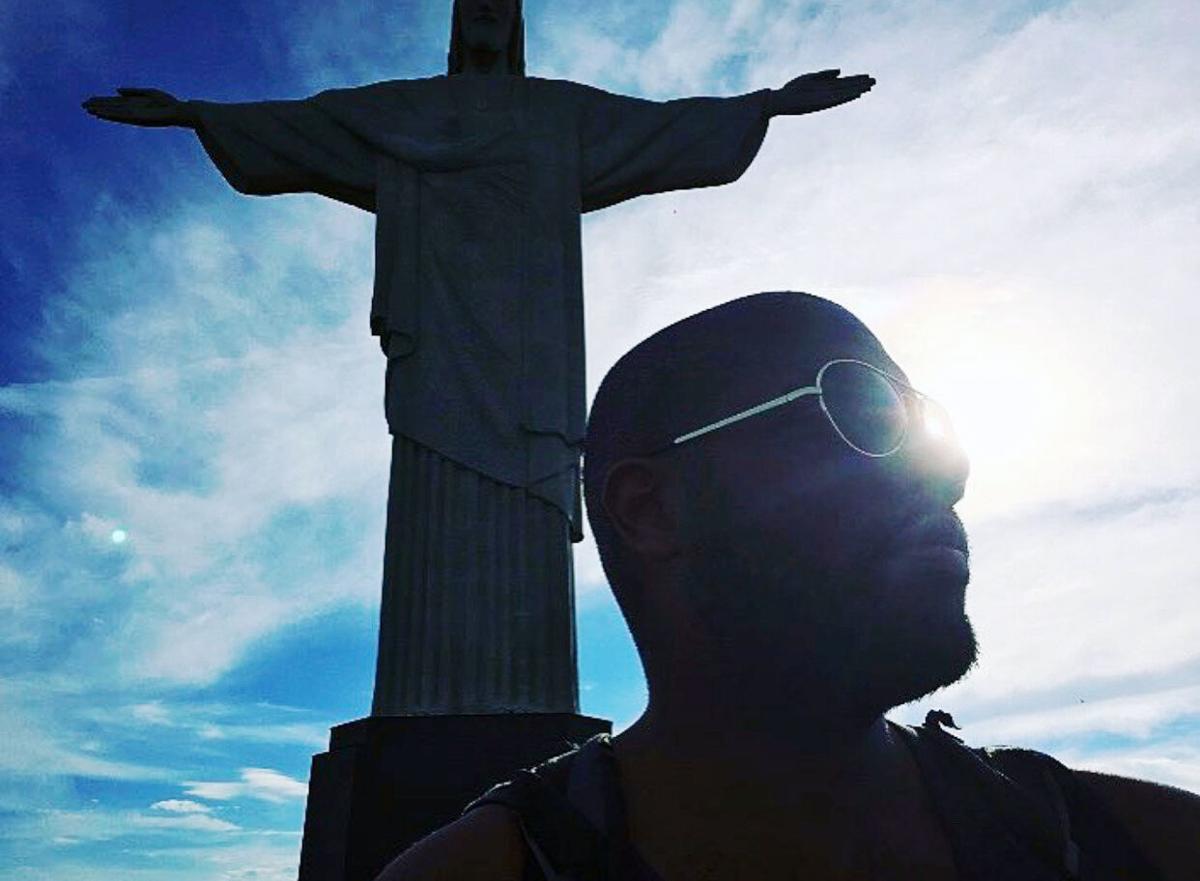 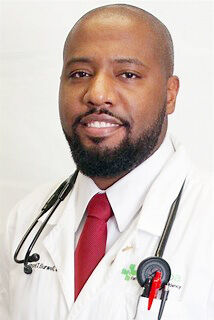 Dr. Lenord Burwell is a physician at AHN Canonsburg Hospital.

Dr. Lenord Burwell is a physician at AHN Canonsburg Hospital.

Burwell, a native of Bronx, N.Y., graduated from Clark University in Massachusetts with degrees in molecular biology and biochemistry, and earned a medical degree from Howard University College of Medicine in Washington, D.C.

He also completed a residency in family medicine in Alabama before a fellowship led him to a medical center in Wilkes-Barre.

“That’s what brought me to Pennsylvania,” said Burwell.

He joined AHN Grove City, and about a year ago accepted a position at AHN Canonsburg Hospital.

An artist and musician who volunteered and taught with the Bruce Wells Upward Bound Program, Burwell said medicine enables him to combine, in some ways, all of the things he is passionate about.

“At the core, I like having the opportunity to play a role in patients’ health. I get the joy of knowing I’m working as a team with the family to provide greatest level of care. I have an interest in teaching, and I believe I do that in the hospital, counseling patients on treatment to give them an understanding of their health, and to provide some degree of autonomy in the management of their health,” said Burwell. “The thing I like about medicine is I get to help people, I get to teach, I get to create. I think that it’s like a new canvas every time.”

In his spare time, Burwell plays electric and bass guitar.

He picked up the instrument while he was a student at Clark, where several of his dorm mates were musicians. He played bass in a small band in Massachusetts, and he played in a jazz band while attending Howard.

More recently, he transitioned to the electric guitar, and admires guitarists including Jimi Hendrix and Stevie Ray Vaughan.

He also enjoys learning languages. Burwell is proficient in Spanish and speaks “fairly fluent” Portuguese, which he began to speak during a summer international medicine residency in Brazil.

“I really grasped the language the second time I was there, and that was important because I developed a great depth of bonding through language. You get to share your opinions and your passions and your ideas,” said Burwell.

He also picked up some phrases in Egyptian Arabic during a summer residency in Egypt, “But it was tough,” he said, laughing.

In high school, Burwell was interested in graphic design. He also had an interest in science.

Graphic design led Burwell to anatomy (“I wanted learn the functionality of anatomy,” he said), which ultimately resulted in his interest in medicine.

A self-described “foodie,” Burwell is especially fond of seafood.

“I’m fairly new to the area, but people have been recommending good restaurants that I have to get to,” he said, describing a recent crab and shrimp dish he enjoyed at a local restaurant.

On his weeks off, Burwell returns to Bronx to visit his parents and family.

Q. What is the best thing that happened to you this week?

A. I had the opportunity to spend quality time with loved ones for dinner.

Q. What’s something that everyone in the world can agree on?

A. Everyone appreciates when you take the time to show them that you care. Taking the time to give someone in need the best quality that your given skillset can provide is rarely greeted with opposition in many aspects of life. This is one of the core principles that I try to live by.

Q.What topic could you spend hours talking about? Why?

A. I can spend hours talking about music. I’ve developed a passion for guitar over the years that has provided me with the opportunity to play with great people and build long-lasting friendships. I truly believe that music is the universal language that crosses all barriers.

Q. Baseball players have a walk-up song that plays when they get up to bat. What would your walk-up song be?A.

I’m terrible at baseball, but If I had to get myself pumped up to bat, I would definitely need the motivation of Queen’s “We Will Rock You.”

Q. What movie or movies can you watch over and over again without getting tired of it/them?

A. I would have to say Star Wars. I can’t recall how many times I’ve watched the series, but I sure wouldn’t mind watching it again in my spare time. It never gets old for me.

Q. What food can you not get enough of?

A. I’m a seafood foodie. It would have to be a tie between Chilean sea bass and Alaskan King Crabs.

Q. What do you want people to know about the COVID-19 pandemic?

A. This experience has challenged us to establish a more supportive and unified front, tackling our greatest fears and testing our faith in one another.