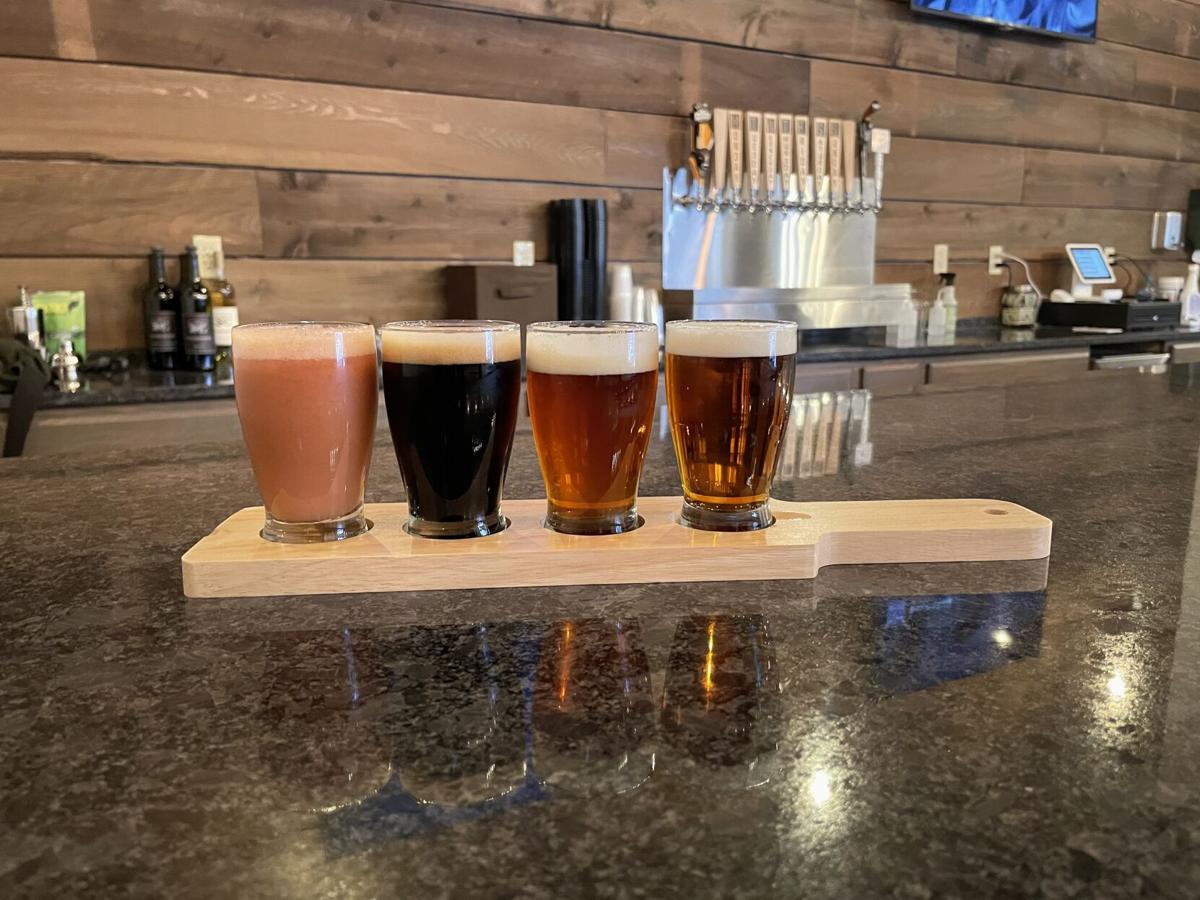 Mondays Brewing Co. has a unique offering of beers ready to sample in its McMurray taproom. 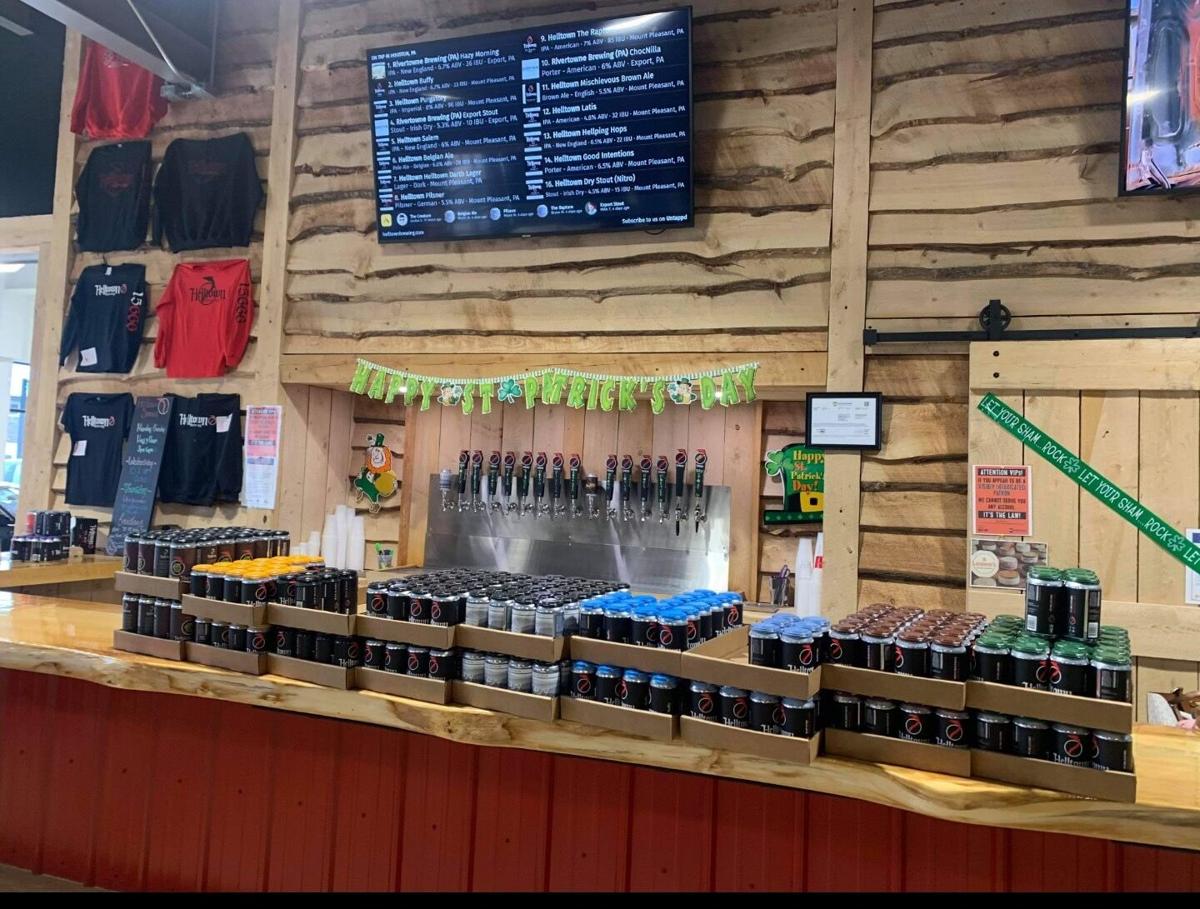 Helltown Brewing in Houston is always ready with cans to go. 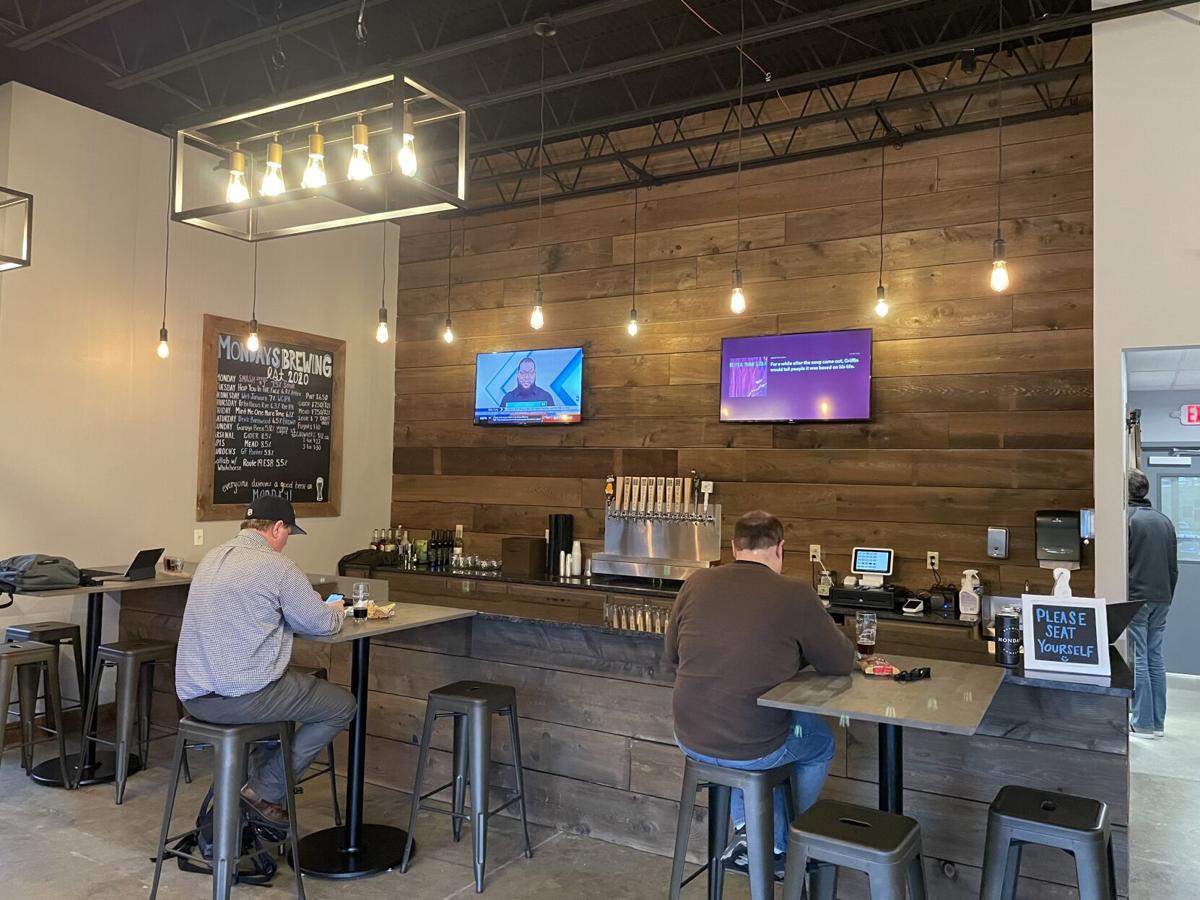 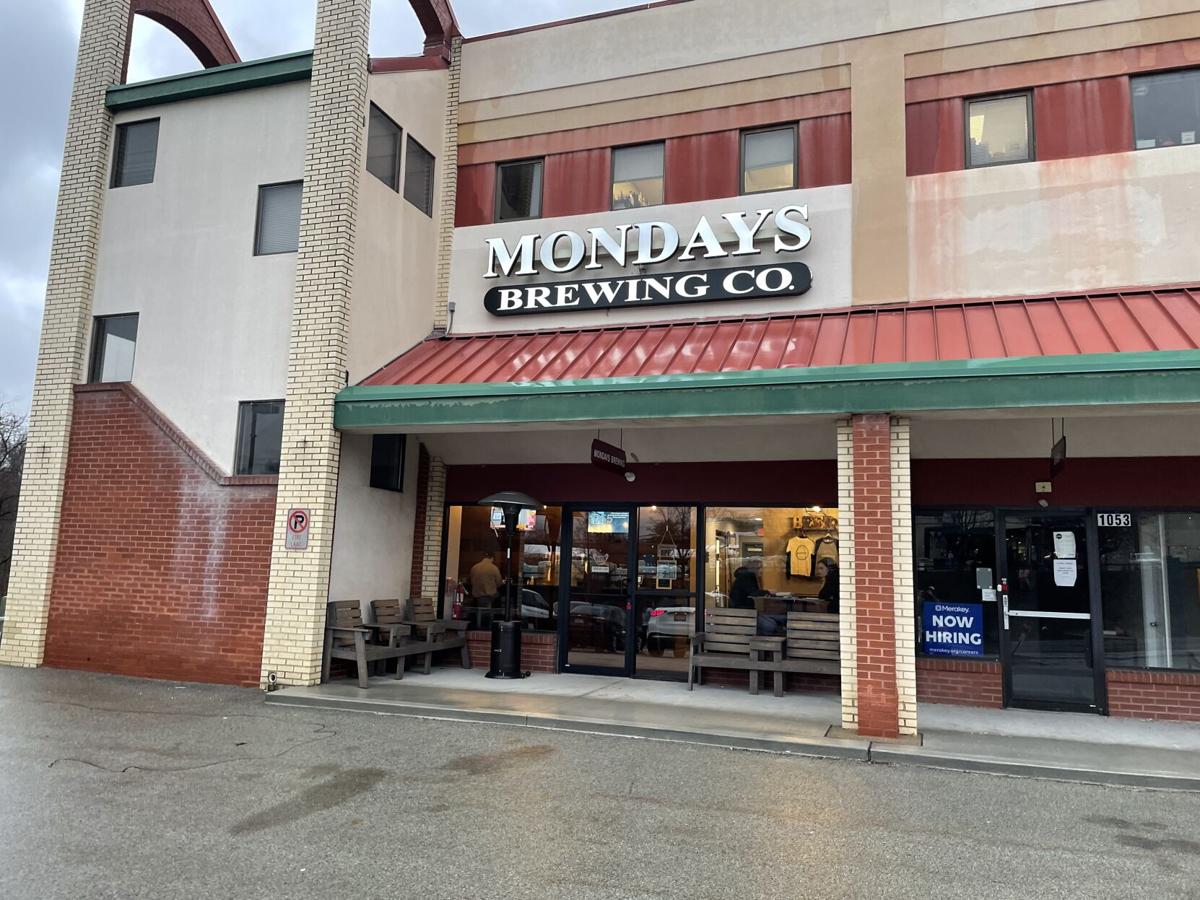 Mondays Brewing Co in McMurray is located along Route 19 in Waterdam Plaza. 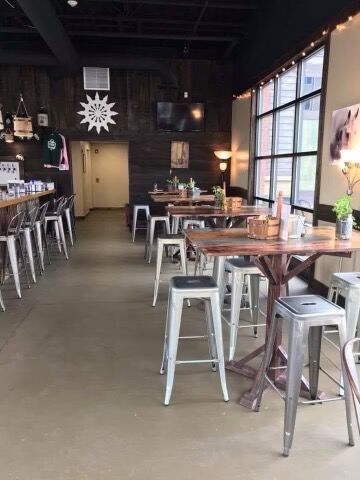 Whitehorse Tavern in North Strabane Township provides a safe and inviting environment to sample some beers. 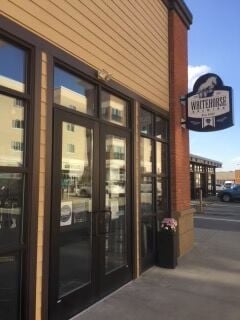 Whitehorse Brewing is located near The Meadows Racetrack & Casino in North Strabane Township. 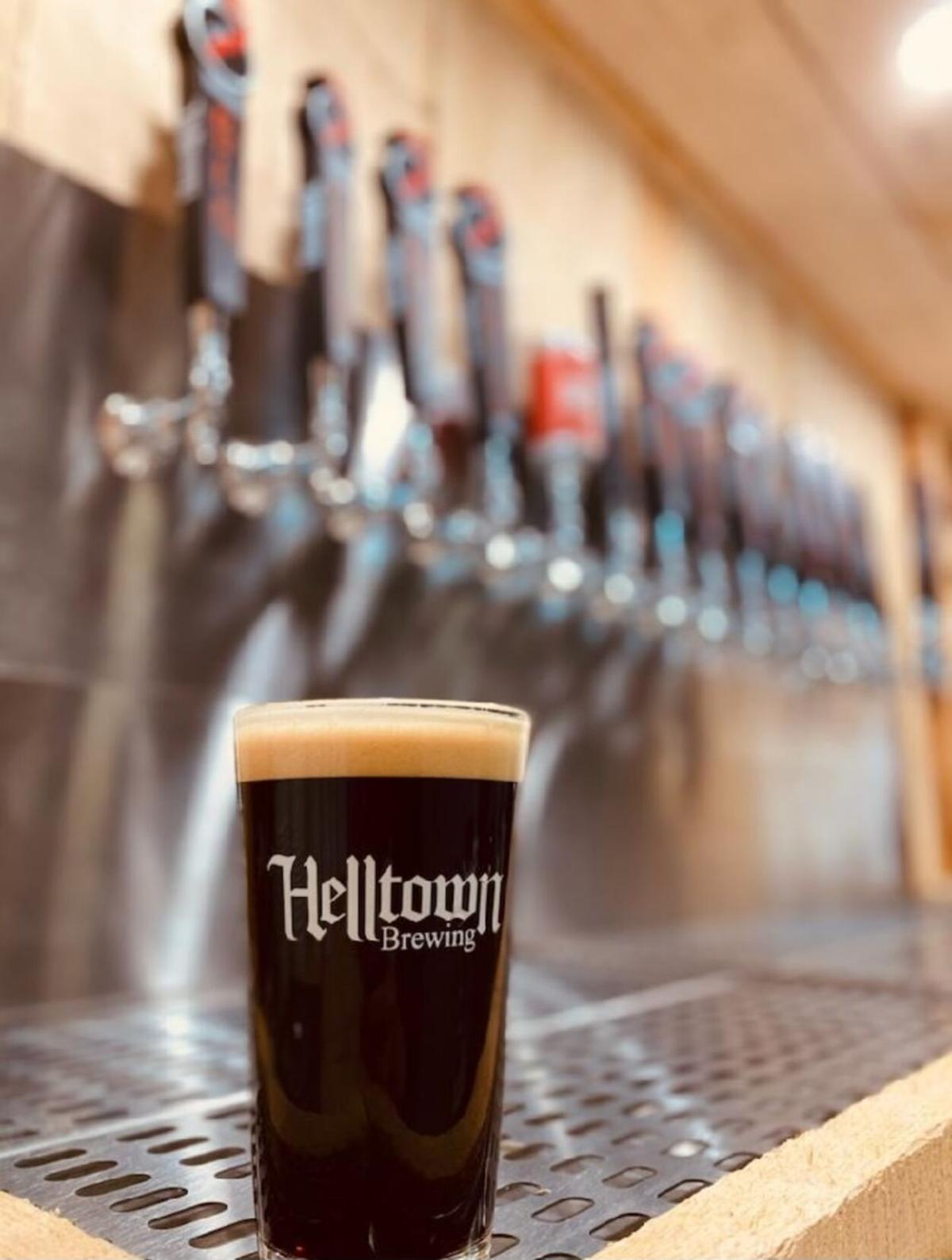 Helltown Brewing’s Houston taproom has plenty of options for trying an innovative new type of beer. 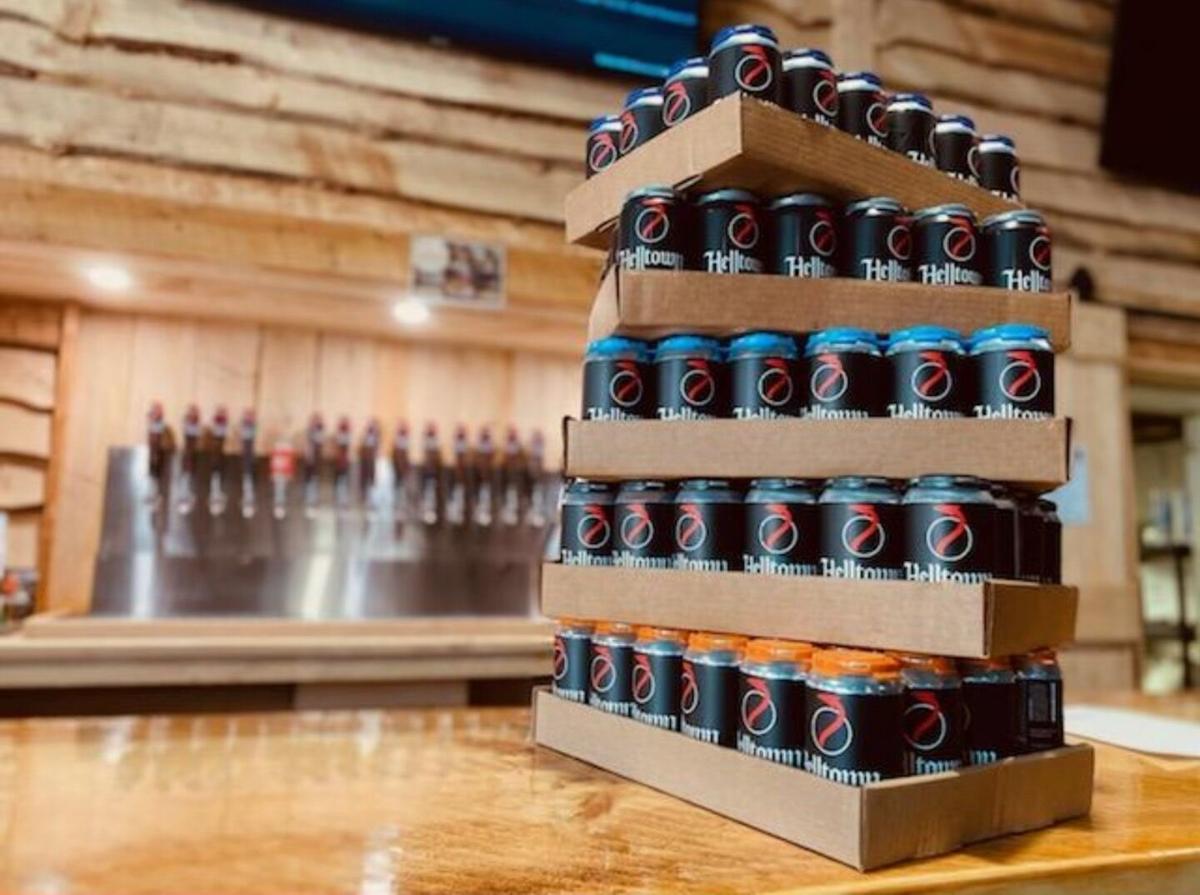 Mondays Brewing Co. has a unique offering of beers ready to sample in its McMurray taproom.

Helltown Brewing in Houston is always ready with cans to go.

Mondays Brewing Co in McMurray is located along Route 19 in Waterdam Plaza.

Whitehorse Tavern in North Strabane Township provides a safe and inviting environment to sample some beers.

Whitehorse Brewing is located near The Meadows Racetrack & Casino in North Strabane Township.

Helltown Brewing’s Houston taproom has plenty of options for trying an innovative new type of beer.

With spring now in full bloom and temperatures trending upward, a return to outdoor dining and imbibing across Washington County is on the horizon.

What was once a major producer of whiskey, Washington County has since blossomed into a bustling epicenter of craft brewing, which is now comprised of breweries from Burgettstown to McMurray.

One of the latest additions to the rapidly expanding craft beer universe is Mondays Brewing Co. in McMurray, which owner and head brewer Sam Fee opened on Halloween.

Fee, a Peters Township resident, began homebrewing in the 90s when he moved to a dry county in Kentucky and no longer wanted to make the 45-minute drive to purchase beer.

Mondays is nestled into an end of Waterdam Plaza off Route 19. Fee’s transformed space is very welcoming with a modern, industrial theme and a gorgeous granite bar top, cast iron lighting fixtures and warm wood-covered walls.

Fee admits opening a brewery during a pandemic hasn’t been easy.

“Opening during the pandemic has certainly been challenging because you don’t necessarily have reserves to fall back on,” he said, “but it was helpful to have six months or so to survey other breweries and see how they were getting through it.”

Mondays has particularly focused on the safety of its patrons and staff, and ensuring that all who come through the brewery’s doors feel that they are being met with a sense of respect.

“One of the things that’s been very important during the pandemic is to create a place that’s safe and socially distant with outdoor seating,” Fee said. “It’s very important that we make people feel safe in a way that makes them comfortable, whether that’s inside or on the outdoor patio. Everyone can enjoy a drink and not worry about it being too crowded. We are self-certified and have taken all precautions to keep our patrons safe.”

Mondays has survived dining restrictions imposed by Gov. Tom Wolf’s administration much like many other breweries and restaurants, by focusing heavily on takeout.

“We have eight beers on tap, all of which are available in 32-ounce crowlers to go, and a collection of four packs from collaborations with other breweries,” he said.

One of those collaborations was called “Route 19 ESB.”

ESB, or “Extra Special Bitter,” is a medium-bodied English style pale ale with a copper color and smooth, crisp finish.

Mondays partnered with Whitehorse Brewing, which brews in Somerset County, and has a taproom in North Strabane Township near The Meadows Racetrack & Casino, on the beer.

Owned and operated by George and Susan Walker, Whitehorse’s Washington County taproom opened in 2018 at the urging of their eldest son.

“Our son was living in Canonsburg,” Susan Walker said, “and had noticed a lack of local craft beer in the area. He found a great location for a taproom and we found a second home.”

The Walkers couldn’t be happier to be part of the local scene.

“We feel comfortable up there and get a lot of positive feedback and great patrons that support all of the breweries across the county,” Susan Walker said.

Whitehorse’s specialty is partnering with a bride and groom to create unique, one-of-a-kind beers for weddings. The Walkers have the entire wedding party participate in the brewing and bottling process and create a custom label for each couple.

“It’s a fun experience to sit down with the couple and discuss a style that they like, then invite their closest friends and family to partake in the entire brewing process,” Susan Walker said. “We then put their beer on tap at both locations the week after the wedding for all to try.”

Whitehorse is a valued member of the community, not just for their delicious beer, but also for their philanthropic efforts. The Walkers brew a Strawberry Wheat each year, and donate a portion of the proceeds to St. Baldrick’s Foundation, which addresses the needs of childhood cancer patients and their families.

The Walkers also created a beer named “With You Always,” which supports those affected by ovarian cancer and has raised more than $31,000 for the McGee Women’s Health Center.

The brewery is in the process of creating a beer in honor of United Airlines Flight 93, which was one of four planes hijacked during the Sept. 11 terrorist attacks before it crashed in a Somerset County field. The beer is set to be released on the 20th anniversary of the Sept. 11 attacks later this year.

“As we’ve been fortunate to have the support of our community, it’s important that we give back when and where we can,” Susan Walker said.

Though a veteran of the Western Pennsylvania craft beer industry, Helltown Brewing, which opened a taproom in Houston this past fall, is a relative newcomer to the Washington County scene.

“Everyone has been so welcoming and the amount of positive feedback on our beer, taproom and staff has been amazing,” said taproom manager Heather Foster. “We have so many great beers planned for 2021.

‘The one I’m most excited about is ‘Wretched,’ our Belgian Strong Golden Ale,” she added. “Helltown used to produce this beer seasonally, but this will be our first time brewing it at our new facility in Export. It’s a traditional-style Belgian Ale that’s effervescent and has subtle notes of fruit, pepper and cloves, and dry finish. Look for it in our taprooms now.”

A common theme among all breweries across the county is their excitement to get back to doing what they do best, providing the community with a place to relax, chat with friends and enjoy a cold beer.

“As we all know, it’s been a long, difficult and stressful year for a lot of us,” Foster said. “I’m looking forward to people becoming comfortable going out again. We’re optimistic and have planned a lot of events, live music, food trucks, etc. With at least some of the restrictions being lifted in April, we’re hoping for a little more business-as-usual this year.”

Fee is looking forward to the same at Mondays.

“The shared experience of the taproom, that’s we’ve been deprived of,” he said. “We’re really excited to see that build-up and welcome the community to our space.”

Another notable establishment in the county is Rusty Gold, a micro-brewery located in Canonsburg and opened by E.J. Klecker, an antique dealer and contractor.

The Washington Brewing Co. located on East Maiden Street in Washington and Coal Tipple Brewery in Burgettstown are also standing strong despite difficulties brought on by the pandemic.

“We’re so thankful for our community,” Susan Walker said. “We can’t wait to show all of our customers how much we appreciate them for helping us get through the past year.”

And although the area’s breweries may not be as large as their counterparts in and around Pittsburgh, Fee said Washington County’s scene has plenty to offer.

“Things in Washington County are a little different than the city,” he said. “A brewery is a reflection of the community and its people. We’ve each carved out a unique identity. It’s what makes going to breweries in Washington so much fun, to get to experience different places and different people.”