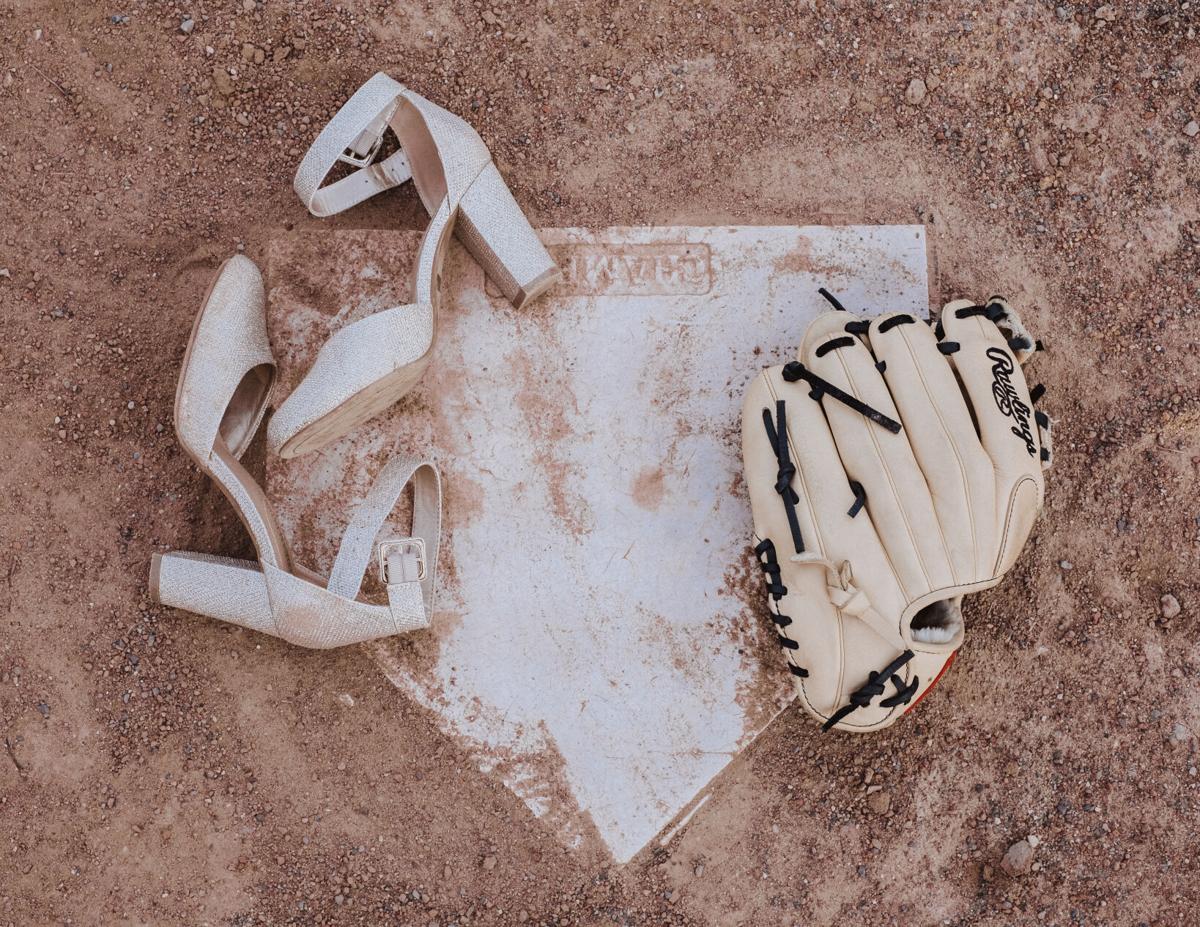 Amazon Prime’s “A League of their Own” filmed at several locations around Southwestern Pennsylvania. 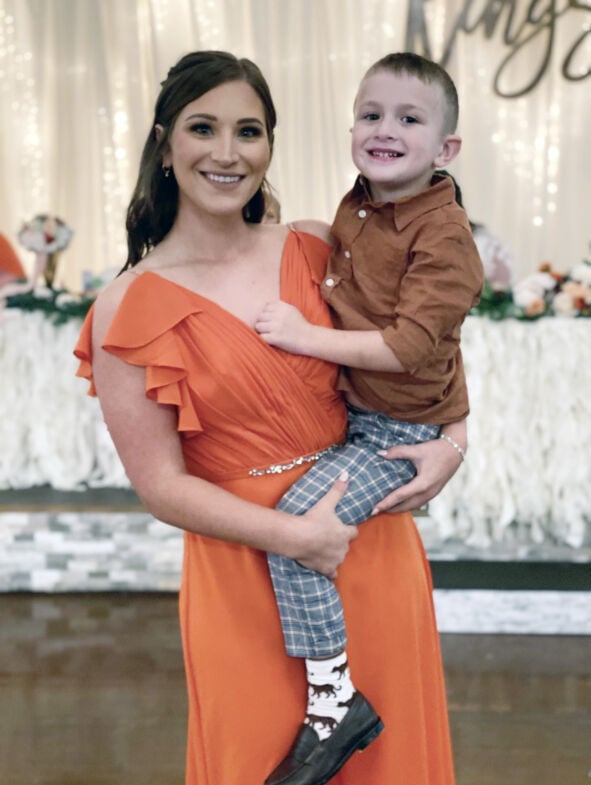 Jenna Dorazio, a Washington County native and senior on Waynseburg University’s softball team, plays a Blue Sox pitcher in Amazon Prime’s new series “A League of their Own.” She is joined in this photo by her son, Easton. 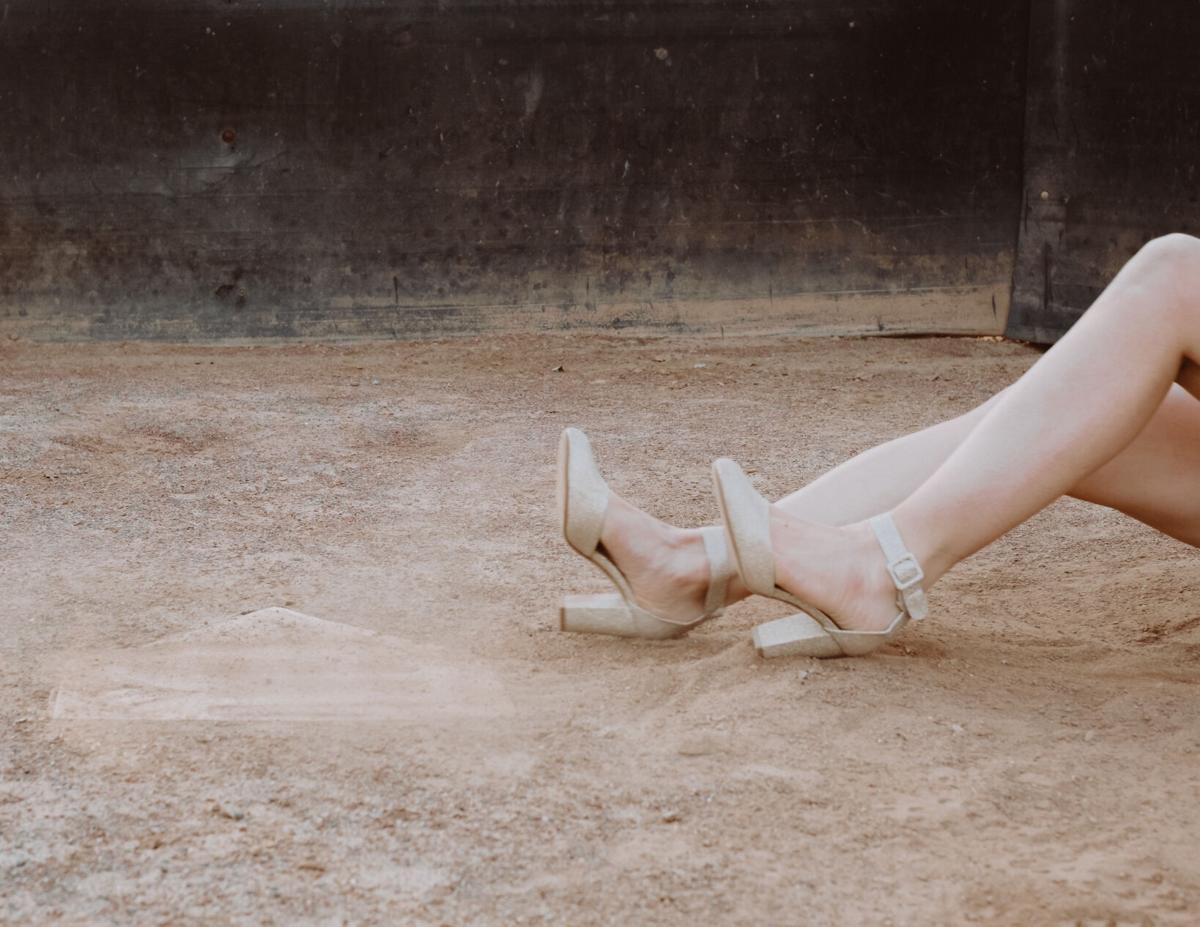 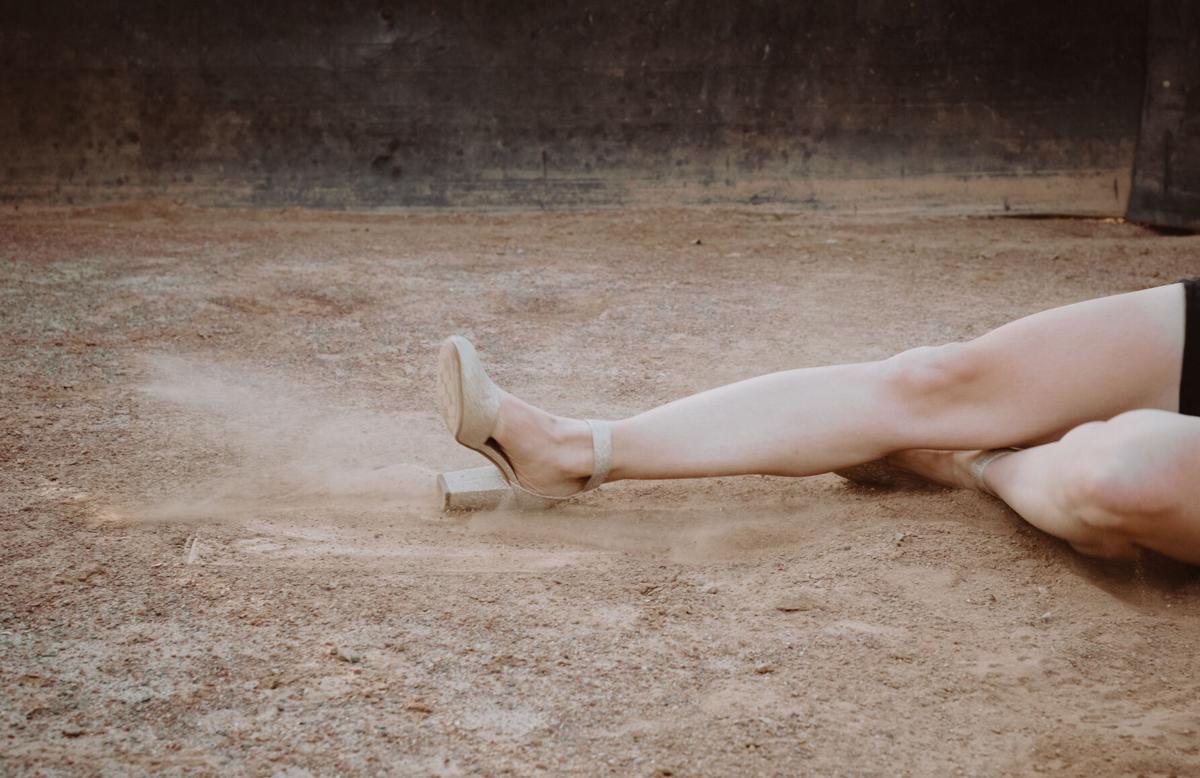 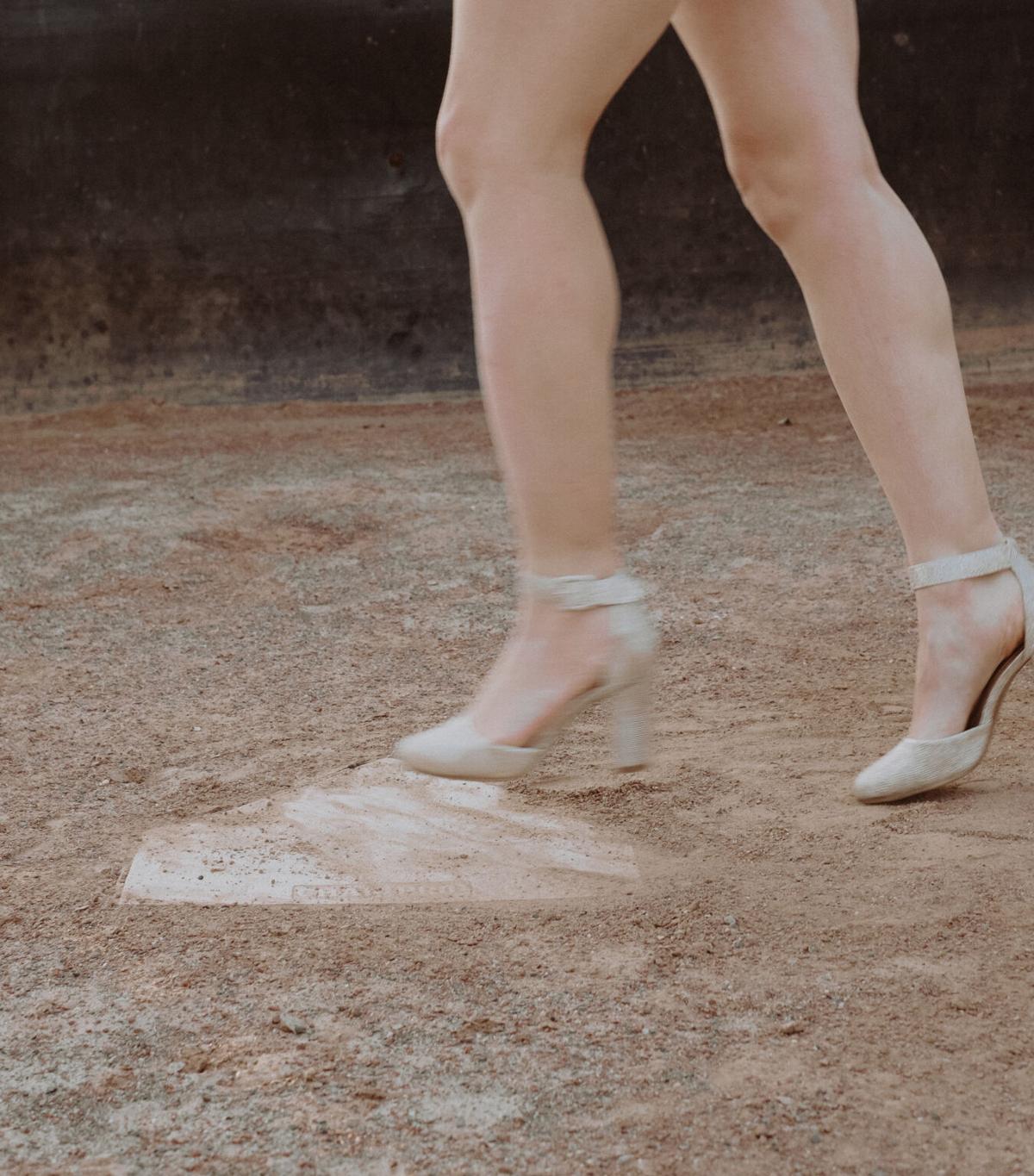 Amazon Prime series “A League of their Own” stars Abbi Jacobson. 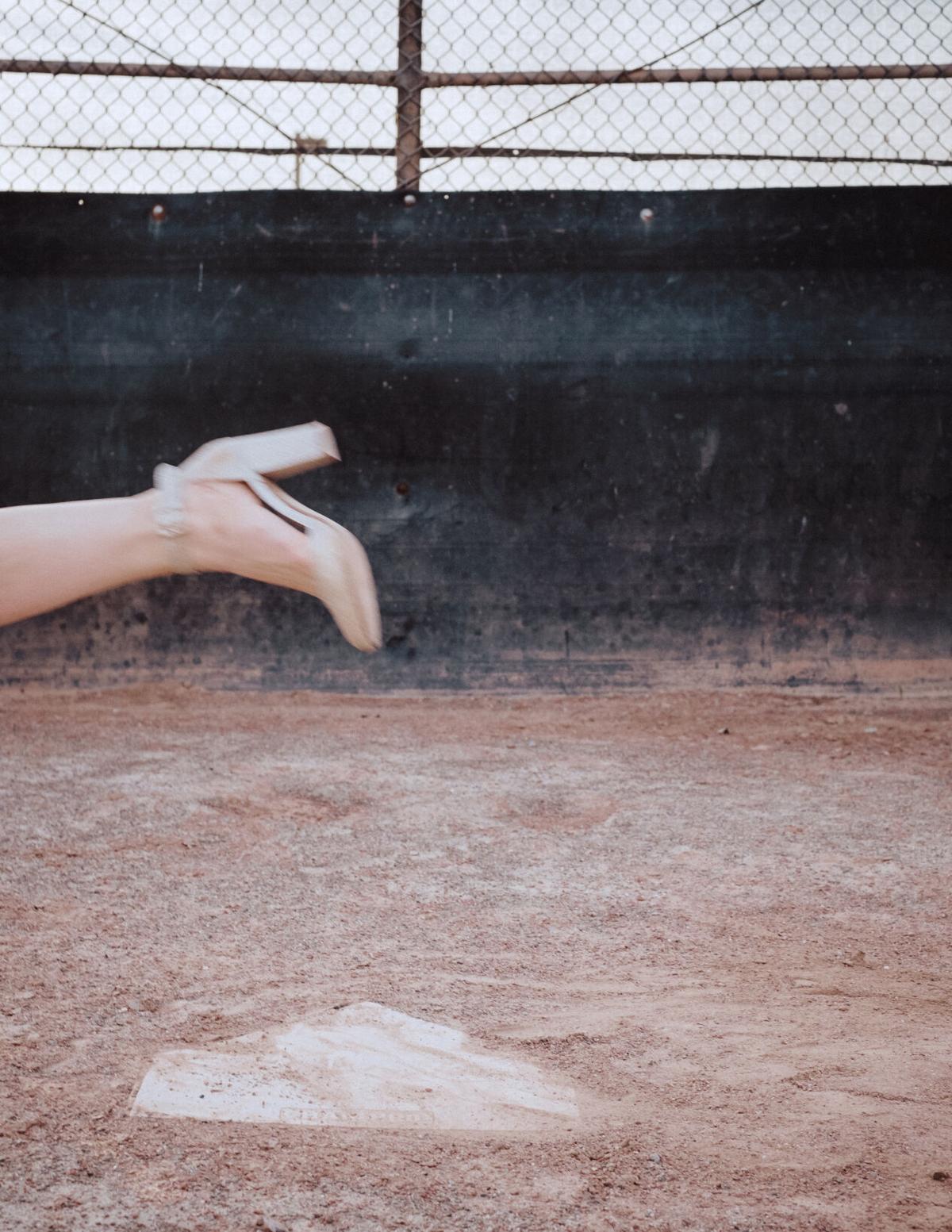 Locations for Amazon Prime’s “A League of their Own” were used across Southwestern Pennsylvania. 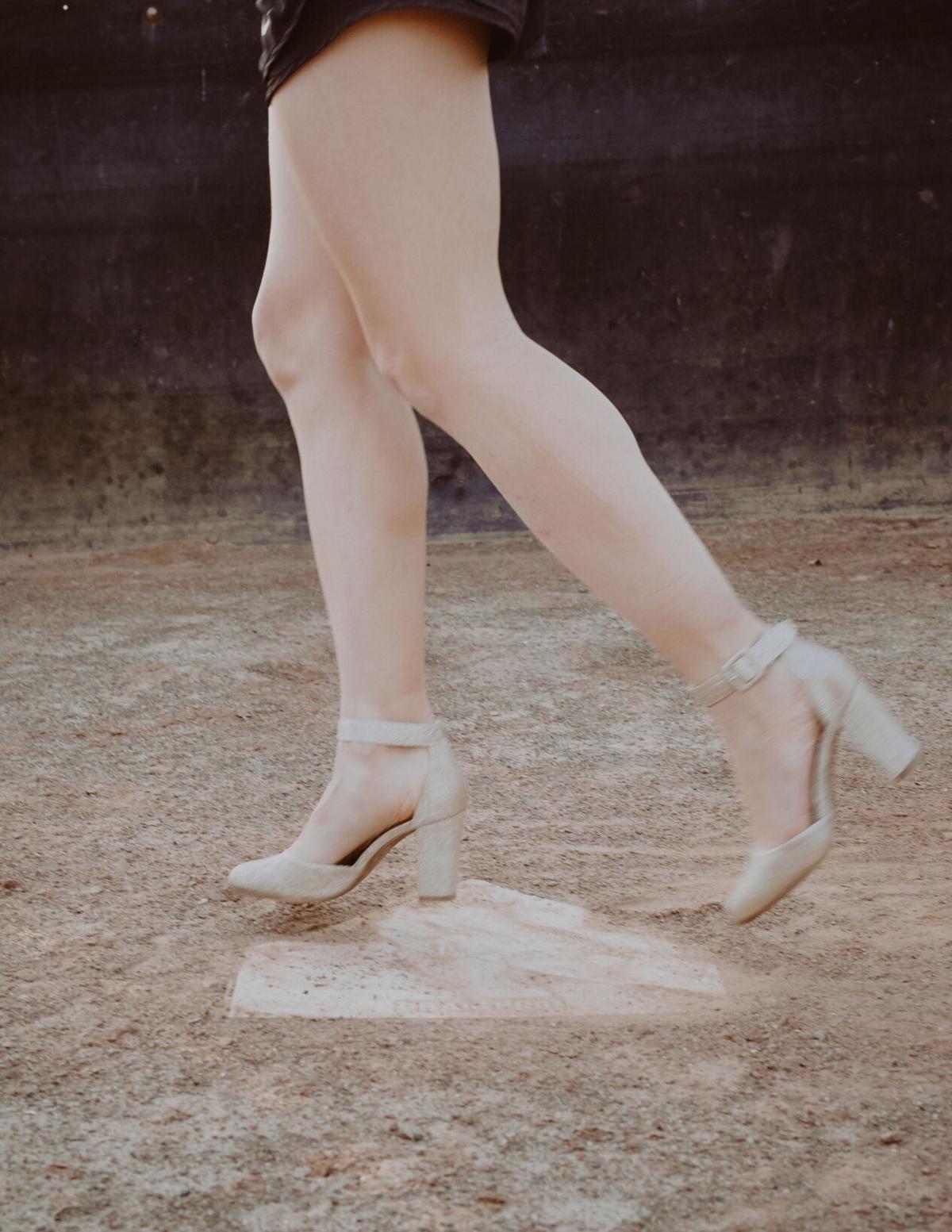 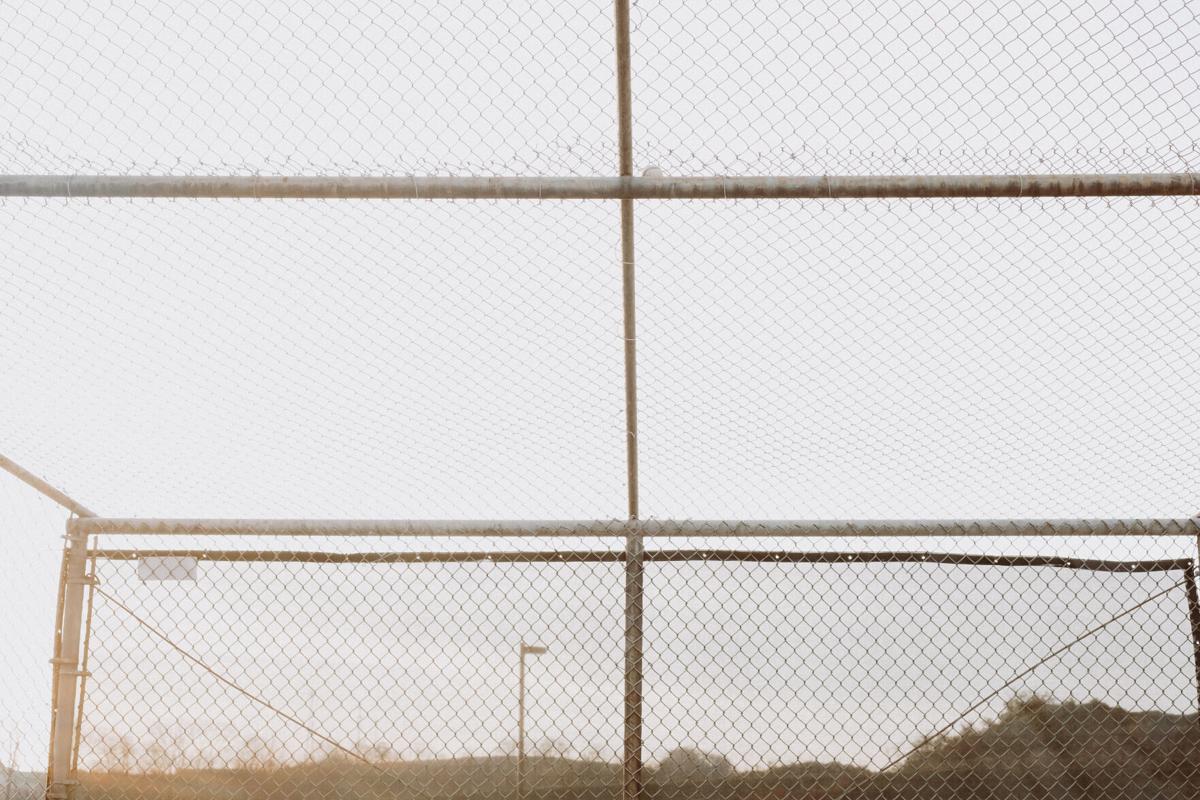 Filming wrapped on Amazon Prime’s “A League of their Own” in October.

Amazon Prime’s “A League of their Own” filmed at several locations around Southwestern Pennsylvania.

Jenna Dorazio, a Washington County native and senior on Waynseburg University’s softball team, plays a Blue Sox pitcher in Amazon Prime’s new series “A League of their Own.” She is joined in this photo by her son, Easton.

Amazon Prime series “A League of their Own” stars Abbi Jacobson.

Locations for Amazon Prime’s “A League of their Own” were used across Southwestern Pennsylvania.

Filming wrapped on Amazon Prime’s “A League of their Own” in October.

Jenna Dorazio thought she had seen it all on the softball field.

Then she tried playing with a camera in her face.

“I was so nervous,” said Dorazio, a Washington County native who plays a Blue Sox pitcher in Amazon Prime’s new series “A League of their Own.”

“This camera is right in my face,” she added. “I have to look at my mark, make sure my face doesn’t look scrunched.”

While Dorazio aimed for authenticity as a 1940s female baseball player, Lisa Hoeke watched from the stands, waiting for her cue.

“There is an assistant director that’s assigned specifically for background actors,” explained Hoeke, a structural engineer who lives in Washington and served as a series extra. “She would give us the cues when to cheer or boo. We could see what the action was sometimes and we’d react based on that.”

Both Dorazio and Hoeke have no acting background, but when friends and family read casting calls for “A League of their Own,” they were encouraged to audition for the series.

Hoeke submitted and application at the urging of her husband, Erik, and said the casting process went smoothly. She spoke with the casting director over the phone, confirmed her availability and attended a fitting ahead of filming.

Dorazio was a decorated high school softball player whose 2010 Bentworth team made the PIAA playoffs for the first time in school history. She led the team in home runs, RBI and stolen bases that year.

She had a different audition experience.

Along with a headshot, Dorazio, who is a senior captain of Waynesburg University’s softball team – submitted skills videos of herself batting, fielding and running bases. She attended tryouts in Pittsburgh with other area softball players, including Megan McCormick, an Evans City native who teaches health and physical education at PA Distance Charter School.

“It was actually a really big experience,” said Dorazio. “There were (Major League Baseball) scouts. There was also … Justine Siegal (the first woman to coach an MLB team); she’s a big name, she’s the one who was working with all the baseball players. They called us back for callbacks the next day. We had no idea what we would be doing, how serious it would be.”

Before filming began in August, Dorazio and McCormick attended a fitting for their Blue Sox uniforms.

“They (took) your sizes, they checked out your hair to make sure your hair was appropriate for the 40s,” recalled Dorazio. “I actually had to get my hair cut. We have to pin curl it to stay. Some girls wore wigs. Me, personally, I cut my hair.”

When filming began at a field in Coraopolis, days started before sunrise and continued past sunset.

“They were really long days,” said Hoeke. “We would have really early call times and we would film until dark. August is long daylight hours.”

Dorazio agreed the hours were long, but said “once I got on set … I wasn’t tired anymore because I was so excited.”

Both Washington residents were surprised by how many people it takes to bring a TV series to life.

“The number of people involved, there’s a lot of crew members,” Hoeke said. “I think I learned a lot … just by observing, about how the cameras are set up and how many times they have to do a particular shot with (different) camera angles.”

Between takes, extras hung out, staying hydrated in the stands and forming friendships off the field.

“I don’t know if it’s like that for other sports, but if you played softball, you’re family,” said McCormick. “It was so cool how we all just clicked right away. I could tell you everything about Jenna and I just met her two months ago.”

The Blue Sox created a group Snapchat and helped one another juggle the crazy film schedule. One evening, an email notified cast that the next day’s 8 a.m. start time was changed to 5:30 a.m. Blue Sox players Snapped and texted to make sure no teammate was late to set.

McCormick and Dorazio rubbed shoulders with some of the stars, including the show’s co-creator and lead Abbi Johnson and Melanie Field, who plays Jo and chatted with Dorazio about the sightseeing she had done during her time in Pittsburgh.

“They were all so lovely,” said Dorazio, who noted the series’ directors asked extras to maintain professionalism around the stars – no fan girling. “Watching them prepare for their roles, that was really neat. Just seeing them prepare for baseball scenes, watching them work with the stunt coordinator and baseball professionals, ‘How do I make it look right and authentic?’ They worked their butts off.”

The authenticity of it all blew Dorazio away. From set to costume design, “you could see how hard they worked to make it look so authentic, every fine detail. It was really cool.”

Actors even “played” in authentic equipment. Dorazio – whose son is named after the baseball bat brand Easton – had never hit with a wooden bar or worn the fabric uniforms women stole bases in in the 40s.

“I don’t know how they did it back in those days,” said Dorazio, who also used a large, bearclaw-looking leather glove for fielding. “They are so funny, trying to catch with those things, it was rough catching a ball with that really padded glove.”

Hoeke was also dressed to the nines in the stands.

“Even as a baseball fan, I was in skirts,” she said. “A lot of us, all the women had a prop purse. People dressed up more in the 40s.”

Filming wrapped in October. On one of their last set days, the Blue Sox ladies autographed baseball gloves for one another and took a team photo in their uniforms. Those who live close plan on throwing a red-carpet viewing party when ”A League of their Own” goes live on streaming.

“We did so many hours of filming, we can’t wait to see how they put it all together,” said McCormick, who noted the last day of filming was a tearjerker. “The last game … there were tears flying everywhere. The actors, the actresses, the directors, all of us were very moved by this last scene. You spend so many hours together. It was very moving.”

Hoeke said she and her husband aren’t prone to binge watching a shot, but they’re looking forward to seeing the series on their big screen at home.

Dorazio said she believe in the story and is eager to see how the series comes together, too.

She, like McCormick and Hoeke, enjoyed the filmmaking experience.

“My favorite part was walking to the field as the sun was rising. I had my cup of coffee. I was walking down in my cute uniform and I was seeing people get this production ready. I felt like such a big part of it, standing on the field, looking at all the decorations, then the stars coming out,” she said. “They were stretching. ‘Holy crap, I’m so glad I applied, I’m so glad I’m doing this.’

“I’m just very thankful for not only being a part of it, but how hard everybody worked,” she added. “When we think about movies, we think about actors and actresses. Everybody behind the scenes, I never thought about them. They’re the whole reason this thing could happen. I’m thankful for my new teammates. My heart is full with this experience.”