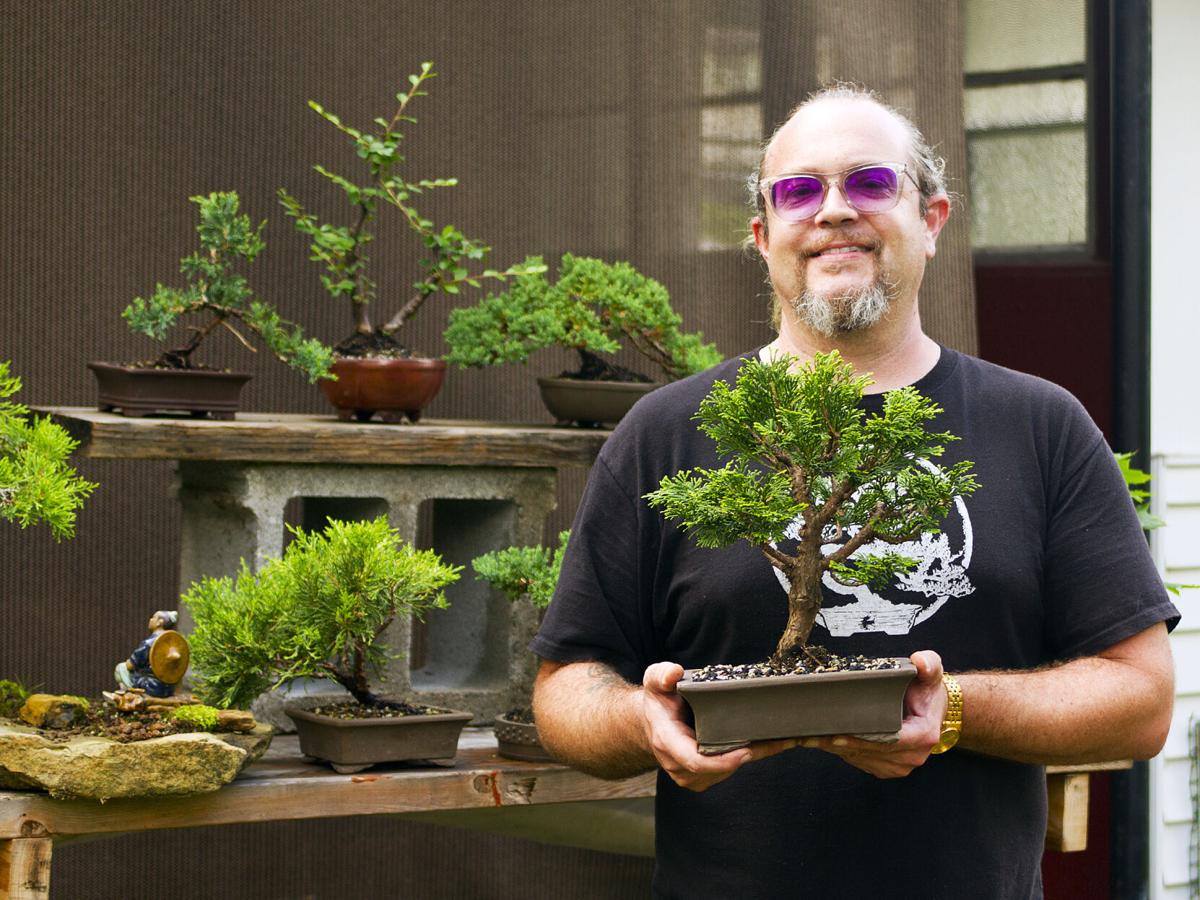 Ian Evans shows some of his creations in Bebop Bonsai Garden. 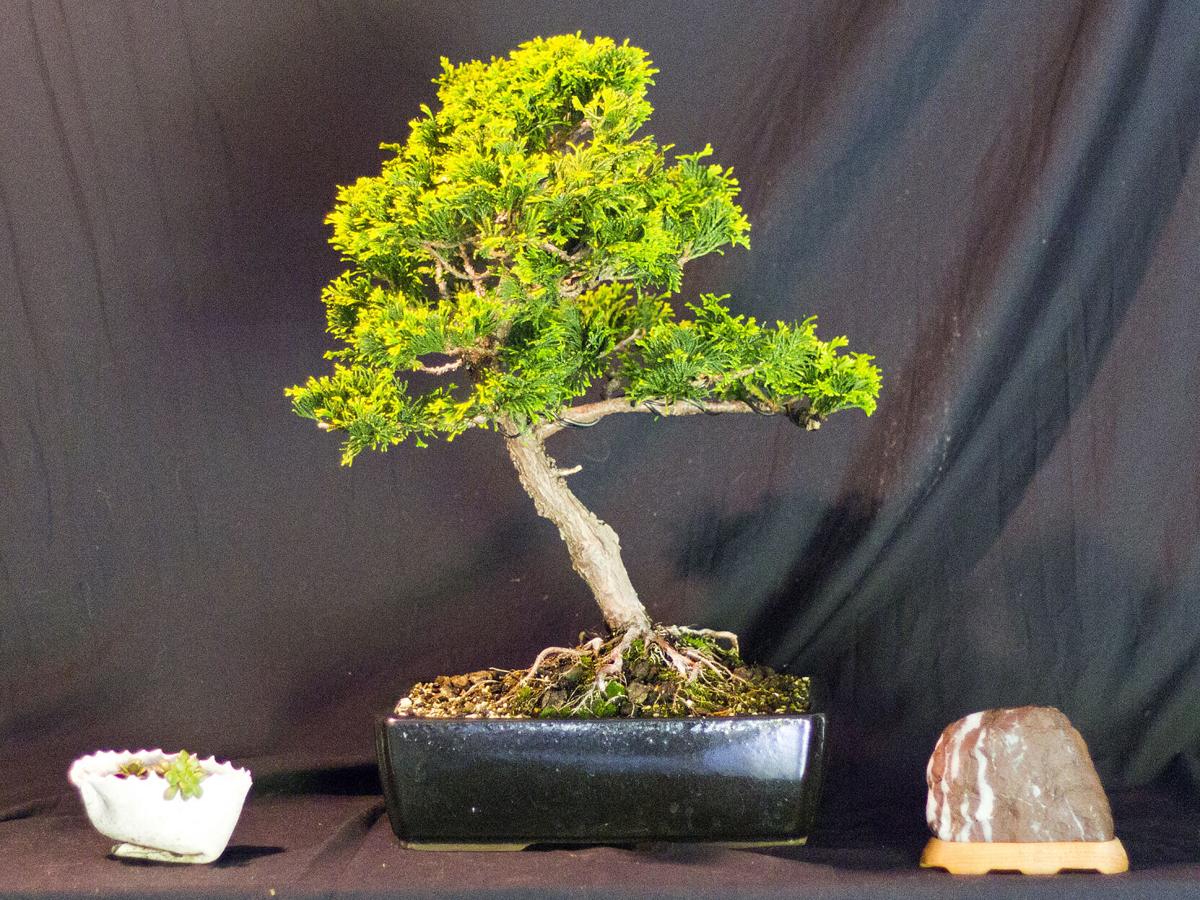 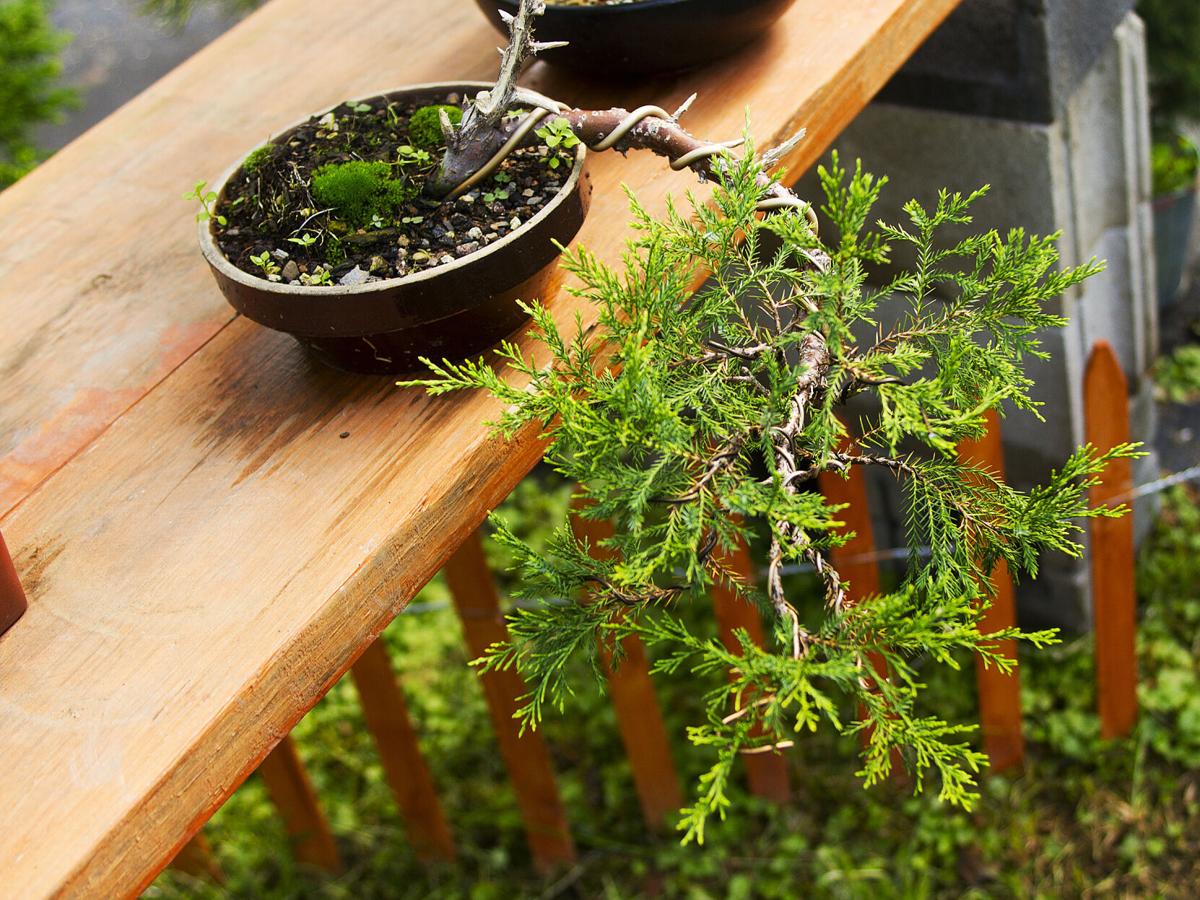 Bonsai can be made to grow in ways besides upright. 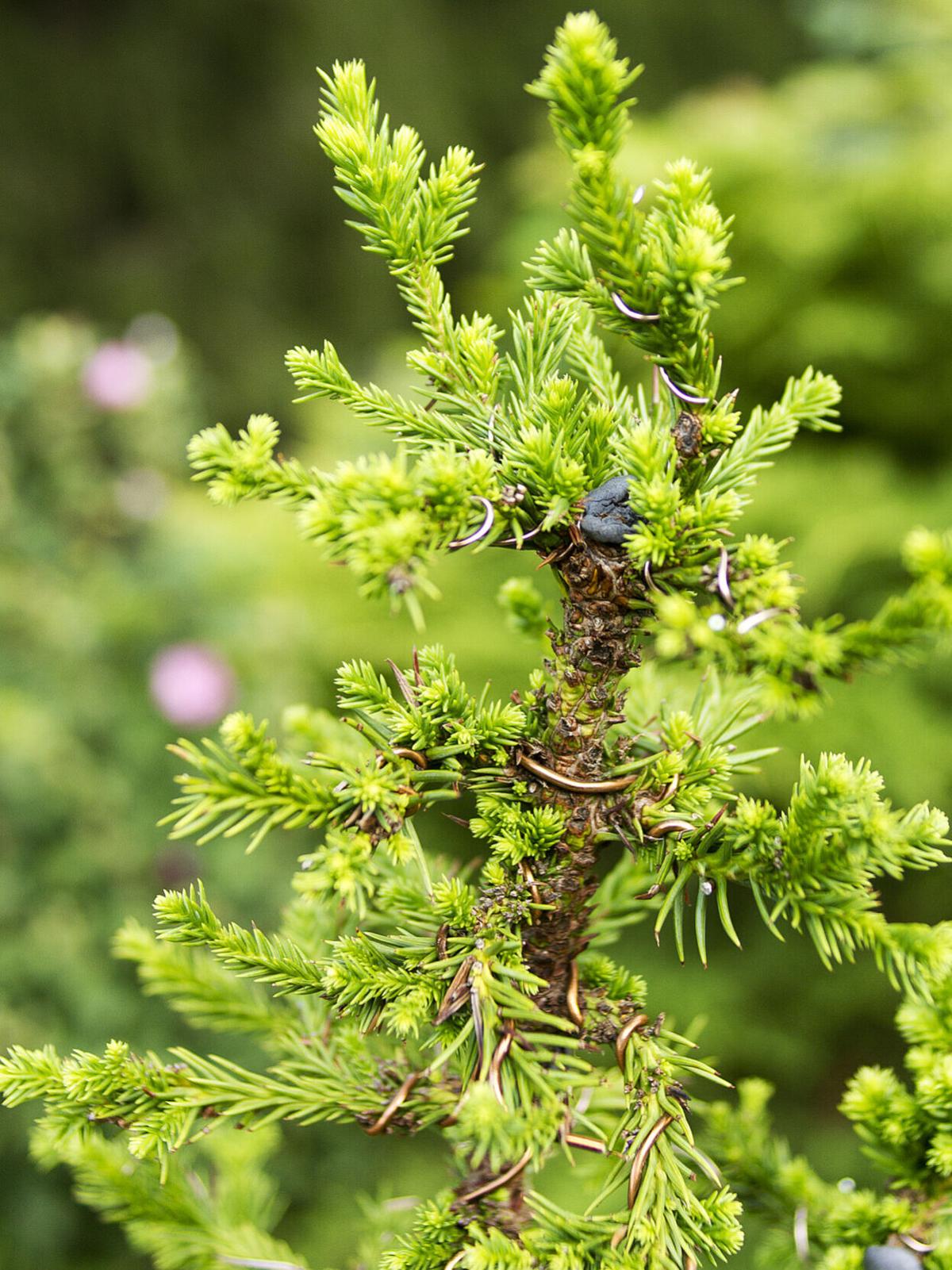 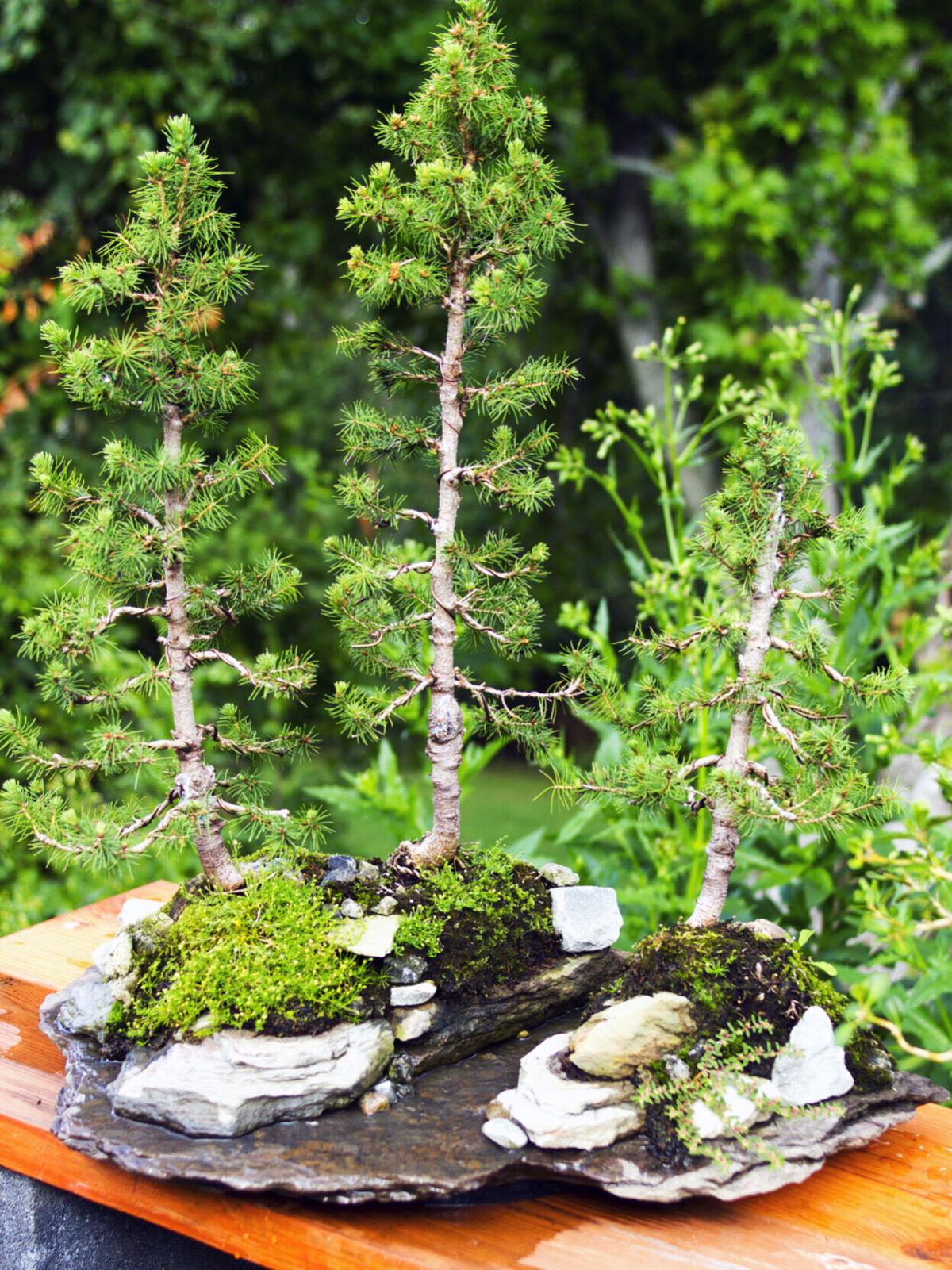 A representation of a river highlights one of Ian Evans’ bonsai presentations. 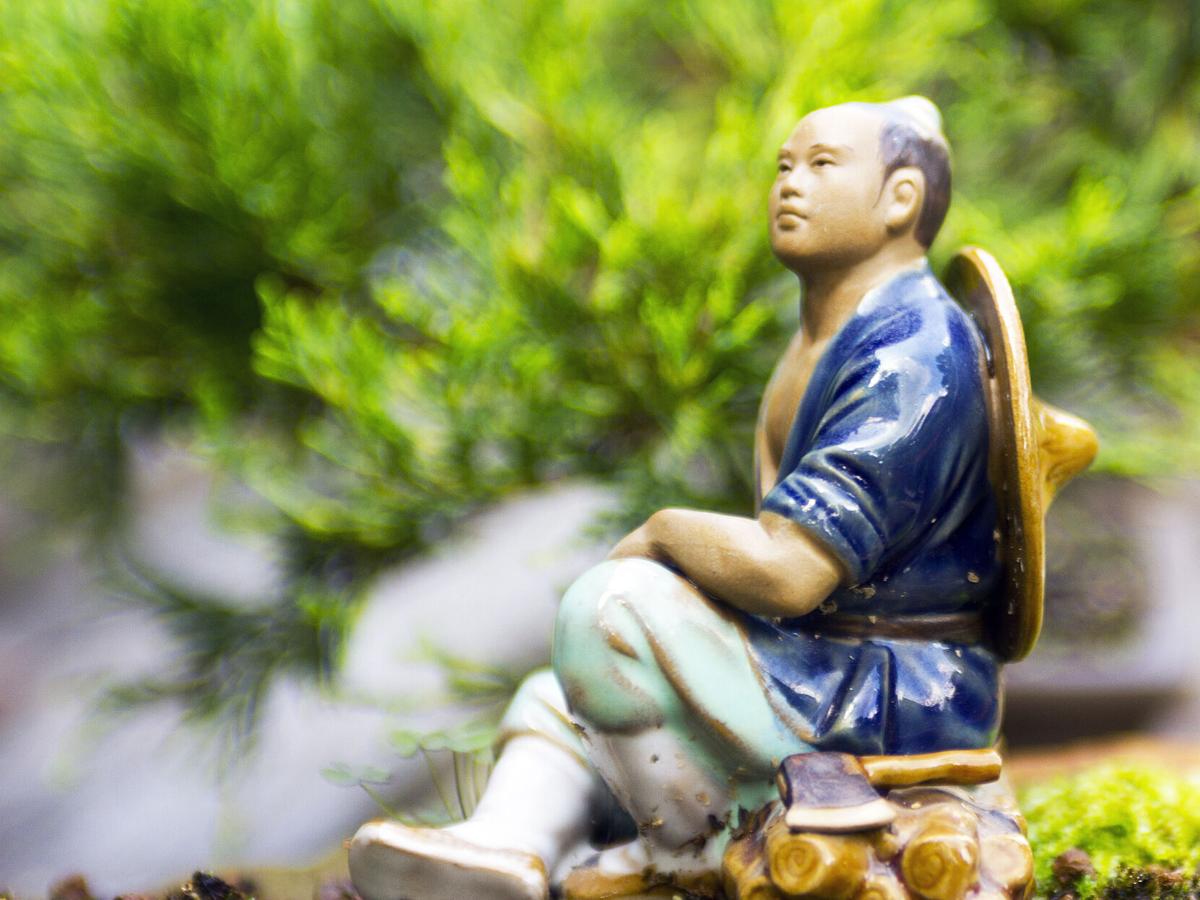 A contemplative figure is part of one of Ian Evans’ bonsai arrangements. 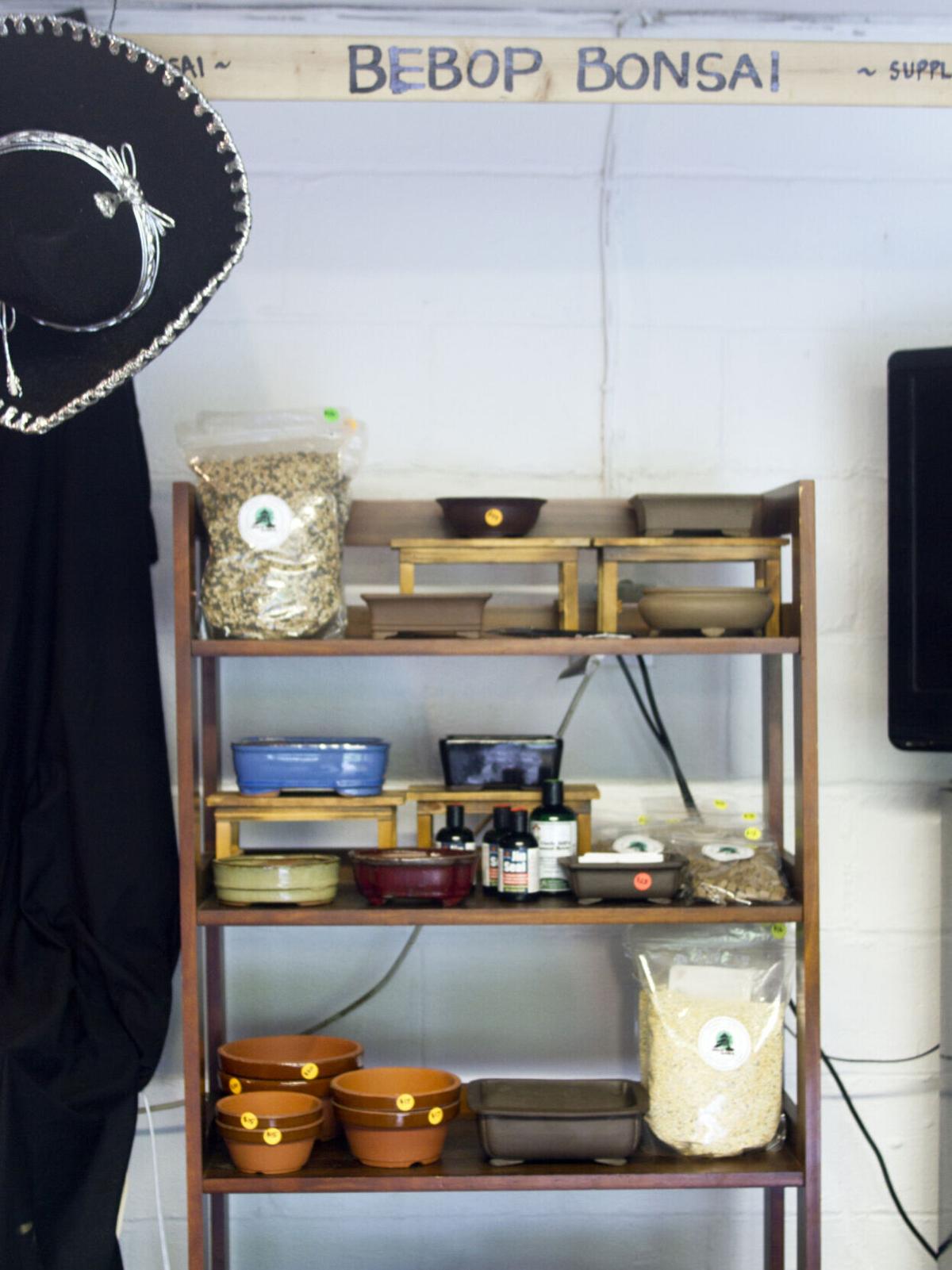 Ian Evans shows some of his creations in Bebop Bonsai Garden.

Bonsai can be made to grow in ways besides upright.

A representation of a river highlights one of Ian Evans’ bonsai presentations.

A contemplative figure is part of one of Ian Evans’ bonsai arrangements.

For those who have wondered about why people grow miniature trees, Ian Evans can set them straight.

The Peters Township resident has established Bebop Bonsai Garden as a resource for anyone who is interested in pursuing an art form that dates back thousands of years.

His offerings include specialized bonsai supplies, starter trees and plenty of information about how to cultivate the plants effectively. And for those whose knowledge of bonsai is sketchy at best, Evans fills in the blanks about its history, purpose and artistry.

“It started in China, and it was known as penjing,” he said.

“They would take a mature-looking tree and try to put it in its kind of natural environment. And those elements in addition to the tree would include some type of rock feature and some type of understory planting.”

According to legend, a visiting monk took the concept back home to Japan, where it was repurposed and renamed for the word meaning “tree in a tray.” The complementary small rocks are called suiseki and understory plantings, shitakusa.

“The tree is presented in its peak state, be it flowering, fruiting, blooming, according to the season that happens in,” Evans said.

“Because it’s a living thing and it changes over time, there’s kind of an element of natural struggle,” he said. “So we include in the design sometimes a broken branch or a stripped-away piece of bark, and that kind of helps show the relentlessness of nature and the forces that a tree would encounter in the wild.”

As generally is the case with Far Eastern culture, Americans knew little about bonsai until World War II, when the Nisei in internment camps were observed continuing the practice and soldiers encountered the displays in Japan.

“They saw these trees and, ‘Wow! This is really neat.’ So they kind of brought that idea back,” Evans said.

Later, Evans came across some copies of Bonsai Today magazine and decided to give it a try as a continuation of his lifetime of artistic pursuits, including drumming professionally.

“I liked to draw and paint and things like that when I was a kid, and I was also really into LEGO, the sculptural, three-dimensional element,” he recalled. “Music is a little different than that. So I think there were parts of it that were not really satisfied fully by my career in music.”

Through bonsai, “I was able to find something that kind of scratched that itch,” he said.

Evans’ path to establishing Bebop Bonsai Garden – named for the style of jazz, not the “Cowboy Bebop” anime series – started about a year ago, by which time he had amassed a considerable collection of trees.

“I was worried about winter coming and, what am I going to do with all this stuff?” he said.

He mentioned his concern to Tim Chapon, co-owner of Chapon’s Greenhouse and Supply in Baldwin Borough, which carries some bonsai-related products.

“I said, ‘I’d love to consign some of my bonsai trees here. Christmas is a few months away, and I need a place to put them.’ He’s like, ‘Awesome!’” Evans said. “I just started taking trees over, and they started selling. I brought more over, and I kind of ran out of the smaller ones I had that were available.”

By spring, Evans and his wife, Victoria Kurczyn, had made similar arrangements with other businesses, including Shadyside Nursery and Meder’s Home & Garden Showplace in West Mifflin.

“We had trees there on consignment, and people were asking about our soil. So I just got more of the soil components and sifted it all and mixed it, and we started to offer that in addition to the trees,” Evans said. “We started to offer our fertilizer, as well, and I started to kind of want to do a little bit more to help people who have an interest in bonsai.”

And so came Bebop Bonsai Garden, with its supplies, educational workshops and related services geared toward ensuring the continuation of a millennia-old pursuit.

Mr. Miyagi would be proud.