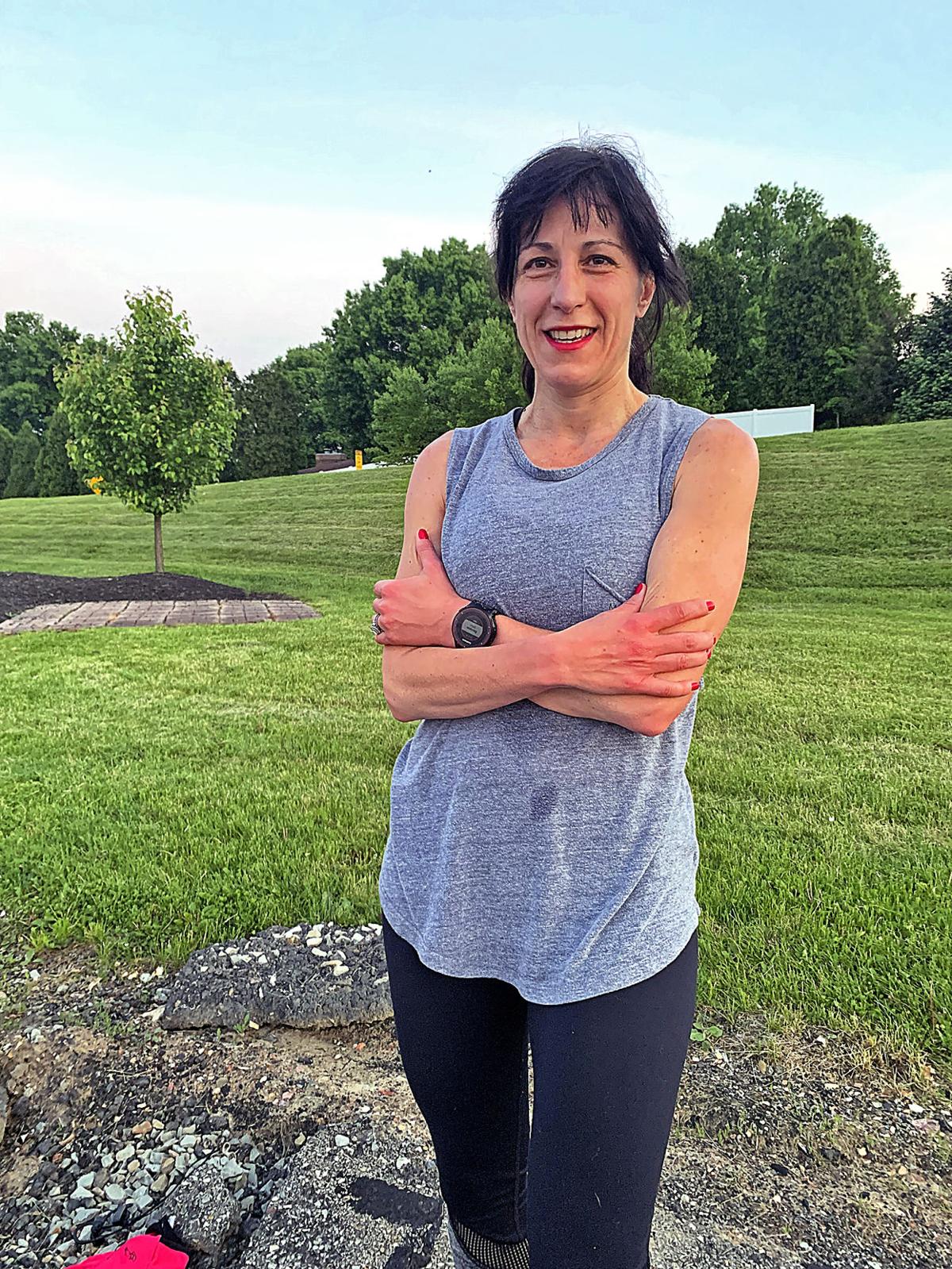 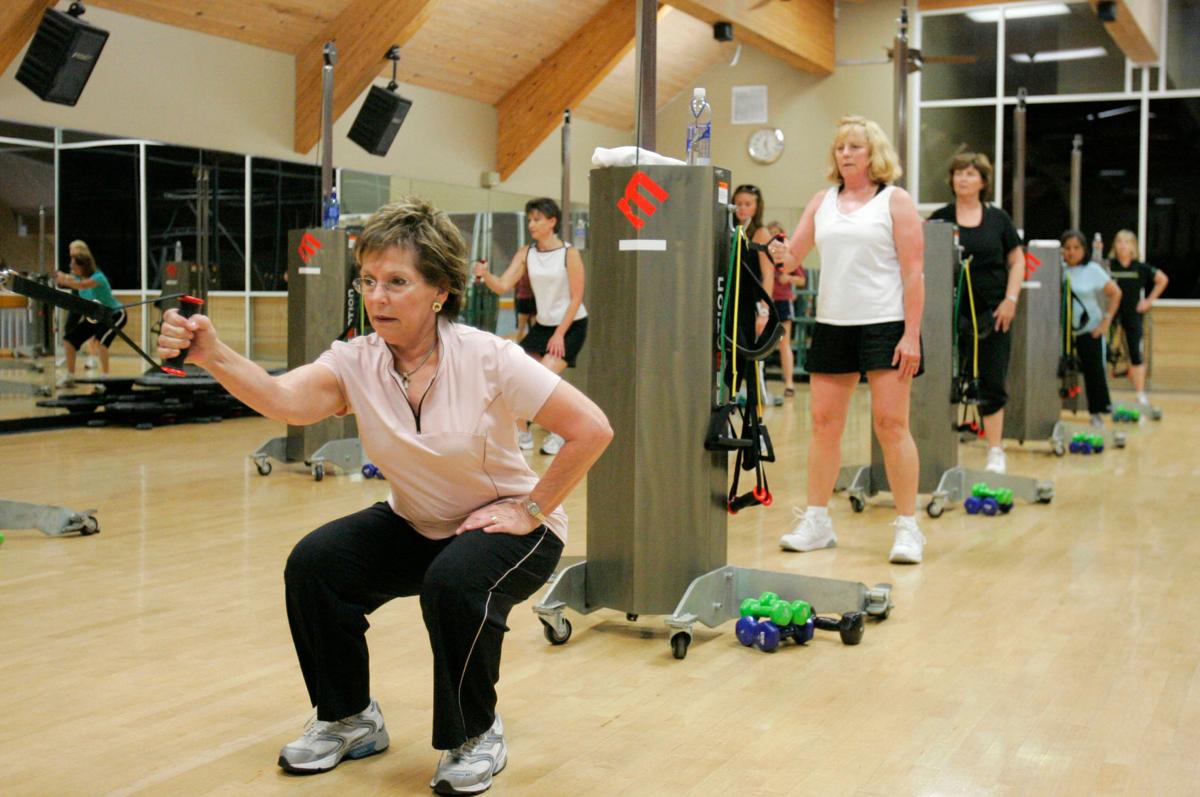 Exercise for the Ill

Patti Kiernan participates in a July 2008 exercise program in Dallas. When Kiernan’s doctor said her bone density had dropped to osteoporosis levels, she decided it was time to find a more focused workout.

Exercise for the Ill

Patti Kiernan participates in a July 2008 exercise program in Dallas. When Kiernan’s doctor said her bone density had dropped to osteoporosis levels, she decided it was time to find a more focused workout.

Jen Manfredi-Foster has been a runner for 30 years.

Manfredi-Foster, 49, has completed 80 half marathons and eight marathons, including the Marine Corps Marathon in Washington, D.C., in October.

When her son, now 19, was young, Manfredi-Foster would run 22 miles from her home to Eat ‘n Park in Wheeling to meet him and her husband, for breakfast most Sundays.

“Those were my Sunday long runs, when I was training for marathons,” said Manfredi-Foster, of Canton Township. “Running is meditative. It’s my therapy. It clears my head.”

Running – and other high-impact and weight-bearing forms of exercise – can be key to maintaining healthy bones as women age, according to Dr.Todd Franco, an orthopedist with Allegheny Health Network’s Health and Wellness Pavilion in Peters Township.

Most women begin transitioning to menopause somewhere between 45 and 55, and they begin to lose bone density as they age.

Bone responds to force, in a positive way: it helps build bone and it helps maintain or improve bone density so women don’t lose it as quickly.

Bone mass peaks at around the age of 30 and then it decreases at a rate of about 1 percent each year after the age of 40.

Bone loss can cause bones to become brittle and fragile, and susceptible to breaking.

So, it’s important for a woman to make bone density a priority in her 20s and 30s.

What steps does that include?

Adopting a healthy diet, avoiding smoking and heavy alcohol use, and exercising.

For women over 50, Dr. Franco recommends taking 1,200 mg of calcium and 1,000 mg of vitamin D daily and getting a bone density test – sooner than age 50 if there is a family history of osteopenia or osteoporosis.

“It’s never to late to start exercising,” said Dr. Franco, who advises consulting a doctor before starting a running or exercise program. “If you haven’t been active and you want to start at 55, then start at 55. But talk to a physician to make sure your exercise plan is appropriate and safe.”

He recommends 30 minutes of exercise daily.

“I’ve had bone density tests, and my bone density has always been off the charts,” said Harr. “It’s nothing I worry about. I feel really strong.”

Harr said running is excellent for other reasons, too.

“It makes me feel physically and mentally healthier,” she said. “The older you get, and as you face different issues, like aging parents, the more important it is to have something that makes you feel good in your heart and in your mind.”

Running and other forms of exercise also can improve sleep and cardiovascular function, mood and overall wellness, Dr. Franco said.

“I get so offended when people tell me running is bad for me, that it’s bad for my joints or knees,” Said Manfredi-Foster. “Crack cocaine is bad for you, running isn’t.”

Dr. Franco also suggest moderation when it comes to exercise.

Cheryl Collins-Gatons, 52, of Greensburg, won the Johnstown Marathon in October, crossing the finish line in 3:07:53.

All three women – Manfredi-Foster, Harr and Collins-Gatons – agree that, as they have aged, they don’t recover as quickly as they used to.

“You have to listen to your body and be smart,” said Harr. “I do feel differently in my 50s than I did in my 40s. It’s harder to burn calories. I don’t have the same energy level. But the older you get, the more important it is to have something that makes you feel good. For me, running opened the door to my sense of well-being, my job, my fitness. Running did so many things for me. I’m so glad for it.”