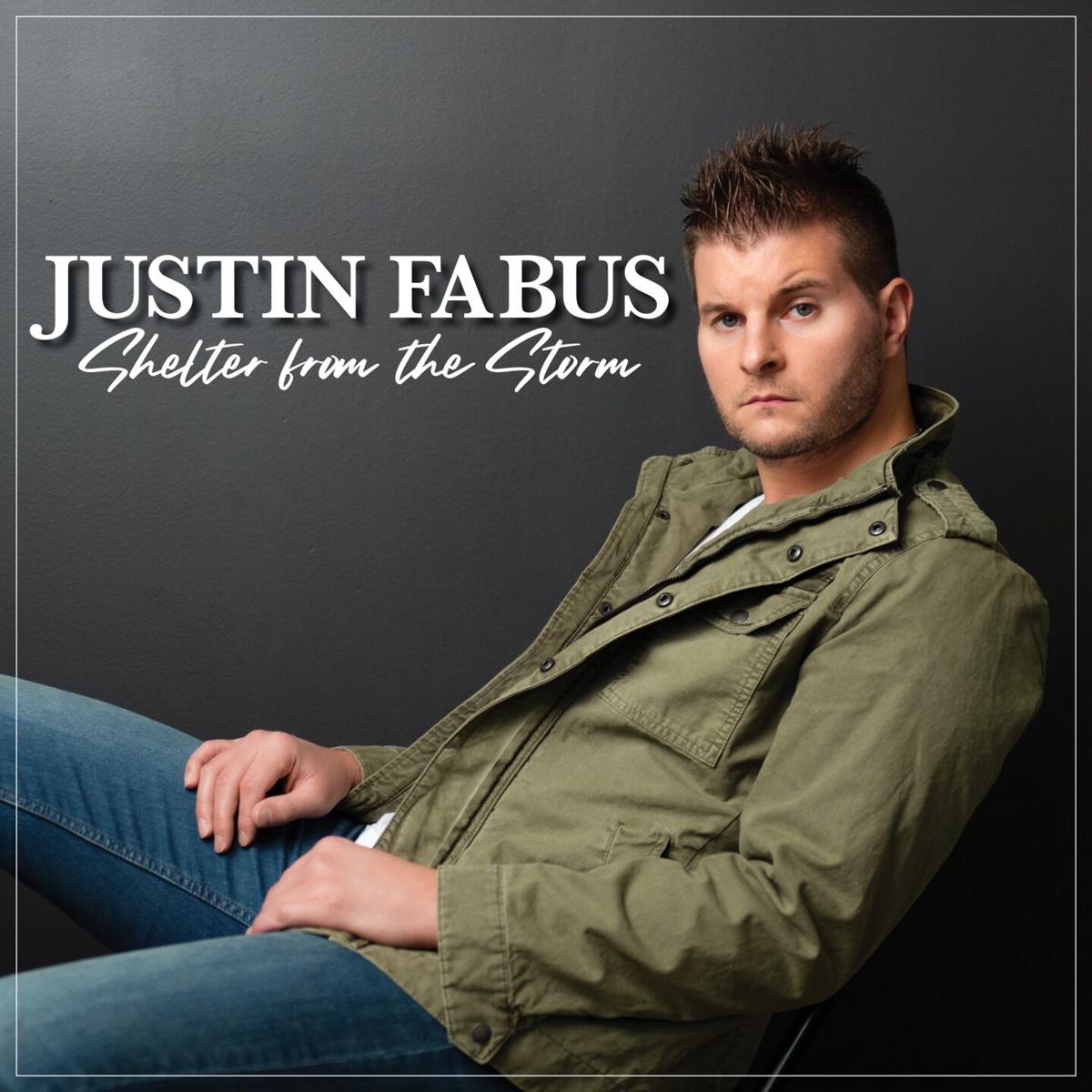 Justin Fabus’s new EP, “Shelter from the Storm,” was released in September. 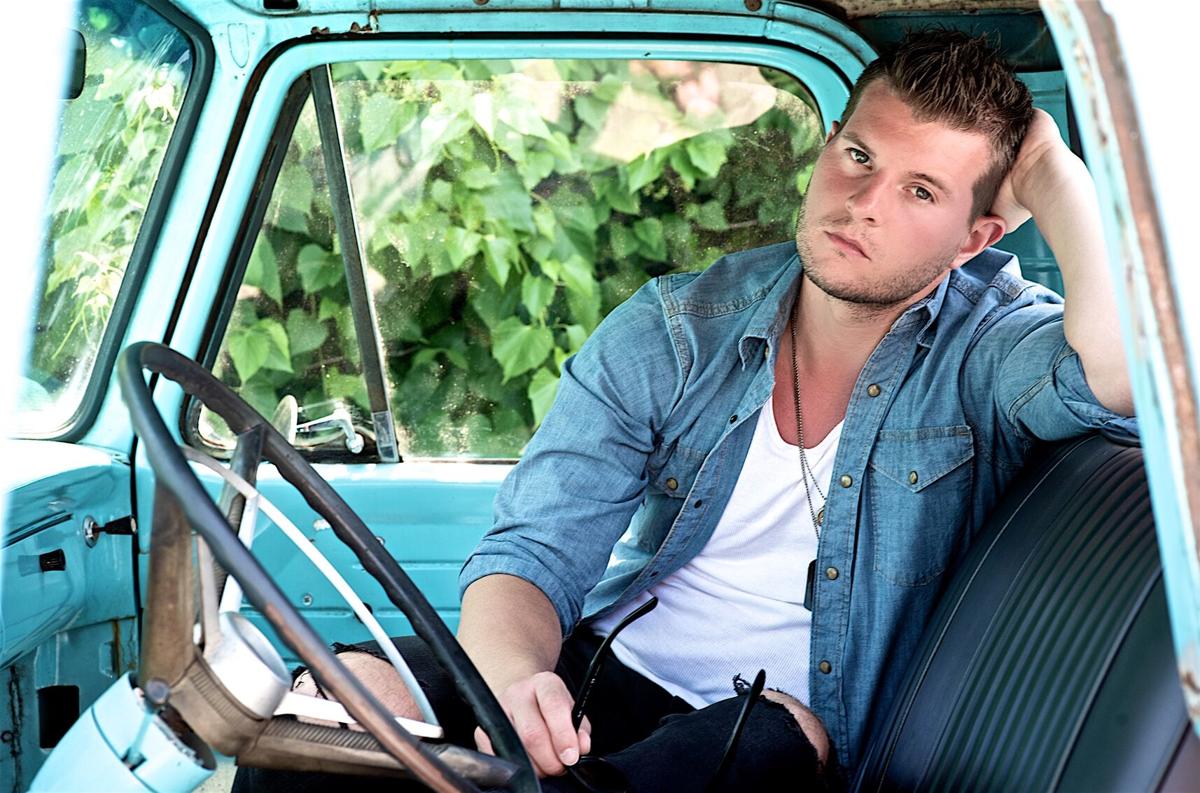 Justin Fabus’ album “Shelter from the Storm” peaked at No. 25 on the iTunes Top 200 Country Chart. 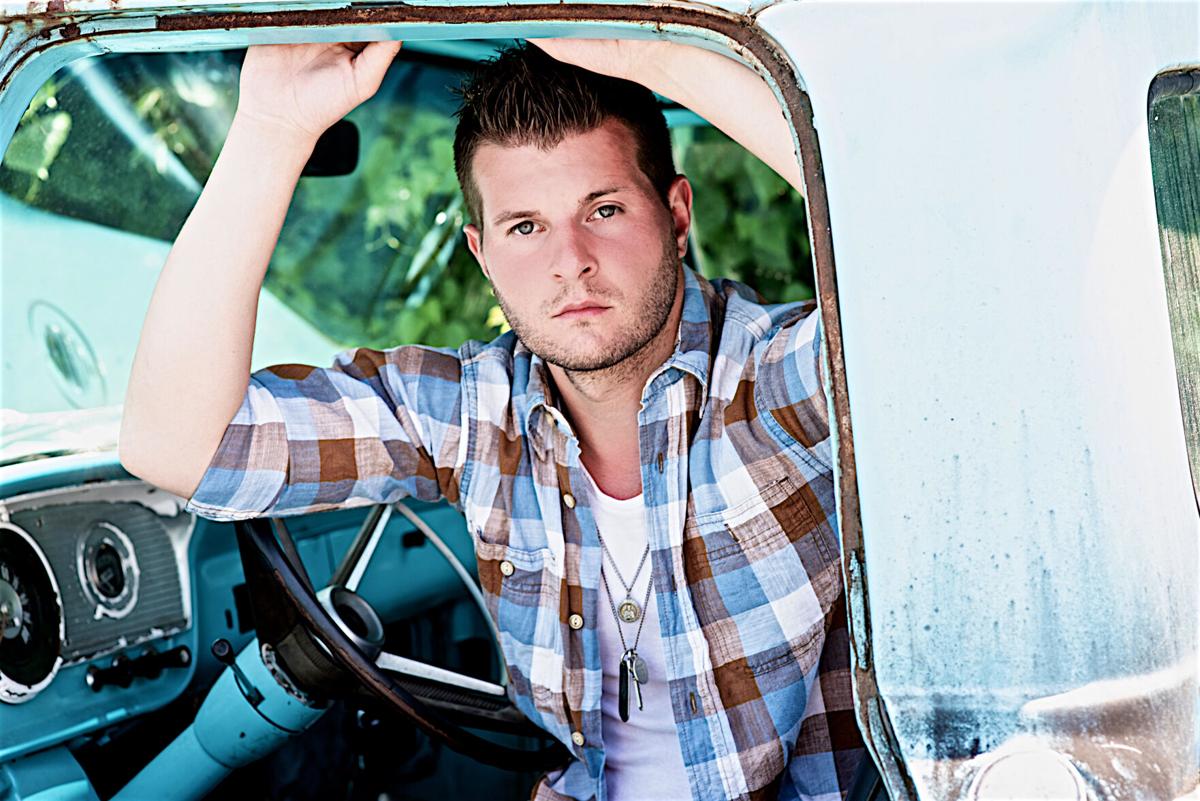 Justin Fabus is a country music artist from Scott Township.

Justin Fabus’s new EP, “Shelter from the Storm,” was released in September.

Justin Fabus’ album “Shelter from the Storm” peaked at No. 25 on the iTunes Top 200 Country Chart.

Justin Fabus is a country music artist from Scott Township.

Shelter. 2020 has been a year of finding it, staying safe, wearing masks. A year without concerts, dances, family gatherings. But music hasn’t stopped. Artists are finding ways to connect with their audiences despite the pandemic.

“This whole year has been about sheltering from this storm,” says Fabus, an independent music artist who splits his residency between Scott Township and Atlanta. He hopes the EP with seven new songs will resonate with fans during this time. “Writing and working on these songs has been great shelter for me and hopefully it will be a bright spot for people too during this crazy year.” His songs touch on the types of masks we wear, how we feel about ourselves physically, the loss of loved ones and commitment.

For this project, Fabus was challenged to leave his comfort zone by Pittsburgh businessman and new manager, Tom Dowd. In late 2019, the plan was for Fabus, whose past recording projects include self-titled “Justin Fabus” in 2016 and “Remedy” in 2018, to step away from long tours and focus on writing. “He had me doing things I’ve never done before when it comes to writing style, content and work ethic,” Fabus says. He adhered to a strict schedule of writing at least two hours each day and branching out in his writing style. And then the pandemic hit. “The timing actually worked out in my favor. I didn’t book a long tour that I would need to cancel,” Fabus says.

Without radio play, without touring and without a record label behind him, Fabus sees this as a considerable achievement. “Being (on the iTunes Top 200 Country Chart) next to guys like Chris Stapleton and Tim McGraw – one of the biggest country artists in the world – is mindblowing,” he says, crediting his fans. “I’m blessed to have a good team, including my manager and my producer Travis Butler. We recorded this during the pandemic in a studio he built with his own hands. It’s a victory not just for me, but everybody on my team.”

The music ranges from heartfelt acoustic pieces to faster move-your-feet tempos and Bon Jovi-influenced heavy guitar arrangements, something for everyone.

Your Body’s a Blessing

Written with his guitarist Miguel Garcia, Fabus wanted this song to be upbeat in the current pandemic. The spark for it came when his fiancée, Julie Grant, an anchor for Court TV, was having a down day.

“There really isn’t anything you can do in quarantine, you stay inside, obviously you are eating more and not working out. So, just like we all feel insecure about our bodies from time to time, she was having one of those days and that just boggled my mind, because of course I think she’s beautiful no matter what. I had this idea about ‘your body’s a blessing’ and it just kept coming back to me.”

He says Grant earned her first co-write as a songwriter providing a line when he was at a loss for one. “The song is saying, no matter who you are or what you look like we are all special and beautiful in our own way, something I think we definitely need to hear right now,” Fabus says.

Fabus says this song was the most difficult he’s written, as it’s about his mother’s passing. “She had pancreatic cancer and passed away in November 2018. He avoided writing for nearly six months. Prompted by a text from Grant on Mother’s Day to comfort him, he sat down later to write the song leading with, “Mother’s Day has come and gone…” and ending with the tribute “there’s no stronger love than a mother’s... there’s no harder job too, but I know there’s a special place up there for all of them and you.” He says, “Everyone celebrates Mother’s Day. What about the people who can’t celebrate? It’s a hard day for people, and I wanted to get that message across.”

“He’s a musical hero of mine,” Fabus says. “I’ve been knocking on his door for six years.”

Aware that his relatively unknown status made it less likely for a collaboration, Fabus took the opportunity each time he contacted Marx to ask if they could write a song together. The persistence paid off. Marx made time during the pandemic to collaborate with Fabus. “It was frightening. I had one shot and it had to be good. If I had sent something back that wasn’t good, he’s in a place where he could say ‘I can’t put my name on this.’” The upbeat tune is about the spark that happens when you meet someone who could be very special in your life.

Fabus penned this title just weeks after he began dating his fiance when he realized that they would probably face a long-distance relationship. An anchor for KDKA-TV, Grant was considering a move to Court TV in Atlanta. “My mom had just passed, and I was a mess. I met her three weeks later – it was such a breath of fre sh air, and then I was hit with having to have a long-distance relationship. After her move, he wanted her to know just how much she meant to him and that no matter what, nothing would change.”

Released on Valentine’s Day, Fabus shared that he wrote this song just after becoming engaged. “I wrote it in 30 minutes, it was a very easy song to write. It’s my promise to her that whatever happens, we are going to go through this crazy life together.”

Written with Garcia, this song took Fabus out of his element. “It was kinda of pushed out of me by my manager Tom. I’ve always written from personal experience and I’ve said before I won’t write about things I haven’t lived, I don’t know how to write that way. Tom really wanted to take me out of that box. I’ve always been a fan of murder mystery songs, so I thought, O.K., I’m going to take a swing at it and write a murder ballad.” The song, written to be ambiguous, leaves the listener to decide if the narrator, who is sharing his story with someone in a bar, has left his loved one or committed murder, as sirens are heard at the song’s close.

The EP was finished and was supposed to be just six songs, but Fabus says his manager asked why he wasn’t going to write about what’s going on in the world. “Honestly, I didn’t want to go down that rabbit hole. It’s depressing what’s going on, all the social injustice, the loss of so many lives in the pandemic and the back and forth about wearing these masks.” But he agreed, and the two wrote the song together. Fabus came up with the idea of ‘masks,’ not just the ones we are wearing now for protection, but the masks we wear in our everyday lives that hide our insecurities.” With only his acoustic guitar and a harmonica, the tempo rises and falls, much like the year 2020. “I think it ends the EP perfectly, just slows everything down, and it’s so raw.”

Fabus says he looks forward to playing live again. “I’ve had some calls about drive-in theater shows. They really don’t appeal to me. I don’t want to put anyone in harm’s way and I want everyone to be able to dance and enjoy the show. Hopefully by next spring or summer we can find a vaccine and we can go back to being in person.”