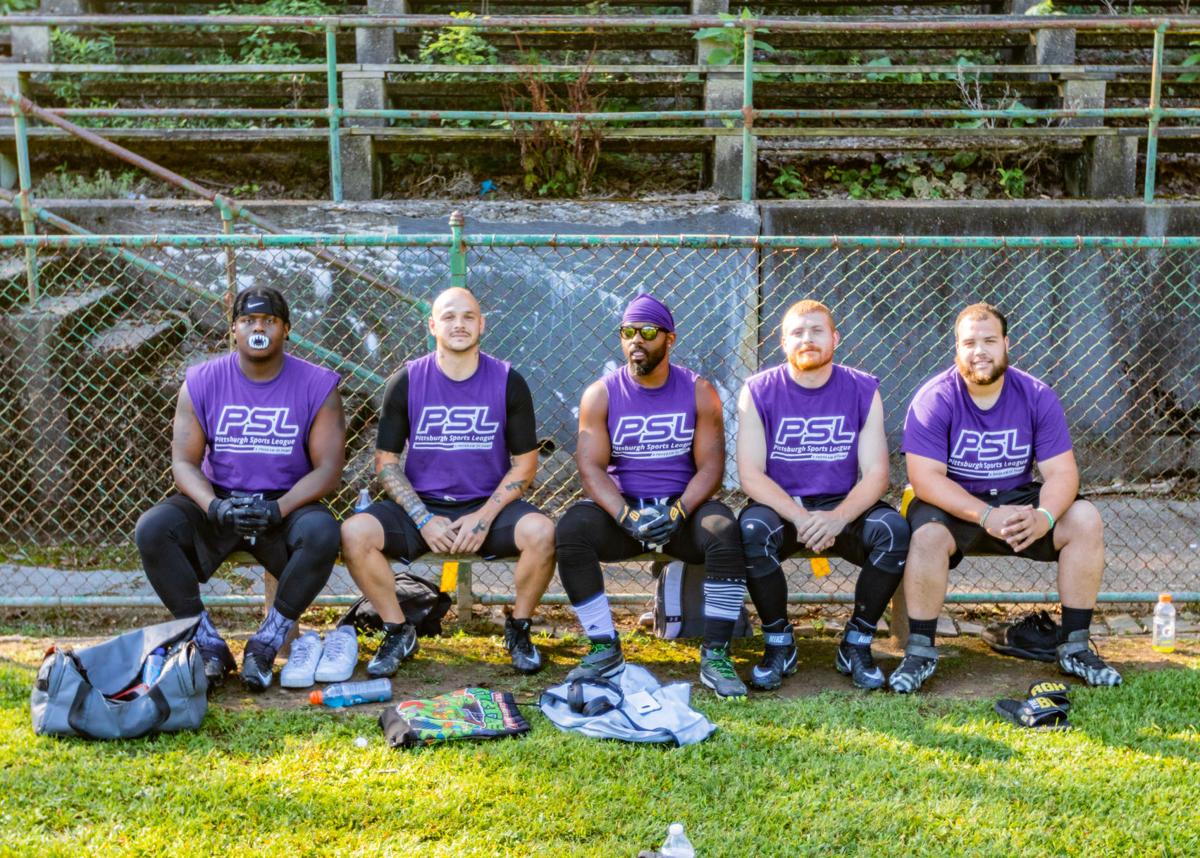 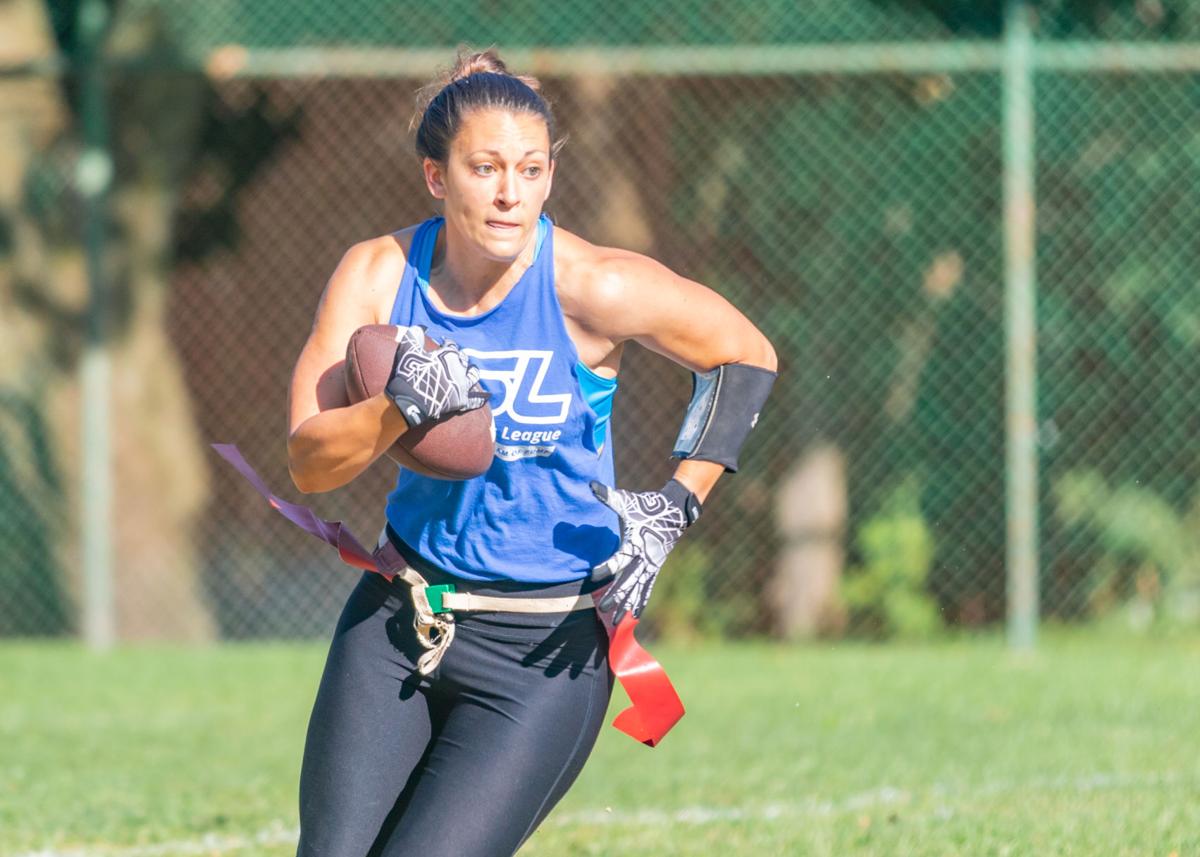 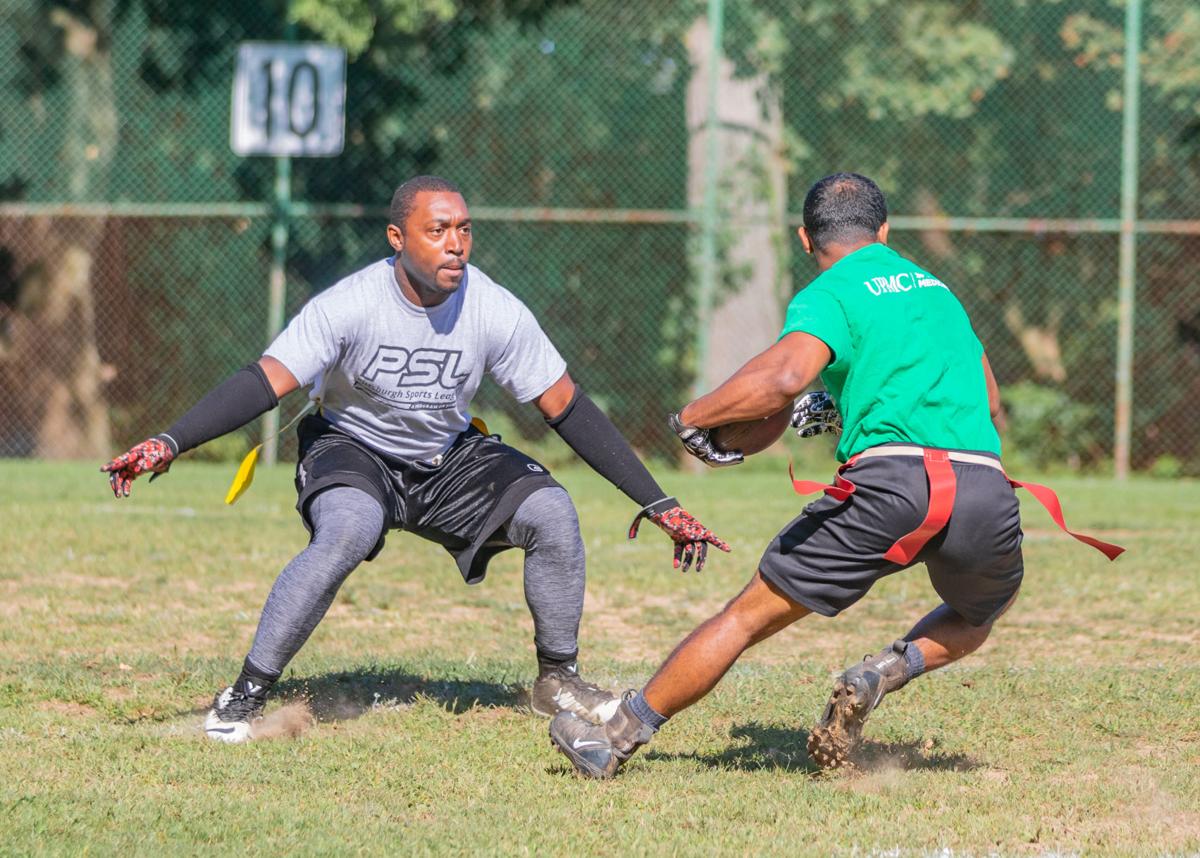 Flag football leagues are offered in the fall by Pittsburgh Sports League. 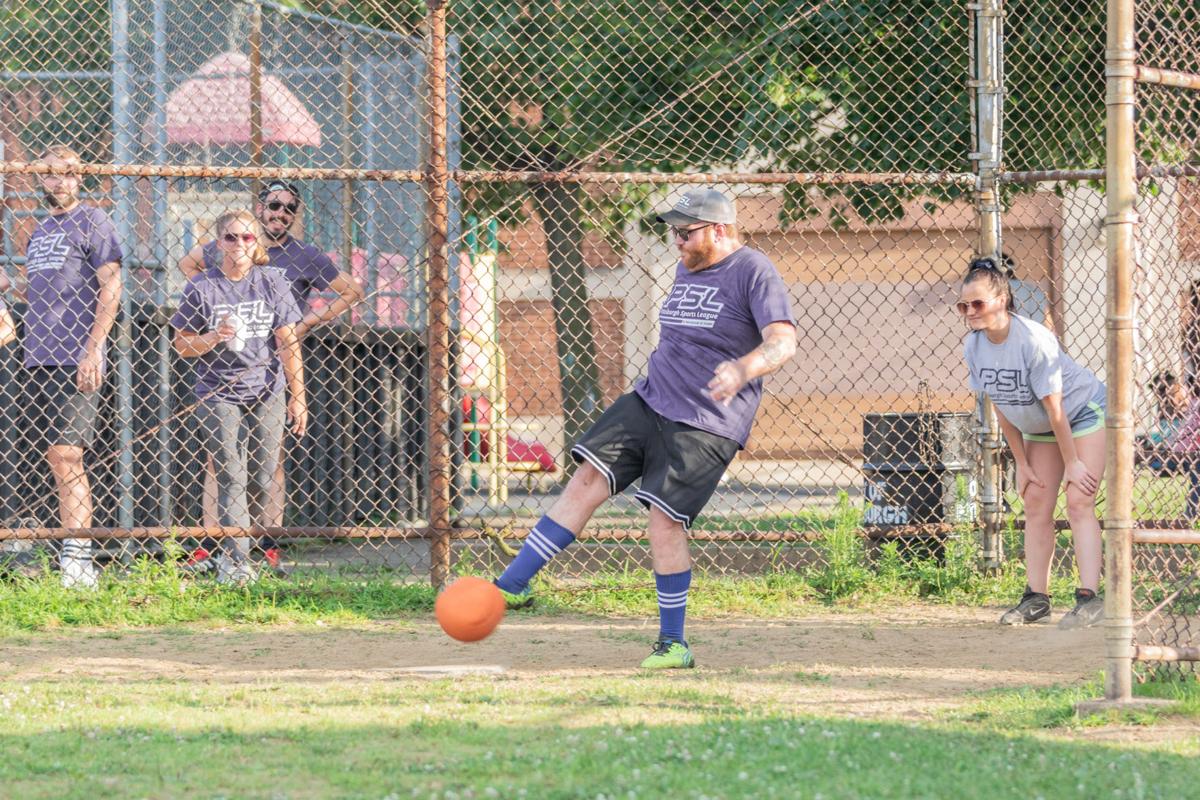 Playing kickball has become a popular way for adults to stay in shape during the spring and summer months. 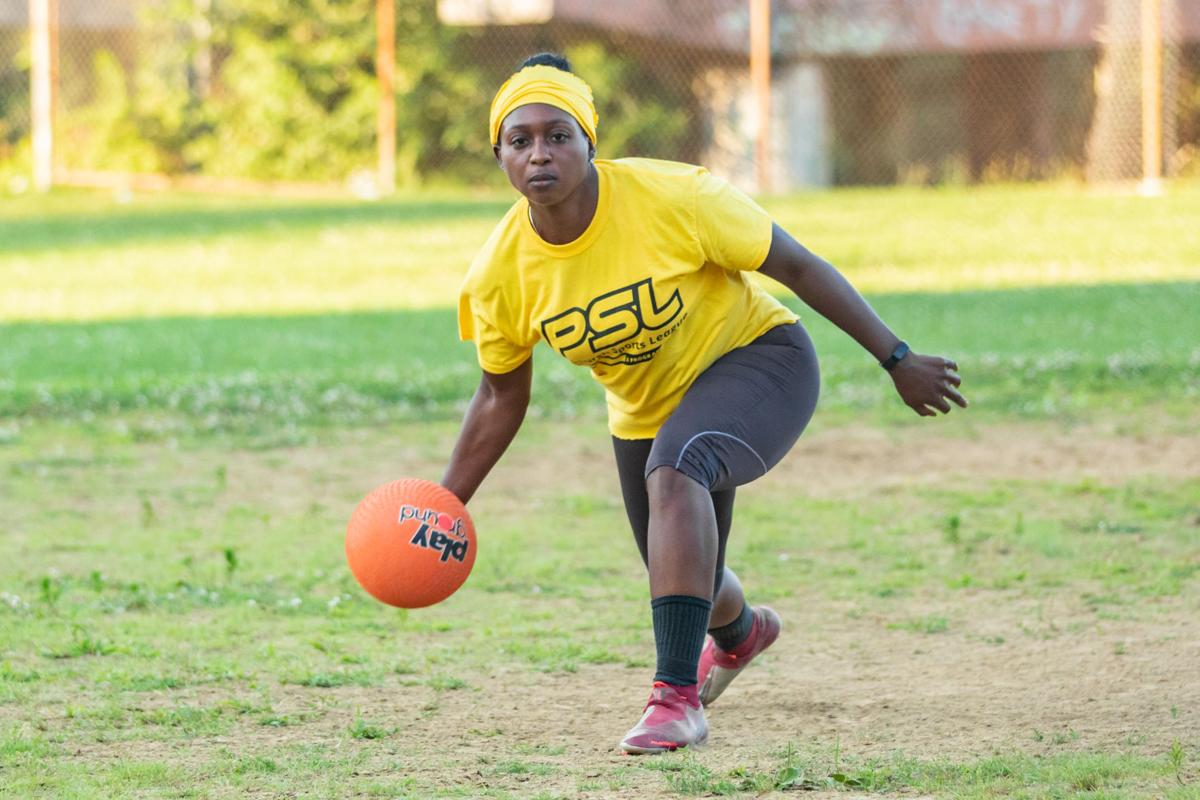 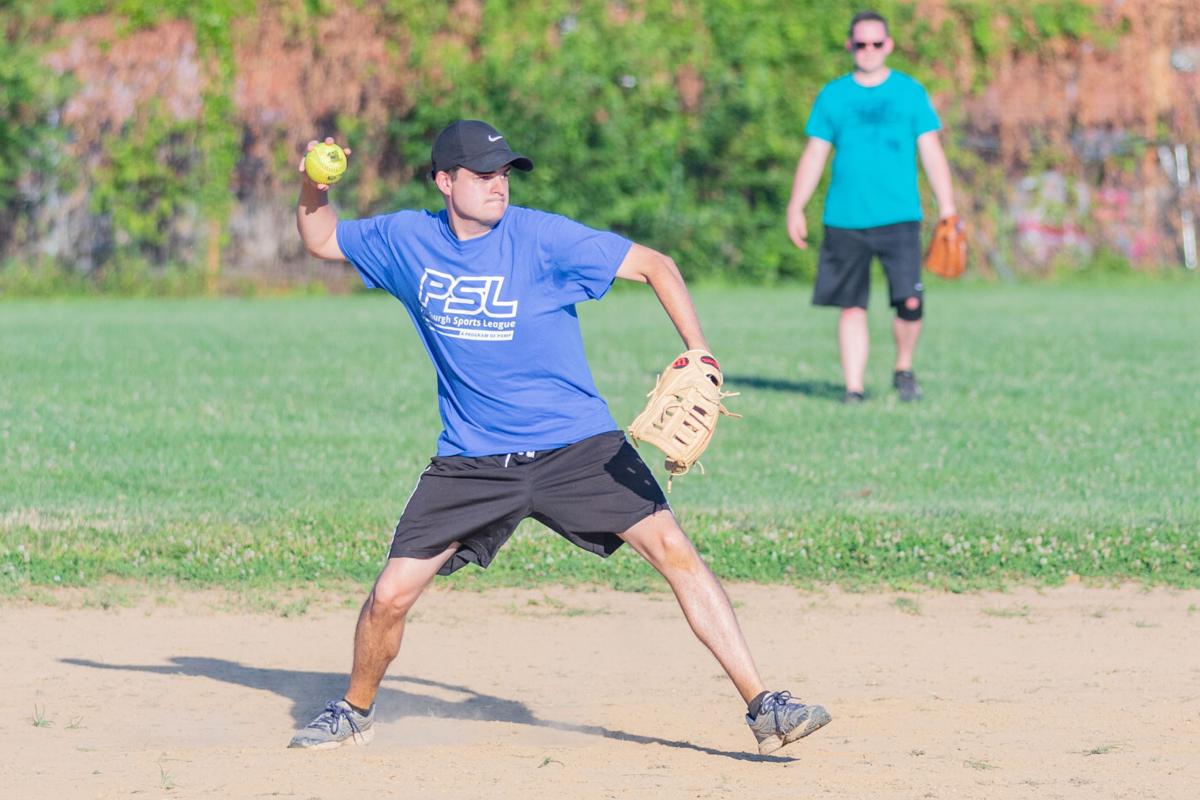 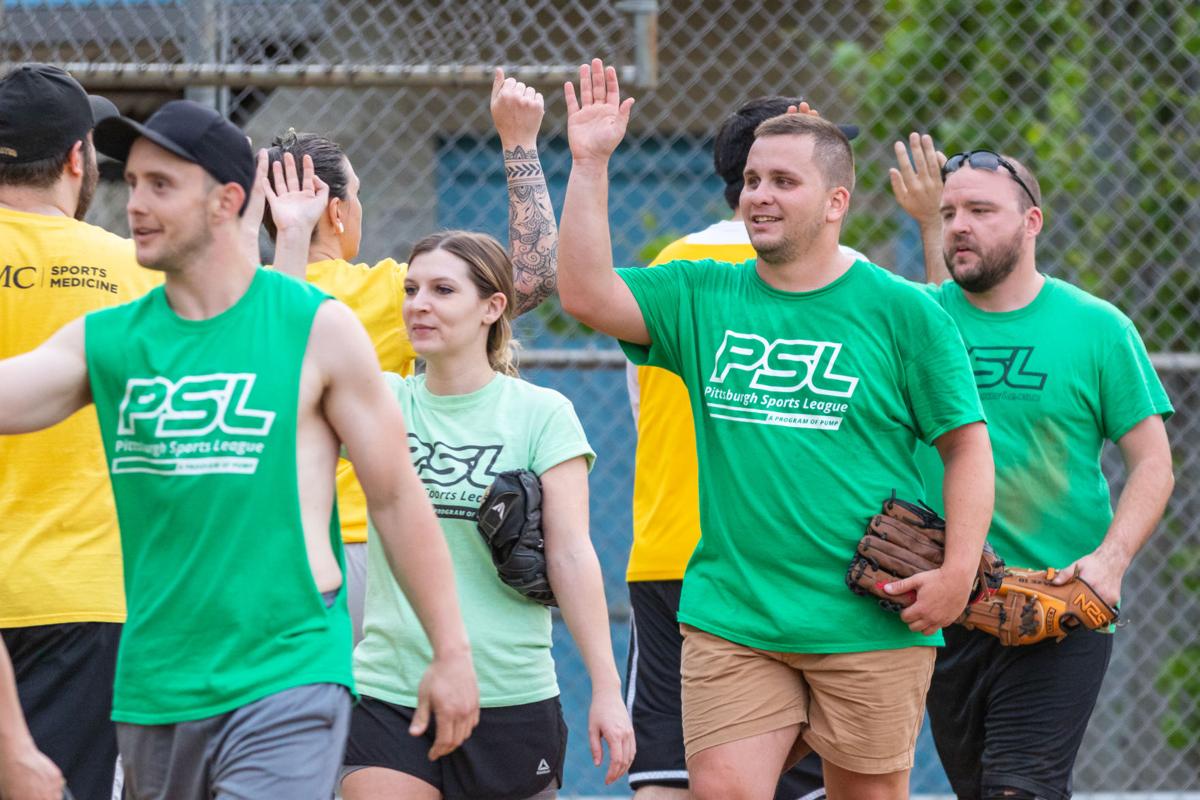 The Pittsburgh Sports League has about 20,000 adult participants in a wide array of sports each year.

Flag football leagues are offered in the fall by Pittsburgh Sports League.

Playing kickball has become a popular way for adults to stay in shape during the spring and summer months.

The Pittsburgh Sports League has about 20,000 adult participants in a wide array of sports each year.

Yes, the schoolyard game that required only the most minimal skills at which to excel is now a fixture of many an adult sports and recreation league in this area and around the country. Visit a community park or recreation center on a weekend afternoon in the warmer months of the year, and you just might witness a bunch of people who are decades past fifth grade propelling those distinctive red balls skyward.

“Kickball is our second largest sport,” according to Greg Mitrik, director of Pittsburgh Sports League, which oversees an assortment of adult recreational sports leagues. Second only to softball, Mitrik said they field about 250 kickball teams per year.

Once upon a time, adults who didn’t have aspirations to being professional athletes largely abandoned the gym and recreation center once they became adults – unless, of course, they were there as coaches or cheering on their kids. Twenty years into the 21st century, it’s more than acceptable for adults to play kickball, softball, volleyball, pickleball or just about any other sport.

The benefits are much the same as they are for a young person. Sports can be a confidence-booster and offer lessons in teamwork, but perhaps most importantly for adults, it offers an opportunity to socialize, relieve stress and get some exercise. Also, when you’re participating in sports as a decidedly nonprofessional adult, the pressure of gym class is gone, and you can stumble or fumble without it being a self-esteem shattering blow.

“It’s a fun group,” said Josh Werner, Peters Township’s assistant parks and recreation director, referring to adults who play volleyball at the township’s community recreation center. He explained their sessions are marked by collegiality – they play volleyball, then go out and have drinks afterward.

“It works out well for them,” he added.

Mitrik said Pittsburgh Sports League – PSL, in shorthand – has about 20,000 participants every year, spread out over four seasons and more than 15 sports. Along with kickball, the league offers mainstays like basketball and soccer, along with darts, dodgeball and cornhole.

“The PSL is for anyone, really,” Mitrik said. “We believe that the PSL provides many different opportunities for our members, whether that is fitness, social or networking.”

“They just want to have a good time and get together with friends,” she said. “They just try to be active.”