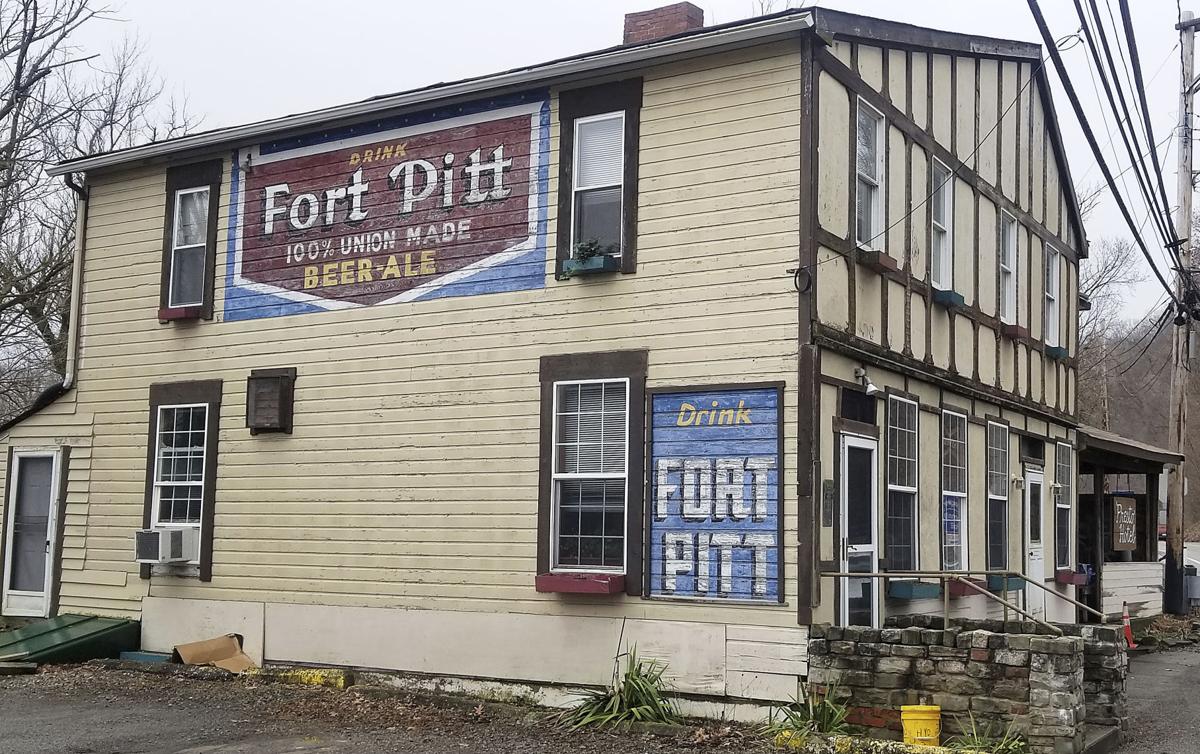 Built in 1900, the Presto Hotel, which sits along Thoms Run Road in Presto, is still a working tavern today.

Do you know the way to Thoms Run Road? This sign board at the Bridgeville Area Historical Society points to many towns along the run, including Presto and Federal. 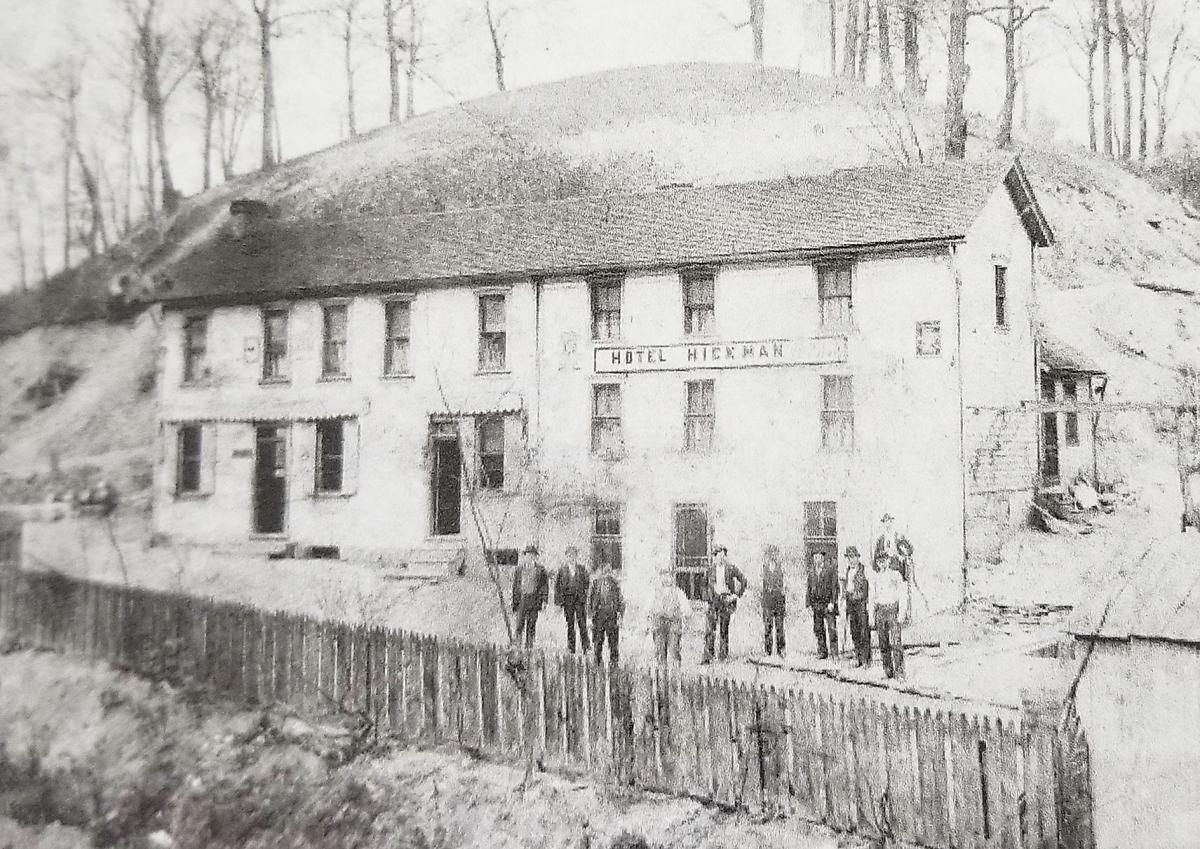 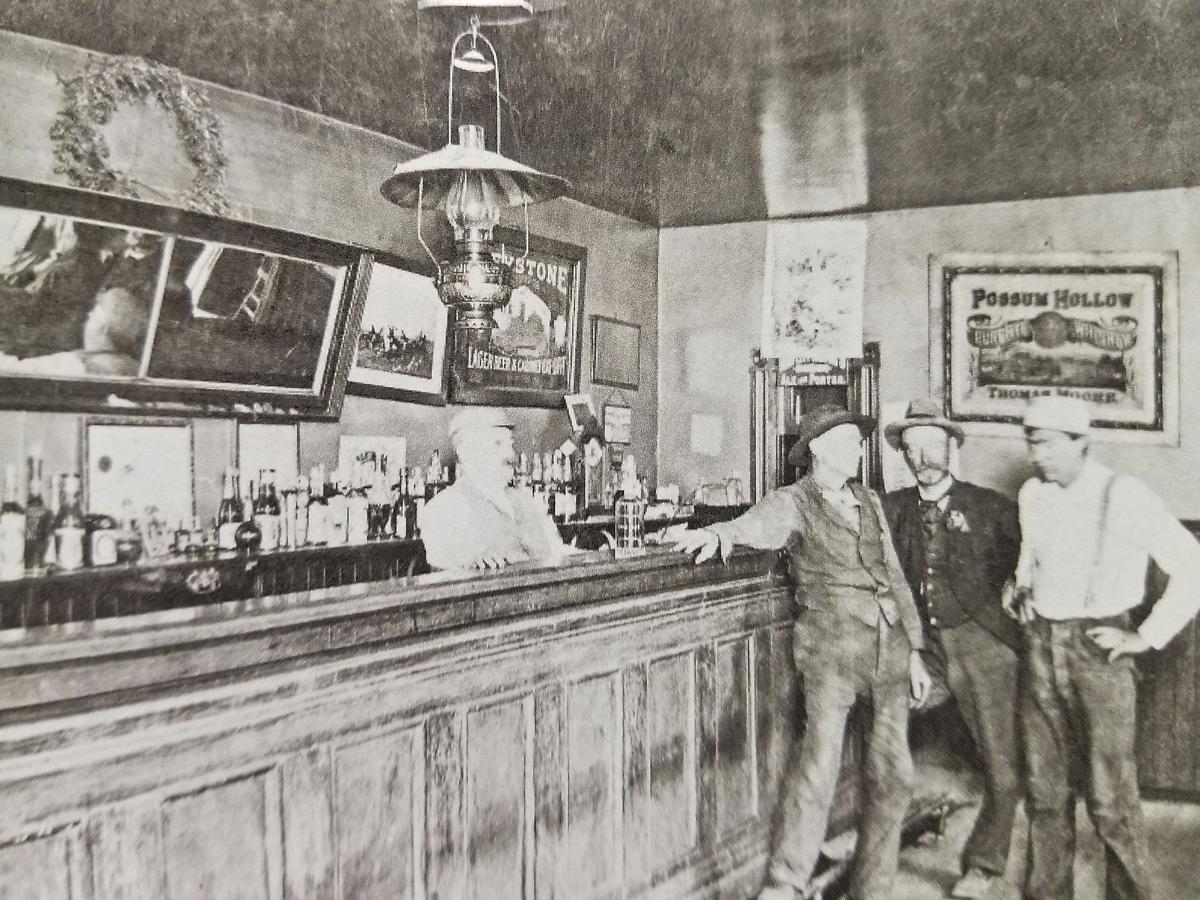 This beer’s for you: Several men enjoy a cold beverage at the Hotel Hickman in 1904.

Just like the water that migrates along Thoms Run and weaves its way into the mighty Chartiers Creek, immigrants looking for a better life flowed into the region with the hope of working in the bustling coal mining industry that popped up around the stream in the late 19th century.

There once were 28 active coal mines located around Thoms Run that led to the creation of at least five towns in modern day South Fayette and Collier townships.

Beechmont, Hickman, Federal, Burdine and – probably the most well-known – Presto. Each one was as individual as the immigrant families – 16 different nationalities in all – who settled along Thoms Run during the heyday of the region’s mining era.

“It was like a little boomtown,” says Gene Czambel, who is the fifth generation to live on land in the Hickman neighborhood of Collier Township that his great-great-grandfather Edward John L. Webster once owned. “Each were individual little towns. They had their own schools and stores and bars.”

Czambel and his cousin, Rand Gee, who now lives in Pentwater, Mich., co-authored the book Forgotten Mines & Coal Towns of Thoms Run that was released last year. In it, they explain how the little stream – which is known today for the two-lane road named after it more than a century ago – attracted families and workers alike to work in the now abandoned mines. While the authors know a lot about the people who settled here, they are puzzled by the mystery of how Thoms Run, which was once known as Coal Run and Red Dog Run, got its name.

One theory is that it could have been named after Thomas Penn, the son of Pennsylvania’s founder, William Penn. A more likely explanation is that it was named after an early settler.

Some of those people were the ancestors of Czambel.

Edward John L. Webster came to this country with his father, John, on the RMS Carpathia from England in 1881. Edward Webster later sent for his wife, Emma, and their three children, and they initially settled in East Carnegie. Three years later, they set out a few miles down the road when Edward Webster predicted the extension of the Pittsburgh, Chartiers & Yough Railway spur through Thoms Run Hollow would likely boost the already emerging coal industry. With more workers, there would be a need for a “proper tavern and hotel” to meet their needs, he thought.

Webster paid $350 to purchase a half-acre tract of Joseph Hickman’s farm in September 1885, agreeing to an initial $30 down payment with $6 monthly installments for the next 54 months. Meanwhile, construction of the hotel at 4031 Thoms Run Road had already begun in 1884 in what was likely a “hand-shake deal” and it was open for business the following year.

“He must have been frugal and successful which enabling him to bring a sizeable sum of money to America,” Czambel and Gee write in their book. “This speculation is based on his financial ability to build and equip the hotel in just three years after his immigration.”

The hotel was a popular spot, according to the book, with Webster ordering two barrels of whiskey, 11 kegs of, 10 to 30 cases of bottled beer and a case of wine and liquor every month. He had a “friendly and affable personality, but was shrewd in his business dealings,” Czambel and Gee say in their book.

“The railroad came through and one thing led to another, and that’s how he made his money,” Czambel says of Webster, who died of a heart attack in 1908 at age 57.

Hickman wasn’t the only boom town of the area that stretches along Thoms Run Road from Beechmont near the new Collier Community Park about three miles southeast to Presto.

“Why were they so close together? Well, how did you get around back in those days?” Czambel says. “You walked.”

But there are few remnants of the area’s mines and businesses. Federal Firearms, a gun store located at 5035 Thoms Run Road, used to be the Federal Schoolhouse. It’s the last school building that still stands today.

But one of the last remaining symbols of the mining communities is the Presto Hotel.

Thomas Park, a Scot, came to America with his family in 1893. They initially lived in a different Pittsburg – the one in Kansas – before moving to Fayette County in 1900. That same year, Park moved to this area and built the Presto Hotel, where he lived with his family, along with superintendents at local coal mines. The ornate bar inside is believed to be created by the Anheuser-Busch company and was installed when the hotel opened in 1900. It still remains in the tavern today.

“Presto was the first town coming through the valley and it was the biggest one out of the five,” Czambel says, which is probably why it businesses and its post office remain there today.

By the spring of 1911, landowners petitioned the Allegheny County commissioners to improve the Thoms Run path into an official road. The project received official approval about a month later in July 1911, with the cost to construct a gravel road from Washington Pike to Oakdale estimated at $108,719, which converts to $2.2 million in today’s dollars.

Unfortunately, the Great Depression just a couple of decades later stifled the region’s growth, forcing the closures of many of the mines and stores that propped up the villages that sprang up along Thoms Run.

The process to write the book allowed Czambel and Gee to learn not only more about their family history, but how Thoms Run Road grew from a pathway used by animals and early travelers into a byway to affluent neighborhoods in South Fayette and Collier. Czambel says Gee and another cousin, Debbie Pelky, are working on another edition that includes research beyond Thoms Run.