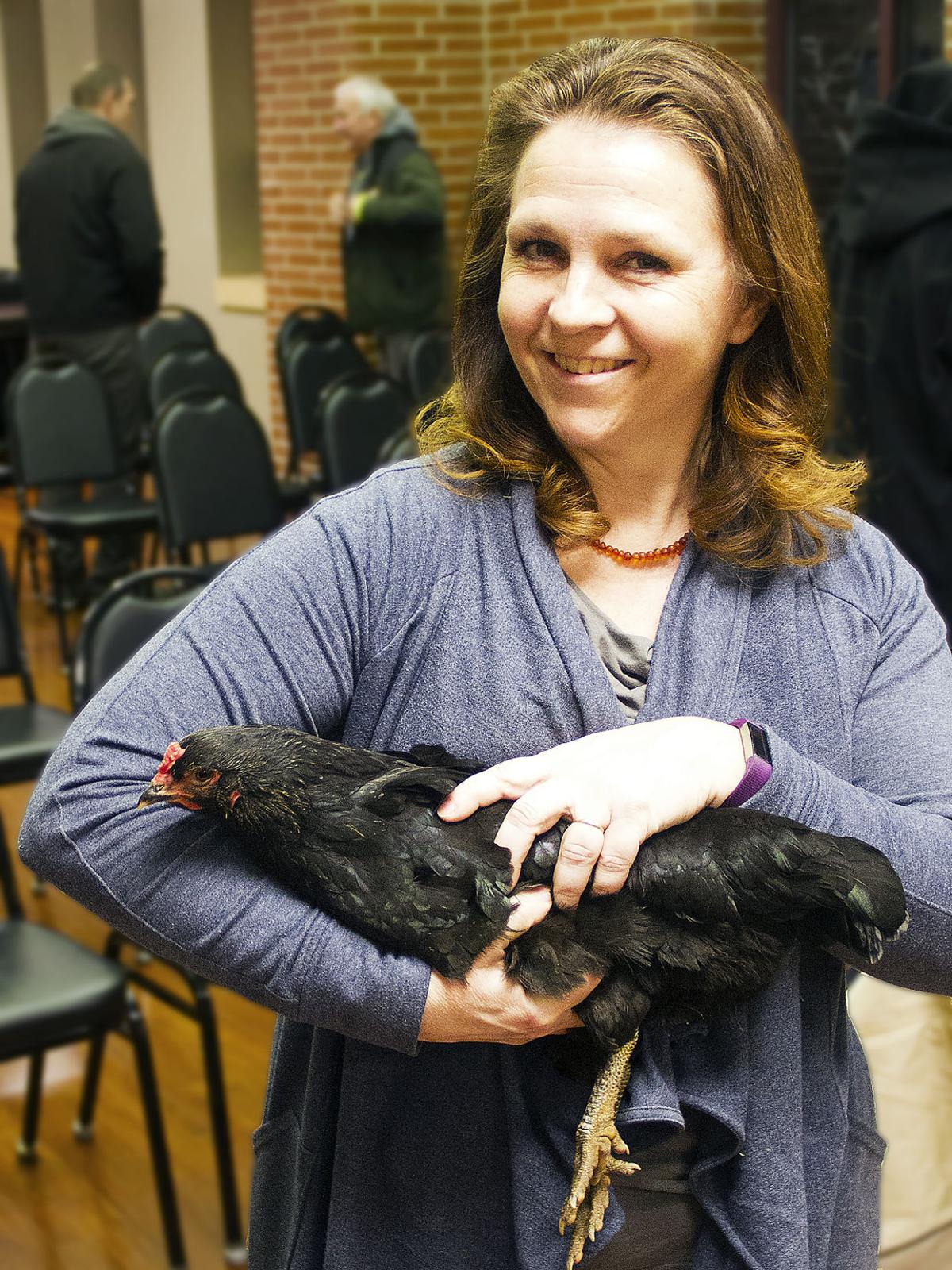 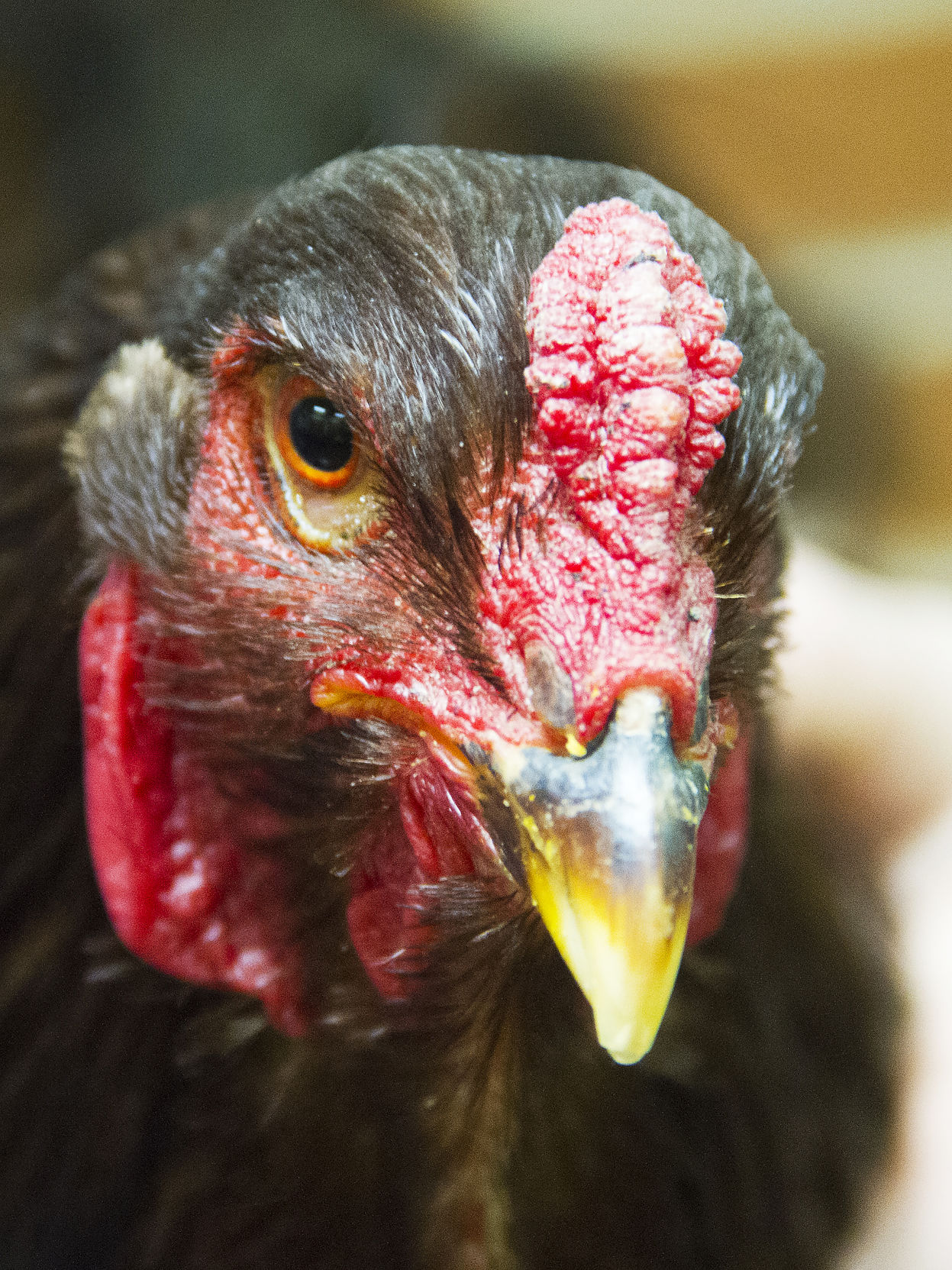 In Bethel Park, the egg definitely came before the chicken.

Residents have been feasting on America’s favorite breakfast food for time immemorial, but only since last September have they been allowed to raise chickens in their yards.

The new ordinance has prompted some egg enjoyers to give producing their own a try, and about two dozen turned up at the Bethel Park Community Center for a one-night course at Chicken University.

“Professors” Steve Stanish and Liesa Stiller of the Uniontown Poultry Association were on hand to guide prospective hen raisers about getting started, with the main order of the evening: If you’re looking for eggs, make sure you don’t end up with cock birds.

“That’s the terminology, guys,” Stiller explains. “You can say rooster, but anybody who raises chickens is going to call it a cock bird.”

A hen is a hen, though, and everyone in the audience is looking for layers rather than, as the parlance goes, meat birds.

“If you’re just looking for a particular chicken for eggs, they’re going to tell you to get a Leghorn,” Stiller says about the highly productive breed that originated in Italy – as long as it’s not of the gender that might be named Foghorn. “They will produce one egg a day regularly until they get to be about 2 years old, and then it kind of peters out a little bit, maybe one egg every 26 hours, 28 hours. Eventually, it becomes one egg every week. About then, your little girl is heading into ‘henopause,’ OK.”

That gets a chuckle from audience members.

“She’s going to stop laying eggs,” Stiller continues. “So you can decide then whether you want to keep her as a pet, if she has the personality.”

Yes, she does that with some of her chickens in their latter stages of life.

In the early stages are chicks, and hen raisers can choose to begin either with babies or birds that are ready to produce eggs.

“If you start with birds that are going to be laying right off the bat, it cuts out a lot of the first-year jitters that you might have,” Stanish, the poultry association’s president, says. “If you’re going to do that, you have to make sure that you have all your buildings ready and your run ready, feed, water and everything like that.”

That means having a coop in place along with an area for the chickens to exercise, be it in a pen or, let’s say, at large.

“If you’re going to let them out roaming, you’re going to have to be very judicious in how you let them roam. Your neighbors might not appreciate the fact that you have chickens,” Stanish cautions. “They are going to roam. They are not bound by a picket fence.”

As for choosing chicks to embark on raising the birds, it might be something of a challenge.

“There’s nothing wrong with that, but you’re going to have to keep them housed very well for at least two months, meaning probably in your house,” Stiller says. “You will have to put resources into that bird for six months, until they get to point of lay.”

Stanish recommends keeping chicks clean and dry, and to house them atop sheets of chicken wire, mainly to avoid exposing them to coccidiosis. The parasitic disease spreads mainly through contact with infected feces.

“If you keep them up on wire, their droppings go down through, and they’re not picking at the droppings,” he explains.

The primary symptom is diarrhea. “By the time you notice you have a problem, they’re starting to die, and they die in rapid succession. And it’s heartbreaking,” Stiller says. “I had 48 Delaware chicks. They were so cute. And I lost all but 12 before I even knew what was going on.”

For another preventive measure, she and Stanish recommend medicated feed or anti-parasite medication that can be put in water, without overdoing it.

Also good for chickens, they say, is feeding them insoluble grit to help grind food in their gizzards, along with ground oyster shells to provide added boosts of calcium. Providing quality products for their diets also helps keep them healthy.

“They make fun of me, but I taste all of the food that I feed these chickens,” Stanish admits. “If it doesn’t taste good to me, then it’s not going to taste good to them.”