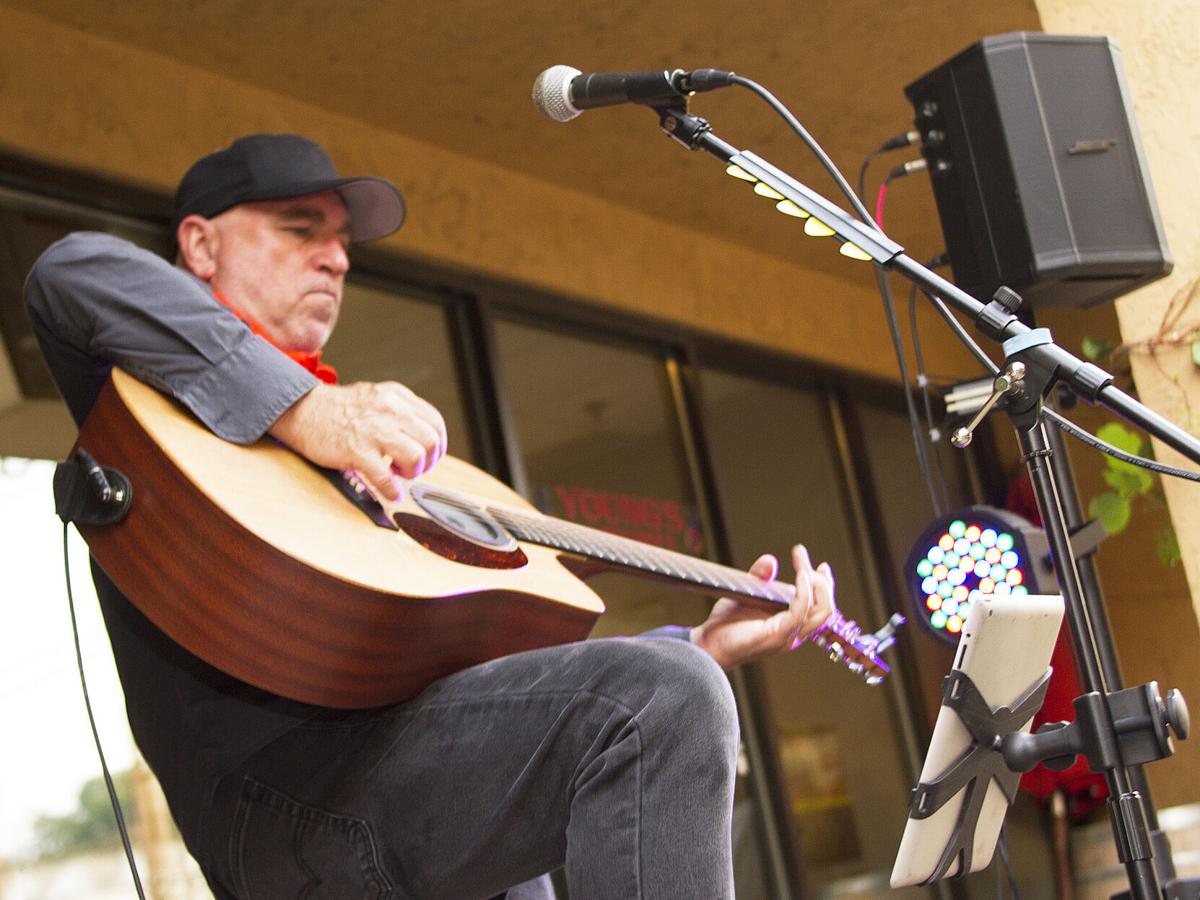 Brad Wagner kicks out the jams on his Martin acoustic guitar. 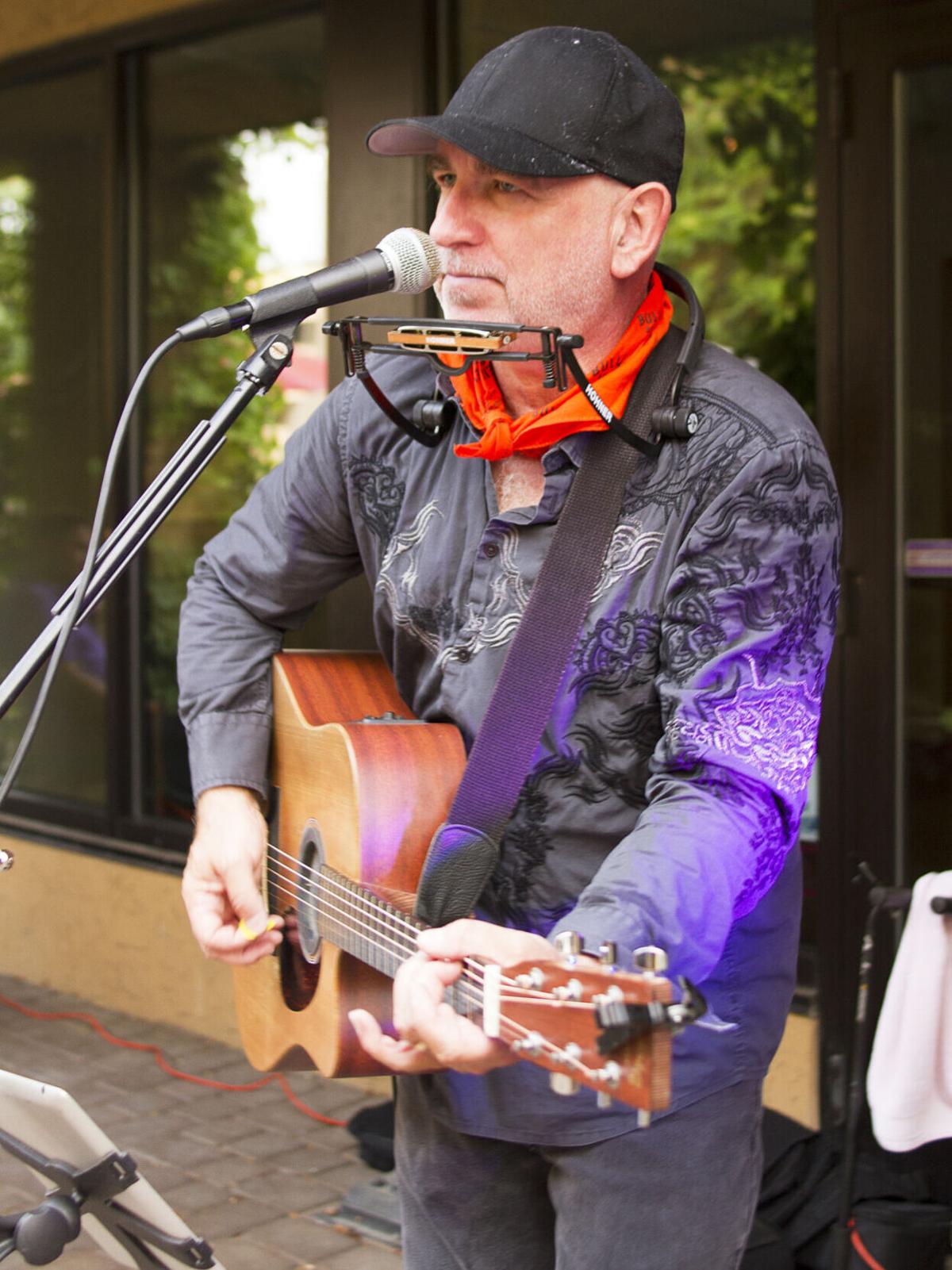 Brad Wagner brings out a harmonica for his take on Neil Young's "Heart of Gold." 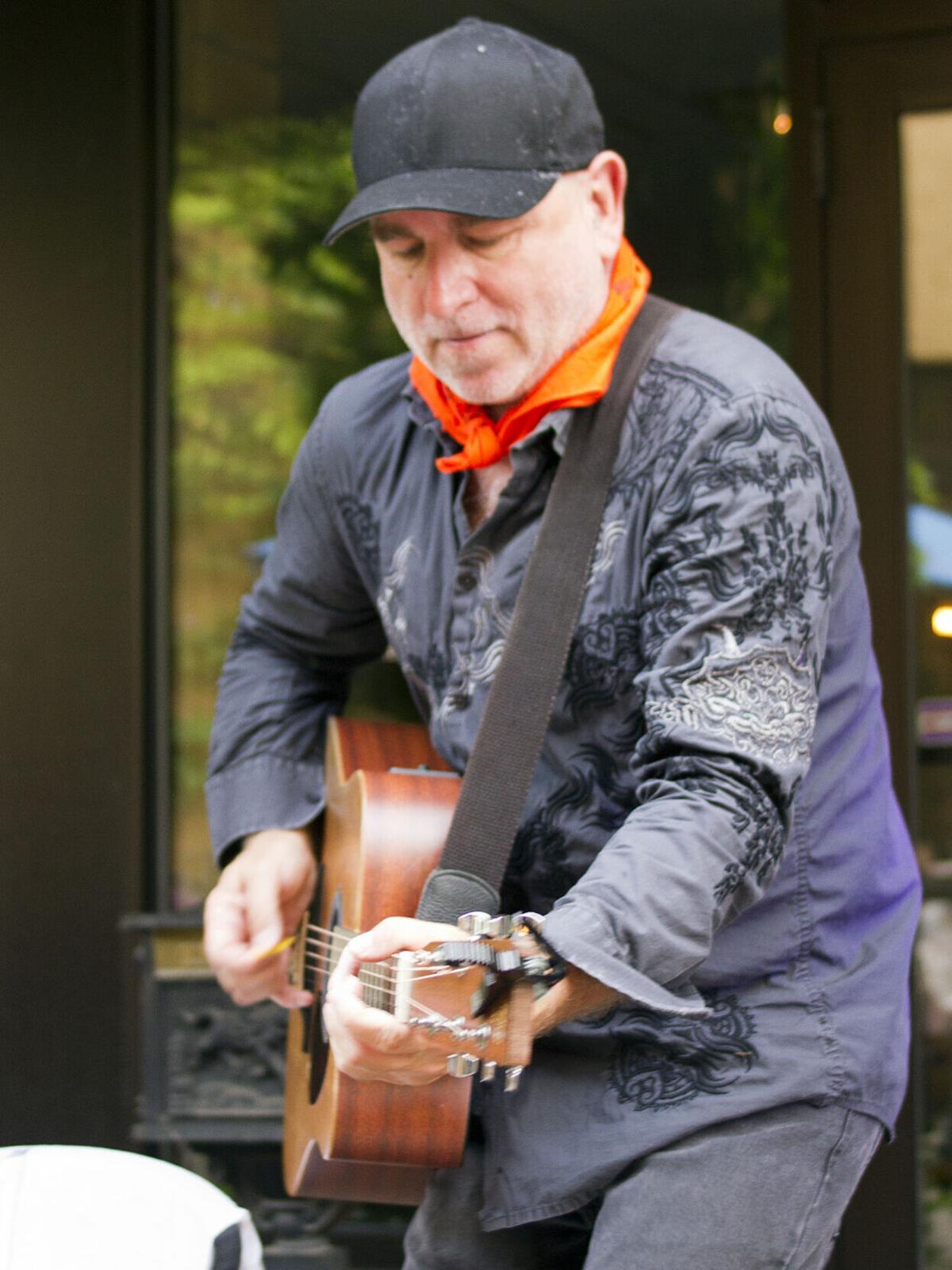 Brad Wagner displays his talents as a guitarist. 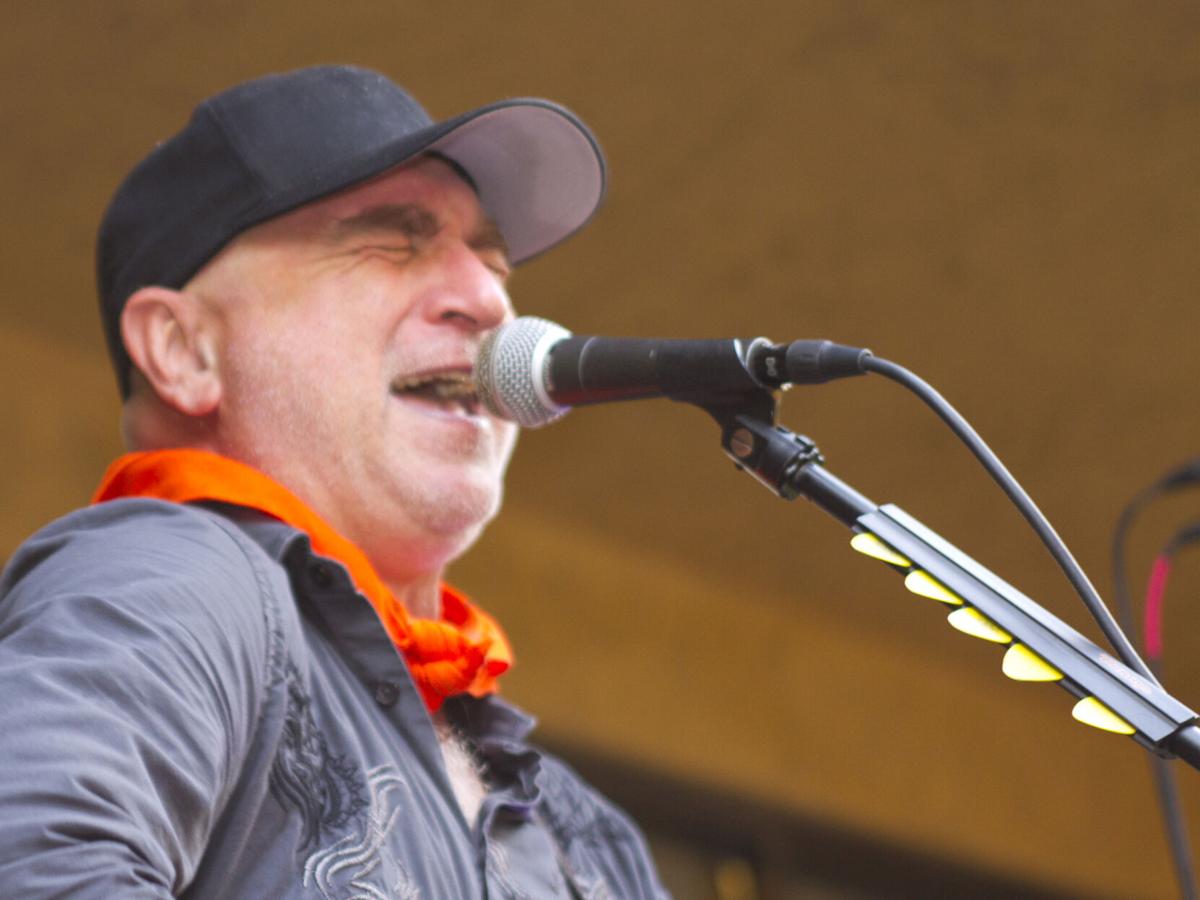 He's quite the vocalist, too. 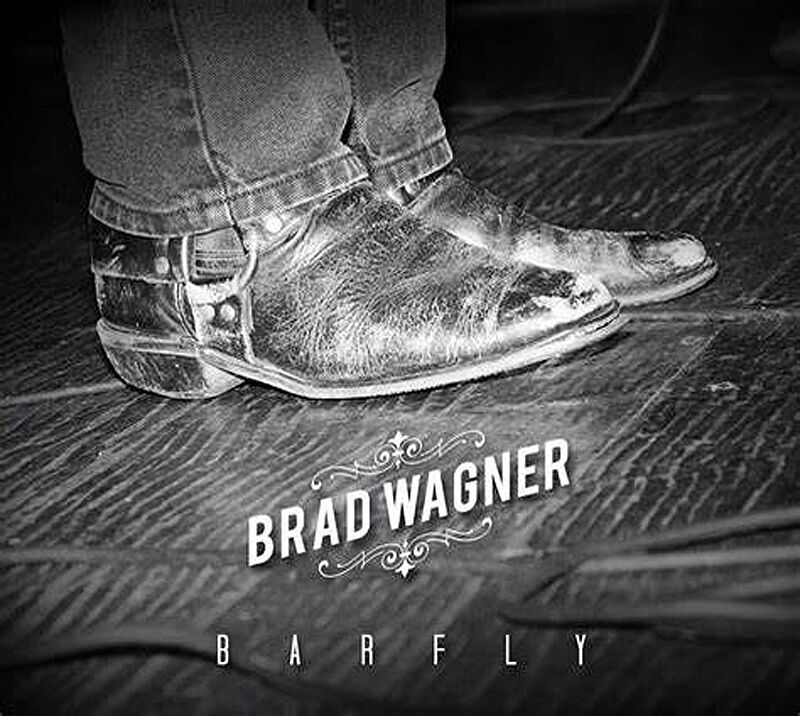 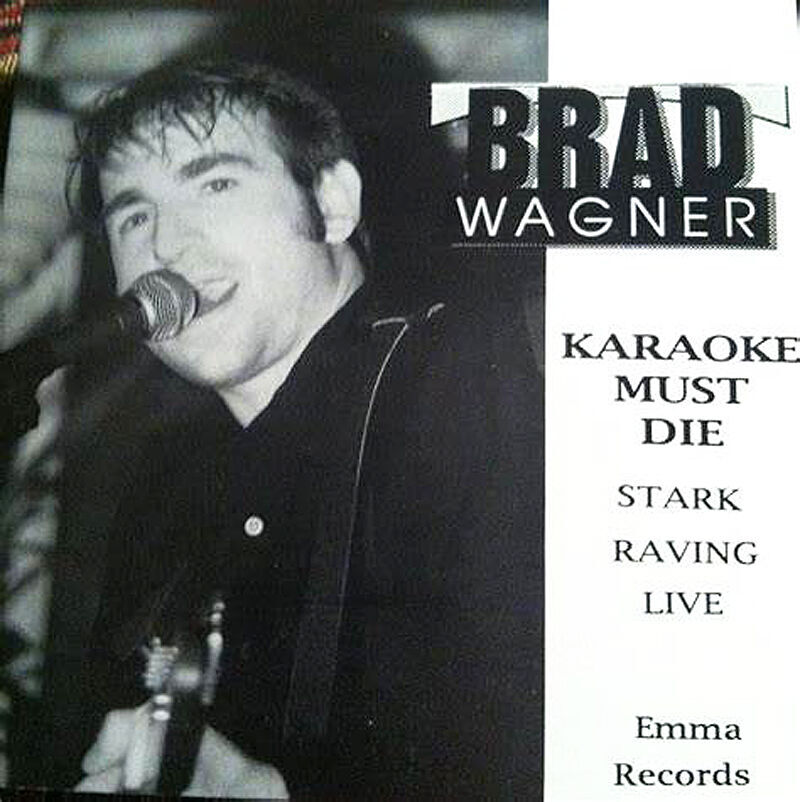 A release from the '90s features solo performances at the late, great Graffitti Café Pub and Showcase.

Brad Wagner kicks out the jams on his Martin acoustic guitar.

Brad Wagner brings out a harmonica for his take on Neil Young's "Heart of Gold."

Brad Wagner displays his talents as a guitarist.

He's quite the vocalist, too.

A release from the '90s features solo performances at the late, great Graffitti Café Pub and Showcase.

Having heard a request from an audience member, Brad Wagner makes an announcement.

“This song is about a friend of mine,” he chimes in.

He launches into the guitar riff for one of his originals, acoustic instead of his electric on the recorded version, singing about “My Friend Richard.”

Those with an ear for double entendres probably can guess where that goes, but Wagner pulls off the lyrics in a manner that is both intelligent and draws a knowing wink from any red-blooded male who has spent a night or two in a tavern.

And that’s just one of the 15 thematically unified vignettes the Mt. Lebanon resident presents on an album that puts his songwriting and musicianship on full display.

“Barfly” may have been released on compact disc eight years ago as of August, but it continues to ring true as a document of what Wagner and his performing compatriots tend to encounter in their travels and in their lives.

“When I recorded it, some of the songs were about 10, 12 years old,” he says. “The newest song on there was the title track, because I kind of wanted to loosely tell a story about the local rock ’n’ roll – for lack of a better word – troubadour who goes out and performs in less-than-ideal situations.”

Indeed, the album’s opening track, “Little Julie,” sets the stage by presenting the narrator in a role of palpable disenchantment: Here I am in a wedding band.

But the upbeat, straight ahead rock ’n’ roll behind the lyrics helps convey the message that, although less than ideal, the circumstances can be a lot of fun.

Speaking of which, “Barfly” is full of places to crack a smile if you listen closely. “Los Angelese” serves as a prime example, with lines like “I wrote a song on my four-track/It was a song about Arnold Horshack and they call the hookers escorts/And they all drive German imports.”

Then the tune wraps up with a statement that far too many musicians have heard from California industry bigwigs:

“If I would just cut out all this nonsense/About justice and social conscious/When you get your (expletive) together, come back to Los Angeles (pronounced “Angelese”).”

Another standout song is the aptly titled “Regular Joe,” which sums up Wagner’s “Barfly” persona with self-descriptions such as “Live on a dead-end street, not a cul de sac” and – remember, the album came out three years before 2016 – “More like Donald Duck than Donald Trump.”

There’s plenty more where that came from on an album that’s brimming with sly, well-executed observation and commentary.

He’s had a lot of practice.

“I started writing as soon as I picked up a guitar,” he says, and soon afterward he was playing in a six-piece band called Critical that reached its apex performing at the Three Rivers Arts Festival.

After the group’s demise, Wagner started a band called the Boilermakers that focused on his originals. He also played rhythm guitar for the Flashcats, which backed the legendary Benjamin “Bull Moose” Jackson in his final years.

Performing as an acoustic act, Wagner became a staple at Tony DiNardo’s Graffitti Café Pub and Showcase in North Oakland, opening for a diverse cast of visiting artists including Rock and Roll Hall of Fame inductee Leon Russell, onetime heavily MTV-rotated Great White and Dave Alvin of the rockabilly-revival band the Blasters.

“That was good exposure in how to deal with crowds that weren’t necessarily there to see you, how to navigate those waters,” Wagner recalls.

These days, he plays many a venue where audience members may be more interested in food, drink and conversation than listening to the music. But those who do pay attention are rewarded with one heck of a show.

For instance, he’ll integrate a device called a loop pedal that allows him to record his guitar on the fly and then add parts on top, creating the sound of a larger ensemble. And sometimes he does that with his voice, which becomes a veritable chorale.

When he’s not performing as Brad Wagner, he’s half of the wonderfully named duo Weekend at Blarney’s, joining nephew Pat Reilly.

“At family gatherings we started playing together, and that morphed into a side project,” Wagner explains, with gigs especially prevalent around St. Patrick’s Day and at the likes of Riley’s Pour House in Carnegie and Mullaney’s Harp and Fiddle in the Strip District.

He and Reilly tend toward more of a rock-oriented take on Irish music – think Dropkick Murphys and Flogging Molly – and that’s pretty much par for the Wagner course.

As the music on “Barfly” demonstrates so deftly, his major musical influence is the genre that leaped into prominence in the mid-’50s and, as its fans back then predicted, never has died.

“People who feel that way and embrace that kind of music are basically all descendants of Chuck Berry,” he says about the spiritual father of all rock ’n’ roll guitarists, “and Elvis, for that matter.”

Speaking of Mr. Presley, one of the “Barfly” songs is “Just Like Elvis,” with the narrator wanting to emulate the pre-Vegas-jumpsuit version for the world to see “on the Sullivan show.”

Just like Elvis, Wagner tends to perform cover versions, putting his spin on the work of artists from Buddy Holly to John Mellencamp.

But when you catch a Brad Wagner show, he’d be happy to hear a request for one of his own compositions. And you’ll be glad you asked.