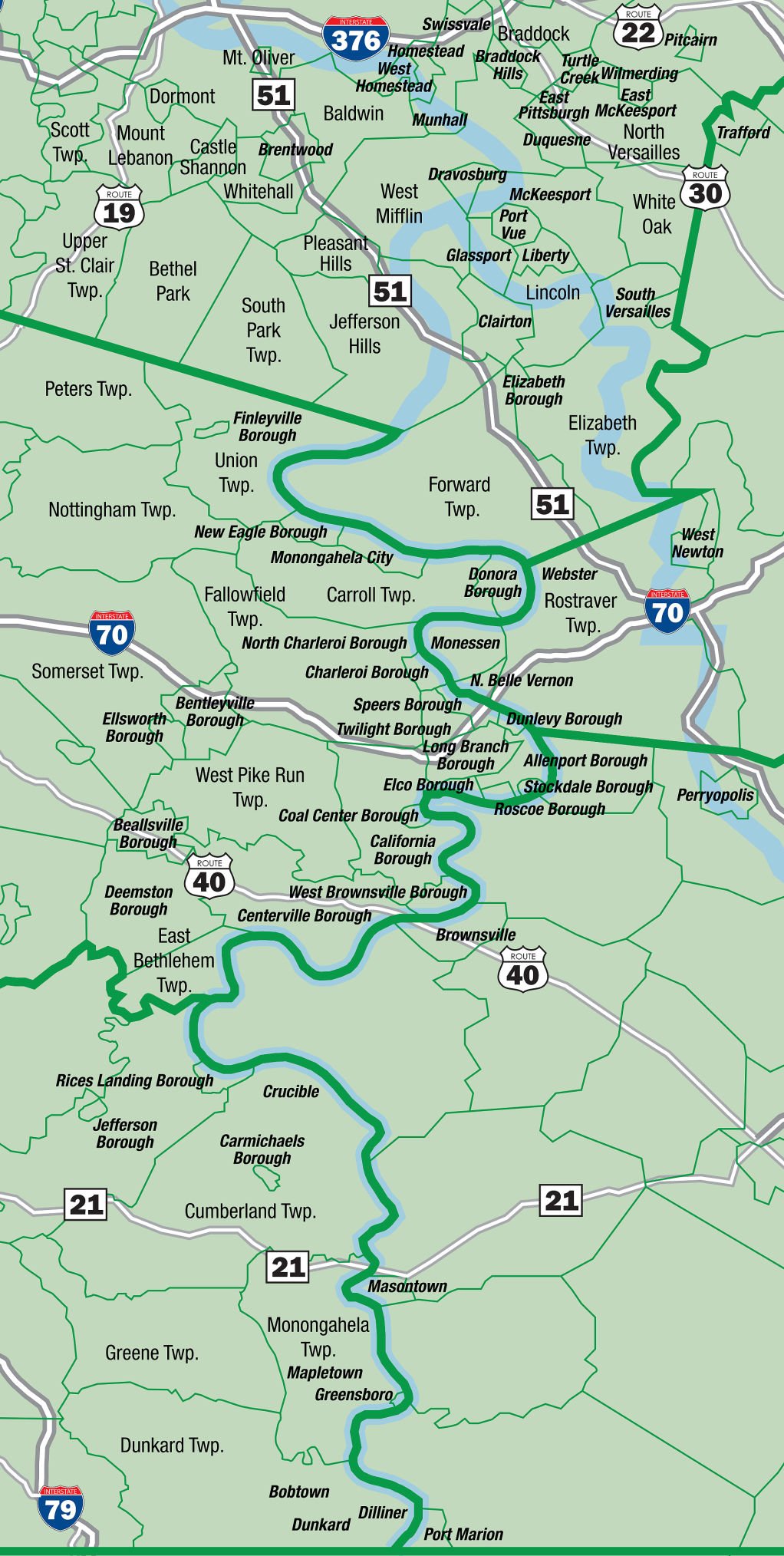 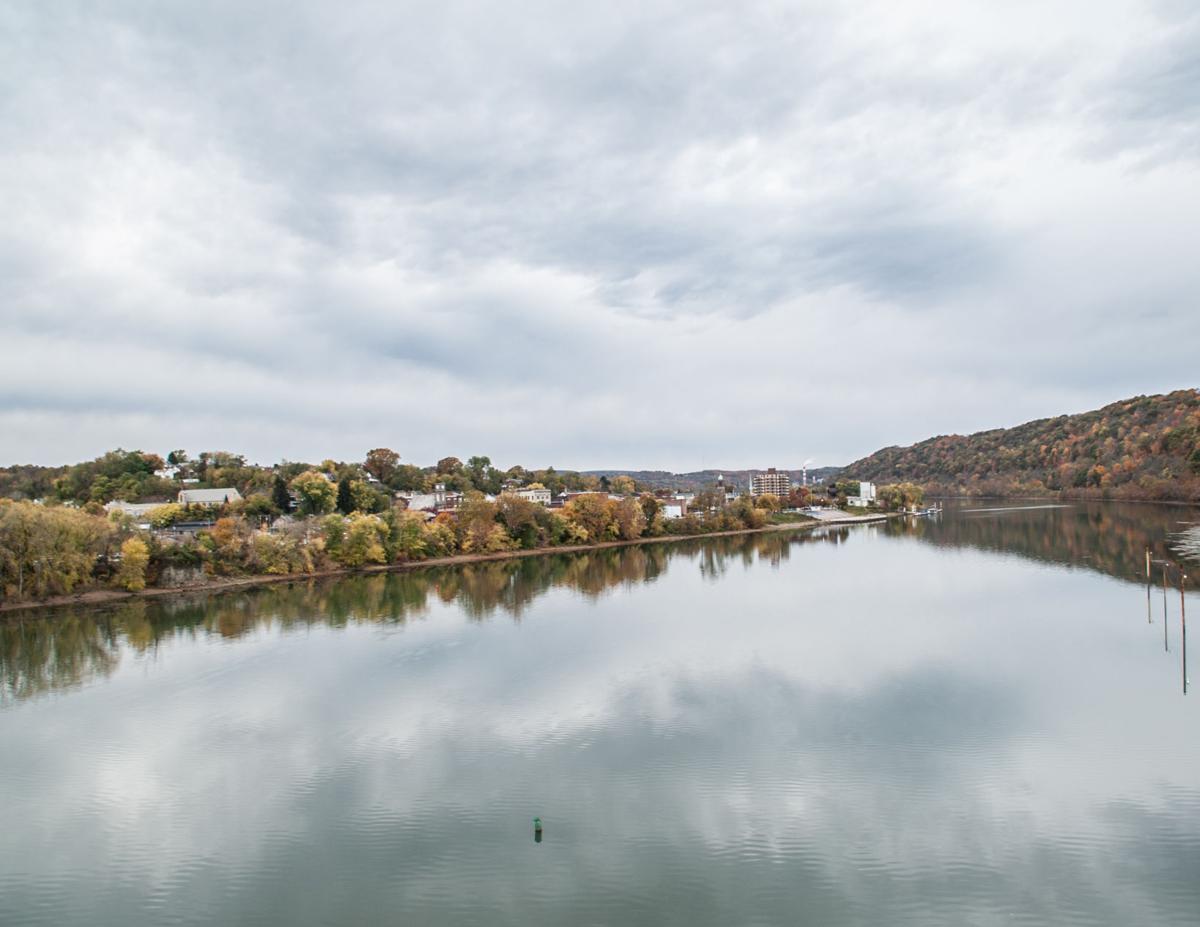 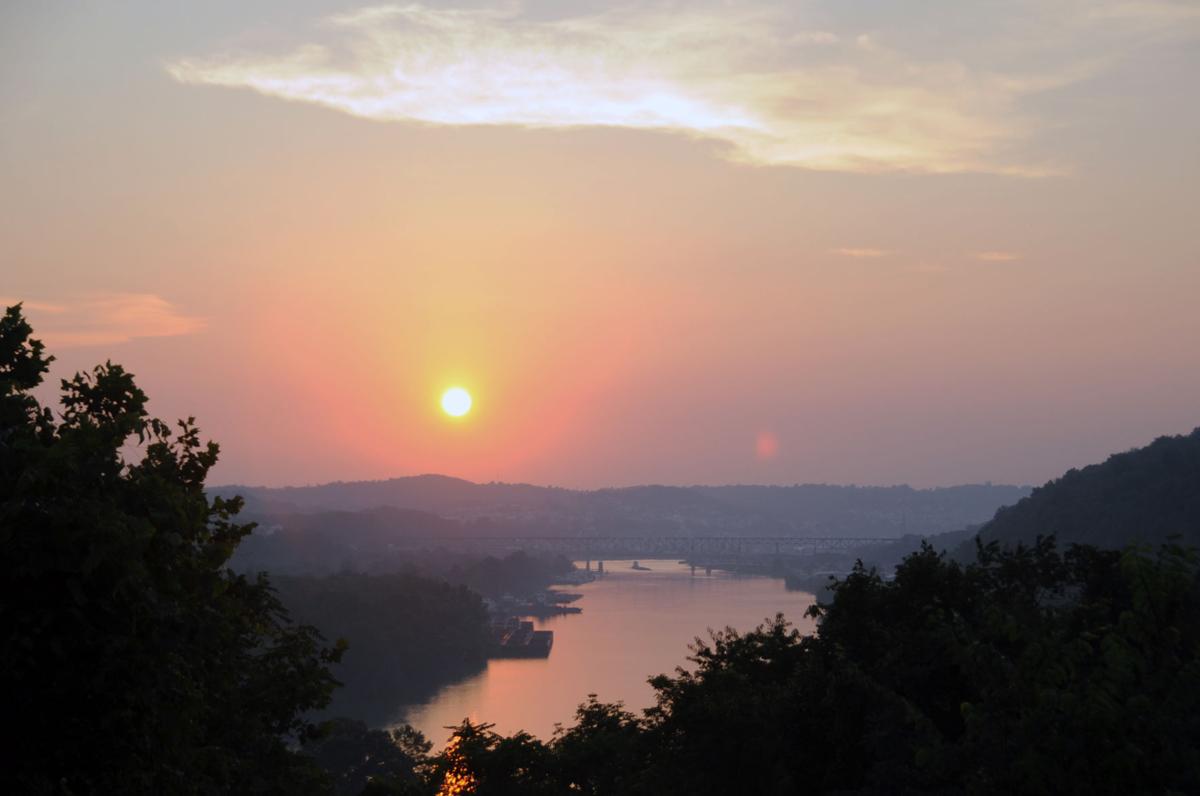 A view of Charleroi on the left and Monessen on the right as seen from a hillside in Washington Township near North Belle Vernon. 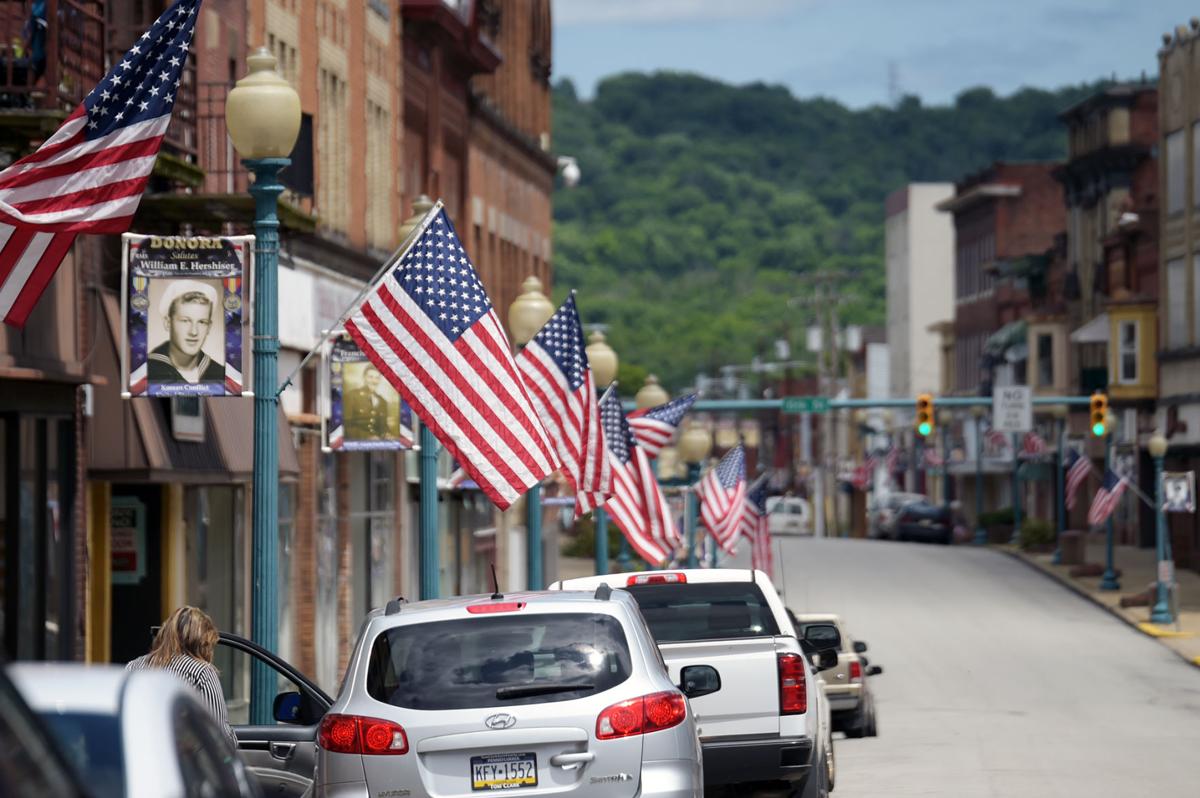 It’s been something that’s crossed my mind more than once since taking the reigns of this publication, particularly when I’m brainstorming story ideas. Where does it start? Where does it end? How far away from the river does it go? The answer, of course, depends on who you ask. We reached out to Mon Valley leaders, as well as our readers via Facebook. The answers are diverse, interesting, thought-provoking, and fun to read. Enjoy!

“There are many ways to define it. The state defines our area as the Mid Mon Valley from Brownsville to Elizabeth. However, the Mon Valley encompasses much more than that, stretching from West Virginia to Pittsburgh. How do I define the Mon Valley? Not by lines on a map, but as a group of communities that built America with their hard work and creativity and today are working together to build a brighter future. It is that common thread that unites so many communities across two states that share the industrial and recreational asset that is the Monongahela River.” – Christopher Whitlatch, CEO, Mon Valley Alliance

“I’m from Donora, so I consider Donora, Monongahela, Charleroi and Monessen as the center, and then out about 30 miles, as the Mon Valley.” – Ralph Bell, who now lives in Clovis, New Mexico, via Facebook

“The area of the Mon Valley in which we live is home to people who think provincially and parochially (which is probably true of the entire Mon Valley). I have lived in Donora since I got married in 1982, three quarters of my life. In those 36, years I have worked hard to promote and study the history of Donora. Donora is my town. Most people in town still consider me to be from Monongahela – only five miles away, but another place. Having said that, I think of the Mon Valley in overlapping sections. “Our” (see what I said there?) section covers Allenport to Elrama (the Mid-Mon Valley). But Elrama could look to be included as the southern part of the northern Mon Valley. And Allenport the northern part of the southern Mon Valley. I think there is also a Pittsburgh section of the Mon Valley that has overlap communities. As I’m writing this (thinking out loud) I’m realizing I breakdown the Mon Valley using the boundaries of the old mills: Allenport, Monessen, Donora, McKeesport, Clairton, Duquesne, Braddock, Rankin, Homestead, J&L. I’m old enough to remember those giant mills, so I imagine people younger than me can’t identify with that perspective. It’s all about perspective and location. This is a fun question to answer. I think, too, that we bound sections of the Mon Valley by high school football rivalries. With all of the school district mergers, that measuring stick may be lost on younger readers as well.” – Brian Charlton, curator, Dornora Historical Society & Smog Museum

“I do not see the Mon Valley with geographic boundaries. The Mon Valley is a state of mind of a place where neighbors care for neighbors, businesses go the extra mile to ensure customer satisfaction. You will find Mon Valley people all across the country because when people leave the Valley, they always carry a small piece of it wherever they may go.” – Louis J. Panza Jr., president and CEO, Monongahela Valley Hospital

“This has been something that has been debated many times. When I was younger, I thought the Mon Valley was Charleroi, Monessen, Belle Vernon, Monongahela … But now, I consider the Mon Valley as everything along the Monongahela River from Homestead to Brownsville. – Kevin Fear, chief marketing officer, Douglas Education Center

“I have actually always considered the Mon Valley as a set of school districts that have all kind of collided – Belle Vernon, Monessen, Ringgold, Charleroi, California Area and Brownsville. I think the size of all these districts and associated towns are equivalent to the size of some single school districts in other Pittsburgh regions. Our towns are much closer in location and friendships, and all of us often commute to these different towns in the Valley daily.” – Olivia Suchko, Miss Pennsylvania USA, Belle Vernon

“I think it depends on where you are from or where you work in the Valley. I’m from Monongahela and I personally consider the unofficial boarders of ‘The Valley’ to include New Eagle, Monongahela, Carroll Township, Belle Vernon Area School District, Monessen, Charleroi Area School District and Forward Township.” – Jeffrey Vitale, CEO, Mon Valley YMCA

“My pet peeve is when people (and newspaper reporters, businesses, and organizations) refer to the Mid-Mon Valley communities as the Mon Valley. Former State Rep. Peter J. Daley was so right years ago when he argued that the Mid-Mon Valley was a separate and distinct area that should define and market itself in that way. The three dozen Mid-Mon Valley communities, as opposed to the Mon Valley communities, are in multiple counties and connect with one another rather than their individual county seats. Here is what I consider to be the boundaries, and this is how I define them personally, and as the Regional Director for the Pennsylvania Department of Community and Economic Development: The Mon Valley is comprised of the Allegheny County communities located between the Glenwood Bridge and the Elizabeth Bridge, which is to say West Homestead, Homestead, Munhall, Rankin, Whittaker, Braddock, Duquesne, McKeesport, Port Vue, Liberty, Dravosburg, Glassport, and Clairton. The MID-Mon Valley is comprised of the three dozen communities located in Allegheny, Washington, Westmoreland and Fayette counties, between the Elizabeth Bridge and the Route 40 Bridge at Brownsville. These would include Elizabeth, West Elizabeth, Forward, New Eagle, Monongahela, Carroll, Donora, Monessen, Fallowfield, North Charleroi, Charleroi, Bentleyville, Belle Vernon, Fayette City, Newell, California, Brownsville, West Brownsville, and all of the small towns in between. The lower Mon Valley would be the communities located from Fredericktown down to Point Marion.” – Johnna Pro, regional director, PA Department of Community & Economic Development

“Regionalization has focused on the broad issues facing our small towns. I suggest that any community situated along the Monongahela River or nearby could be described as Mon Valley or “Mid-Mon Valley” pertaining to our local area. Therefore, grouping them with common needs can be an identity strength. My interpretation, boundary wise, is California/Brownsville to the south, Belle Vernon/Rostraver to the east, Bentleyville to the west and New Eagle/Elrama to the north. In between, we would include Charleroi, Monessen, Donora, Monongahela, the small towns south on Route 88, as well as Fallowfield and Carroll townships. Maybe I missed a few. Diversity in ethnic backgrounds, religions, neighborhoods, food specialties, etc., make this area a unique melting pot!” – John Mollenauer, independent marketing consultant, Senior Times

“I would guess that most see the Valley as three distinct places: Pittsburgh, the Steel Valley and then the Mon Valley. Most people don’t think of Hazelwood and the South Side of Pittsburgh as the Mon Valley, so for them the Valley starts at the Glenwood Bridge. Others see that as the start of the Steel Valley – the towns from West Homestead to Clairton – as their own region, with the Mon Valley starting at Elizabeth. But I see all of those lower-Mon communities connected to their sister towns like Monongahela, Donora, Monessen, Brownsville, Rices Landing and Greensboro, and others in the mid- and upper-Mon. Let’s face it, they all share a common bond, having contributed to, and still reflecting, the nationally-significant industrial and cultural heritage of the Monongahela River – the hardest working river in the world.” – August Carlino, president and CEO, Rivers of Steel

“I’m originally from Perryopolis but spent a lot of time on my grandparents’ farm in Belle Vernon. I’d say the area from Allenport down to New Eagle.” – Elijah Rach, via Facebook

Katie Green came to Observer Publishing Company in 2012 as the editor of The Almanac. In 2016, she was promoted to editorial director of niche publications, overseeing all of the O-R's glossy magazines, special sections and event publications.