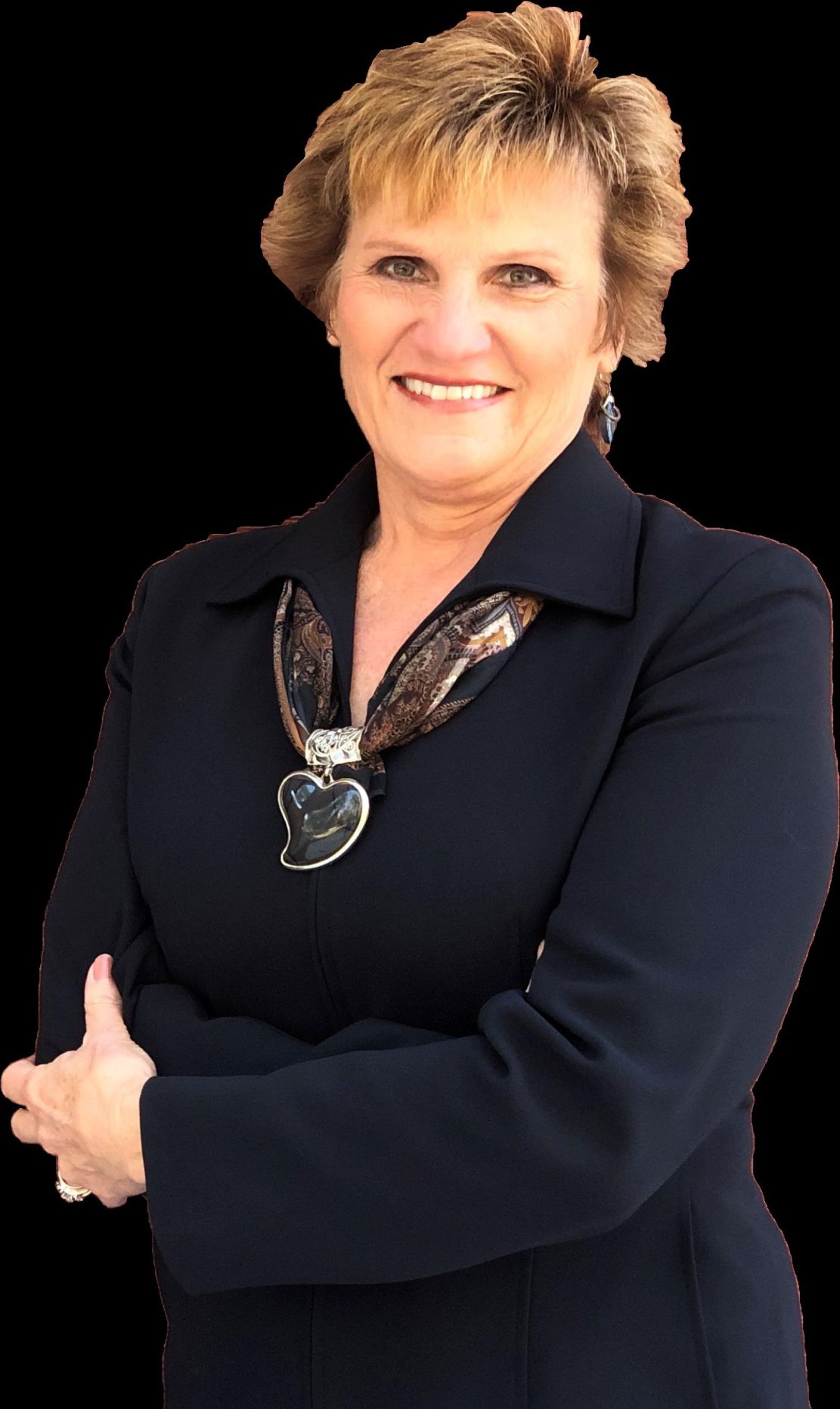 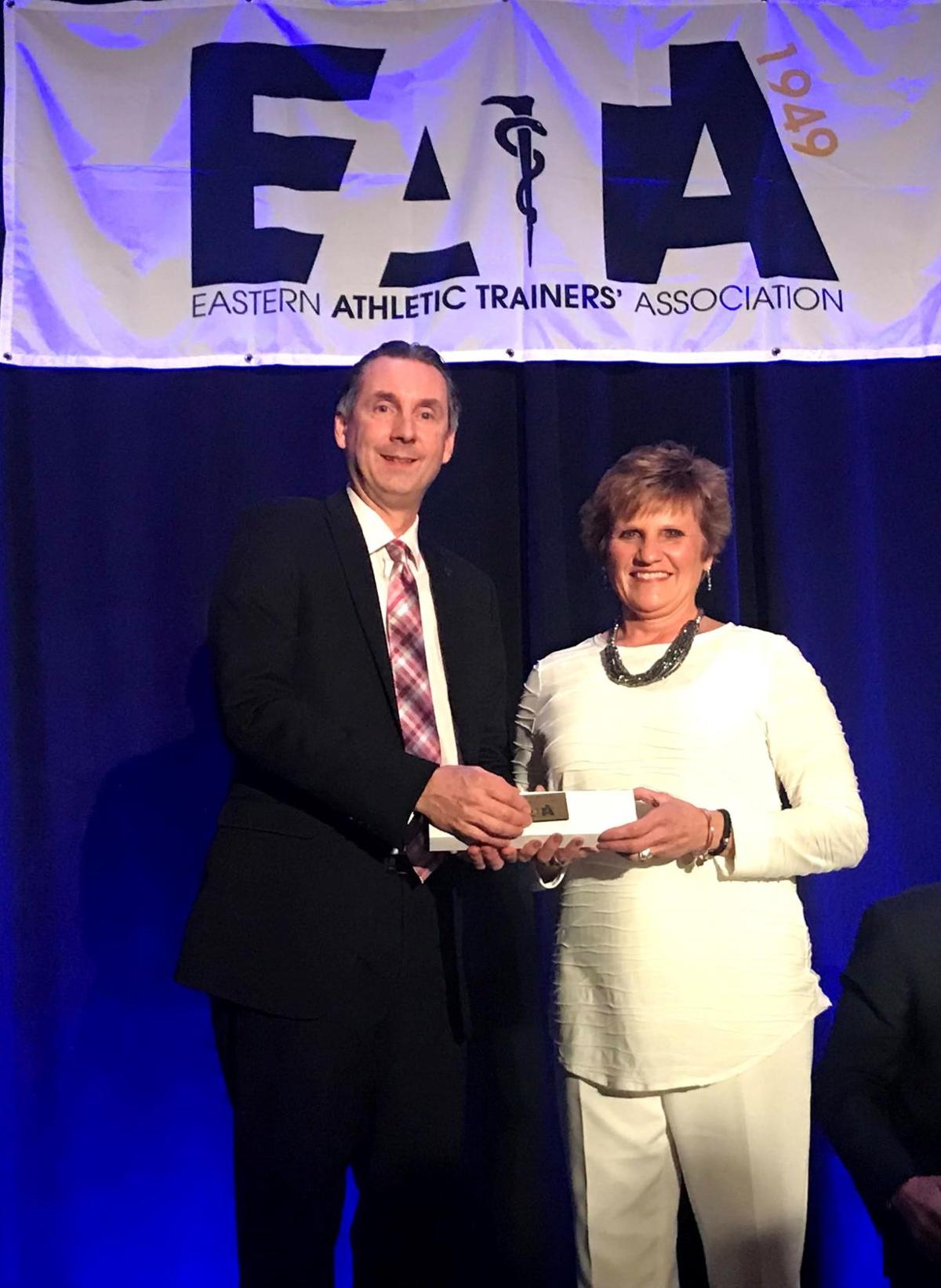 Dr. Linda Platt Meyer was inducted in the Class of 2020 to the ’49 Club at the 72nd annual Eastern Athletic Trainers’ Association Conference, which was held Jan. 10-13 in Mashantucket, Conn.

Dr. Linda Platt Meyer was inducted in the Class of 2020 to the ’49 Club at the 72nd annual Eastern Athletic Trainers’ Association Conference, which was held Jan. 10-13 in Mashantucket, Conn.

While online education and remote work have come into better focus and gained importance while the world battles the coronavirus, Meyer hopes classroom, with face-to-face interaction and debate do not become less popular.

“I hope and pray it doesn’t replace the classroom setting,” Meyer said. “I thoroughly enjoyed my time in the classroom. I think students still need that socialization. They need to hear the opinions of others while sitting there with them instead of just logging on to a website and listening to their point of view shared by someone else. It’s important to hear the ideas of others even if they aren’t the same as your own.”

Meyer has taught a variety of courses in the online master’s degree program in exercise science and health promotion since 2006. She was a member of the state Board of Osteopathic Medicine and is actively involved with the Pennsylvania Athletic Trainers’ Society, holding many different leadership positions.

Earlier this year, Meyer was inducted in the Class of 2020 to the ’49 Club at the 72nd annual Eastern Athletic Trainers’ Association (EATA) Conference, which was held Jan. 10-13 in Mashantucket, Conn.

“The ’49 Club is considered the highest honor an EATA member can achieve and is equivalent to Hall of Fame recognition,” said Dr. Thomas West, EATA member and Cal U. professor in the Department of Exercise Science and Sport Studies. “It is a very impressive honor and Linda is very deserving.”

An athletic trainer is typically one who specializes in the treatment and care of injuries and implements preventive care to the physically active. A number are found in professional, collegiate and high school sports. Others work in rehabilitation and performance centers, doctor’s offices, or in industrial settings.

An athletic trainer’s main responsibility centers on prevention, evaluation, consultation, treatment and rehabilitation. They are often the decision maker on whether an athlete continues playing or when an athlete can return to practice or game action.

Athletic trainers are under the supervision or direction of physicians. They have a minimum of a bachelor’s degree, however, more than 70% hold a higher degree.

In addition to those duties, Meyer has been involved with something else dear to her heart.

For the past 30 years, she’s volunteered as an athletic trainer for Special Olympics Pennsylvania, helping to raise the quality of healthcare for athletes during competitions.

Since 1990, Meyer has served as the medical coordinator for Special Olympics Pennsylvania’s State Winter Games.

“While this 49 Club recognition may have my name tagged, I want to share it with all athletic trainers who have volunteered for Special Olympics events.”

She moved onto Duquesne University where she, and others, created its nationally-recognized athletic training education program in 1992. She remained there for 14 years.

“At Duquesne, we were able to create a working medical model and an interdisciplinary model that at the time was unheard of,” Meyer said. “At Duquesne, we worked with the major sports teams – Pirates and Steelers – and branched out to work with Robert Morris University, LaRoche and Carnegie Mellon University to tap into other clinical studies.”

In 2013, along with Cal U. faculty colleagues Dr. Barry McGlumphy and Ms. Julie Ramsey-Emrhein, Meyer was inducted into the Pennsylvania Athletic Training Hall of Fame.

McGlumphy and Meyer worked together at Duquesne and then again at Cal.

“I am humbled and grateful,” Meyer said of the 49 Club recognition.

She remains hopeful that while remote and online learning and education gain popularity, in-class, face-to-face interaction remains part of the education process in athletic training.

“A hybrid is most acceptable,” Meyer said. “It’s great to have online classes and to be able to go back and look at the notes. We still need the face-to-face learning and sharing of ideas. Those are things we’d miss not being in a classroom. It’s all part of society.”