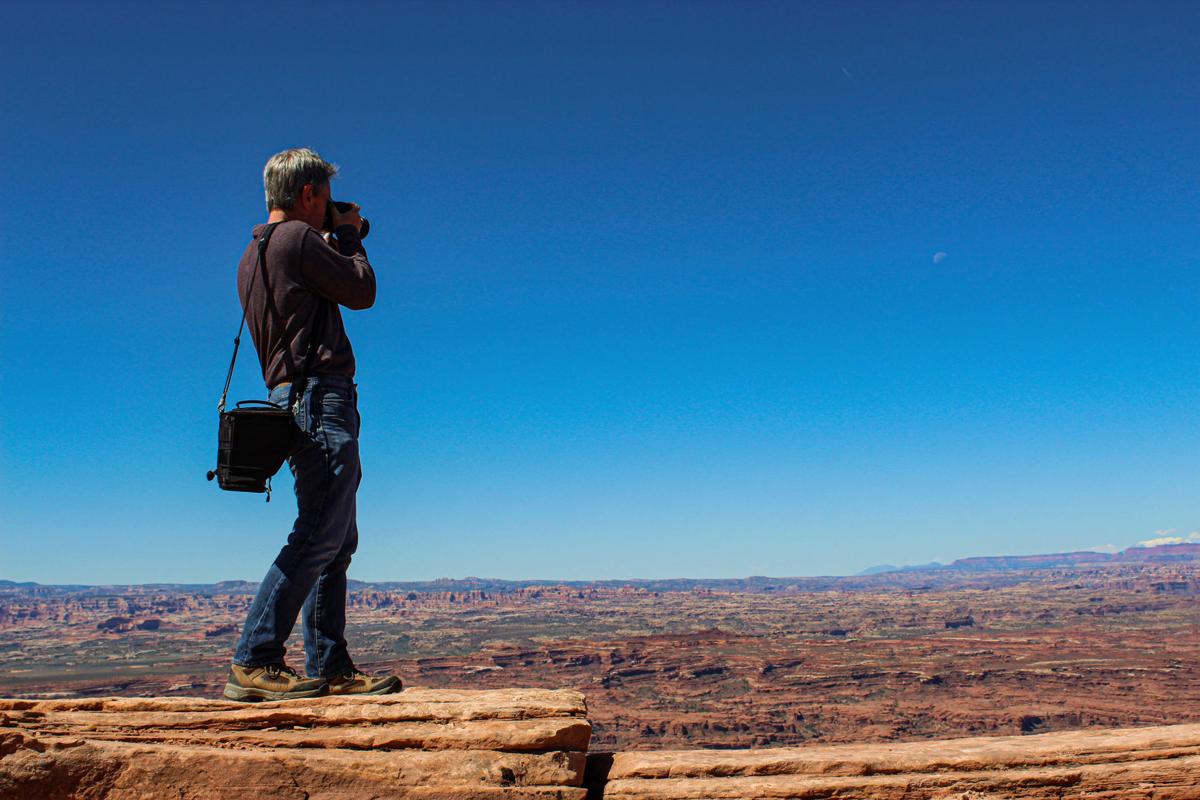 Sam Fee is shown during a May trip to the southwest photographing Needles Overlook in what once was Bears Ears National Monument in Utah. 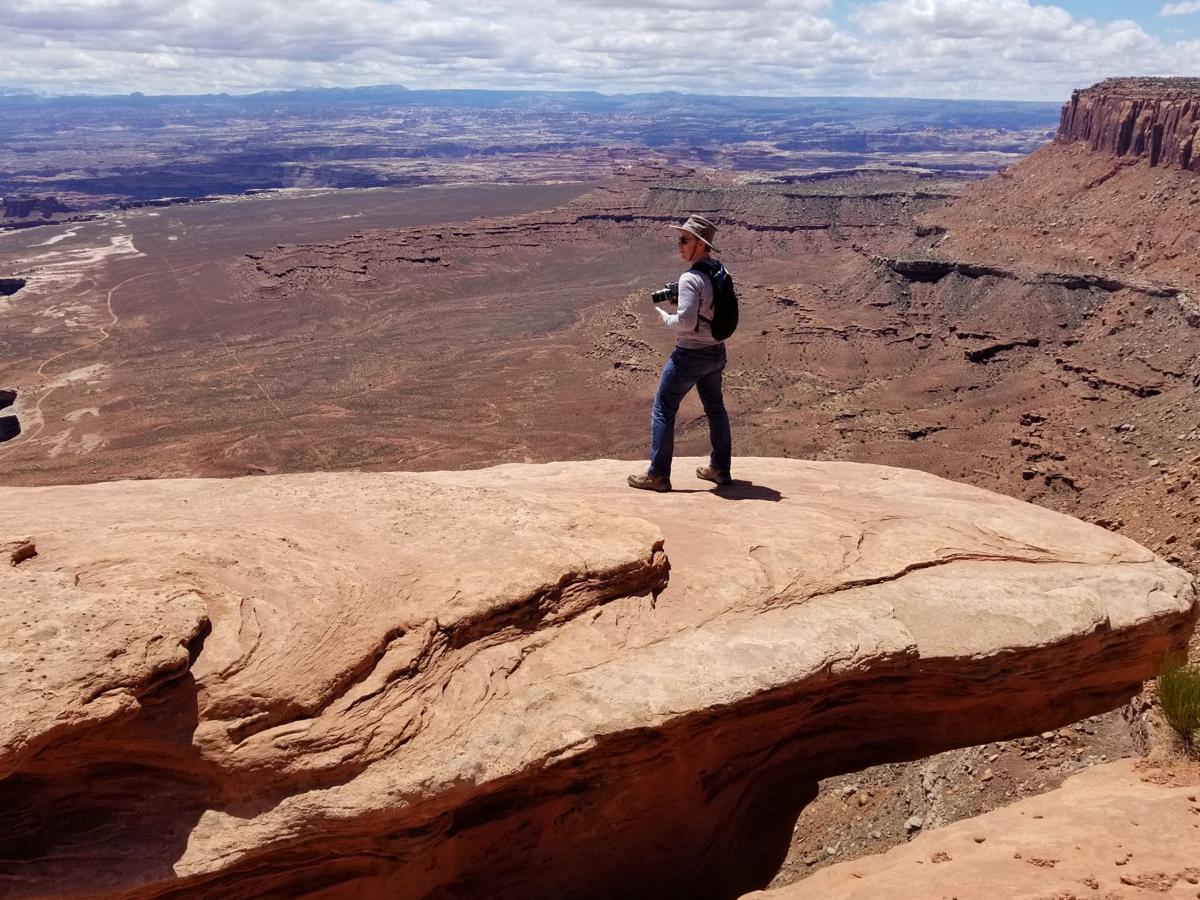 Sam Fee scans the horizon from his perch on Island in the Sky overlook at Cayonlands National Park in Utah during a trip to the southwest in May. 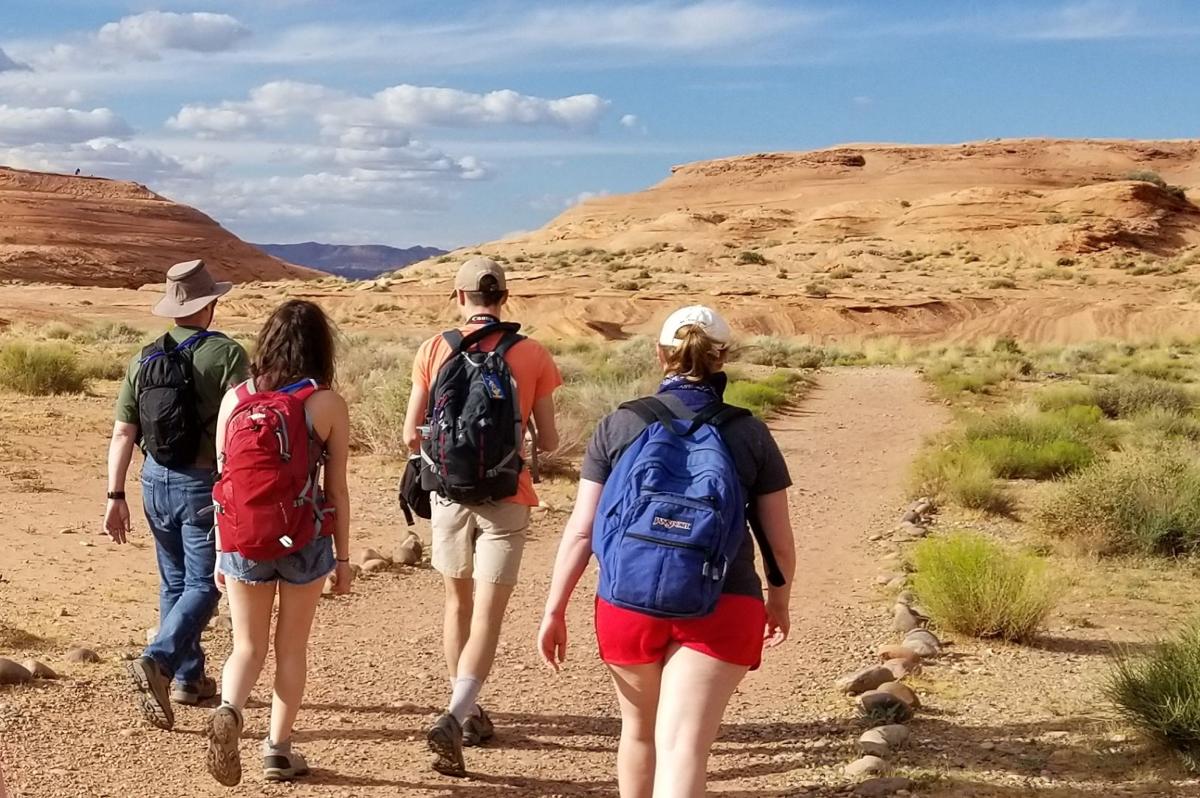 Sam Fee, far left, leads a group of alumni from Washington & Jefferson College on a hiking trail in Page, Ariz. 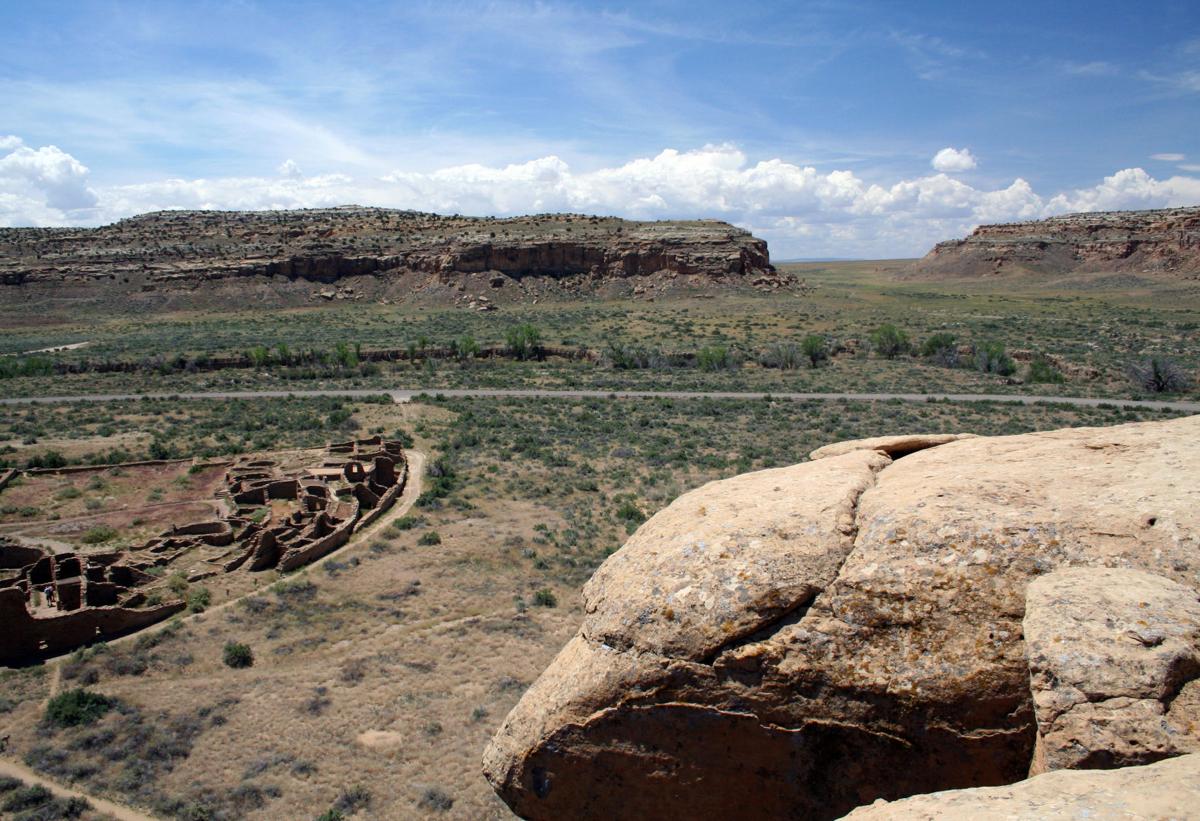 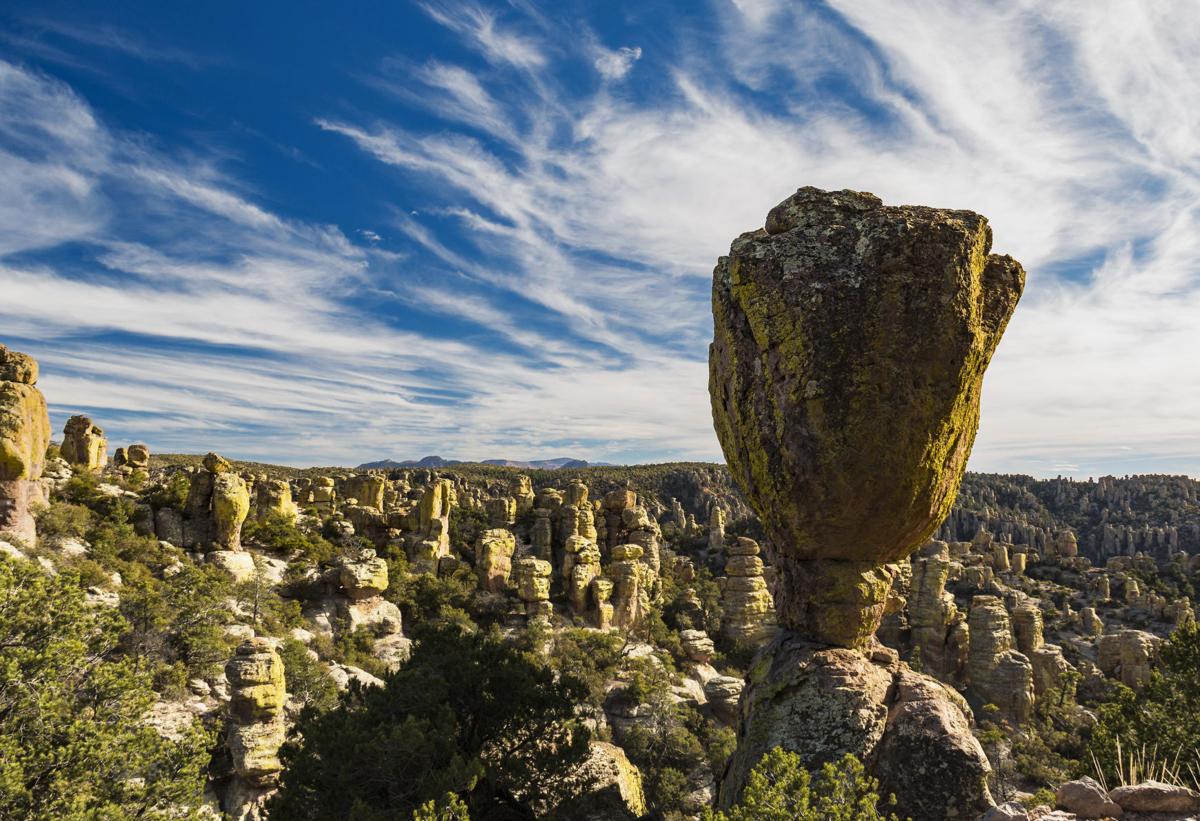 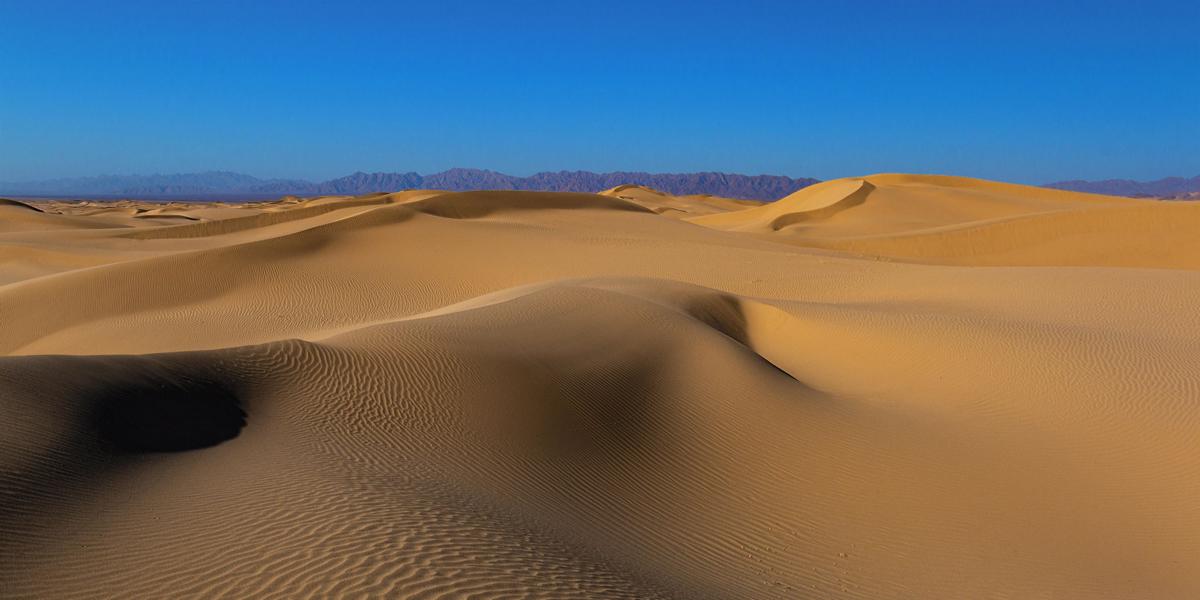 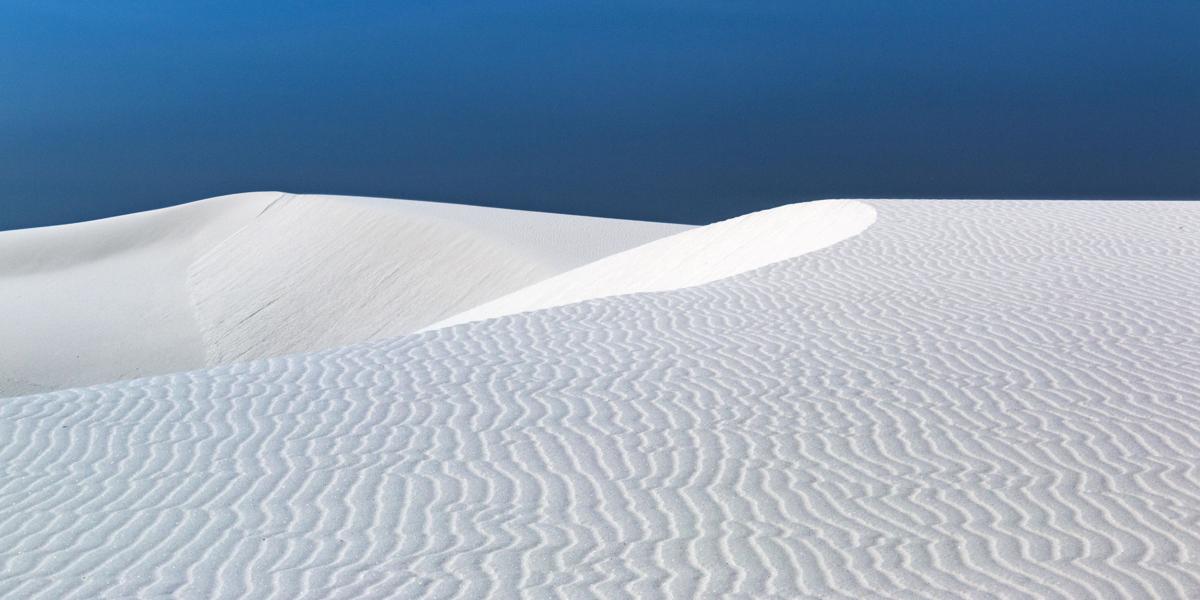 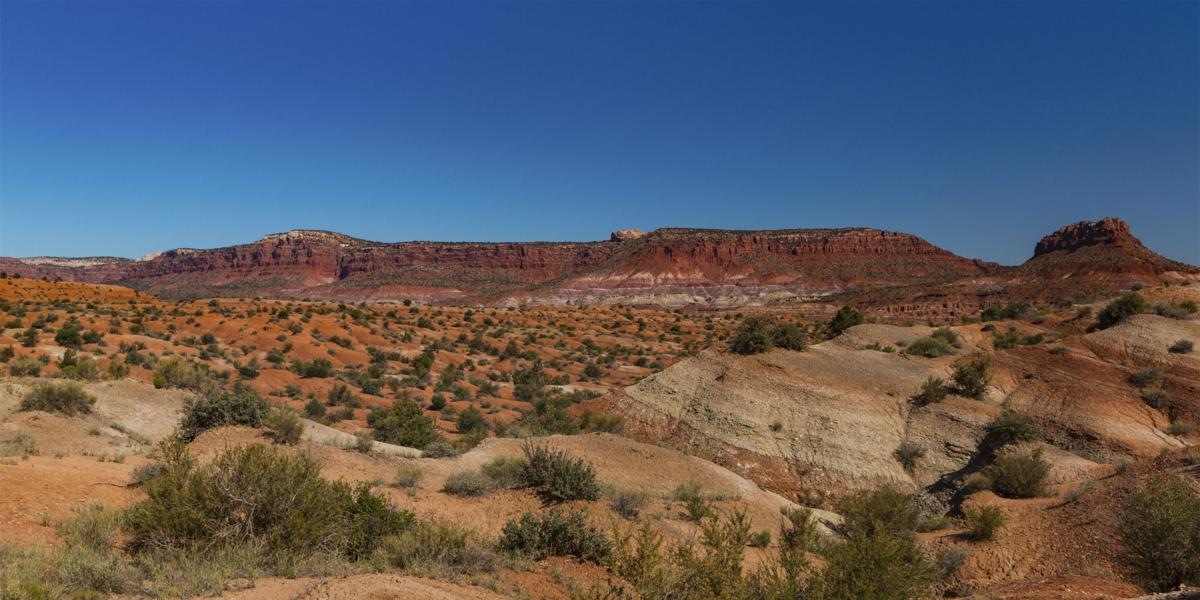 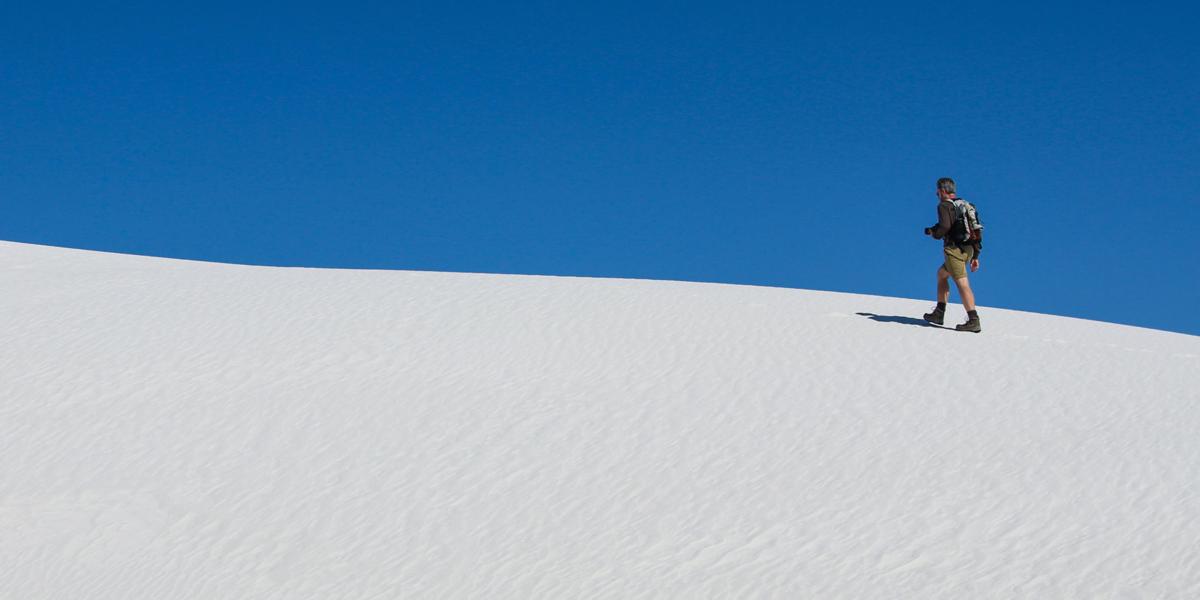 Sam Fee walks to the top of a dune for a better vantage point to take photographs at White Sands National Monument in 2018.

Sam Fee is shown during a May trip to the southwest photographing Needles Overlook in what once was Bears Ears National Monument in Utah.

Sam Fee scans the horizon from his perch on Island in the Sky overlook at Cayonlands National Park in Utah during a trip to the southwest in May.

Sam Fee, far left, leads a group of alumni from Washington & Jefferson College on a hiking trail in Page, Ariz.

Sam Fee walks to the top of a dune for a better vantage point to take photographs at White Sands National Monument in 2018.

A bright yellow stripe of a highway writhing through an expanse of dry earth. A plateau rising to cut the blue sky over the Grand Staircase rock formations. The stonework of a millennia-old village at Hovenweep National Monument.

Those are a few of the images that Washington & Jefferson professor Sam Fee has captured during frequent sojourns to the southwestern United States. They’re shown in exhibits across the country.

“It’s becoming increasingly difficult not to see the presence of mankind almost everywhere,” Fee said. “You can still find really remote places, and I’ve managed to do so, but it’s a challenge now in ways that it wasn’t quite a challenge. And so that kind of became the story that I was trying to tell.”

Fee, who lives in Peters Township and is chair of the college’s Department of Computing and Information Studies, led a group of alumni on a trip to the Four Corners region in May. It was the most recent of many visits, often with students, to that part of the country.

The landscape photos he takes during those journeys have been appearing in shows since 2012, but within the last few years his work has taken on a restrained urgency as the Trump administration has shrunk two national monuments – Grand Staircase-Escalante and Bears Ears, both in Utah – in a move welcomed by the extractive and ranching industries. The president’s administration has considered taking similar steps with many others.

Those monuments are located in one of the most heavily mined and drilled parts of the country. Emissions from the natural gas industry have helped form a cloud of methane over northwestern New Mexico’s San Juan Basin that’s visible from space, according to multiple studies.

Fee was quick to point out that his isn’t a “far-left environmentalist position.” Instead, he described himself as a supporter of responsible energy development whose goal is to give people a visual sense of what’s at stake in preserving those monuments and other protected land under threat.

“I’m not trying to seem alarmist. What I’m trying to say is if we’re not careful and thoughtful about how we serve as stewards for that land, it’s going to look like northwest New Mexico,” he said. “Some people may say that’s great, but some others may not.”

The trip he most recently led for nine people, mostly alumni, took place during the last two weeks of May and included stops at Chaco Canyon, a national park near Farmington, N.M., known for the ruins of Ancestral Puebloan settlements dating to the first millennium.

While Fee prefers to preserve and document instead of ring alarm bells, there are others who found a call to action in recent developments in the Southwest.

In October, the U.S. House of Representatives passed legislation spearheaded by Democrats that would bar oil and gas extraction on the Chaco Canyon park land, which is considered sacred by tribes native to the area. It’s now stalled in a committee of the GOP-dominated Senate.

Meanwhile, a coalition of Native American Tribes and environmental groups are waging a legal battle to reverse the 2017 Trump administration order that carved up Bear’s Ears and significantly cut the acreage of Grand Staircase-Escalante.

Aside from the angular faces of buttes and sprawling panoramas from atop mesas, Fee’s students and other traveling companions often learn about the delicate ecosystems that are a less obvious, but equally miraculous feature of the desert landscape.

Something like a road might undo centuries or millennia of bacterial growth in the soil. Some creatures, like tadpoles that use mud puddles for breeding grounds, might emerge after rain to procreate before slipping back into the earth.

“A lot of people think the desert’s dead, and really it’s full of life, and people just don’t see it,” said Chris Frydryck, a W&J alum and avid photographer who was part of the group. The former student of Fee’s also traveled with him as an undergrad in 2016.

For his girlfriend, Leah Segal, the trip opened up something of a brave new world. The Pittsburgh-area native said the history of the Southwest was new to her, as was the landscape.

She recalled her amazement at Antelope Canyon, where a Navajo tour guide showed the group the subterranean passages running water had created in the rock.

“It’s incredible,” said Segal, a 2019 graduate. “It’s a big struggle to take pictures in it. The light’s always changing.”

Segal isn’t alone in that sort of experience.

“I’ve taken so many students now over the years – probably 50 students or so – and I think that’s the thing that they tend to connect with and fall in love with the most: how different it is from Southwestern Pa.,” Fee said.

One striking example is the scarcity of water.

“Sometimes if we have enough time ... we’ll drive across the country, and you can see how the water changes. Once you’re west of the Mississippi, by the time you’re halfway through Oklahoma, you’re not seeing big rivers anymore,” Fee said. “If you’ve grown up in the Pittsburgh area, there’s no shortage of water. You probably can’t even conceive of a world where you might run out of water. But that’s a very real thing that people think about almost daily out west.”

To view Fee’s photographs of “Endangered Monuments” and from other exhibits, visit his website at samfee.com/photography.