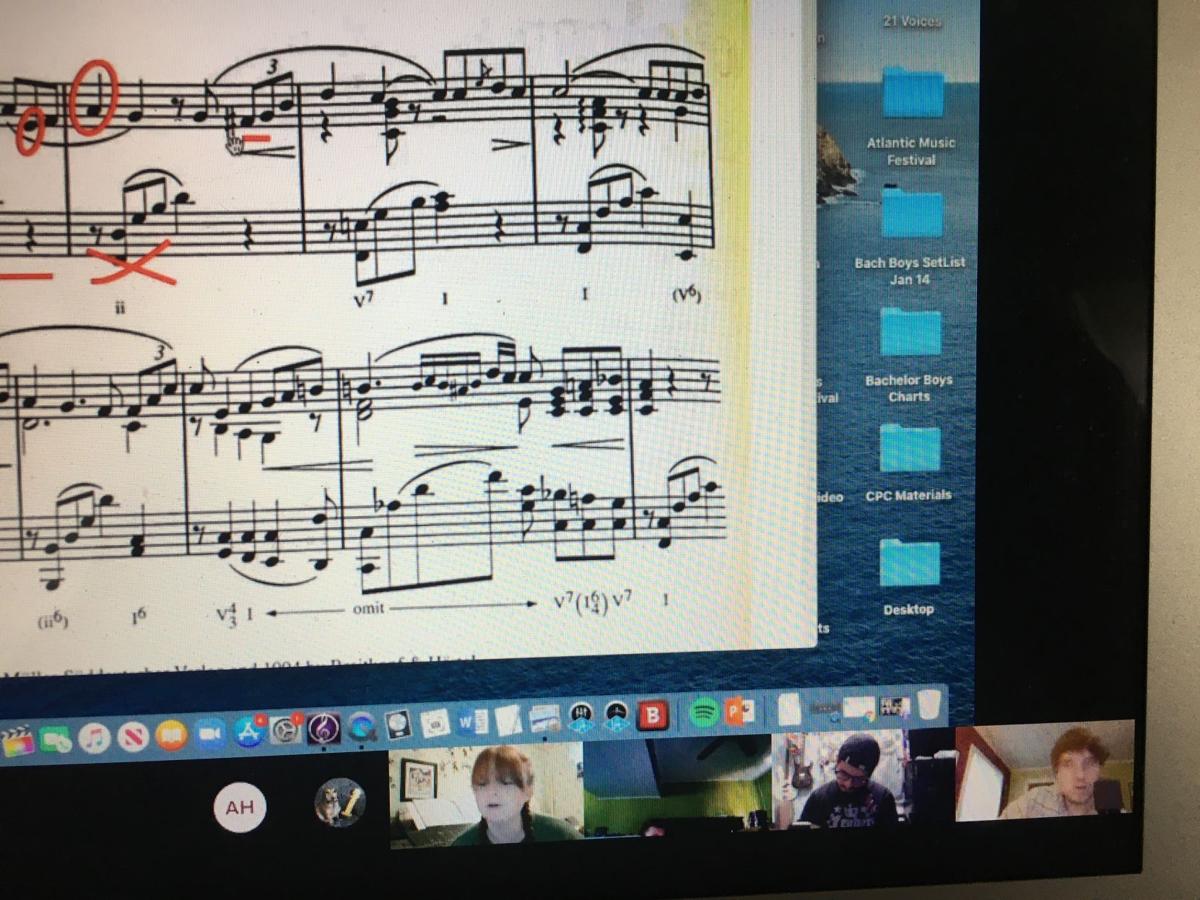 Students at Washington & Jefferson College participate in an online course. 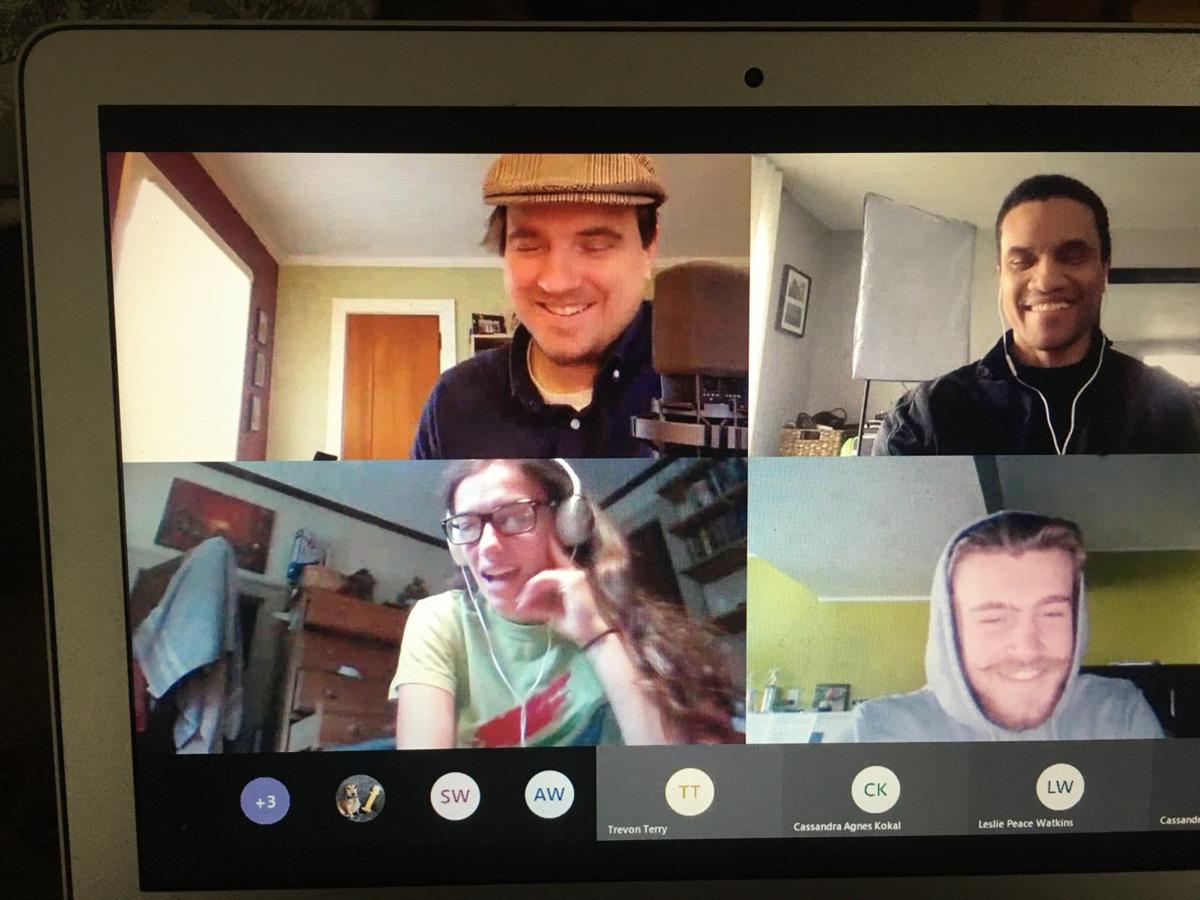 Kyle Simpson, an associate professor in the music department at Washington & Jefferson College, taught students online in the spring because of the coronavirus pandemic. 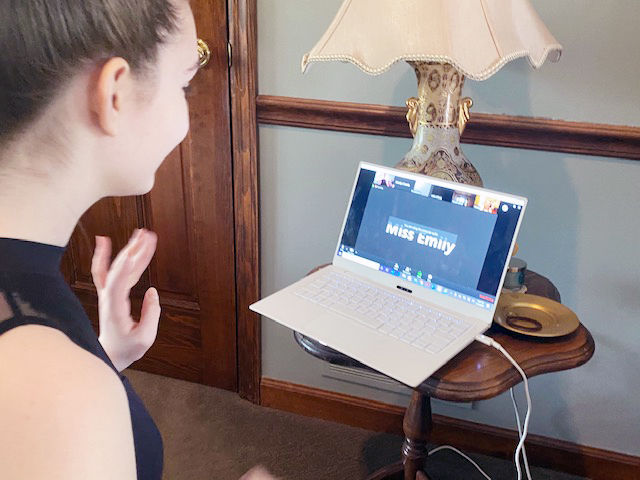 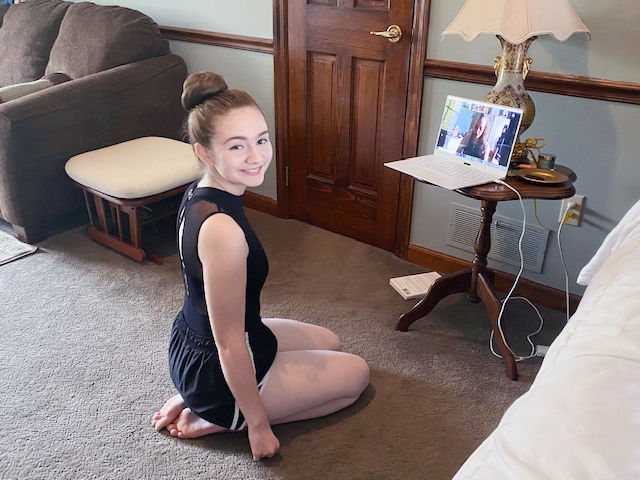 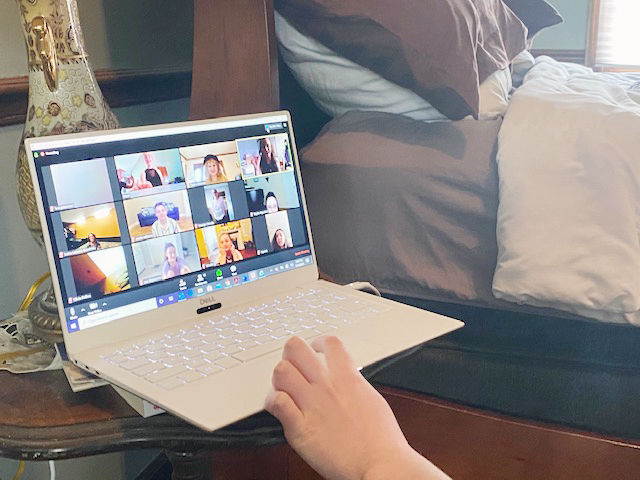 Madeline Dalesio of North Strabane Township participates in an online performing arts class. Her classes moved online as a result of the pandemic. 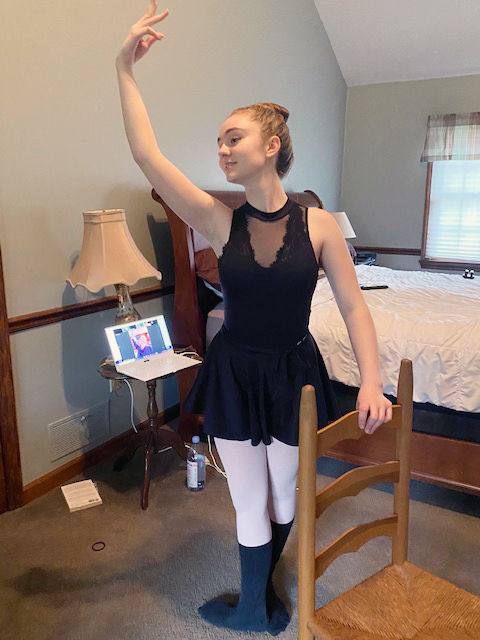 Madeline Dalesio takes part in a dance class being offered online. The performing arts classes that Dalesio had taken in person were moved online due to the coronavirus. 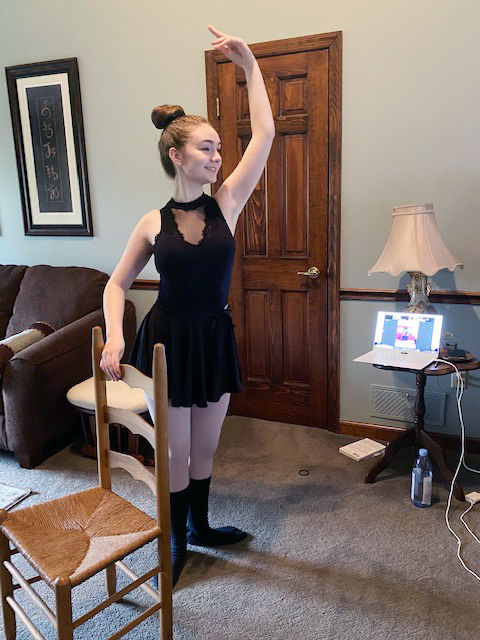 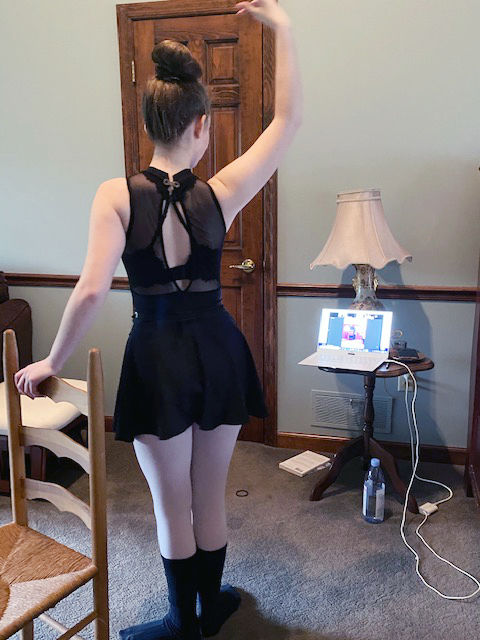 Students at Washington & Jefferson College participate in an online course.

Kyle Simpson, an associate professor in the music department at Washington & Jefferson College, taught students online in the spring because of the coronavirus pandemic.

Madeline Dalesio of North Strabane Township participates in an online performing arts class. Her classes moved online as a result of the pandemic.

Madeline Dalesio takes part in a dance class being offered online. The performing arts classes that Dalesio had taken in person were moved online due to the coronavirus.

Determined to break through as a singer and actor, North Strabane Township resident Madeline Dalesio takes voice and dance classes to refine her skills when she is not tackling the workload that typically confronts a homeschooled 15-year-old.

When coronavirus lockdowns began in March, the plug was pulled on the classes where Dalesio learns about tone, diction and breathing or the finer points of jazz dance and ballet techniques. But they weren’t entirely axed – they moved online. And although she now has to go through her paces in front of a laptop rather than the watchful eyes of an instructor sitting a few feet away, she is happy with the way things have gone.

“I feel a lot more free in my home,” Dalesio said. “I really haven’t noticed a difference.”

One place it has made a difference is the amount of time and gasoline that is expended in ferrying Dalesio to her classes, according to her mother, Mary Dalesio.

Dalesio is one of the thousands of aspiring young performers that have been forced by the coronavirus to take their studies out of a classroom, studio, stage or recital space and into their own four walls.

While explaining the finer points of quadratic equations or walking someone through the tenses of German verbs can be transferred online without too much fuss, helping a student get just the right tone on a saxophone or achieve the right nuance when approaching a scene from “The Glass Menagerie” can be a little more complicated. Is it possible for teachers to attain the same level of instruction and students to reach the same level of achievement when they must rely on the vagaries of Internet connections?

And how much is lost when fellow performers are not standing nearby? Or an audience is not present?

“That’s the thing I miss the most, being with people and feeding off their creative energy,” Dalesio said.

In mid-March, when the coronavirus started to crop up across the country and schools began shutting down, instructors at Washington & Jefferson College had to devise online classes on the fly since the college did not have an online learning program in place. Mark Swift, chairman of the college’s music department, explained that instruction inevitably had to change once the migration to the virtual world happened. Ensemble performances were out, and, in some instances, students watched recorded performances of seasoned players to understand their approach.

On the downside, Swift said a few students had recitals online, and the sound quality left something to be desired.

“It’s like listening to a recording of Enrico Caruso in 1902,” he said.

Some colleges and universities have already announced they will eschew in-person classes in the fall and stick with online instruction. If W&J goes that route, Swift said he and his colleagues have already compiled a list of the best methods they can use.

“I’m sure we’ll be talking about it all summer,” Swift said, adding, “I think the vast majority of students are yearning to be on campus.”

Like W&J, the music school operated by Kathy Morrison in Peters Township had to quickly pull together an online program when its in-person classes were scrubbed. Morrison, the proprietor of Kathy’s Music, said she and her fellow instructors “basically reconstituted the whole school in about three days.” While “nothing quite replaces the physical connection,” they’ve made the necessary adjustments for the 1,000 students they serve. Online instruction has allowed them to keep some students in the fold who have moved out of the area.

The necessity of creating online courses has opened new possibilities for her business, Morrison said.

“I think we’ve learned a lot about what’s possible and what we’re capable of,” she pointed out. “Our creativity is running wild in our brains.”

The need to move classes online shoved Synergy Performing Arts Academy in Canonsburg into the future, according to Rosalynn Miller, the school’s owner.

It’s allowed her to keep the school’s staff employed, “and that meant a lot to me,” and keep most of her students enrolled. A planned performance of the musical “Annie” will still go forward, with safety protocols in place: students will be spaced 6 feet apart, no one will be able to change their costumes, and no more than 25 people will be in the academy when the performance happens. A recording will be made for students and their parents.

As for the academy’s plans after the summer, “We are doing a lot of talking and seeing what officials do with our school systems,” Miller said.

Little Lake Theatre in McMurray has been around for more than 70 years and had never had to offer classes online before. This summer, it has had to call off its mainstage shows and is moving its camps and courses into the virtual world. Jena Olberg, Little Lake’s artistic director, concedes that spontaneous interaction between performers will be diminished when they are not in the same space, but acting in for the camera could bring out different kinds of subtleties.

Also, Olberg pointed out that some fledgling thespians who are on the shy side might be more inclined to take more chances and lose their inhibitions when they are in their own homes.

“I think there’s a comfort level that you can have in your own space,” Olberg said.