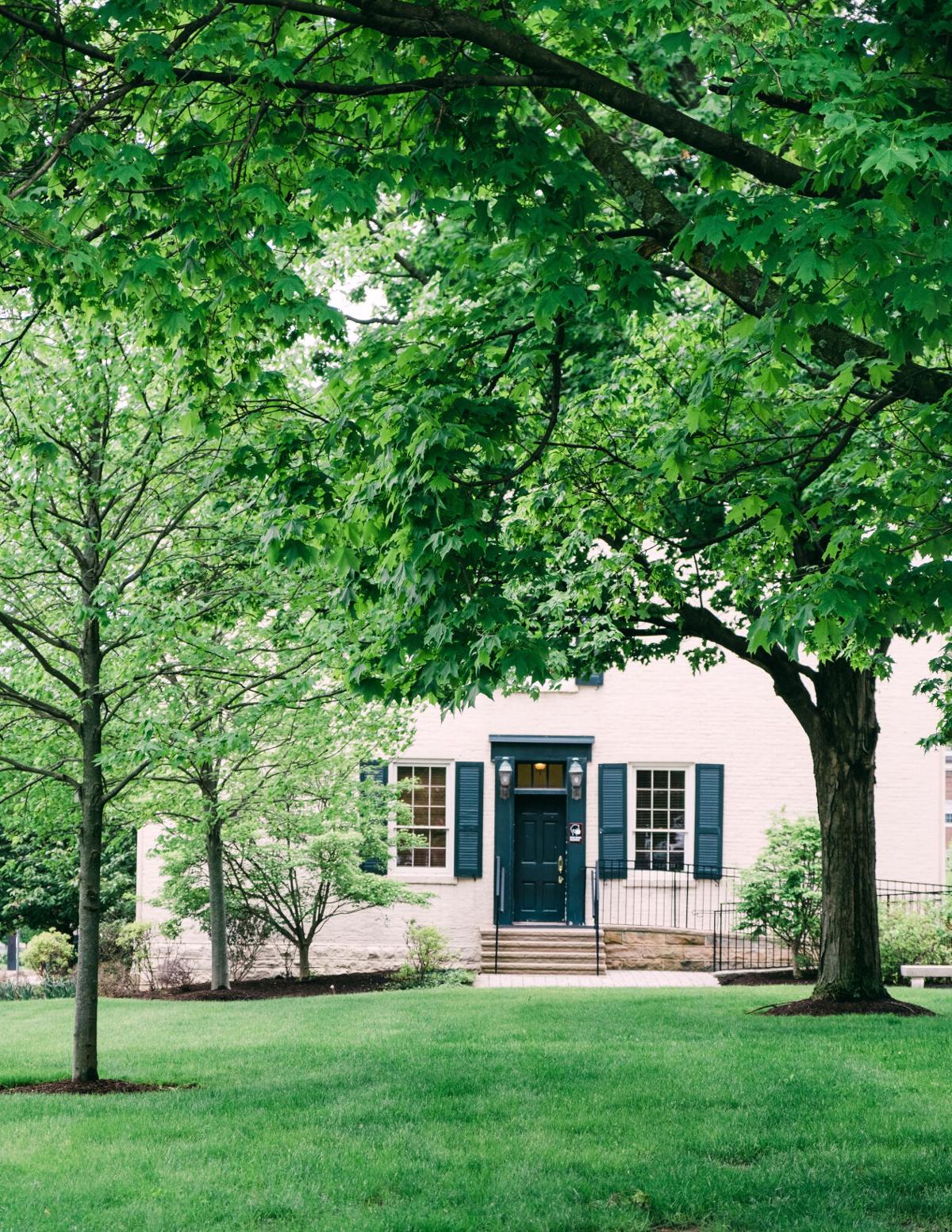 The trees on Washington & Jefferson College’s campus are treated as natural treasures. 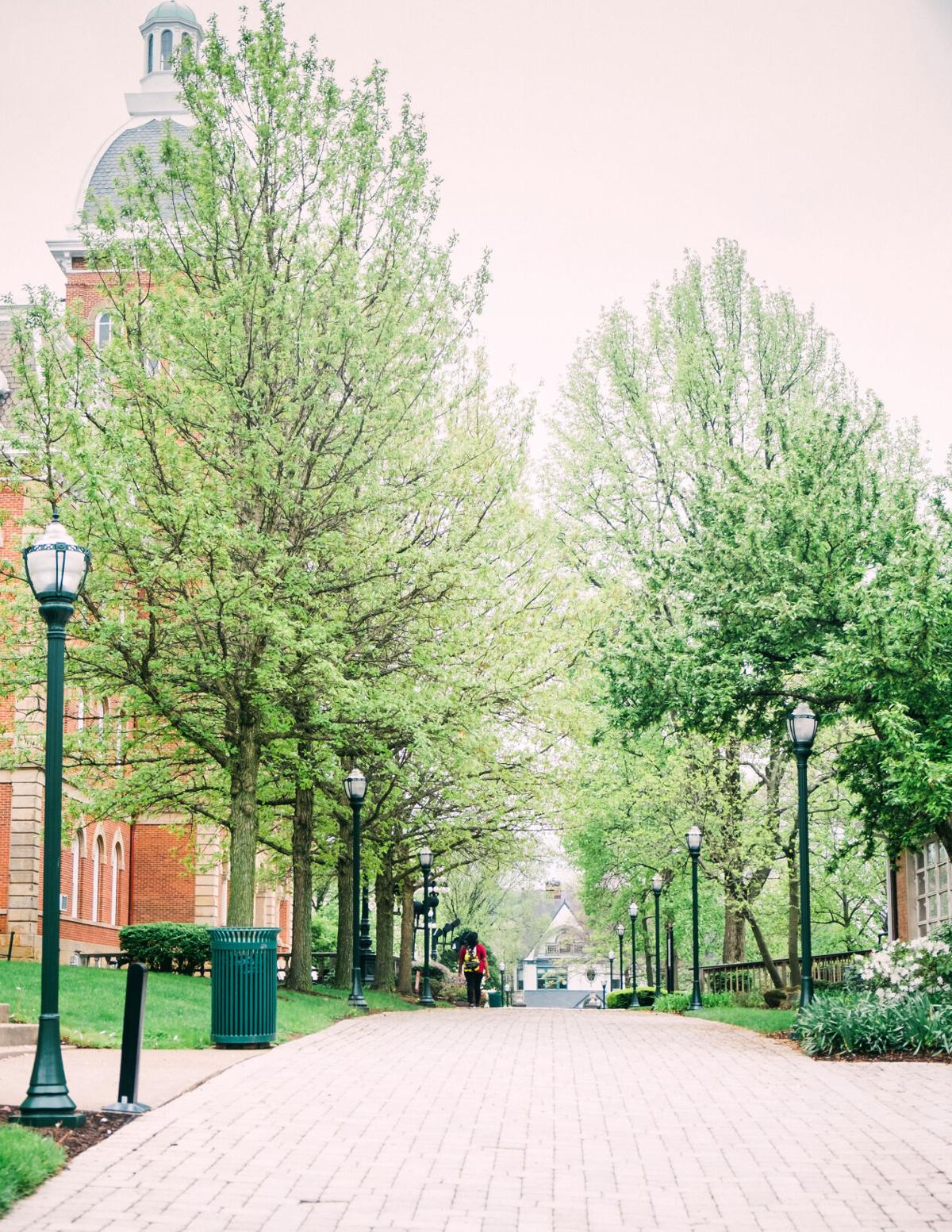 The campus of Washington & Jefferson College is filled with trees. 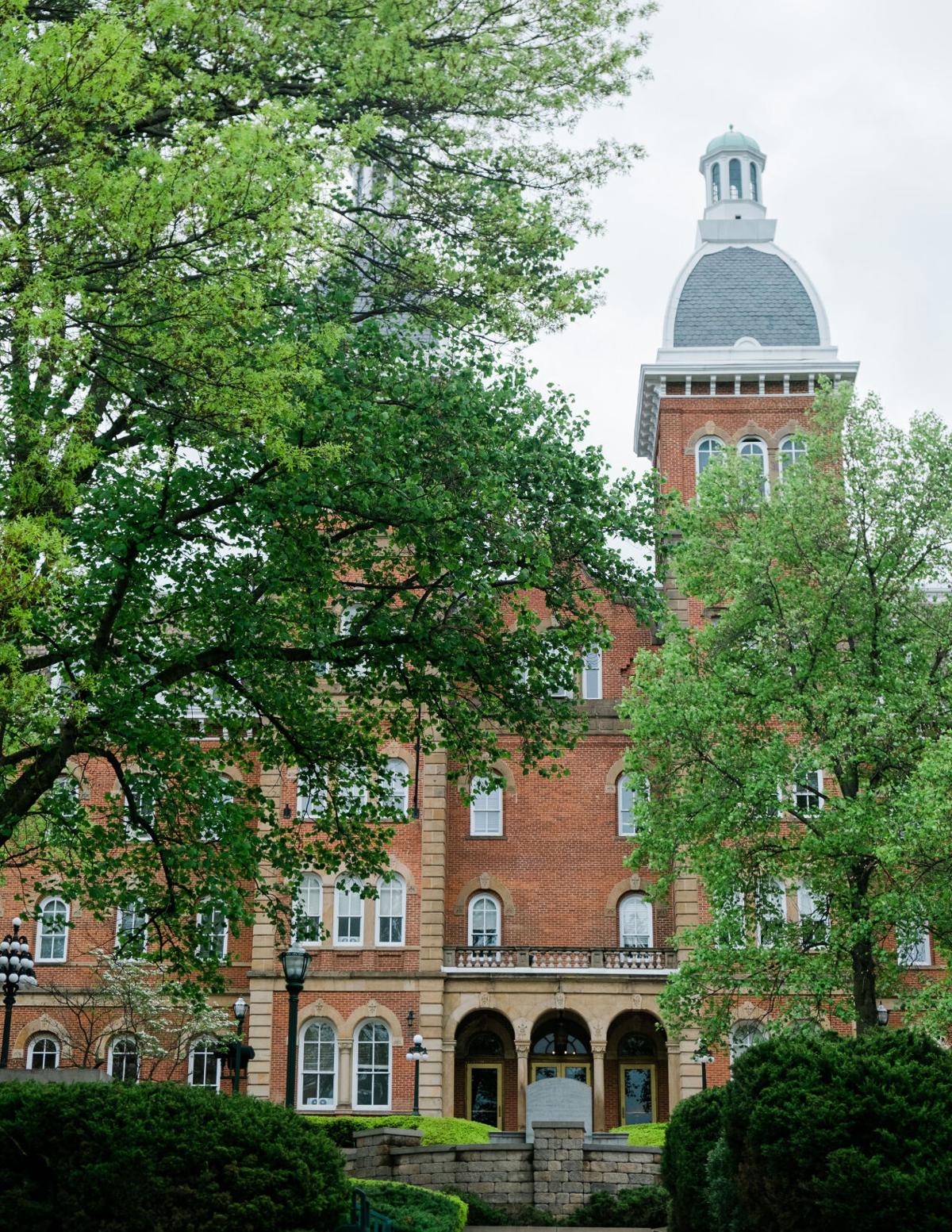 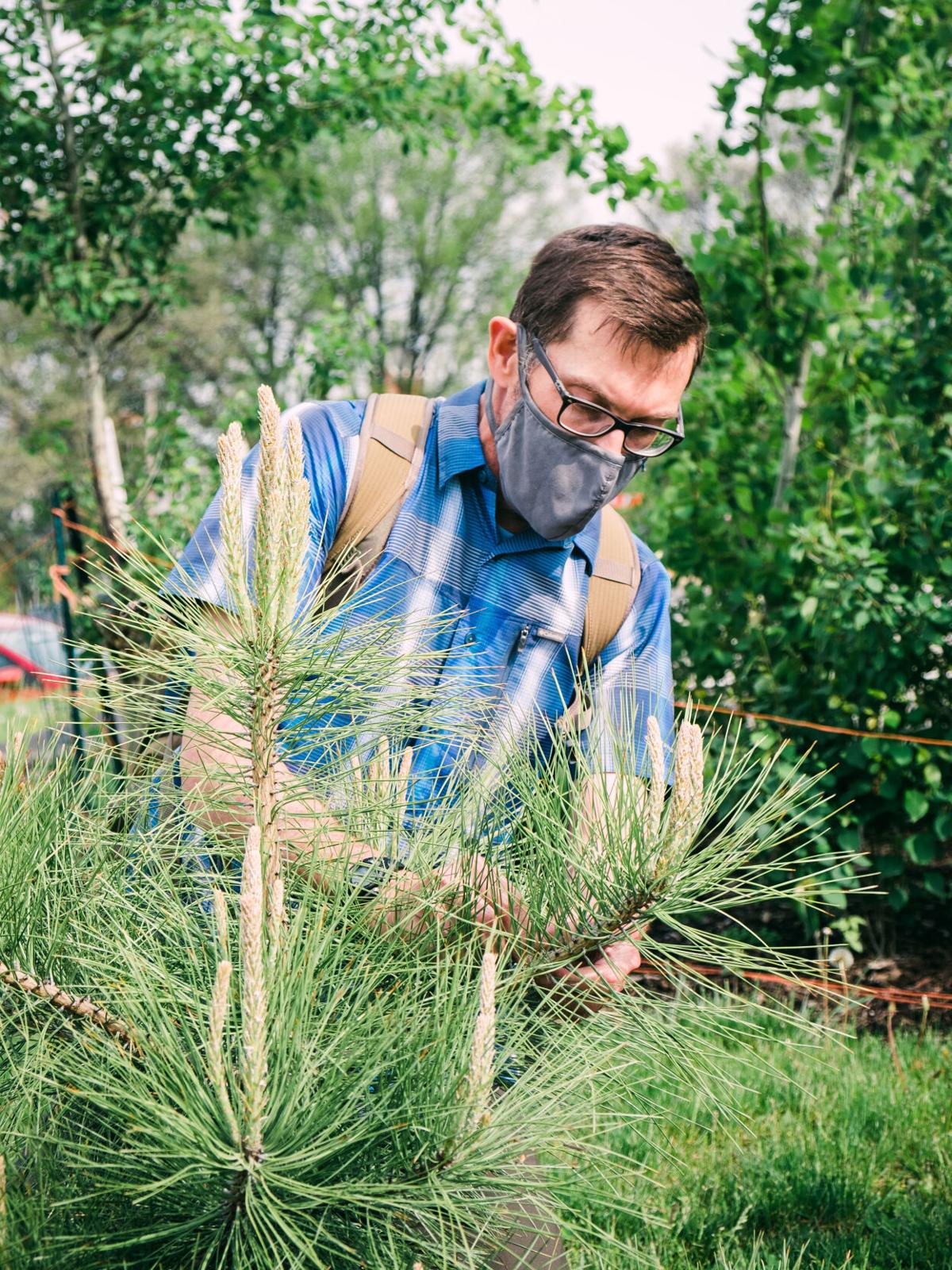 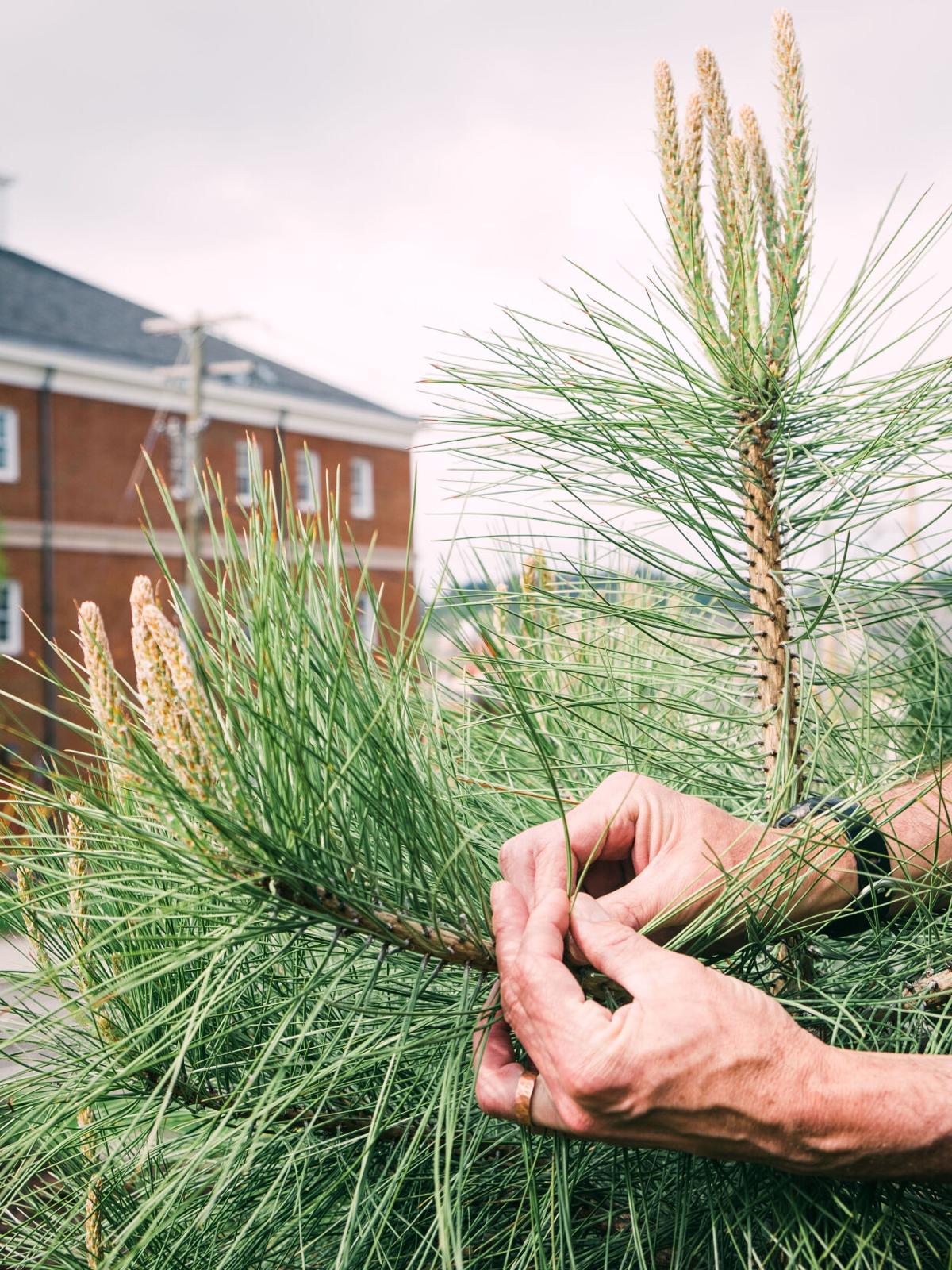 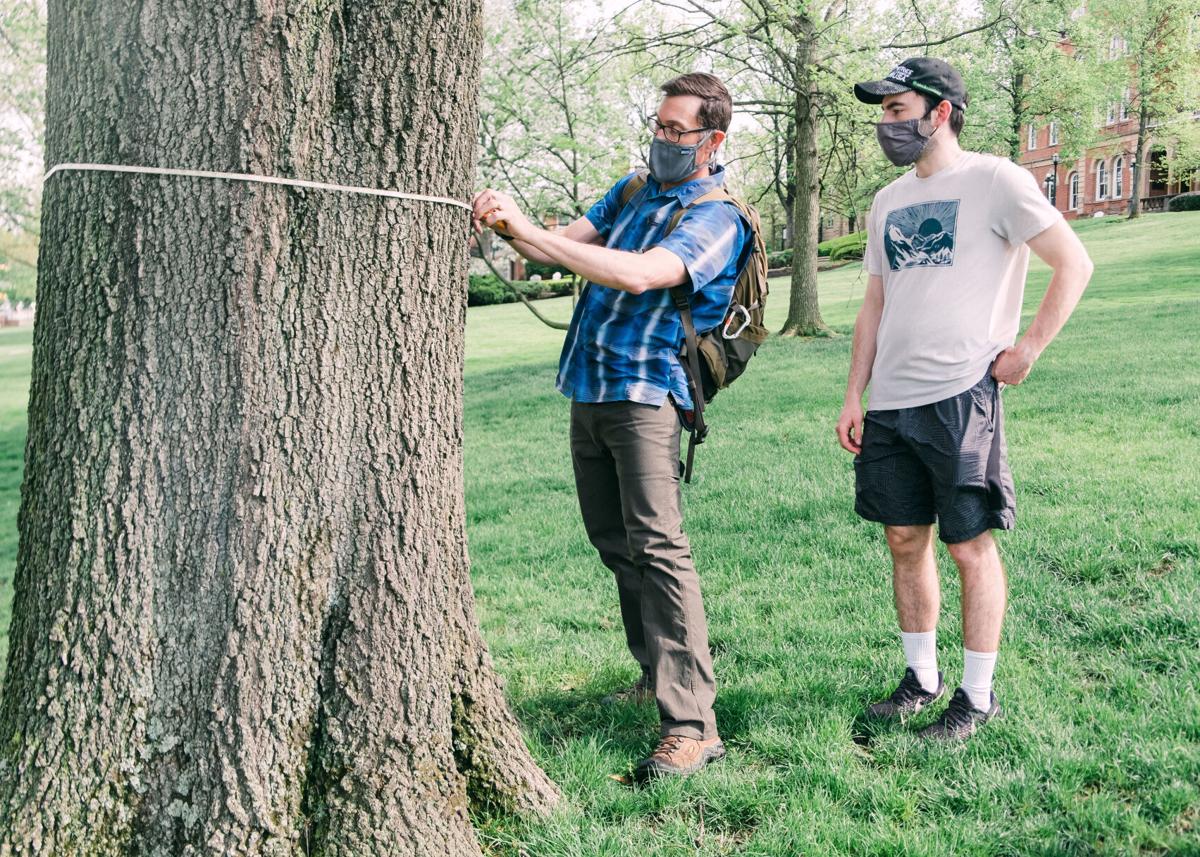 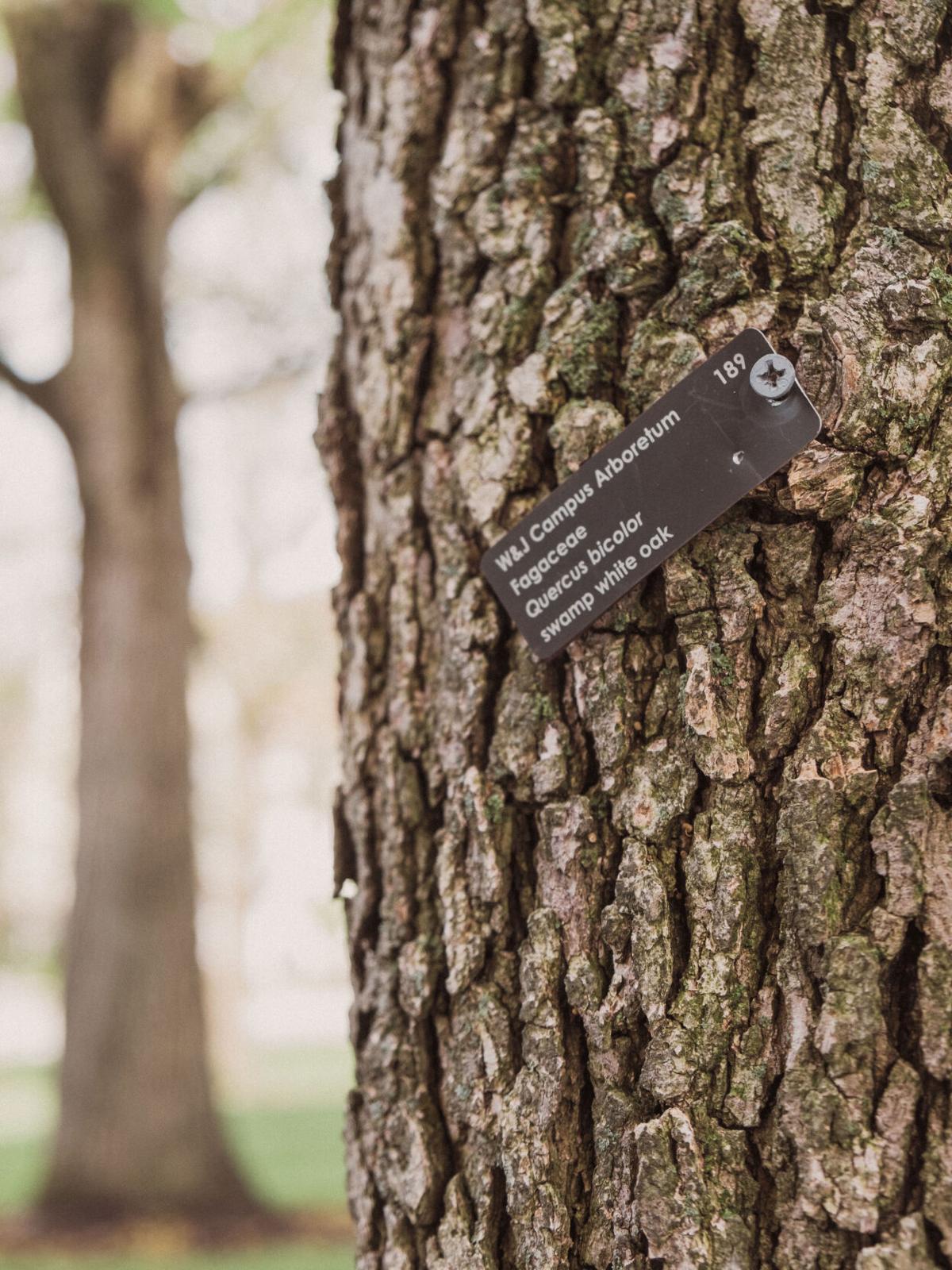 This tree grows on the campus of Washington & Jefferson College. 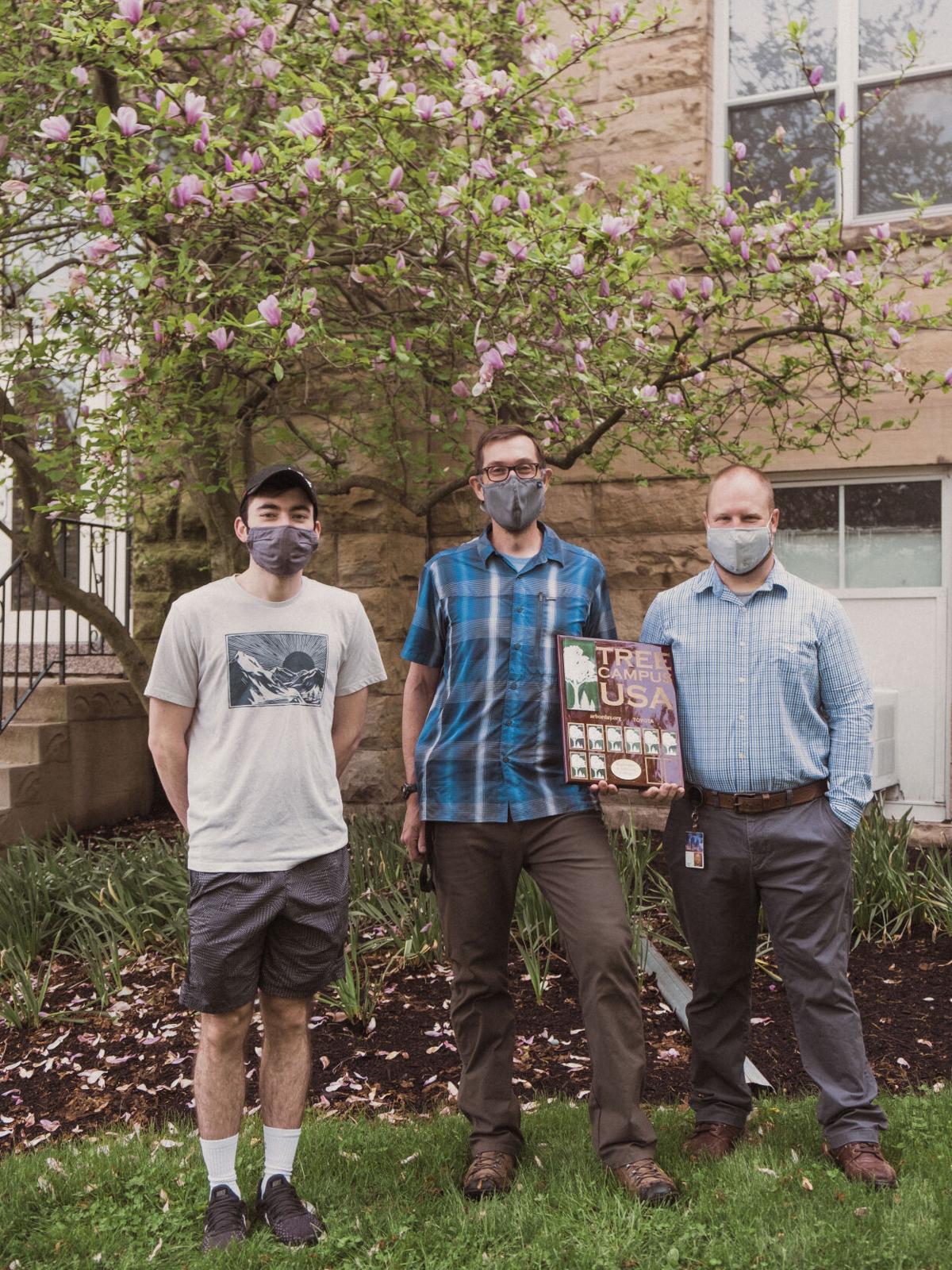 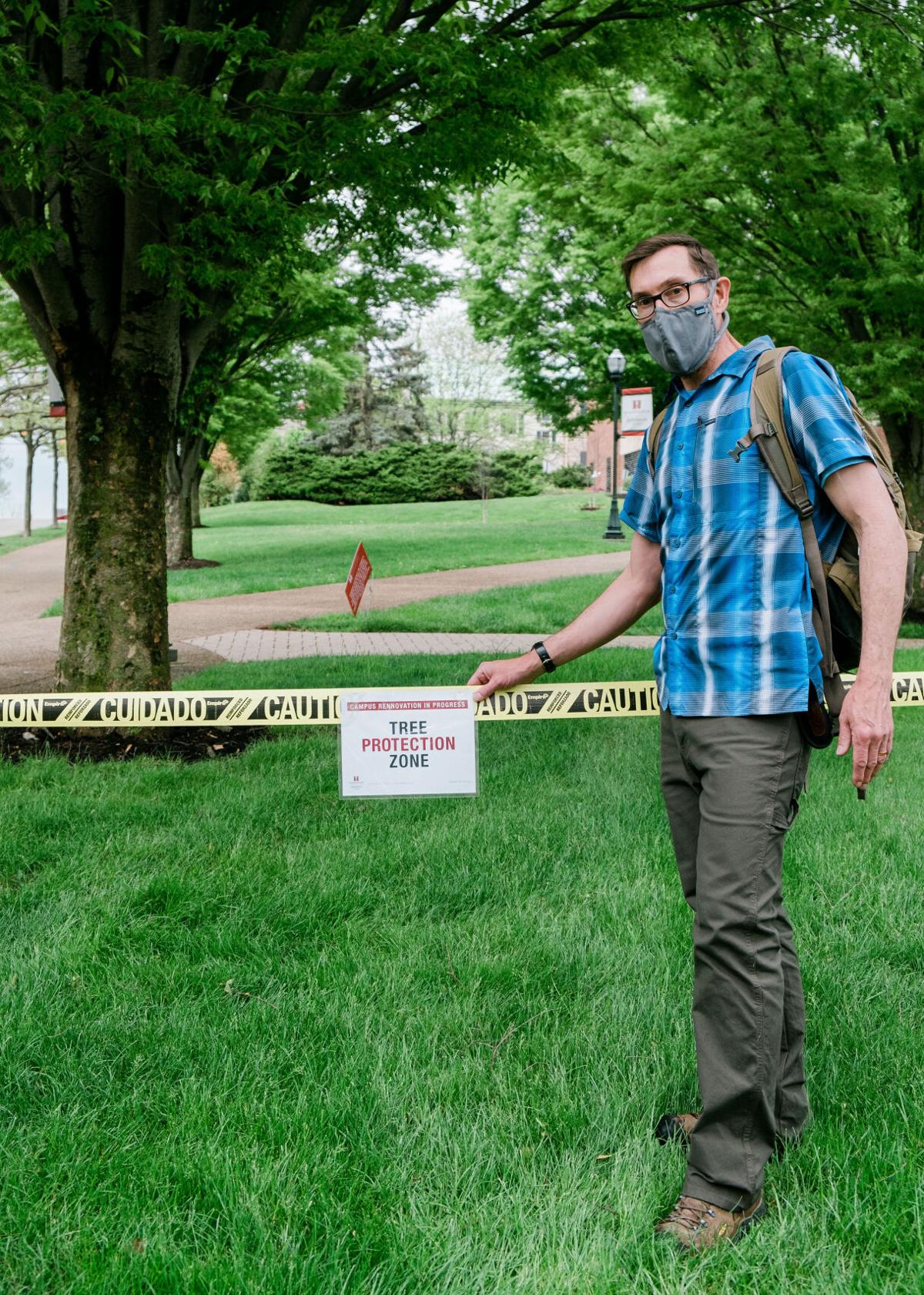 Dr. Jason Kilgore stands in front of a group of trees on Washington & Jefferson College’s campus. 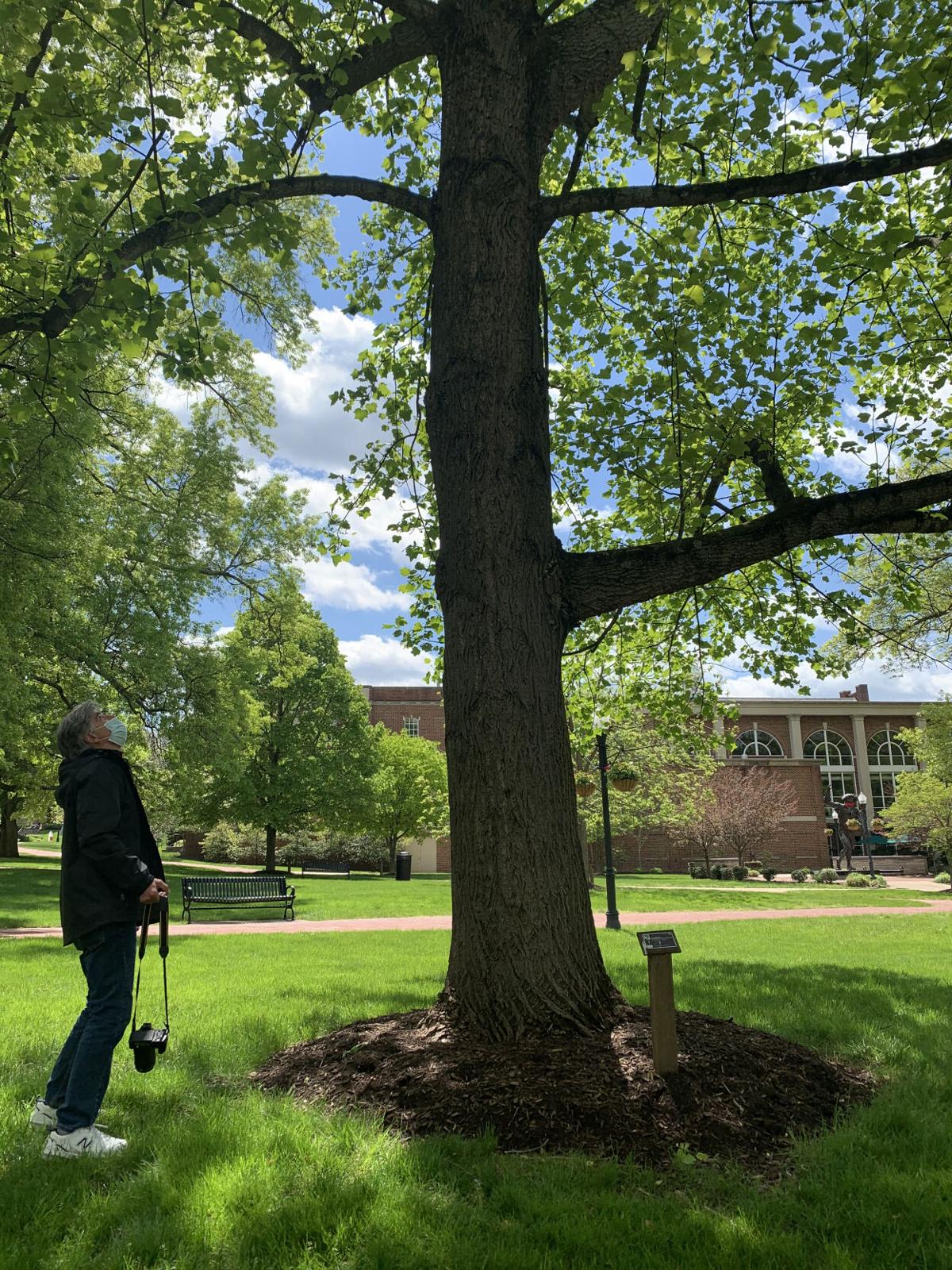 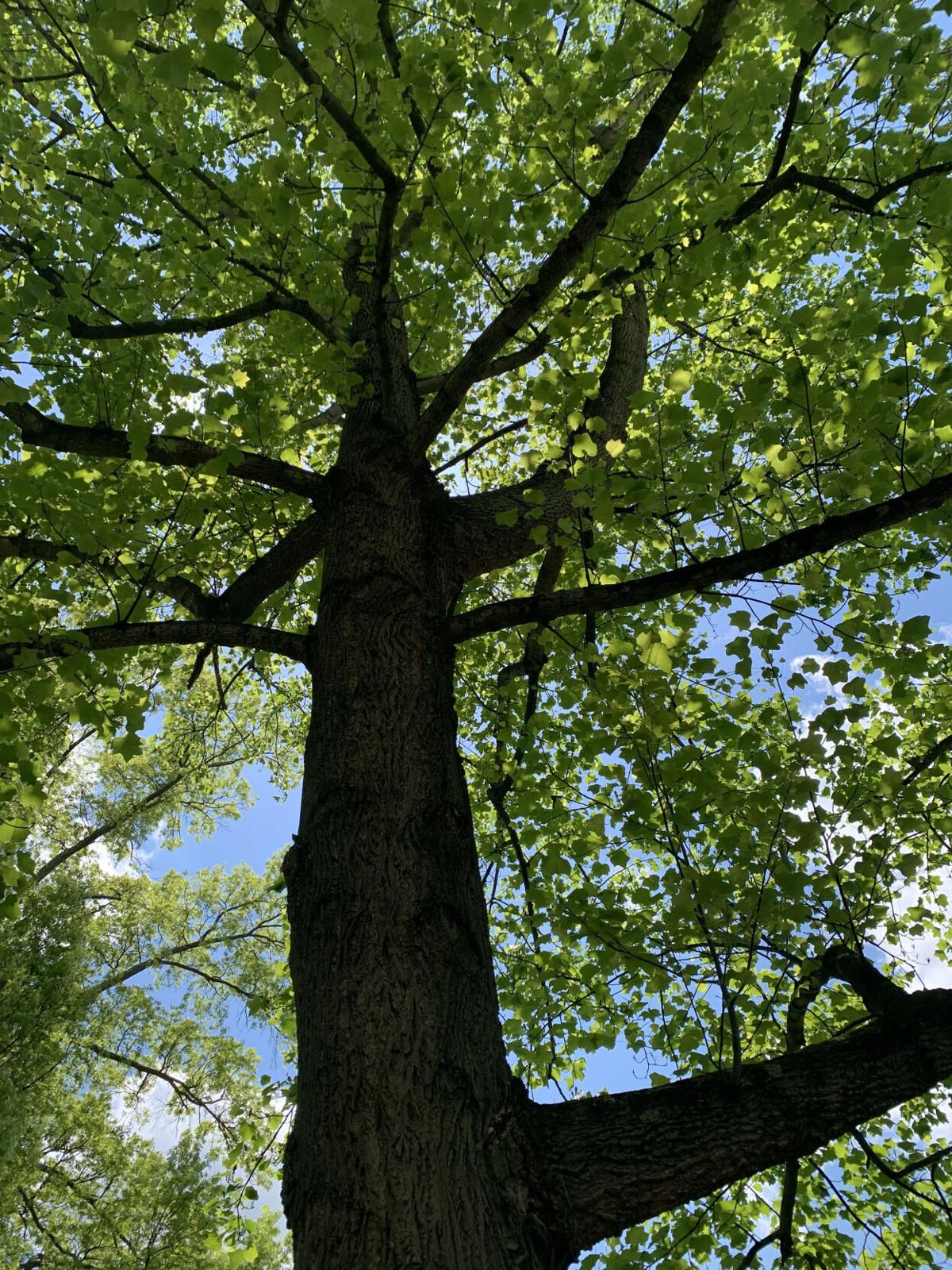 This tree grows on California University of Pennsylvania's campus. 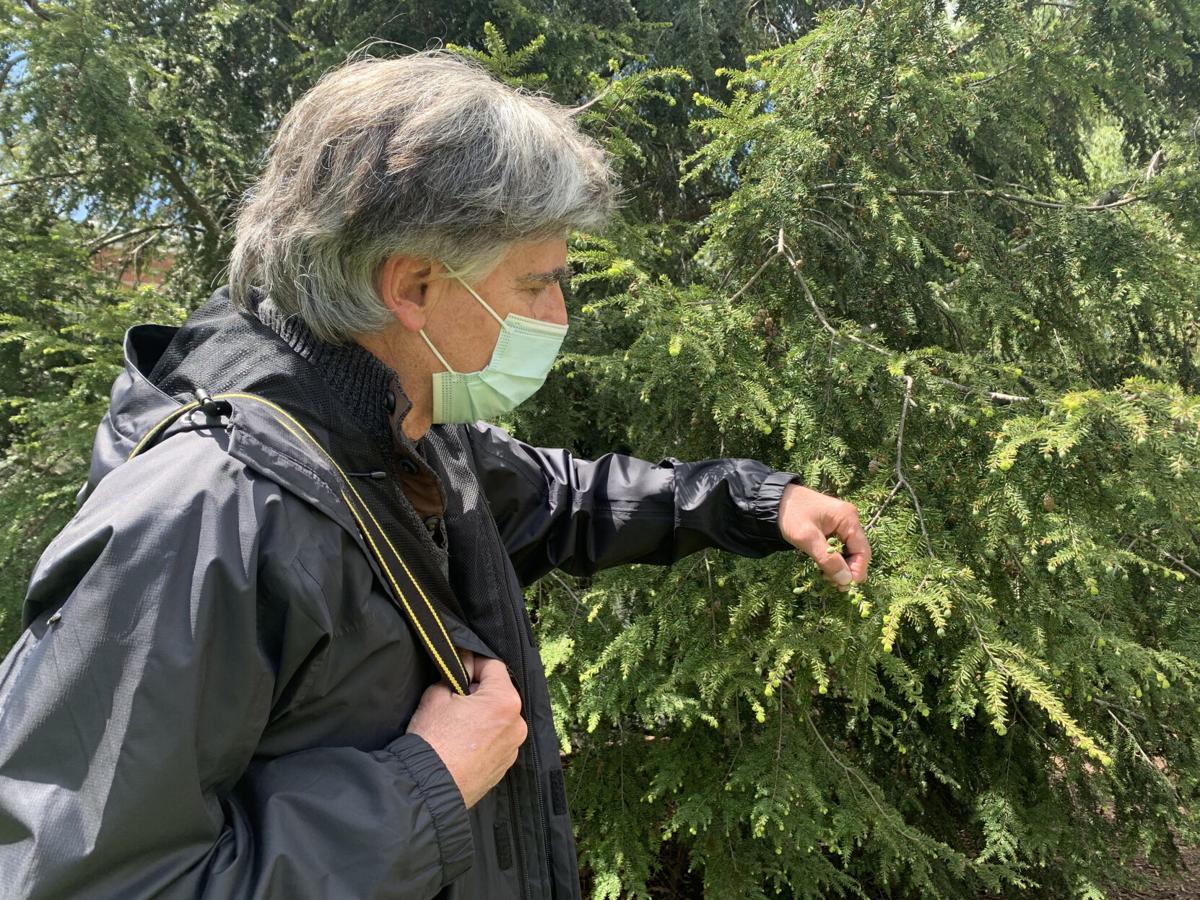 Dr. Robert Whyte inspects a tree on the campus of California University of Pennsylvania. 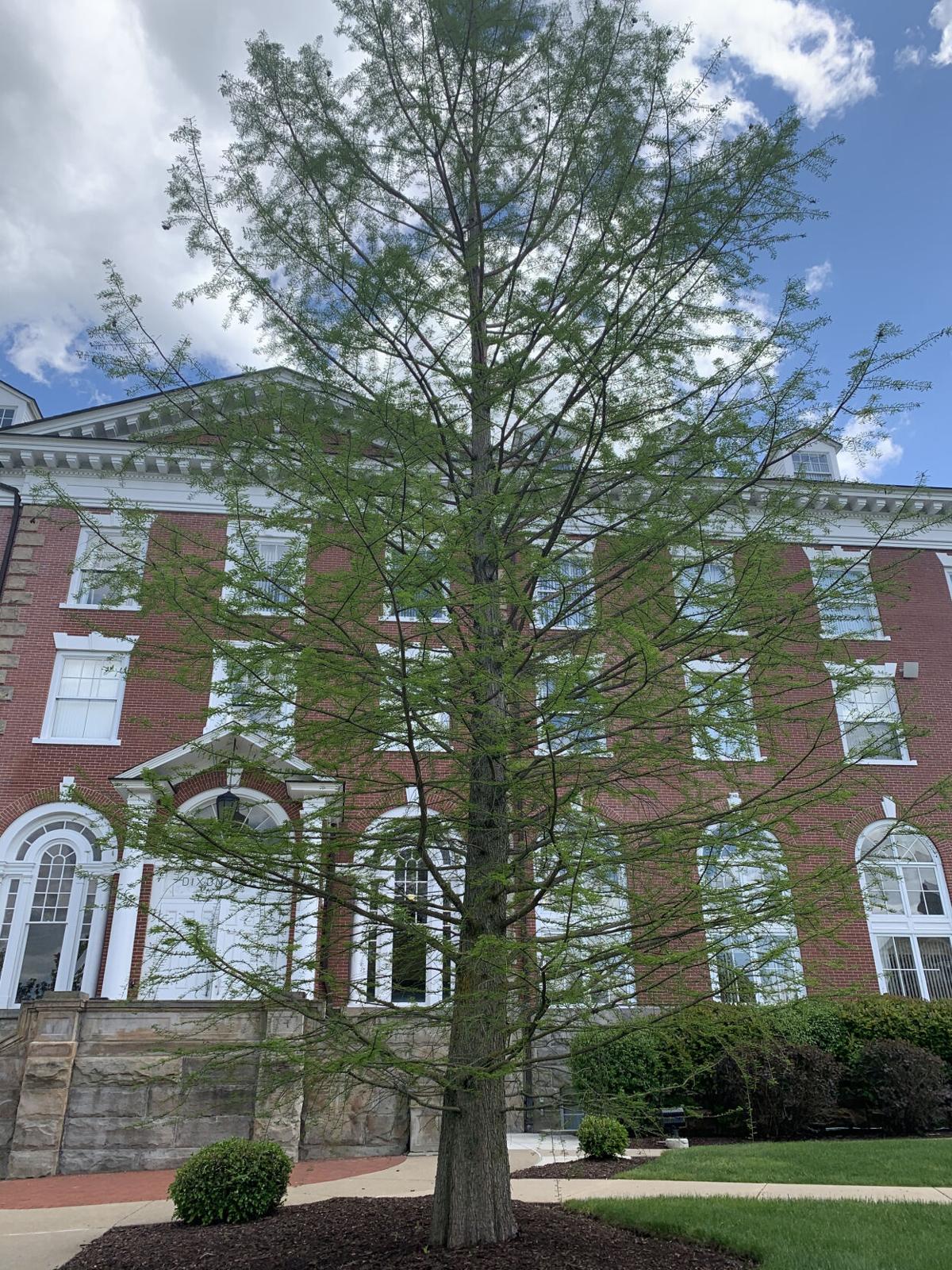 This tree grows on the campus of California University of Pennsylvania. 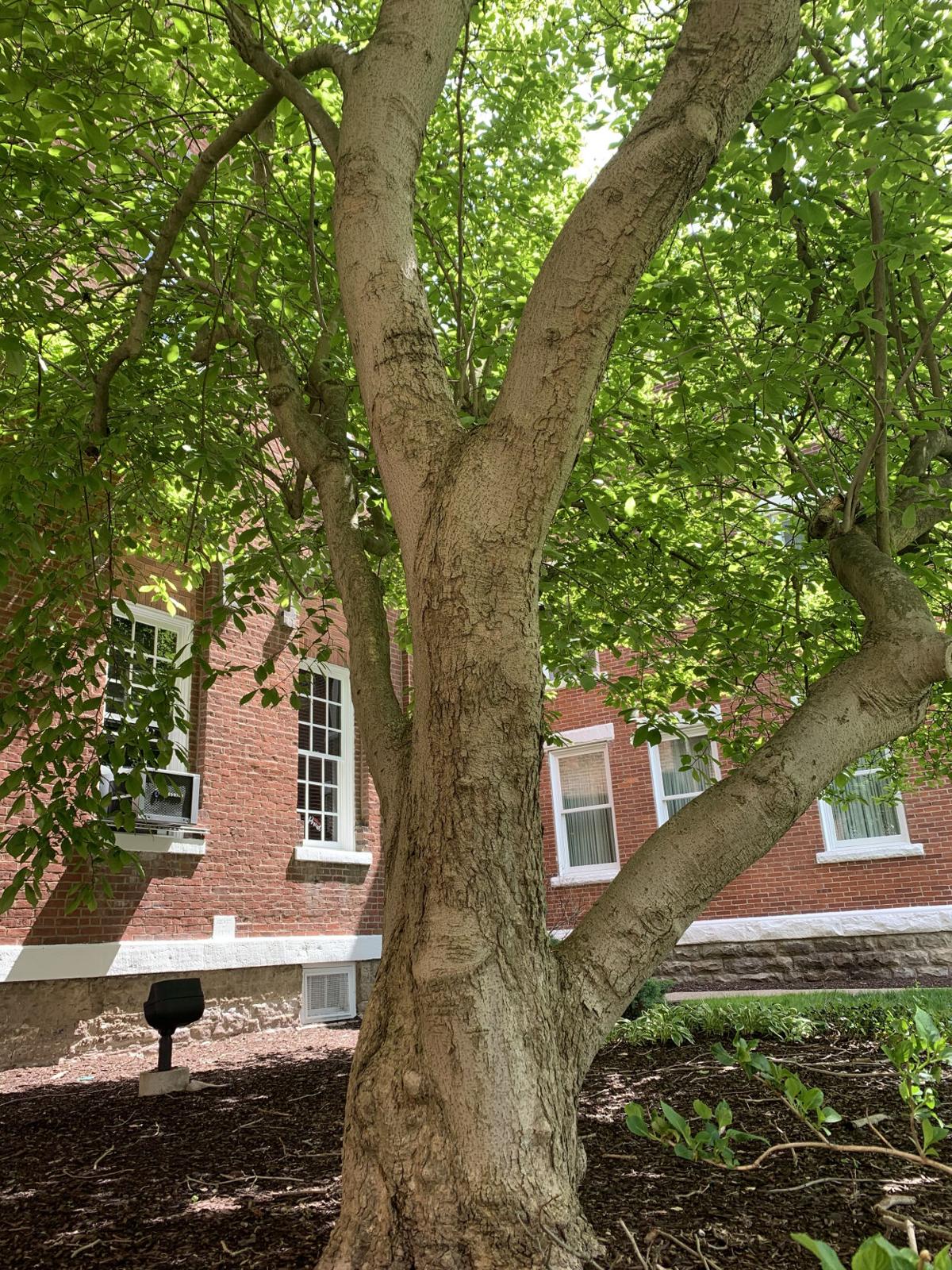 A tree on the campus of California University of Pennsylvania

The trees on Washington & Jefferson College’s campus are treated as natural treasures.

The campus of Washington & Jefferson College is filled with trees.

This tree grows on the campus of Washington & Jefferson College.

Dr. Jason Kilgore stands in front of a group of trees on Washington & Jefferson College’s campus.

This tree grows on California University of Pennsylvania's campus.

Dr. Robert Whyte inspects a tree on the campus of California University of Pennsylvania.

This tree grows on the campus of California University of Pennsylvania.

A tree on the campus of California University of Pennsylvania

“I feel a great regard for trees: they represent age and beauty and the miracles of life and growth.” -Louise Dickinson Rich

”You know me, I think there ought to be a big old tree right there. And let’s give him a friend. Everybody needs a friend.” - Bob Ross, artist

But college and university arboretums are much more than pretty green spaces. Arboretums promote a higher purpose – they serve as outdoor classrooms and living laboratories, offer opportunities for scientific research, promote conservation and engage in public outreach and education.

Schools are finding, too, that arboretums play a role in students’ mental, spiritual and physical health.

Both Washington & Jefferson College and California University of Pennsylvania boast outstanding arboretums that encompass their entire campuses and serve students, faculty and staff, and their communities.

While walking on the W&J campus, it’s easy to marvel, as FBI Special Agent Dale Cooper did in “Twin Peaks,” “What kind of fantastic trees have you got growing around here? Big, majestic.”

The 65-acre arboretum – proof that good things come in small packages – is home to nearly 1,200 undeniably fantastic trees from 109 species, both native and not natural to the area.

On every tree on campus, there is a metal tag embossed with information about it.

“There are a lot of people who walk through campus on a regular basis, or who live or work in the area who enjoy walking through the arboretum,” said Dr. Jason Kilgore, associate professor of biology and the arboretum’s curator. “The tags provide a lot of good information for them.”

The arboretum was born in 2012, when Kilgore and a former student, Kyle Karwatski, worked to build a database of the location and identity of the trees on campus.

Kilgore, a Michigan native, served as assistant to the curator at Michigan State University’s Clarence E. Lewis Landscape Arboretum before taking his post at W&J.

Kilgore also spent much of his career studying how forests respond to forest fires and climate change, and he is using the knowledge he has gleaned over the decades to grow the arboretum and increase environmental literacy on campus.

Over the past decade, Kilgore has collaborated with director of facilities Tim Lucas and W&J students to put the college on the national stage of campus arboretums.

Notably, the arboretum has earned Level I Accreditation by The ArbNet Arboretum Accreditation Program and The Morton Arboretum, and for the eighth consecutive year W&J has been recognized by the Arbor Day Foundation as a Tree Campus Higher Education college.

For Kilgore, the arboretum is a labor of love, and his passion for trees is infectious.

“We humans are so busy going about our lives. A tree is simply growing, responding to gravity, soil and other conditions year after year with a calm sense of dealing with only what is around them,” said Kilgore. “It’s powerful, and it provides strength and peace to me. With the arboretum, I provide a place for them to live and protect them.”

W&J’s arboretum is also an educational tool, used for a variety of classes, including chemistry, forest ecology, – students tap sugar and Norway maple trees and make syrup – art, and history.

Every two years Kilgore and his students re-survey all of the campus trees to measure diameter growth and calculate the amount of carbon they collect from the atmosphere. That information is then used to determine the campus’s ecological footprint and how to make it greener.

Another of the arboretum’s missions is to diversify tree species on campus. So, Kilgore has installed themed plantings.

A highlight is the Southern Rocky Mountain garden, which includes species found in the Southern Rockies, including Ponderosa pines, yucca, trembling Aspen, Oregon grape fir, white holly and blanket flower, a member of the sunflower family that turns a brilliant orange and red.

On Burnett Hill, a hillside above Howard J. Burnett Center, Kilgore and students are establishing a pinetum and a food forest.

The pinetum – an arboretum of pine trees and other conifers – includes a giant Sequioa, white spruce and pine trees, and a Dawn Redwood.

The food forest is comprised of trees that food can be harvested from – the native paw paw tree, which produces an edible fruit who’s flavor is similar to a banana or mango; Chinese chestnuts – American chestnuts would die from chestnut blight; sumac and elderberry.

“One of the psychologists here on campus said the most important mental health recreation on the campus, as noted by students, is the hammock grove,” said Kilgore, noting its use as a both a recreational and emotional wellness spot.

Community outreach efforts include an Arbor Day project where Washington High School students helped plant ginkgo trees – which remain relatively unchanged over the past 250 million years – behind the library.

Fun fact: female ginkgo trees produce a strong-smelling seed that resembles vomit when it decomposes. To Kilgore’s relief, two of the three ginkgoes are male, and he hopes the third is, too.

On the campus of the university, nestled on 190 acres near the Monongahela River, stands a tree that once was believed to have gone extinct more than 5 million years ago: a Dawn Redwood.

“It’s the only tree in the world that we knew of from the fossil records before we ever saw a living specimen,” said Dr. Robert Whyte, director of the arboretum. “We call it a living fossil.”

The story is fascinating: In 1944, a forester from a university in China stumbled upon a small grove of redwoods in rice paddies a southeastern province of the country.

After the end of World War II, scientists determined that, indeed, about 1,000 Dawn Redwoods – which lived in North America during the Cretaceous Period – were living in isolated groves.

In 1947, a U.S. expedition collected seeds and distributed them to botanical gardens and universities across the world, helping to save the Dawn Redwood – still considered endangered in the wild – from extinction.

“It’s an interesting tree, and it’s a cousin of the giant Sequoia. It won’t grow anywhere near as tall, but it’s impressive,” said Whyte.

The arboretum hosts more than 500 trees and shrubs representing nearly 110 species, and includes nearly every tree variety native to Pennsylvania.

Most of the trees are marked with pole tags that provide students and visitors with information about them.

Some of the trees contain memorial markers that can be purchased in honor of an alumnus or other loved one.

“It’s so nice to have this arboretum on campus because it’s truly a living lab that is used for many classes,” said Whyte. “And it connects the local community to the campus. We get visitors from out of town, schools, garden clubs and other organizations. I receive so many inquiries – emails, phone calls – about the arboretum. People want to come visit, they have questions about particular trees, they want to plant trees around their home. It is such a great way to connect with the community, and it is so important to do so.”

The first plant list and guide to trees was created in the early 1990s, and staff and students in the Department of Biological and Environmental Sciences continue to document the arboretum.

The oldest tree on campus is more than 200 years old, a towering sycamore London plane tree that was planted around 1810.

Other notable trees include shingle oak, burr oak, sweet gum – its spiky round seed pods are unpopular for barefoot students who sometimes step on them – weeping willow, and red oak, whose acorns blanket the campus when they fall.

Whyte’s favorite tree on campus is a tulip tree, with large, showy, yellow flowers that resemble tulips, and soft-shaped leaves. Tulip trees don’t flower until they are about 20 years old.

Whyte, who grew up in New York City, served as director of Antioch College’s 1,200-acre nature preserve before taking the helm at California’s arboretum 16 years ago.

He spent his summers at his grandparents’ home in upstate New York, and fell in love with the Catskill Mountains and its trees.

“Trees are magical,” said Whyte. “They are so majestic. They just sit there observing all that goes on around them, taking it all in. But they aren’t static. They change with the season, change as they get older – they’re never the same tree from day to day.”

At Cal U., Whyte has dedicated his efforts toward the conservation of native trees and bushes.

The arboretum has incorporated native ornamentals, such as flowering dogwood, with Eastern hemlock – the official state tree of Pennsylvania that can take 250 years to reach maturity – and maple trees.

In one of his classes, Whyte teaches students to identify the “Christmas trees” on campus, fir, spruce and pine.

Near the quad, plantings of a Kentucky coffeetree grow where a massive coffeetree stood for decades before it was struck by lightning.

The coffeetree, a member of the legume family, holds big, thick pods that contain beans, explained Whyte. The seeds can be roasted and used as a substitute for coffee bean, although its flavor is weak.

Whyte still rues the loss of the Kentucky coffeetree, and feels a sense of responsibility for protecting the trees, much like the fluffy orange character in Dr. Seuss’s “The Lorax” guarded the Truffula trees.

“I don’t have a mustache and certainly don’t look like the character in ‘The Lorax,’ but I like to think that, at least at Cal U, I am the “speaker of the trees,” said Whyte. “Though I certainly couldn’t save the Kentucky coffeetree.”