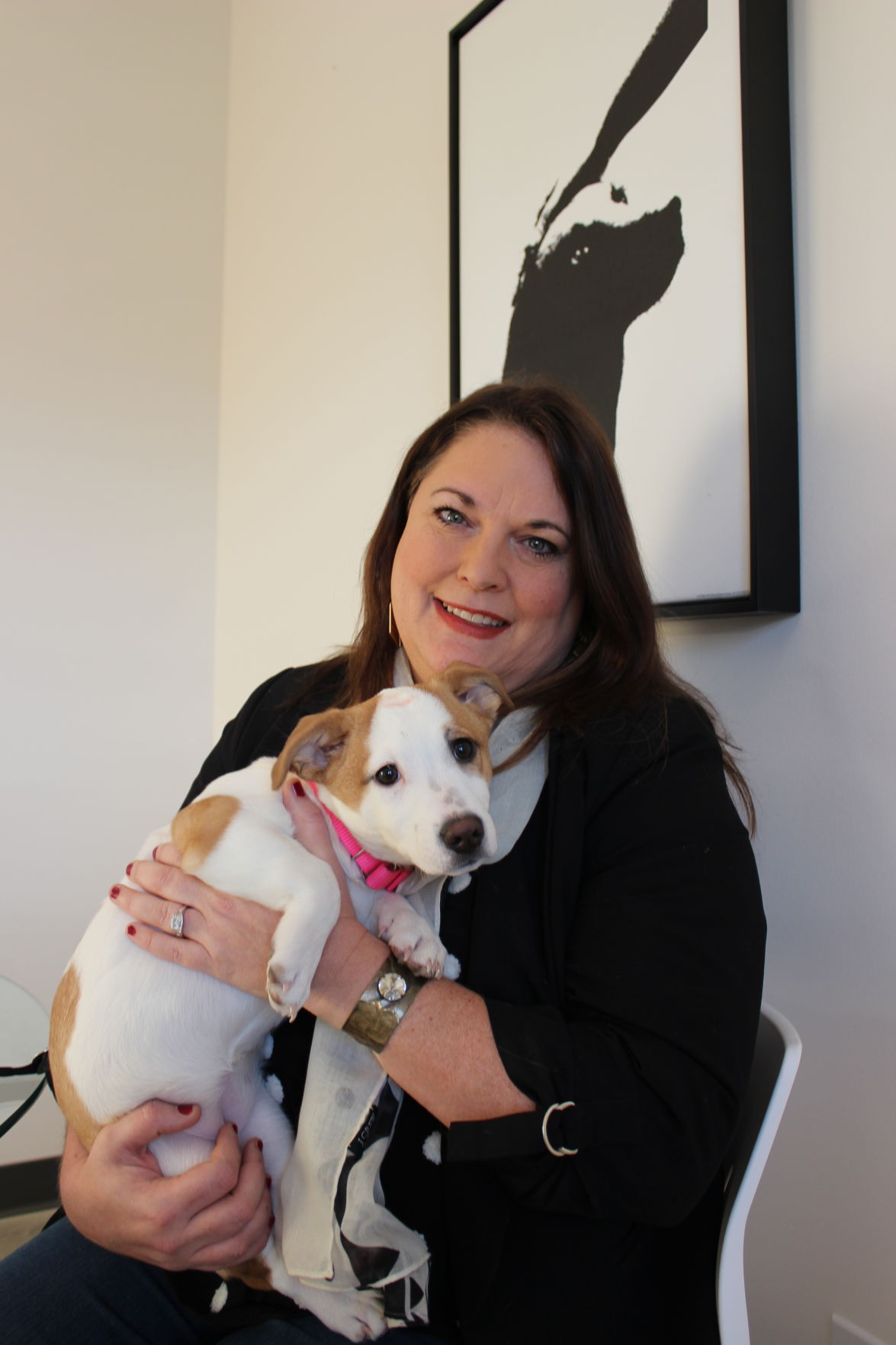 Kelly Proudfit with Chickie, a 4-month-old a beagle and corgi mix available for adoption at the Washington Area Humane Society 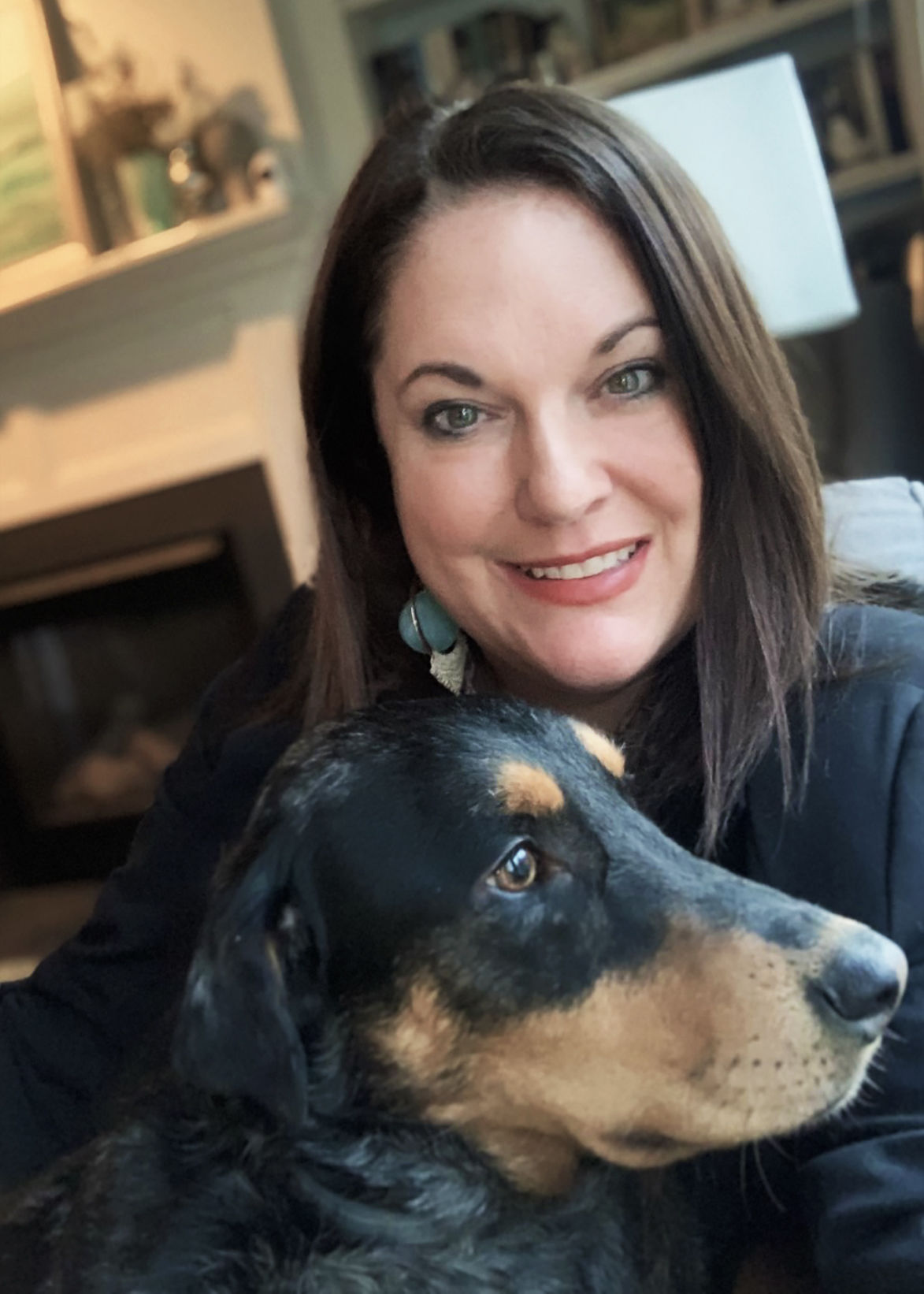 Kelly Proudfit and her dog, Lucky, that she adopted from the Washington Area Humane Society 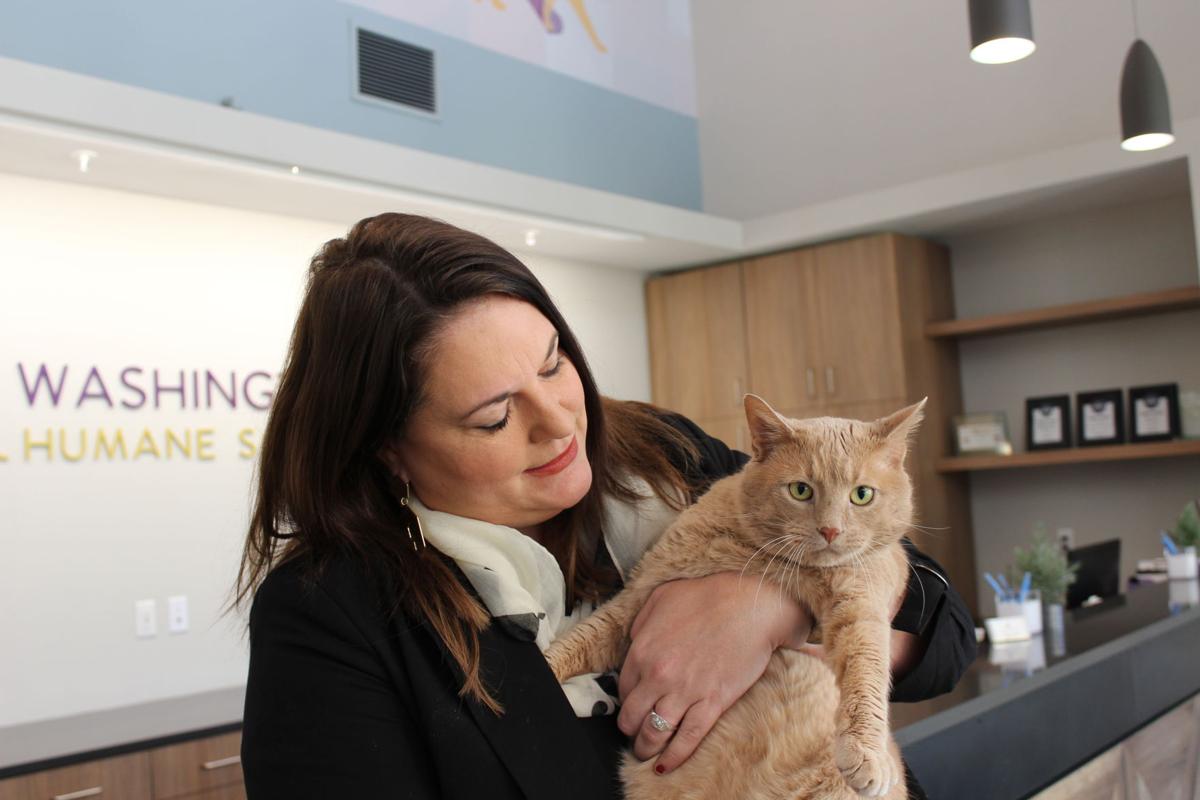 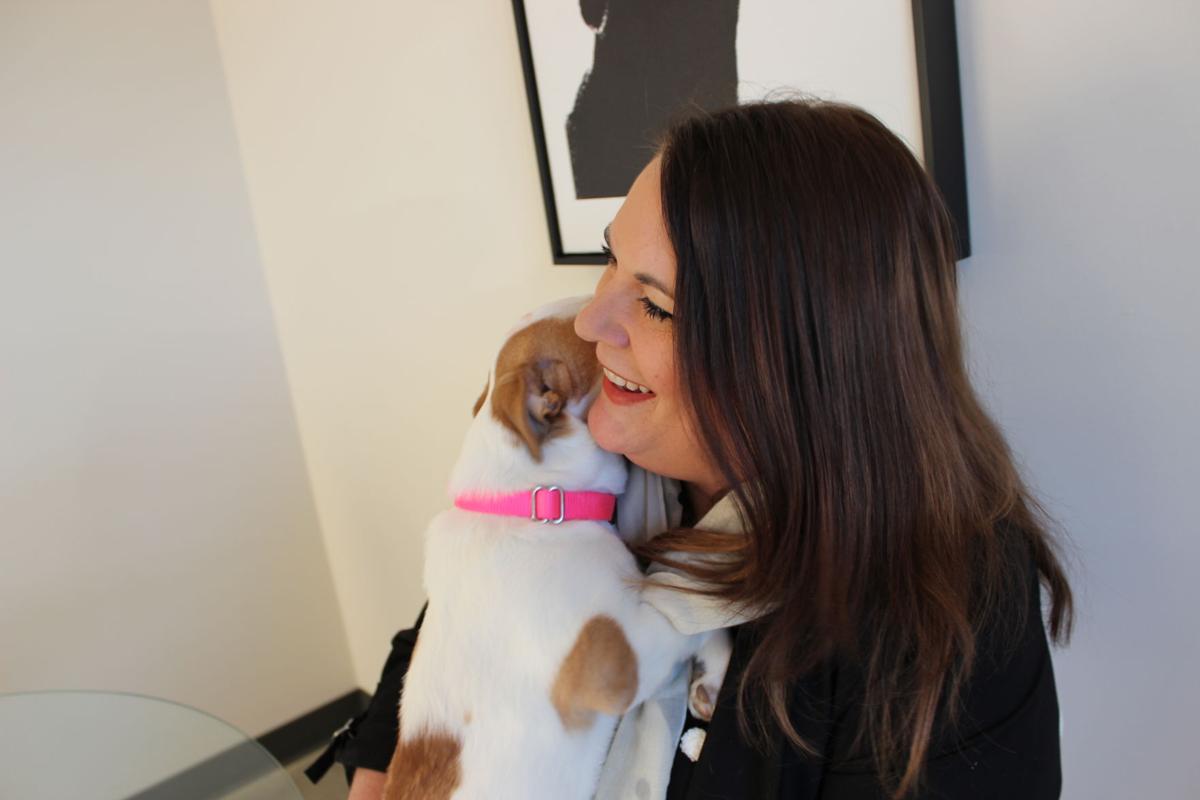 Kelly Proudfit snuggles with Chickie, a 4-month-old a beagle and corgi mix available for adoption at the Washington Area Humane Society, in her office. 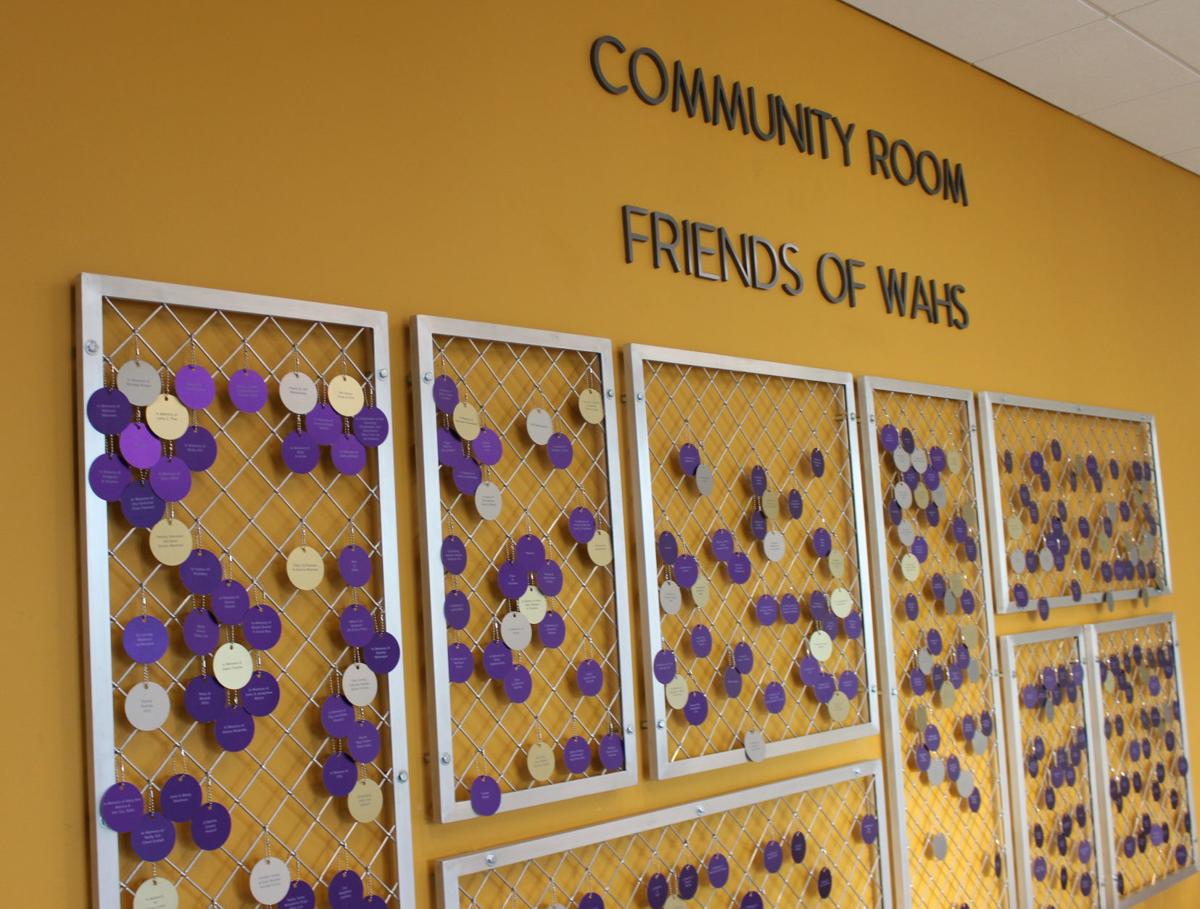 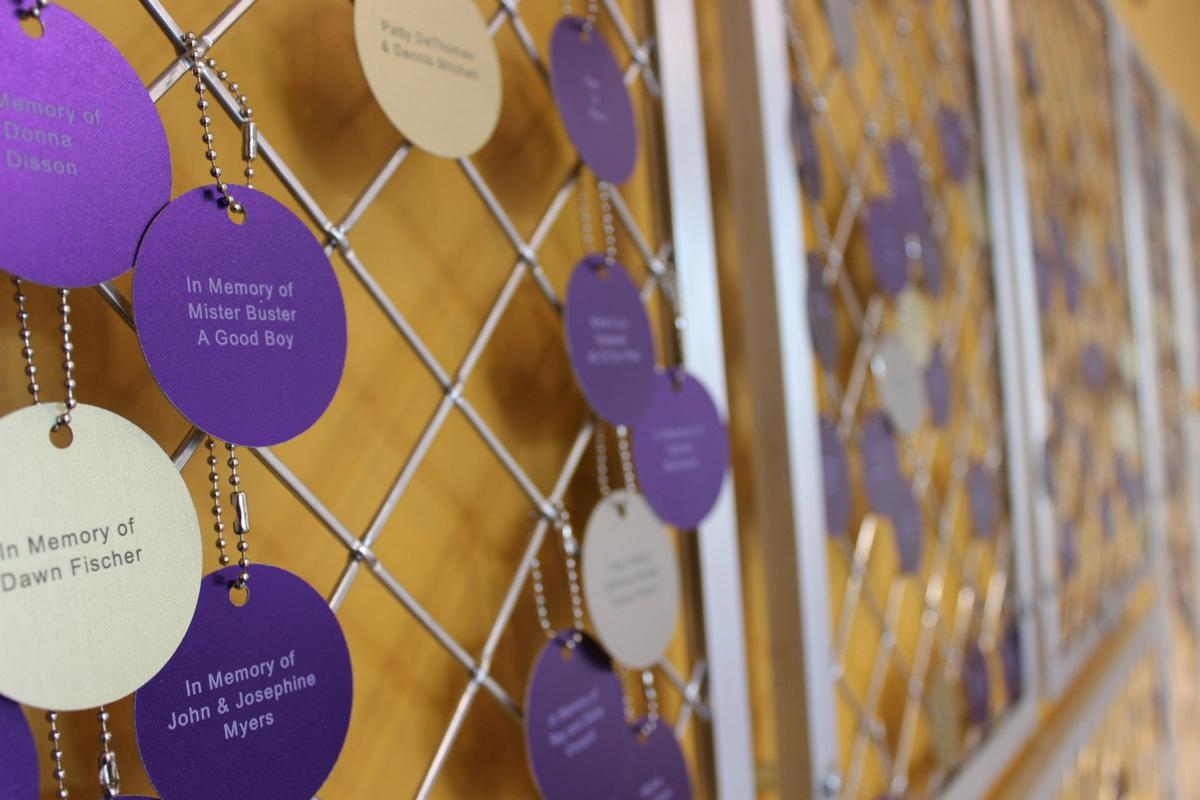 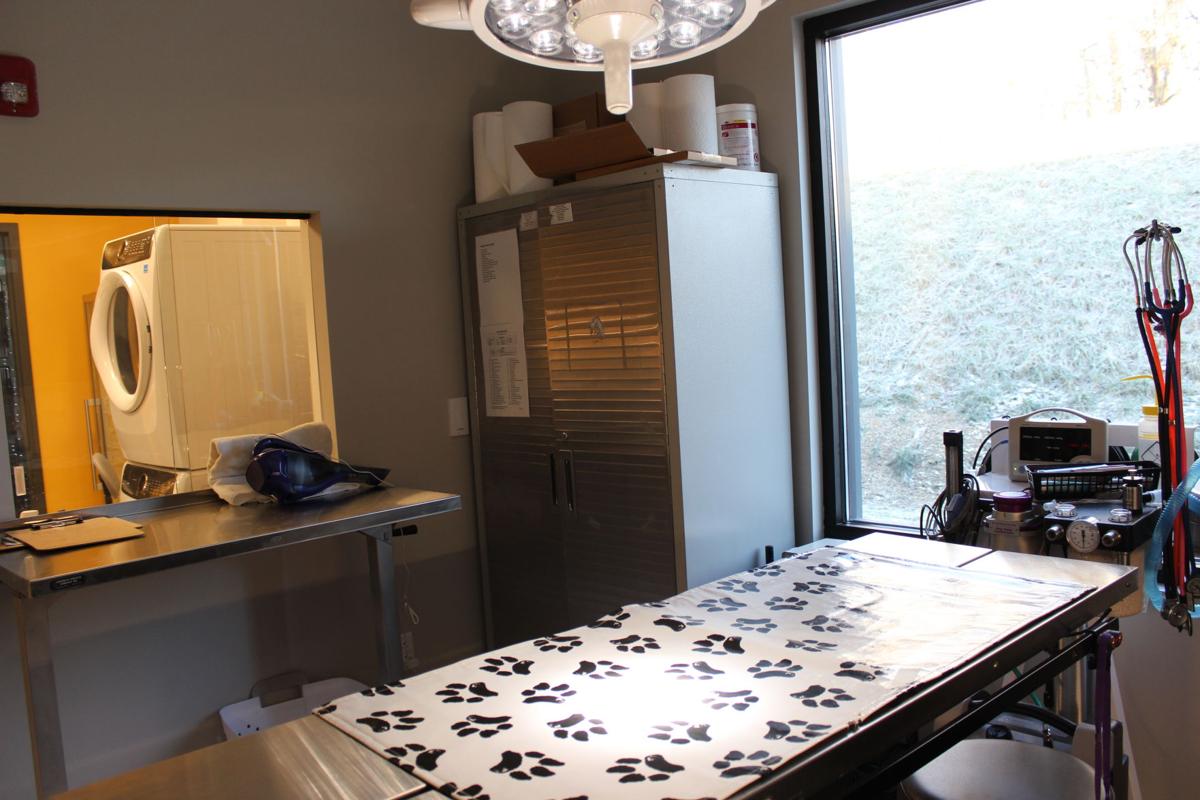 Kelly Proudfit with Chickie, a 4-month-old a beagle and corgi mix available for adoption at the Washington Area Humane Society

Kelly Proudfit and her dog, Lucky, that she adopted from the Washington Area Humane Society

Kelly Proudfit snuggles with Chickie, a 4-month-old a beagle and corgi mix available for adoption at the Washington Area Humane Society, in her office.

Math and science have flummoxed many a student over the years, and Kelly Proudfit was no exception.

She loved animals when she was growing up and nursed dreams of becoming a veterinarian. Deciphering the mysteries of chemistry and algebra was not her forte, however, and she decided instead to pursue a career in marketing and advertising.

In 2016, Proudfit was able at last to marry her skills in marketing and her fascination with animals by becoming the executive director of the Washington Area Humane Society. The 114-year-old organization just completed a momentous chapter in its history with the opening of its new facility in North Strabane Township. Located just up a hill from outdated, cramped facilities that had been the humane society’s home since 1950, the $5 million structure has up-to-date spaces to keep and care for dogs and cats until they find homes. Much lighter and roomier than its previous digs, it also has more office space for Proudfit and other employees of the humane society.

“I feel like this building is the future hub of animal welfare in Washington County,” Proudfit explained in her new office last month. “And I really want it to be an education center.”

She added, “It’s a new era for this organization.”

At the same time the humane society opened its new building, Proudfit was named Person of the Year in the Observer-Reporter’s Best of the Best competition. Introduced in 2017, the Best of the Best community awards shine a spotlight on individuals, organizations and businesses throughout both Washington and Greene counties, the Mon Valley and the South Hills region. Readers submitted write-in nominations last July, and voting occurred in September.

“Of course it’s nice to be appreciated,” Proudfit said of the award. “I just like to be behind the scenes and get stuff done. I’m just not into getting a pat on the back, which is bad because I should be able to take a compliment by now. That’s just not my strong suit. But I’m happy because I believe it would bring positive publicity for the shelter.”

A native of Chicago’s northern suburbs, she met her husband, Billy Proudfit, while attending Ohio University in Athens, Ohio. Proudfit’s husband grew up on LeMoyne Avenue in East Washington and, coincidentally, Proudfit’s paternal grandmother attended Washington High School, and a paternal great-grandmother grew up in Washington. In between raising children who are now 14, 10 and 8, Proudfit worked in the marketing department of the Carnegie Museums of Pittsburgh and then established her own marketing consulting business with 25 clients.

“It was almost like it was fate that I was supposed to come back here,” she said.

“I love this job,” she said. “It’s everything I like to do rolled into one.”

Ami Hillebrand, a member of the humane society’s board, explained that one trait that makes Proudfit good at her job is her compassion, “and her ability to be fair and understanding to our employees and staff. Her pride and commitment to our organization is an excellent example of her character.”

About 1,000 animals come into the shelter every year. They arrive due to a variety of circumstances, including surrender by owners or discovered hoarding situations. About 700 are adopted per year, and before the animals find a permanent home, they are spayed and neutered if needed. The Washington Area Humane Society is a closed-door/no-kill shelter, meaning that they don’t take all pets that are brought in, but none of the pets they accept are killed when the shelter no longer has room.

The humane society’s budget is about $850,000 per year, and it receives no county money and a small amount from Harrisburg. Proudfit believes the shelter accomplishes a lot with a relatively small budget.

“The whole landscape of animals is changing,” she said. “The whole industry is shifting. There used to be a ton of kill shelters, and there still are. But I think it’s changing and evolving, and animals have more rights, and there are more people advocating for them.”