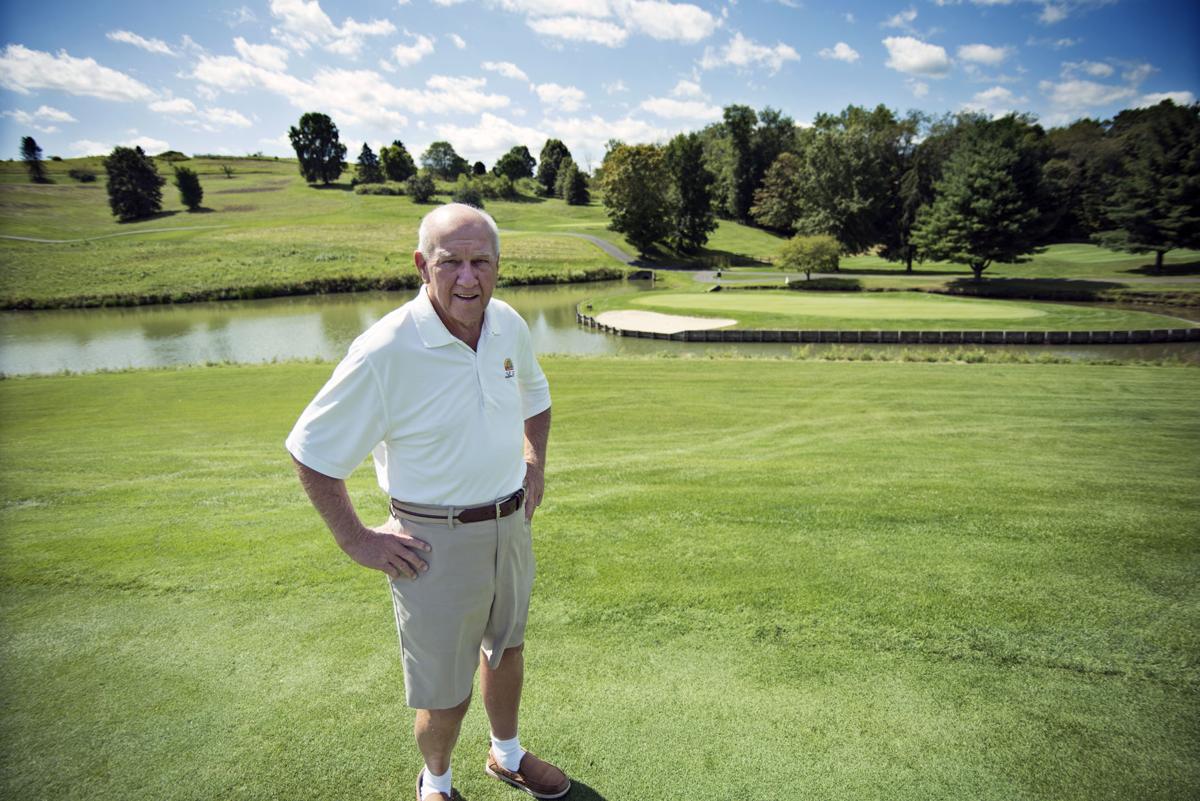 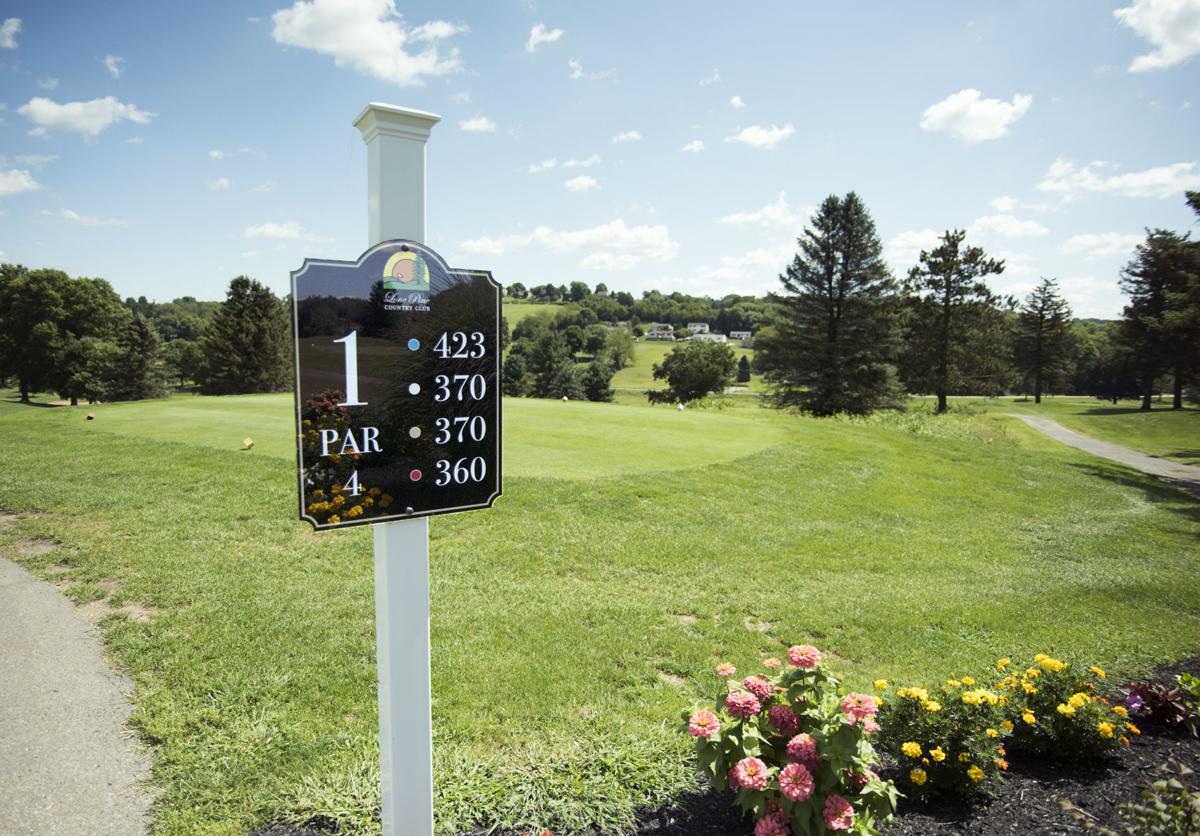 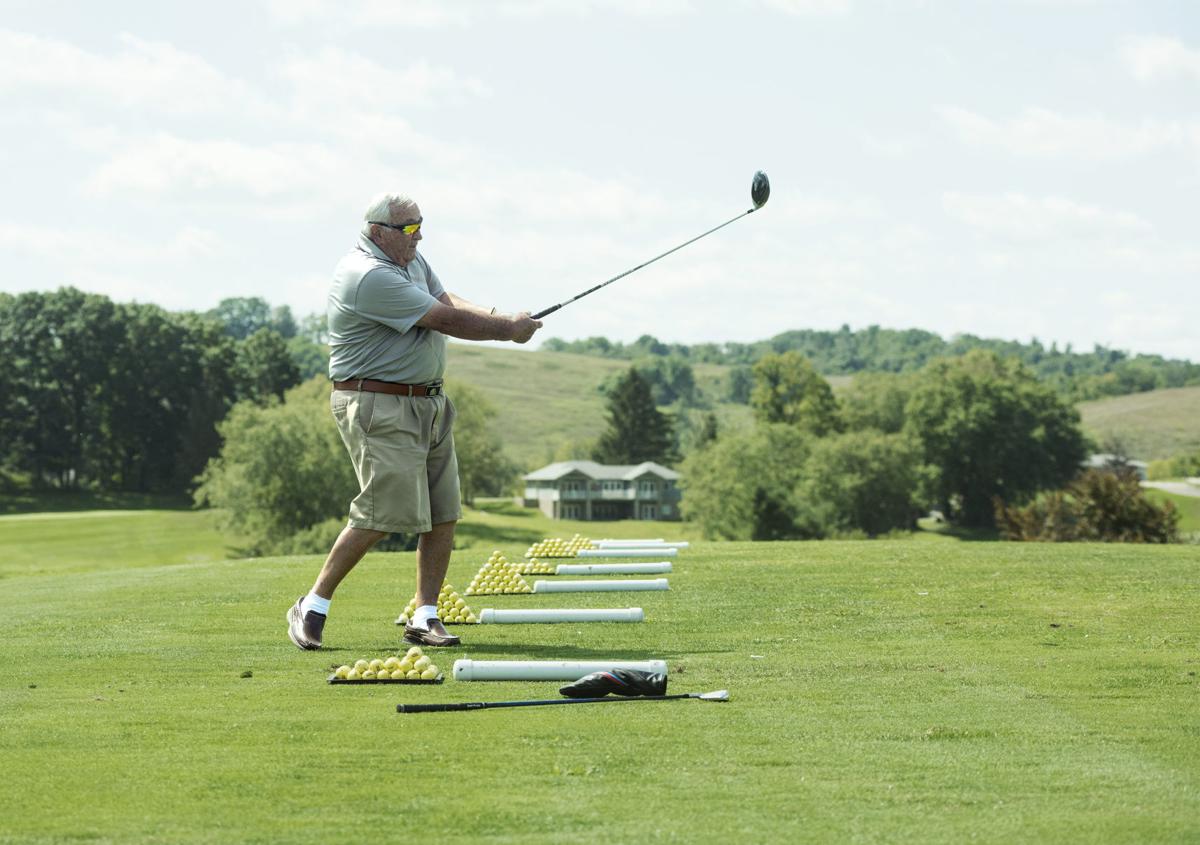 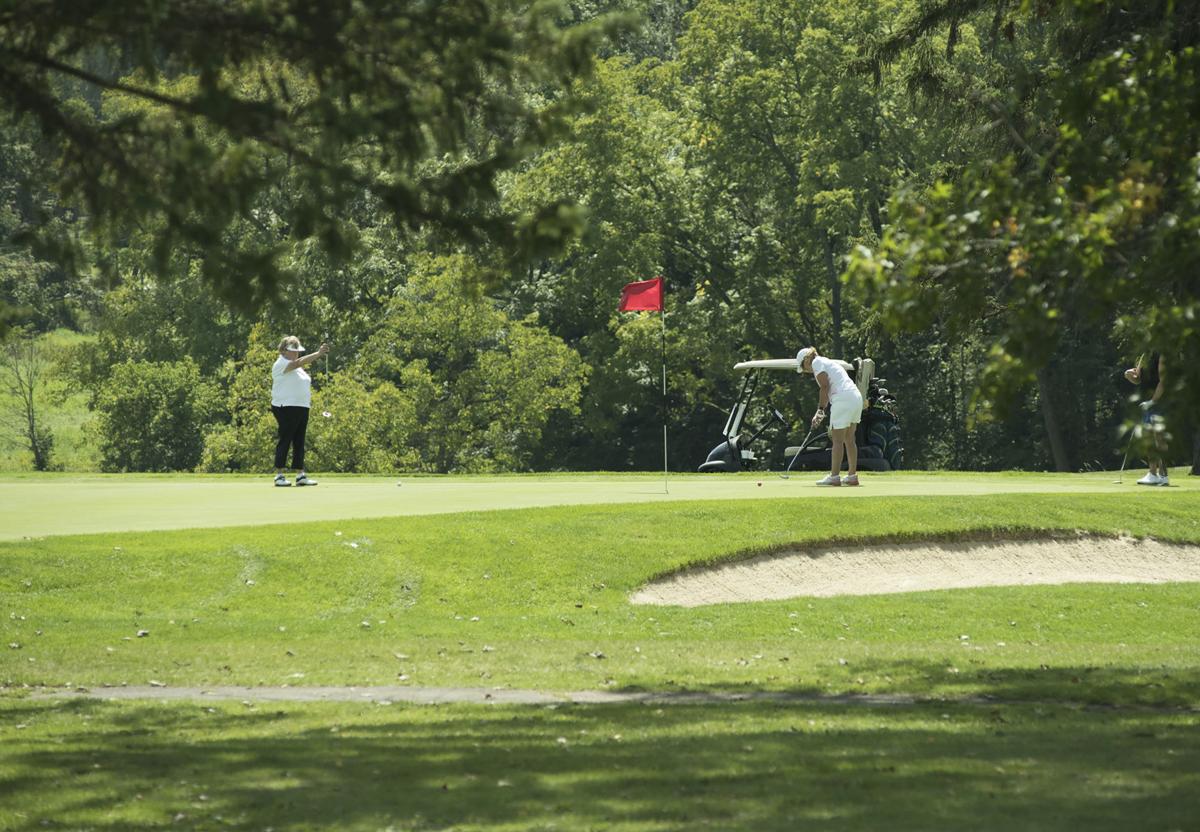 No. 5 at Lone Pine Country Club is as breathtakingly beautiful as it is beastly. It is a long roller coaster of a hole, a par-5 that frequently leaves a player with the dreaded side-hill lie – maybe twice – and is bounded on the left by a body of water that looks like it’s the size of Lake Michigan.

This may be the most challenging hole on a challenging golf course, and the most severe test comes at the end: landing your ball on the green and keeping it there. The green is on a small island, accessed only by a grass-covered bridge and featuring the statue of a coyote that, incredibly, is keeping the geese away.

Terry George is intimately familiar with No. 5. He was the head golf pro at Lone Pine for 38 years, until his 2012 retirement. The island hole is something of a landmark there and stands as an appropriate metaphor for where he has lived and served in an official capacity for a quarter-century.

George has been mayor of Green Hills since 1994. The borough was incorporated in 1978 when operators of the country club, seeking a liquor license in a dry municipality – South Franklin Township – led a successful secession from the township. The club, which got its liquor license, has comprised the majority of the 602-acre borough in the 41 years since.

“We are actually an island in the middle of South Franklin Township, with a small part of our property touching Buffalo Township,” said George, who will soon turn 72.

The island that isn’t an island is one of the smallest municipalities in Pennsylvania, land- and population-wise. Nineteen people reside in six homes in Green Hills, according to George. He scoffs at the 2010 U.S. Census, which pegged the borough’s population at 29, indicating a 34 percent drain over the past nine years.

“It was never 29,” George said steadfastly of his community, the least-populated of the 65 incorporated towns in Washington.

Telephone calls to the municipality are answered at the Lone Pine clubhouse, where borough meetings are conducted. “Our polls are here. We have 12 voters,” he said, smiling slightly.

Municipal officials, he added, “serve pro bono. We’ve never had a salary.” Debbie Grass, who works in Green Tree, is the manager. Anthony Nicolella is the treasurer; Colin Fitch the solicitor; and Randy Liebeig, the borough architect who also is in charge of building permits.

George is one of five council members, along with board president Joe Meneskie; the mayor’s wife, Janet George; Jody Main; and Shelly Songer. “I set the agenda on meetings, and they vote,” George explained. “I vote only to break a tie. That’s Pennsylvania law. I seldom vote because we seem to agree.”

Despite overseeing a tiny borough, the mayor says he has little downtime. “People make fun of Green Hills, but there’s a ton to do,” said George, who also is the club’s golf pro emeritus. “We’re not huge, like New York City or Pittsburgh, but not a day passes when I don’t have something to do on the federal, state or county level to keep the borough in compliance.”

Green Hills certainly does not operate like an island, as the borough and South Franklin work together on many matters. Both are part of McGuffey School District and have the same millage rate. The borough contracts with South Franklin Volunteer Fire Department, “but we’ve never needed them,” George said. The two communities also share a 20-year comprehensive plan.

And what’s good for Green Hills is good for Lone Pine Country Club. The saga of the club, according to its website, began in 1958 when the late Vernon Neal, a builder, purchased property that he operated as a cattle ranch for 11 years. Construction of Lone Pine golf course began in 1969, and the first rounds teed off two years later.

Neal, the club owner, decided to pursue a liquor license years later, but voters roundly rejected the proposal in a referendum. A secession movement followed, a development that angered township officials and prompted a court challenge, but Lone Pine prevailed.

Green Hills was born. Not long afterward, the state Legislature restructured its municipal guidelines, ruling that for a would-be borough to be incorporated, it had to have at least 500 residents.

“It’s a good thing the state set that law, or we would have a million Green Hillses,” George said.

An interesting twist is that South Franklin may not be officially dry. Kellie Orlosky, township secretary/treasurer and a supervisor, said it could not be determined whether a ban on liquor is genuinely on the township books.

“I’ve spoken with the other two commissioners and, as far as they’re concerned, South Franklin is a dry community,” she said. “If no one is applying for a liquor license, it will stay dry. If someone wants to get a liquor license, we would have to seek legal advice.”

Four decades ago, Lone Pine Country Club did just that, pursuing legal avenues that led to the rise of Green Hills Borough. Cheers!