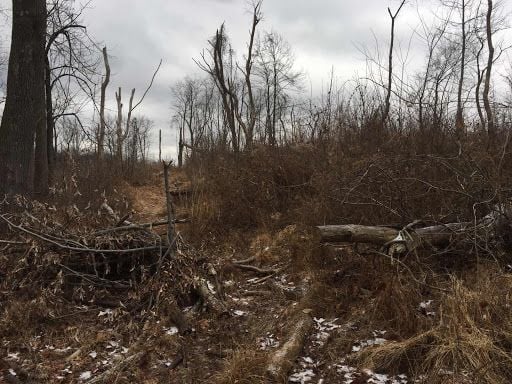 The woods near the Calhoun Road entrance to the park are shown here on an overcast day in early January. 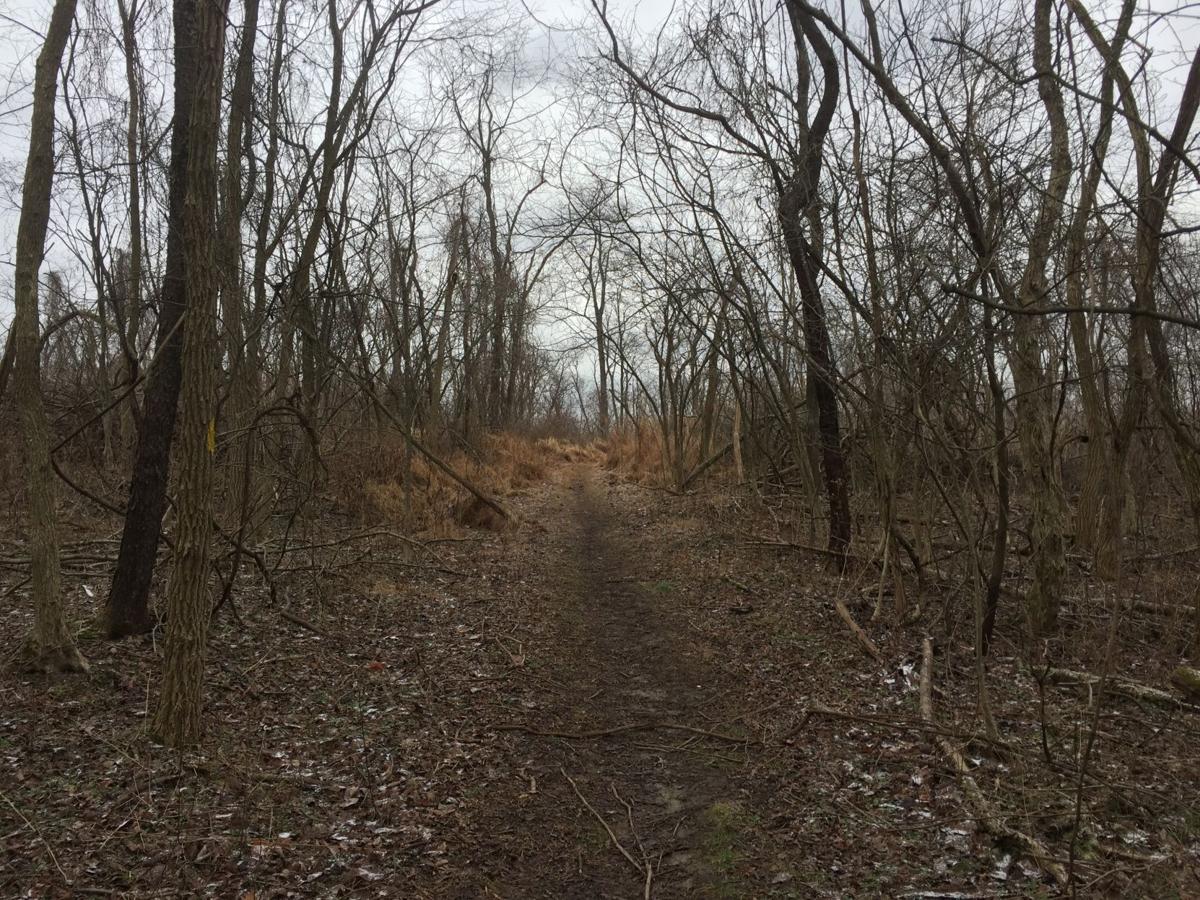 Another view of a trail near Calhoun Road from January. 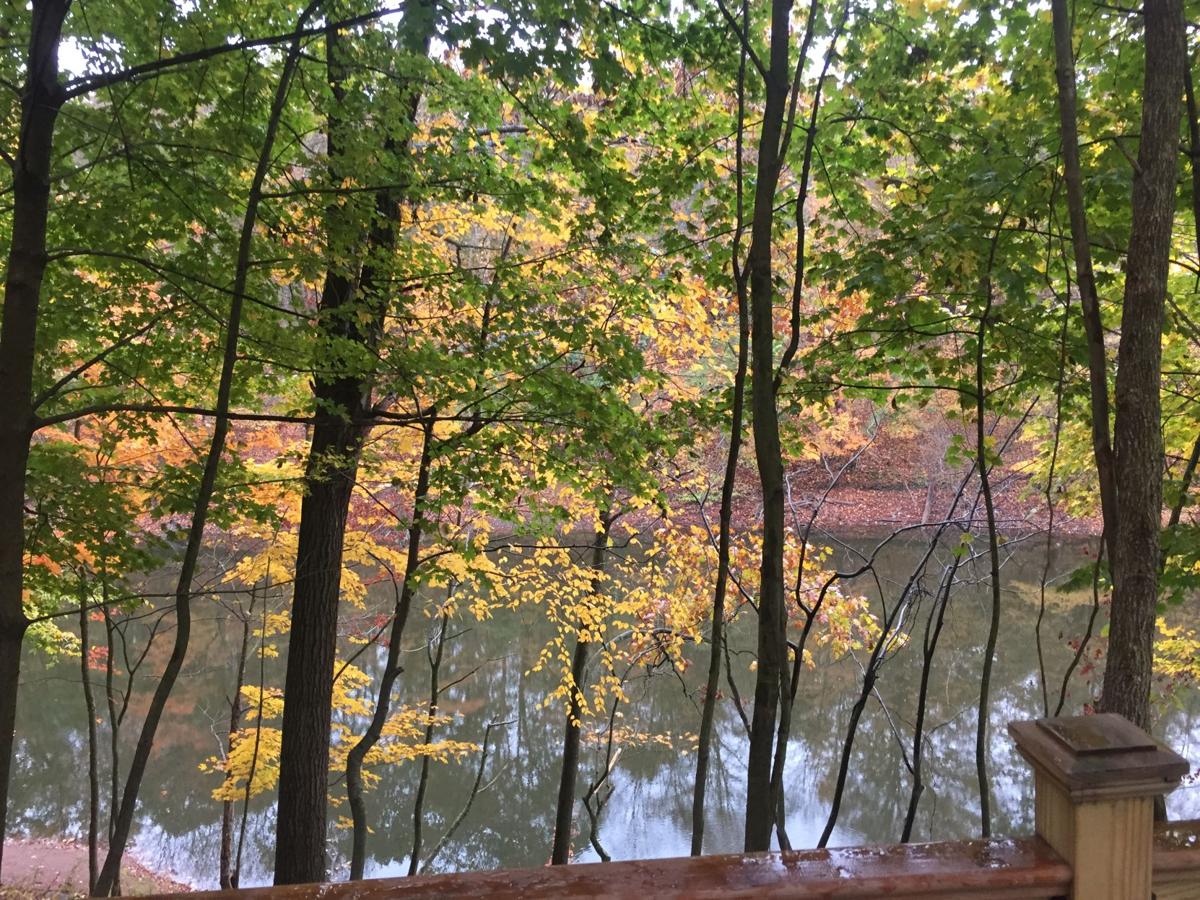 A view of the Youghiogheny River from near the main park entrance near Boston Bridge in October. 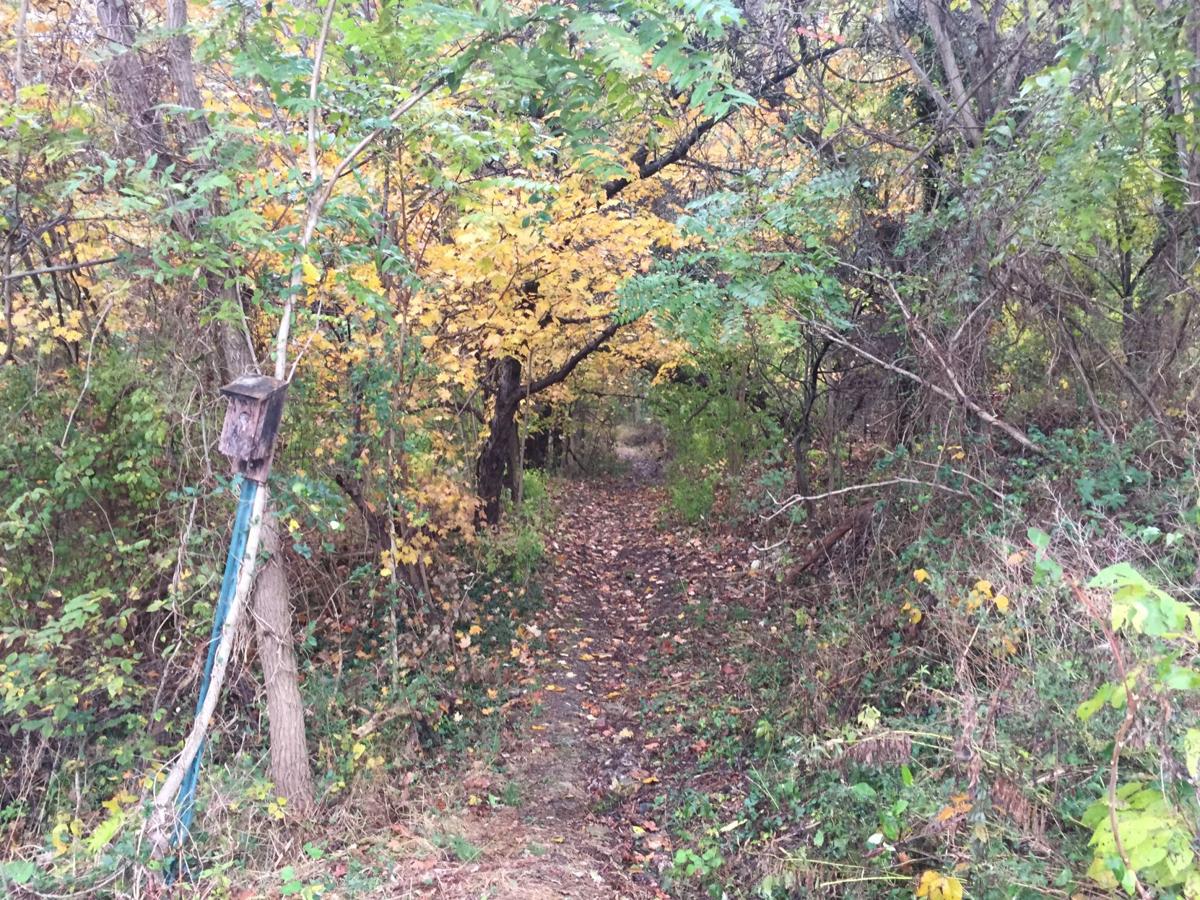 Colorful leaves form a canopy over much of the park’s miles of trails in the fall.

The woods near the Calhoun Road entrance to the park are shown here on an overcast day in early January.

Another view of a trail near Calhoun Road from January.

A view of the Youghiogheny River from near the main park entrance near Boston Bridge in October.

Colorful leaves form a canopy over much of the park’s miles of trails in the fall.

There are so many stories that could have given Dead Man’s Hollow its name that not even the owner is sure of the real one.

There are the boys who supposedly found a corpse dangling from a noose near the Youghiogheny River.

A store owner was shot dead there while pursuing robbers in 1880. The 19-year-old later convicted of the crime was hanged at the Allegheny County jail, pleading his innocence and denouncing his executioners as murderers with his last words.

In the same year, 1883, several workmen were killed or injured when they imprudently tried to thaw frozen explosives by their campfire.

A man fell off a ferry and drowned in the Yough in the 1870s. And there’s an unverified legend about a bank robber who killed his accomplice and hid the money in the hollow before police shot him dead as he came out of the woods.

There are even magical-realist fables of human encounters over the years with a gigantic serpent. Those could have been started as a rumor by moonshiners who wanted to keep everyone else away from their still.

“There are numerous stories, so it probably depends on which one you want to go with,” said Emilie Rzotkiewicz, vice president of land resources for the Allegheny Land Trust. The Sewickley-based nonprofit owns and manages the preservation area located outside McKeesport in Elizabeth Township and Liberty and Lincoln boroughs.

The 150-plus years of lore add a dimension of wonder to the tangle of woods and hills overlooking the Yough a few miles upstream from where it meets the Monongahela River. Wherever the facts end, the mystery hides in the same hundreds of acres that serve as habitat for blankets of wildflowers that bloom in the spring and some of the last interior forest left for certain bird populations in heavily developed Allegheny County.

In 1994 – two years before a chunk of the hollow became the land trust’s first purchase – it was identified as one of the most intact tributary valleys on the Yough.

The area owned by the trust in the hollow now covers 450 acres, according to a management plan commissioned by the group in 2014. That document – which draws extensively from writer Karen Frank’s “Dead Man’s Hollow: An Oral History and More…” – outlines the legends of the place, as well as its industrial history.

During the 19th century, the site was used for mining clay and quarrying sandstone and shale. Hikers can still visit the shell of a factory that made sewer pipes until about a century ago.

Torrential rain two summers ago resurrected clay tiles buried near where they were once made.

“It brought up a lot of those tiles and put them on the existing trails,” said Lenny Lucas, who has served as a volunteer to help maintain the trail system for the past five years or so.

Lucas is active in “Trail Tuesdays,” volunteer events held monthly between April and September. Even newcomers can learn about reading trails, efficient water drainage and other landscaping skills that Lucas, who lives in Baldwin, said he’s used on his own property.

The volunteers are helping the trust with plans to expand Dead Man’s Hollow trail system to 10 miles. Rzotkiewicz said there are eight miles of trails at present. She expected the last two miles to be completed this year.

The terrain is more difficult than that of the Great Allegheny Passage, the multi-state rail-trail accessible at the park’s main entrance. But for many, it serves as a nearby refuge from the densely populated Mon Valley and South Hills of Pittsburgh.

“It’s really nice to be back in there alone and with very few people on the trail,” said Lucas, a trail runner and avid mountain biker.

Hunting is allowed for those who obtain permission to hunt on the trust’s properties. Lucas doesn’t see many hunters, but suggested a common-sense precaution for those who don’t want to become the next “Dead Man’s” tale: “It’s never a bad idea to wear orange when you’re out there during hunting season.”

The state Department of Conservation and Natural Resources named the hollow a wild plant sanctuary in 2017. Kathy Frankel, DCNR recreation and conservation manager, said the agency has also provided grants to help the trust with buying land and adding to the trail program.

Frankel said the agency desires for everyone in the state have a trail within 15 minutes of their home.

She said the trust is “one of the strongest partners” in the region when it comes to that mission.

Beyond any single public-policy goal, Dead Man’s Hollow is an example of an ecosystem that reclaimed itself following a period of industrial use. Allowing that to happen isn’t the prevailing tendency in the Pittsburgh region, where the tentacles of routes 19, 22, 30 and 51 suck open more and more old woods and farmland to make way for suburban sprawl.

For Rzotkiewicz, the preserve shows “how nature can heal itself, and what something can become.”

“Just because something’s ugly doesn’t necessarily mean it has to stay that way,” she added. “It can become a real asset to the community.”