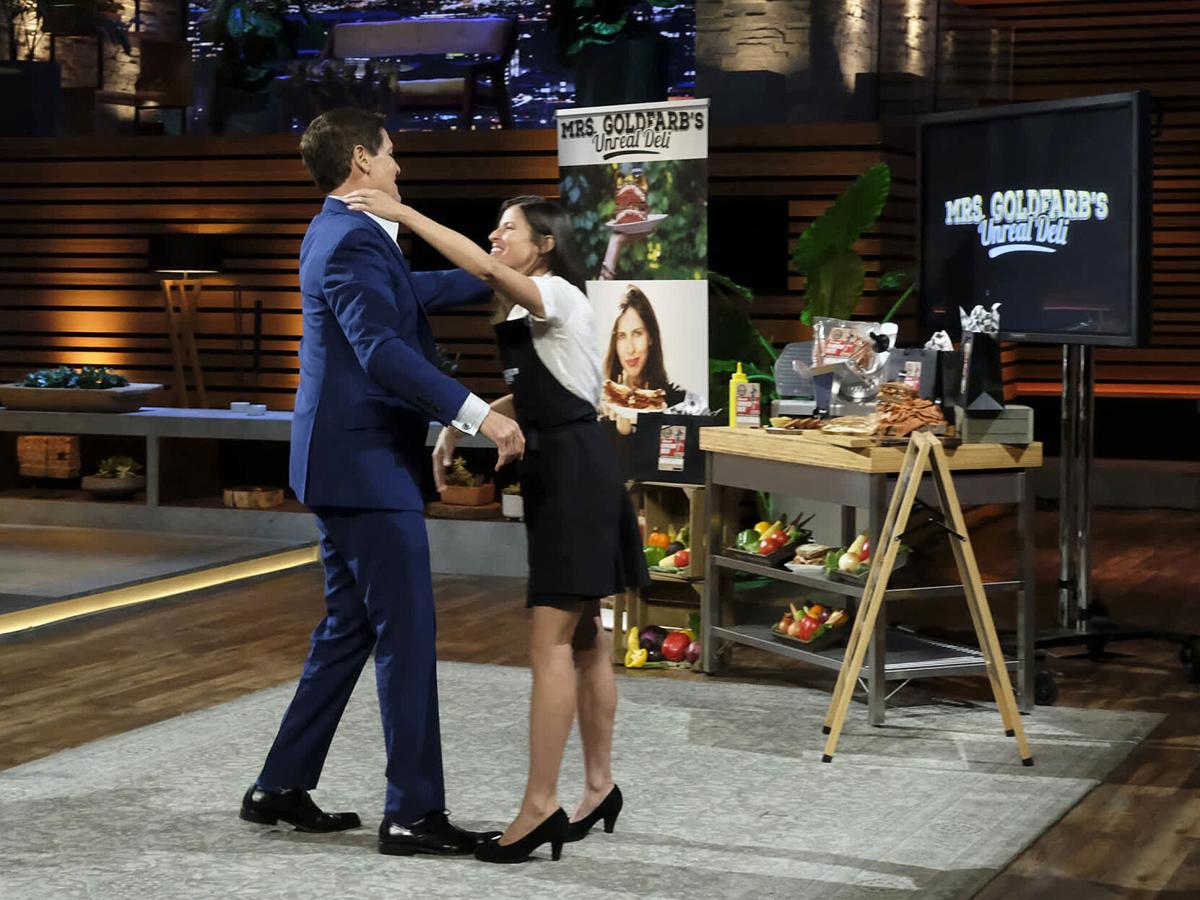 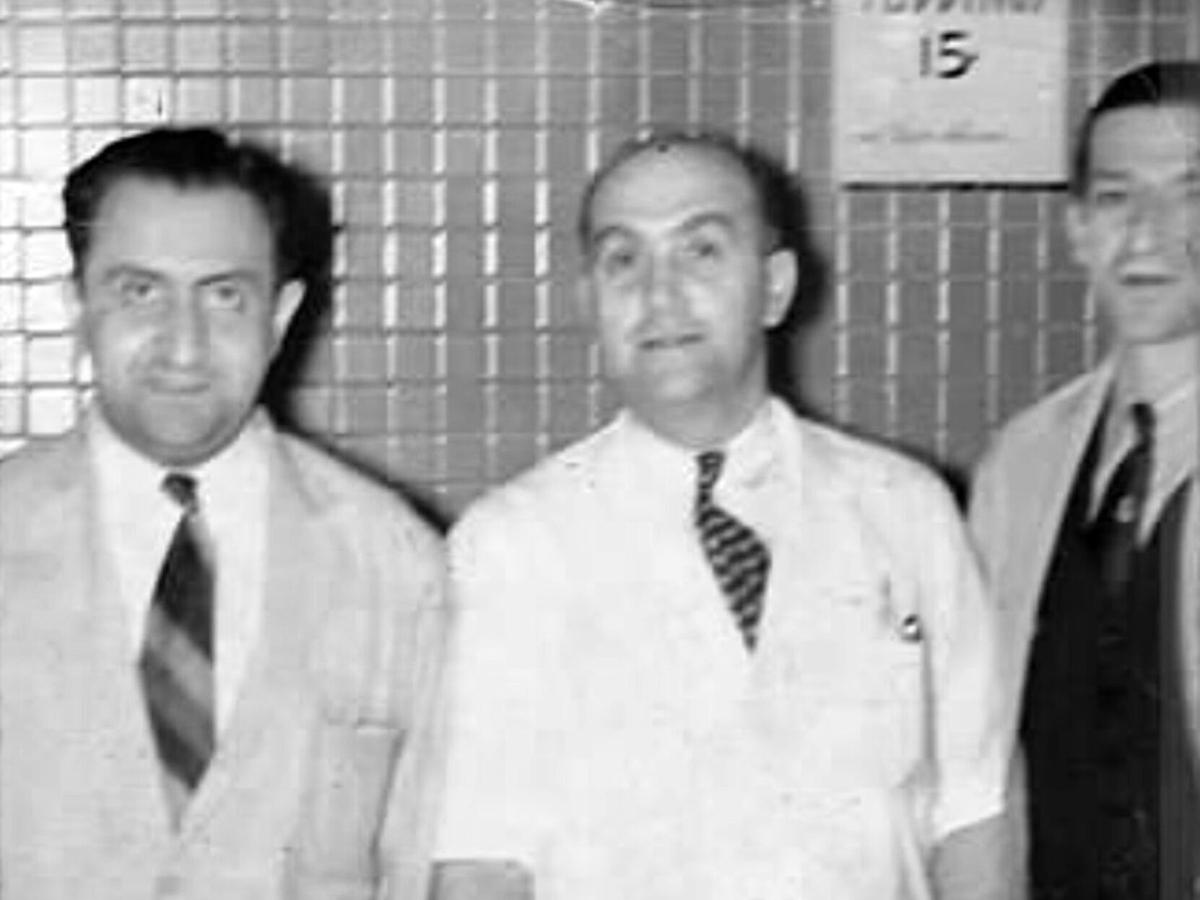 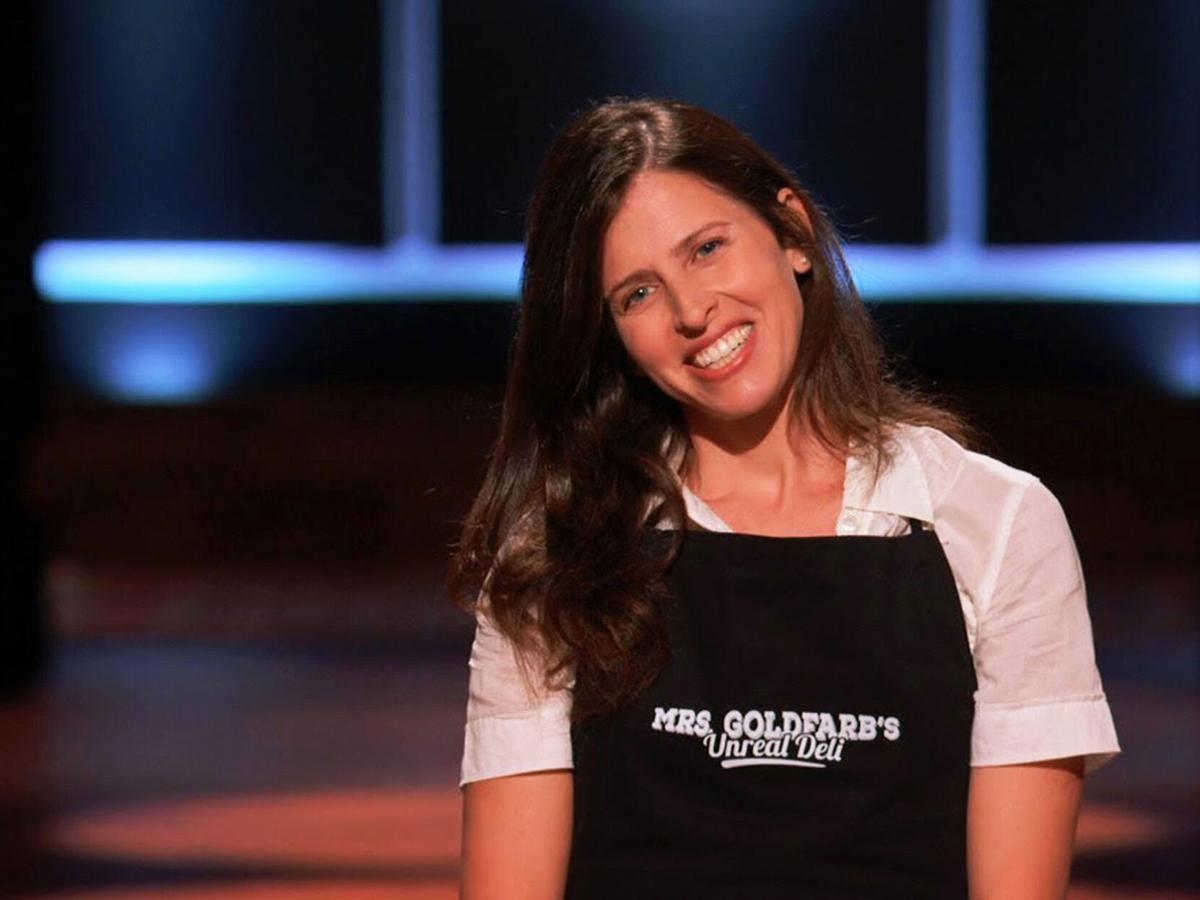 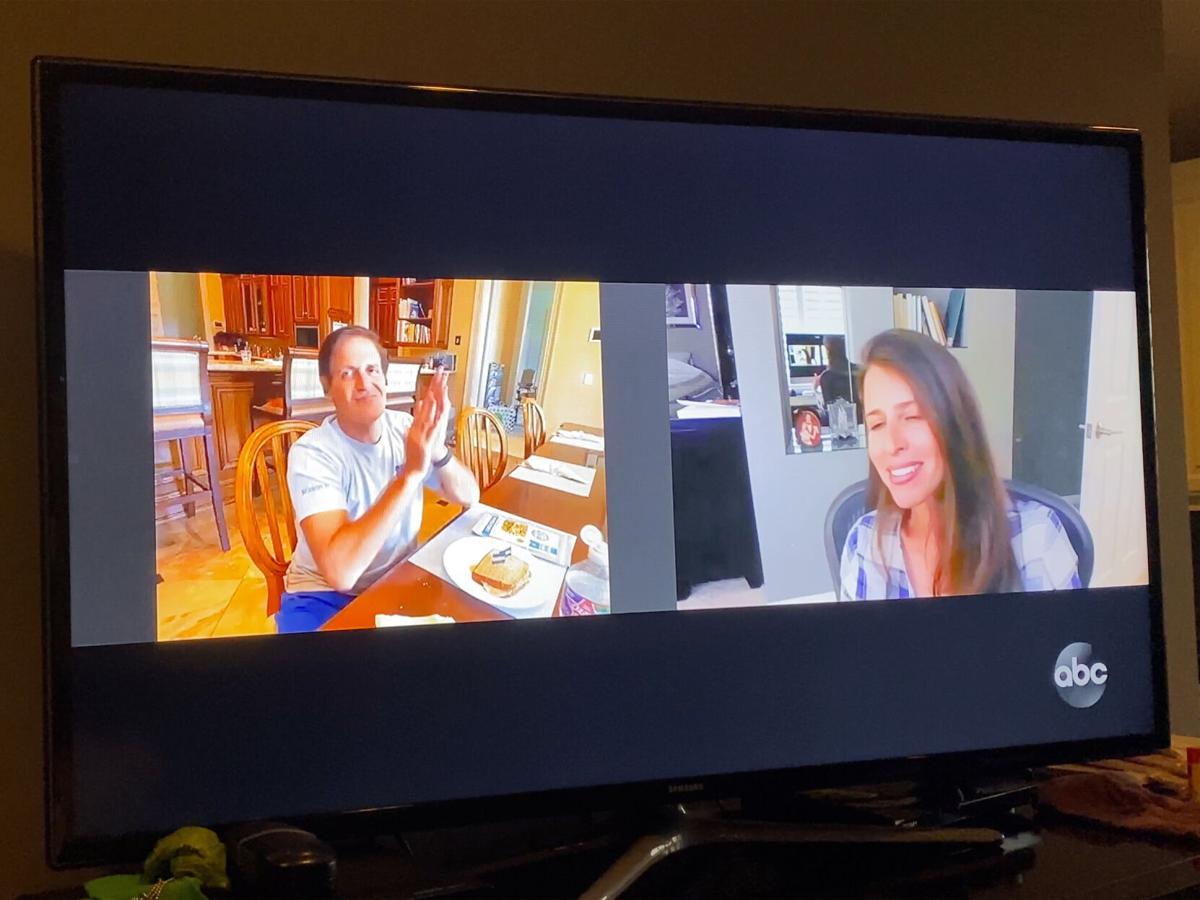 Mark Cuban applauds Jenny Goldfarb during a Zoom call, as featured on the “Shark Tank” followup to her original appearance on the ABC-TV series. 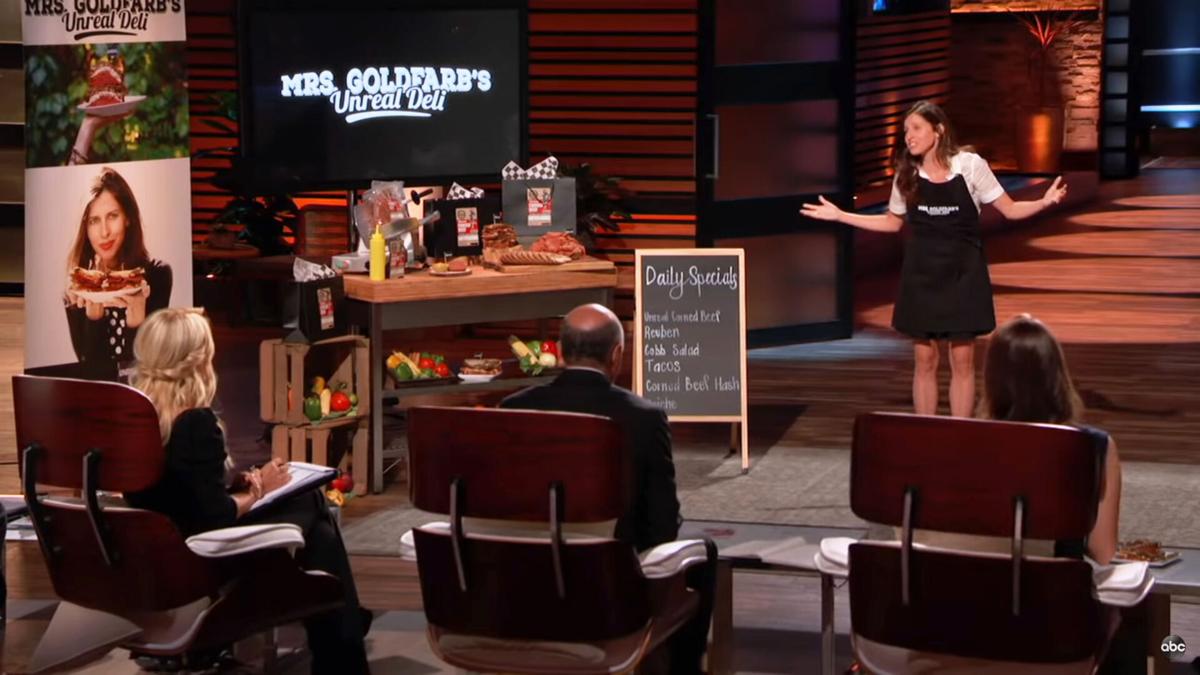 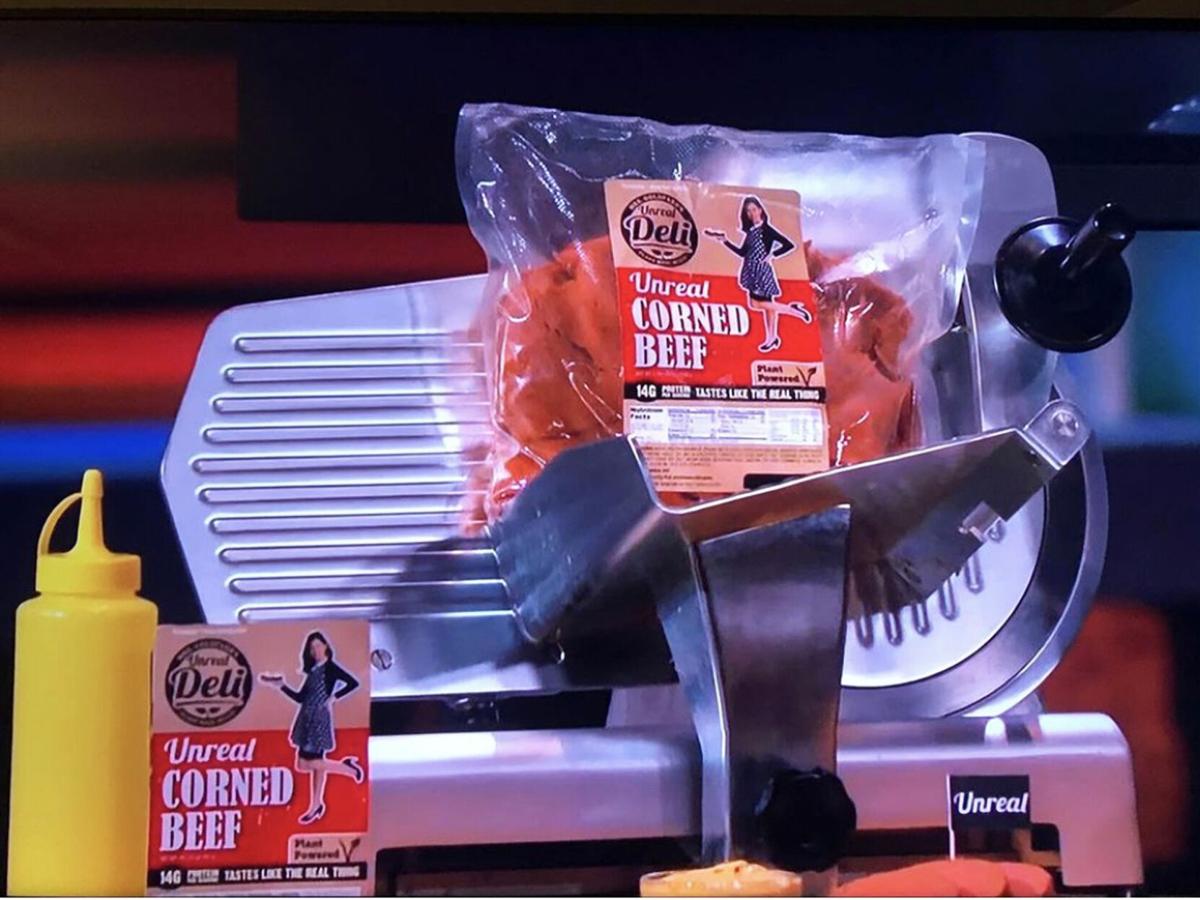 On the set of “Shark Tank” 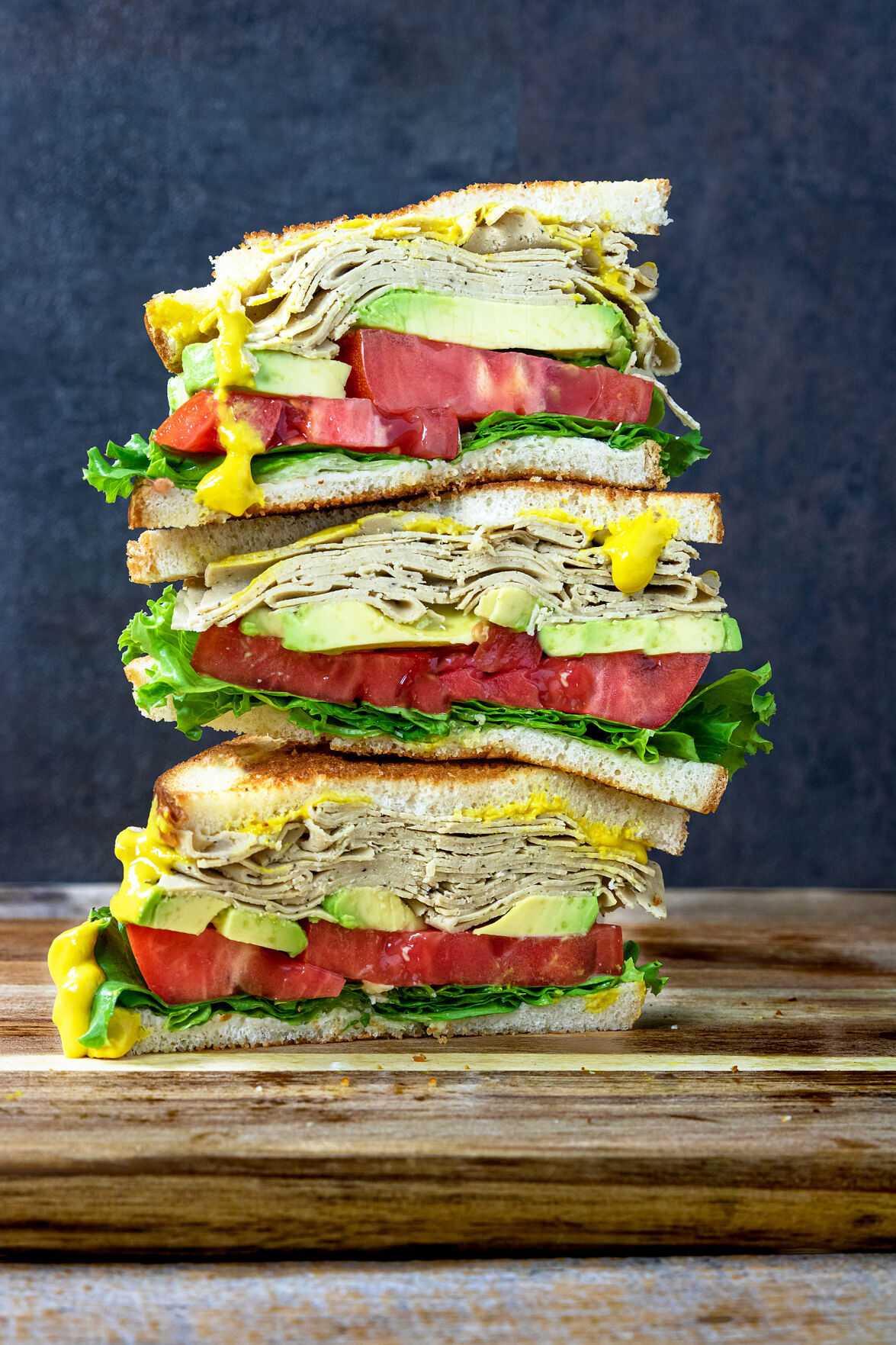 Oh, what you can do with Unreal Roasted Turk’y

Mark Cuban applauds Jenny Goldfarb during a Zoom call, as featured on the “Shark Tank” followup to her original appearance on the ABC-TV series.

On the set of “Shark Tank”

Oh, what you can do with Unreal Roasted Turk’y

Along with sharing a business venture, Mt. Lebanon native Mark Cuban and his “Shark Tank” beneficiary Jenny Goldfarb have the common heritage of tracing their roots to the central European nation of Romania.

And both can tell their own variations on the archetypal American success story.

Cuban’s starts with his age-12 entrepreneurial debut of selling trash bags and continues with triumph after triumph, including his role as one of the “sharks” on ABC-TV’s long-running show featuring investors mulling sales pitches.

“He didn’t speak English, was still a teenager, didn’t have his parents with him, so he got the first job he could get, which was as a dishwasher at a Lower East Side Manhattan deli,” she says. “Like the classic American dream – ‘Shark Tank’ dream, if you will – a decade or so later, he came to operate and own several delis and cafeterias on the Lower East Side.”

Fast-forward to the 21st century, and his great-granddaughter is embarking on her own food-based enterprise, Mrs. Goldfarb’s Unreal Deli, “unreal” in that she uses nothing but plant-based ingredients to replicate some of her family’s favorite sandwich meats.

“I started this the most humble way,” she recalls.

“I rented a tiny kitchen, was making it myself and washing the dishes myself.”

While apparently inheriting Morris Gross’ business aptitude, she also benefits from her engaging personality, which is on full display during her late-2019 appearance on “Shark Tank.”

Armed with plenty of practical information and, of course, product samples, Goldfarb has the “sharks” mulling the pros and cons of potentially backing her until one cuts through the kibitzing to pronounce:

That would be our man from Mt. Lebanon, and he proceeds to tell the Los Angeles mom.

And that was music to Goldfarb’s ears.

“Mark Cuban, you’ve got yourself a deal,” she said.

“When the show ended, I started working with Mark. Of course, he’s very busy and has hundreds of companies. But I email him every week. He always exchanged back with me,” she says. “And he has a team under him that I have a lot of access to, so that’s been beautiful.”

Cuban and company helped provide guidance when restaurants, Unreal Deli’s biggest customers to that point, had to close and later limit their operations because of COVID-19.

“We realized we needed to pivot to retail, to meet the customers where they were and not die as a company,” Goldfarb recalls. “Amazingly, we got it all together with the real specifics you need to enter the retail market, as you would imagine: lab work and certifications and crazy packaging specs. We figured it all out, little by little, and now we’re in about a thousand doors, grocers and restaurants, with many more to come.”

Although she said she grew up thoroughly enjoying “a New York deli corned beef sandwich on rye with a Dr. Brown’s soda,” Goldfarb since has taken a far different approach to what she consumes, becoming vegan after viewing documentaries about cattle farms and the like.

“So much cruelty goes on in these places,” she says. “Once you see just a little bit, it’s hard to unsee.”

She also considers the health benefits and the positive environmental impacts of cutting into the animal-based agriculture industry, such as conserving land, reducing greenhouse gas emissions and lessening the burden on water supplies.

“Either way, it’s a smoking gun that eating animals is causing all this bad stuff for us and the planet,” she asserts. “Why do we want that? We want to vote with our dollar more and more these days, and support industries that are doing the right thing, that are on the right side of history.”

Her business history involves coming up with something comparable in taste, shape and texture to traditional deli meats, and she does so by using beets, chickpeas and tomatoes, along with a complex spice blend and protein-rich grains. Featured products include Unreal Corn’d Beef, Roasted Turk’y, Chick’n Strips and Taco Meat Crumble, and Unreal steak slices are on the way.

“On top of our retail packages, we’re also coming out with a line of premade sandwiches on soft pretzel buns, and those are going to be available at universities, airports, prepared-food sections of grocery stores,” Goldfarb announces. “The sky is the limit. People want plant-based, and we’re here for the party, to serve the world’s best sandwiches.”

If all goes appropriately, that extends to serving them in Romania.