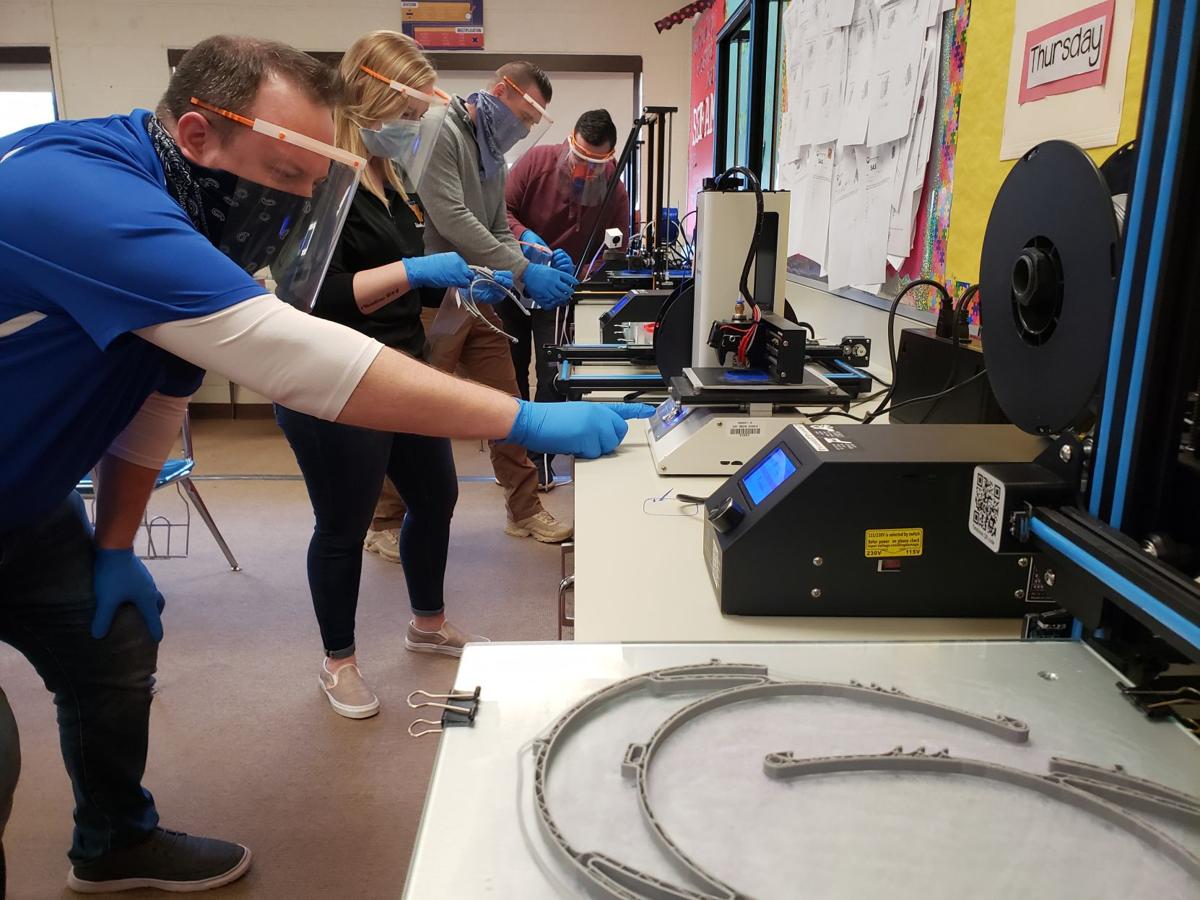 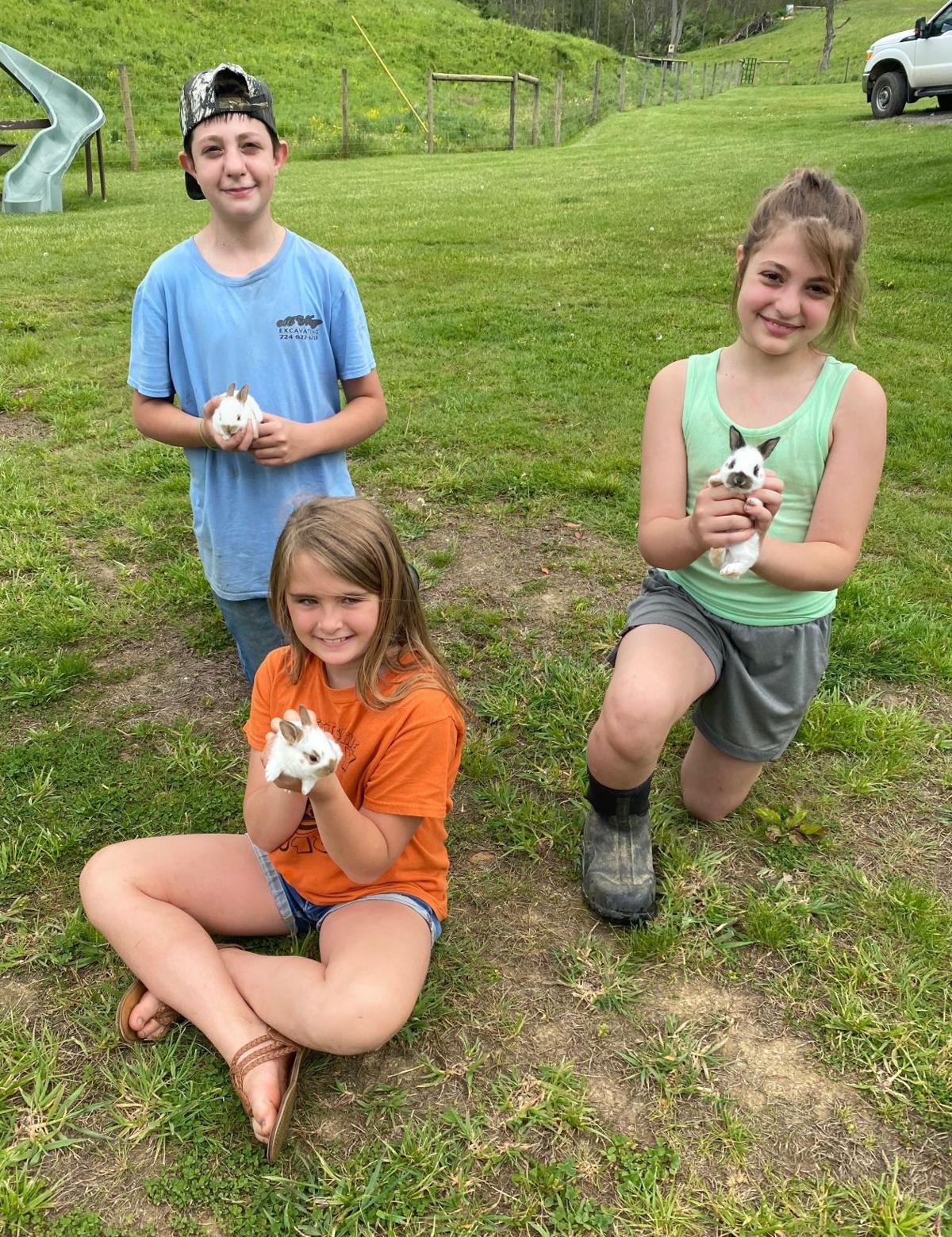 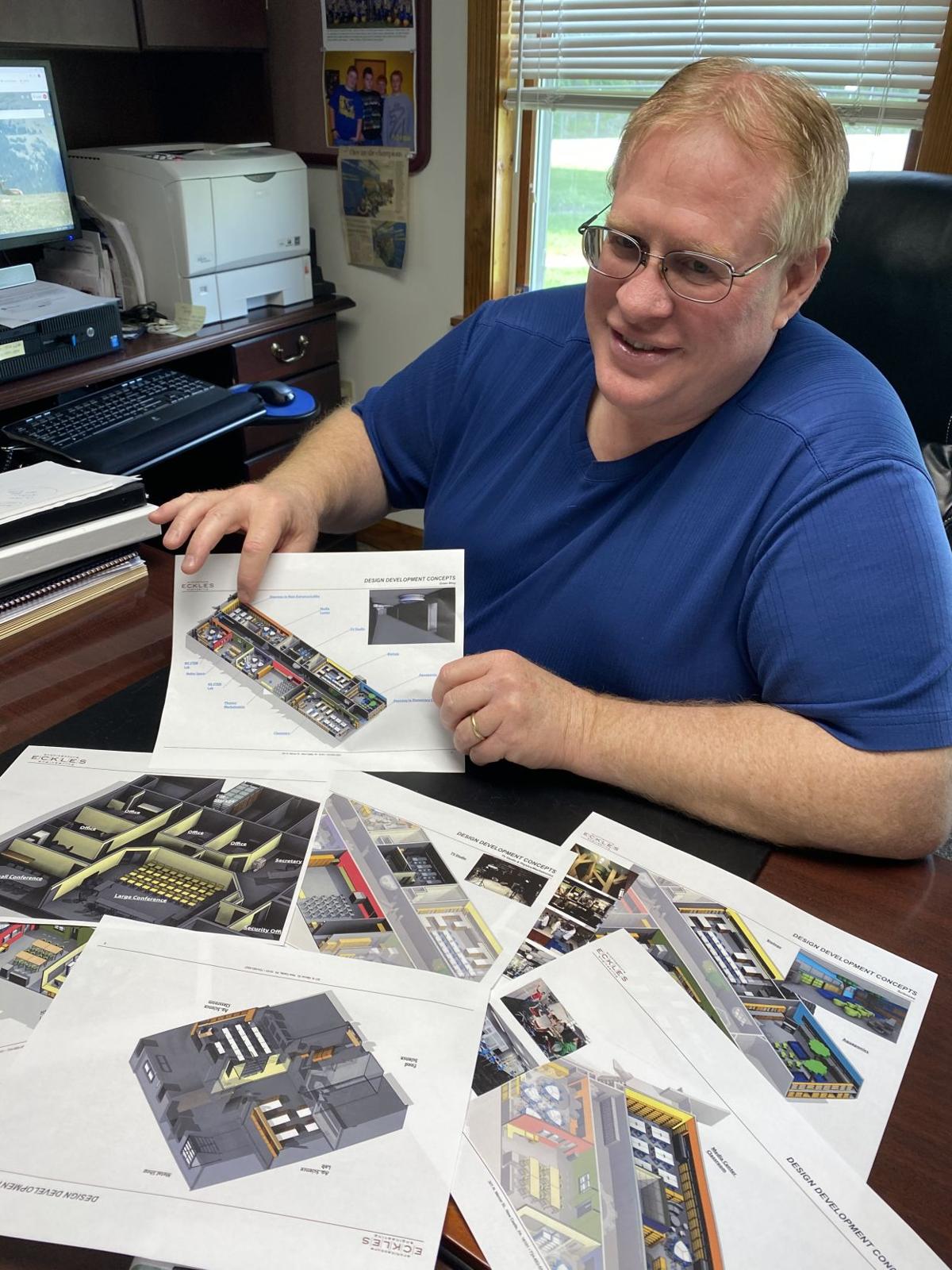 West Greene Superintendent Brian Jackson points to where the high school library has been relocated in the building’s remodel. 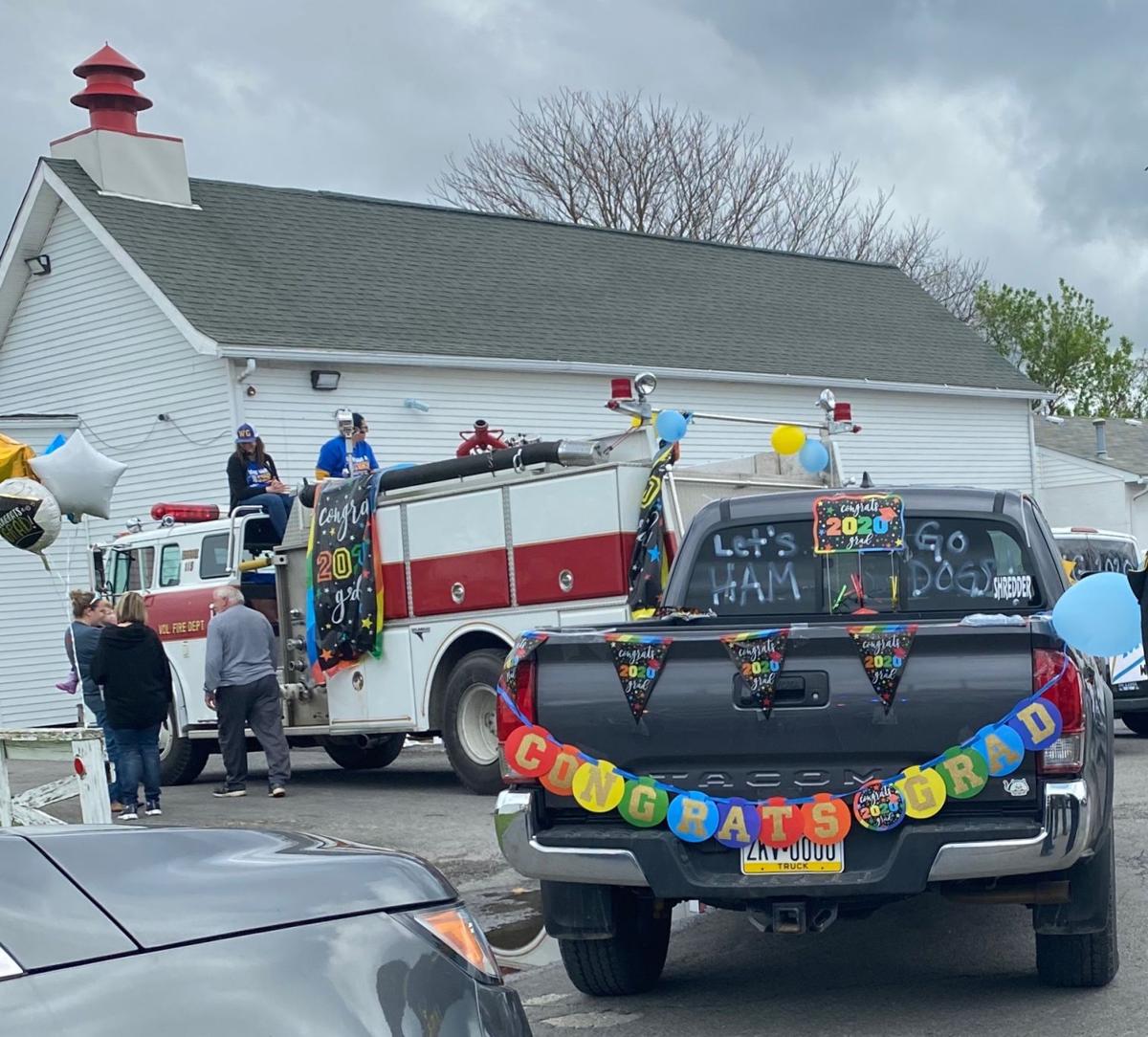 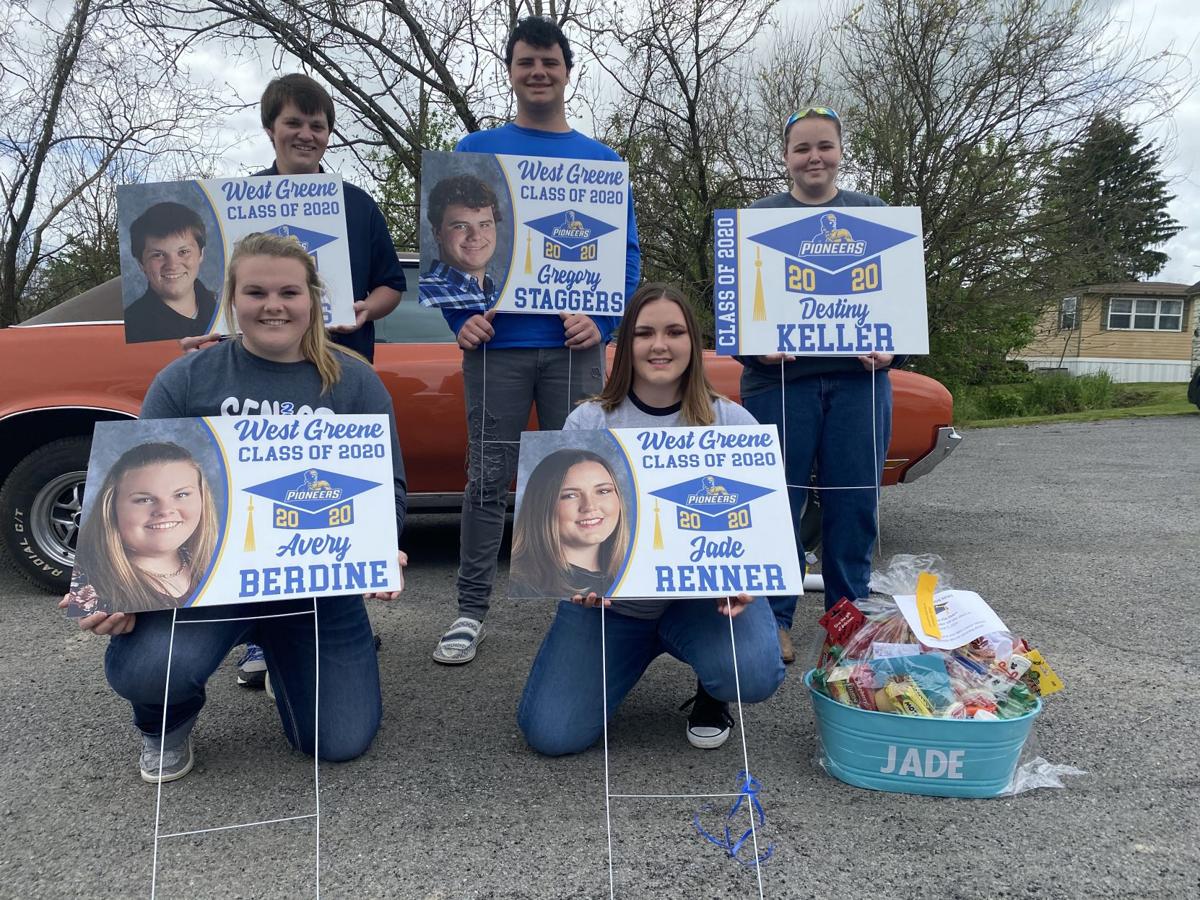 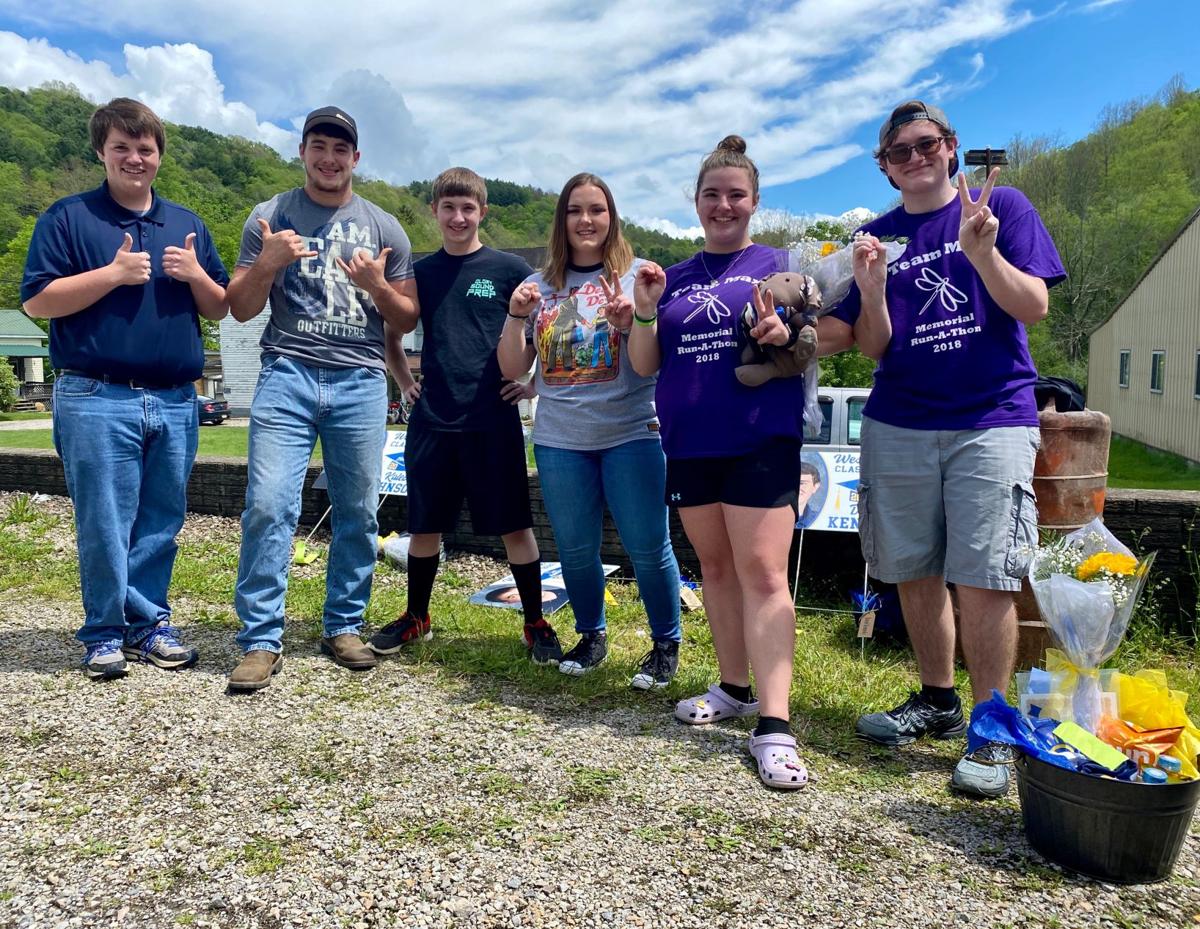 West Greene Superintendent Brian Jackson points to where the high school library has been relocated in the building’s remodel.

It was a Friday the 13th for the books.

Academic Director Eric Gaydos remembers pulling into the parking lot of West Greene School District campus on March 13 and glancing down at his phone.

He was just coming back from an emergency meeting at Greene County Career and Technology Center in Waynesburg. School superintendents had gathered to coordinate with the Intermediate Unit of Greene, Washington and Fayette counties and map out a plan for online schooling during the impending shutdown for COVID-19. Gaydos and others had left the meeting assuming there would be time to implement what they had decided, time to….

One glance at his phone told Gaydos that the time was now; word had just come down from the state Department of Education that students would be leaving school for the last time today.

“The busses were already lined up and ready to board.” Luckily, this information had already been delivered to the schools. So the busses would wait as the plan the district had developed on March 6 went into effect, with an efficiency that still makes Gaydos laugh in amazement as we talk on the phone.

What happened next owes a lot to the transparency, teamwork and cooperation this rural school district has cultivated in its ranks, from the superintendent’s office to the teachers, business office, school board, office workers and maintenance staff. For the last three years, bringing online learning to all grade levels has been the academic goal in progress. The pandemic would put that goal on overdrive as kids grabbed their lockers’ contents, grabbed their lesson packets and headed for their busses.

The students knew just what to do. “They went to their lockers, got their packets from their teachers, it was fantastic.” The staff did a sweep of the building to make sure everyone was out and called parents to say the busses would be late. “Then, we had a big faculty meeting.”

It was a hectic, amazing day, 7th-grade math teacher Shelly Carter Richardson agrees. “We didn’t know it would be that day, but we had most of our packets copied and laying out ready to go.” Math, she admits, is better taught with a teacher present. Still, after the first three weeks of “showing students how to turn on the microphones, how to get set up” on the Google Chromebooks the school made available to all students with internet access, “they got the hang of it. Some of these kids are my neighbors, so I’ve been looking in on them, talking to them, getting their books and packets when I go to the school. It’s working out. The parents are learning too, and I think everyone realizes the strengths and talents children have for learning outside of the classroom.”

I talked to history teacher Frank Hunter, who retires this year, a week after the shutdown, as students sent in their homework in, roamed the online lessons and joined him for Google Meets. “I usually leave at some point and let them talk among themselves.” He tells me that his honors 10th-grade history class is writing letters to friends about the pandemic as an assignment, and he will be asking them to write another letter for a final grade when the now cyber school year has ended.

Thinking about the history these students will live through and write about is what gave me the idea for this story.

When I see neighbor Angie Keener post a photo on Facebook of her nine-year-old daughter Jessica posing with her first gobbler, taken during turkey season in April, I figure it’s time for a phone interview with a third grader to see how cyber school is going. Doing schoolwork in her pajamas while eating breakfast is a definite plus, but she misses her friends. Her teacher, Mrs. Vensco, tells me that missing friends seems to be the biggest hurdle, but sleeping in isn’t affecting their work, and she does a weekly mental health check, asking each student how they’re feeling, spending online time with them. “I’m happy with the way it’s going,” she tells me. I hear her child in the background, and we both laugh. Everyone is pulling double duty these days.

The first batch of letters from Mr. Hunter’s 10th graders, written a week into the shutdown, are schoolbook accurate on cause and symptoms: a little bit worried about what comes next and sometimes irate and sometimes funny as only a sophomore can be.

“Hello there comrade. …Because I know you’ve been living under a rock let me inform you of the official end of the world.”

“Welcome to 2020 where Coronavirus has taken over our lives and left us in fear.”

“I feel that this virus should be taken seriously for the sake of everyone’s family; no one wants to be the reason their newborn baby is sick or the reason their grandparents are sick…” “You should always carry around a hand sanitizer that is at least 60% alcohol.” “I just spent $400 on a prom dress and now Prom might be cancelled!! “”Everything is closed and there is a global shortage of toilet paper. I have been trapped in my house for a week now and I’ve run out of DVDs to watch. I am so incredibly bored.”

As the world shares stories of being homebound and essential workers keep pace with the jobs that need doing, new realities creep in. Some are making masks for neighbors and friends who must venture out to shop. Churches volunteer to shop for the elderly, and Blueprints RSVP volunteers deliver frozen and dry meals instead of daily hot lunches to qualifying shut-ins weekly. At West Greene, a new order of learning is being constructed in the high school wing of the building, along with some 21st-century essential work to help the cause.

“We got a team together and used up the material we had on hand to make face shields and ear savers on the 3D printers for first responders,” high school Principal Scott Sakai tells me in a conference call. One student made them at home on his own printer. “We made nearly a thousand face shields.”

Greene County’s coronavirus count is low, and the number of days between code red to code yellow is dwindling. Mask on, I make it to Superintendent Brian Jackson’s office to catch up on how this school year is going and learn about the significant changes that are in the offing for fall.

The district’s summer lunch program started when students were sent home in March, Jackson tells me. It is feeding 230 kids a day from satellite sites in New Freeport, Nineveh, Wind Ridge, Graysville and the district campus and will continue after the school year ends.

The 21st century is in full swing, curriculum wise. High School is now all about STEM – Science, Technology, Engineering and Math. Add the A for the Arts and you have STEAM.

Three years ago, when Frank Hunter began using the Google platform with his history classes, Jackson took note. “When teachers come up with something, we jump on it.” The week after the shutdown, “we trained our staff on (using) Google Platform and paid for the certification.” This hybrid classroom learning combines reading and writing with the structure of learning online and interfacing with the teacher both in and out of the classroom.

Taking advantage of the extra work time that the virus granted, building remodeling began as soon as students left in March. The library moved and is now part of the Science and Technology wing as a research center. Classrooms are new age, with plenty of room for social distancing and all the latest technology. Next year, classes will alternate a day at the school with a day of distance learning at home that will limit face-to-face classes to ten students. A Freshman Ready course offered in conjunction with Marshal University, Huntington and College 101 through Piedmont College, Fairmont, will start this fall.

Matt Snyder has been hired to put the mechanization into the Vo-Ag courses on construction and electrical work and welding – students will have a plasma cutter to work with. The Ag-Science classroom has been upgraded with a kitchen for meat processing, and horticulture and floral have been added. A robot planter will allow students to program its farming grids for planting, weeding, watering and fertilizing.

A week later, I catch up with the balloon and banner studded graduation parade of vehicles when it stops at the Wind Ridge Fire Hall to honor the graduates who live in that part of the district. Seniors have all been adopted, and their gift baskets overflow with their favorite things purchased by the school and their proud foster parents. The convoy honks and hollers its way down State Rt. 21 then picks up Aleppo Road for the long and winding drive to the Warrior Trail and then a right on State Rt. 18 to New Freeport and then back to the West Greene Campus for a code yellow party in the parking lot.

At the fire hall in New Freeport, I hear Deshaylah Bissett exclaim, “Look! I got a hundred dollar gift card for books for next fall from my foster mother! I think I’m going to cry!”

Back at my computer, I log into Frank Hunter’s classroom to read the last of the second letters his students have turned. There I find quotes that turn what they’ve experienced – and learned – since March 13, into a postcard to posterity, original punctuation included. Thanks, Mr. Hunter!

“To whomever is reading this:”

“Facetime is not the same as seeing people in public.”

“In the middle of this my grandfather passed away….” “I’ve been working out so much more and eating more healthy. It’s really helped with my body structure but also I’m less crabby than usual…” “I’ll admit it’s different learning like this. I’m trying hard to make it work.” “I’m excited that school is almost over so I can rip my quads and my dirt bike all day every day.” “After running out of Hot Pockets and Bagal Bites I actually have to cook something. You can bet you’re invited to my summer starting barbecue. Meanwhile that lawn mower is calling my name.”

“Anyway I hope you are staying safe during this stupid virus.”

Sincerely, A complicated, worried, but grateful, and maybe even a little confused teenager.