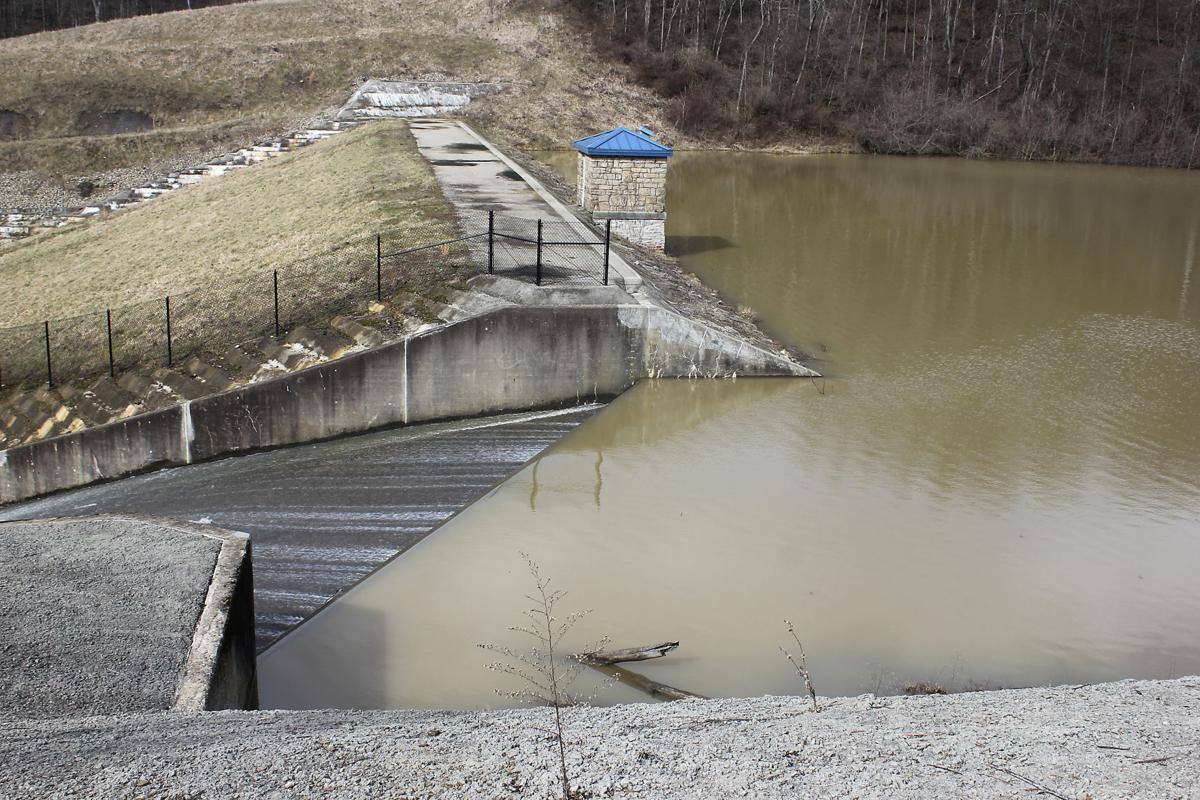 The dam and spillway at Wisecarver Reservoir. 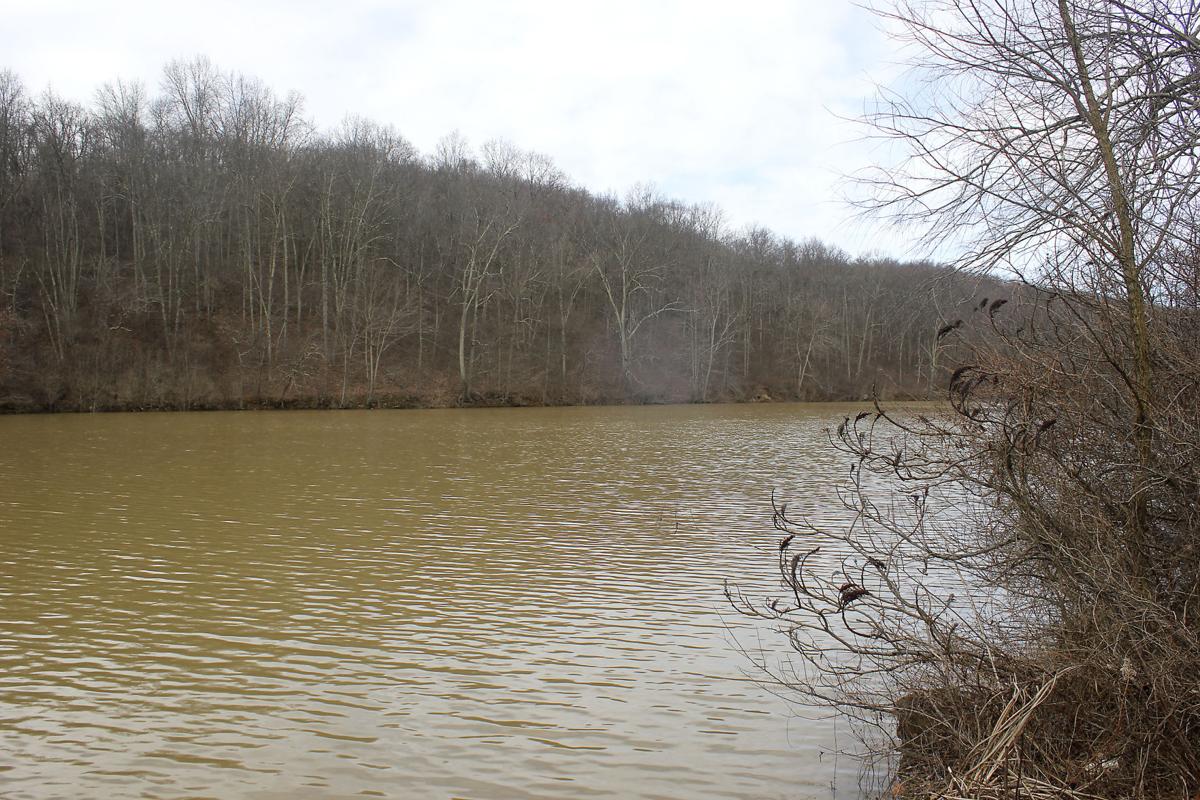 Wisecarver Reservoir is surrounded by trees – the only trails are from deer and four-wheelers. 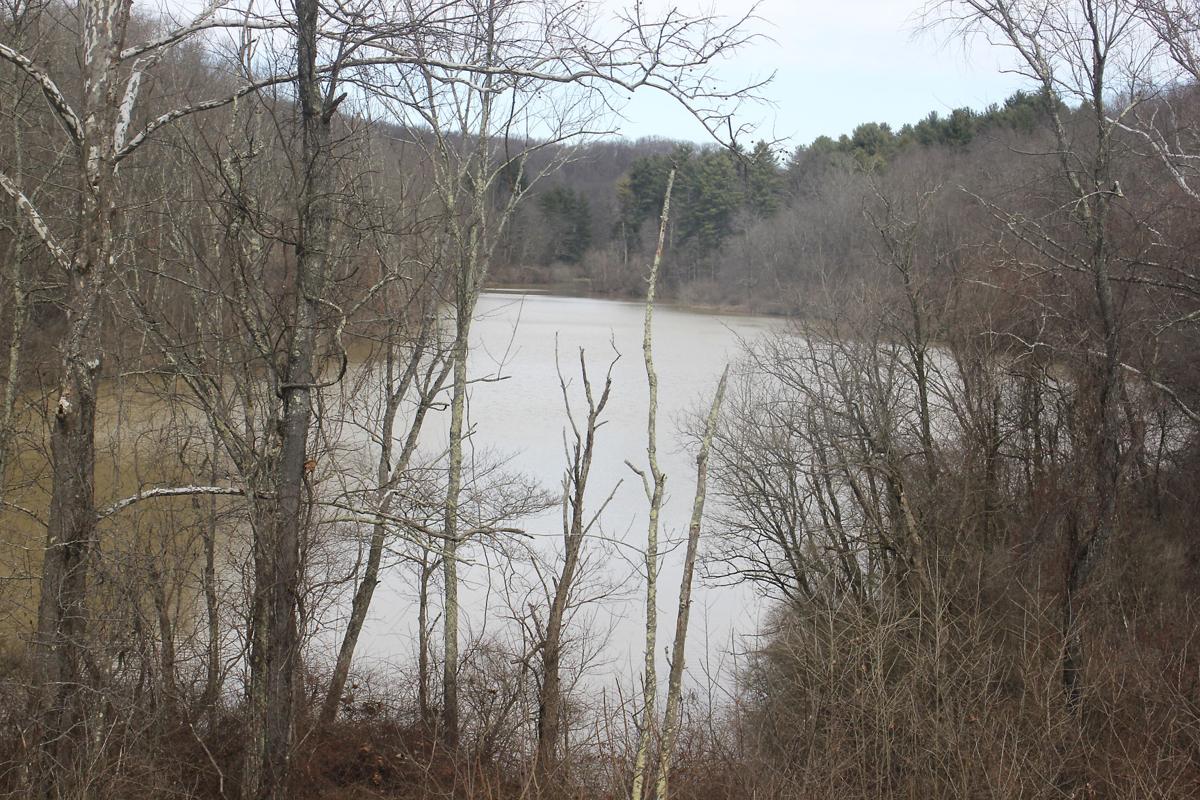 The Wisecarver Reservoir in Franklin Township. 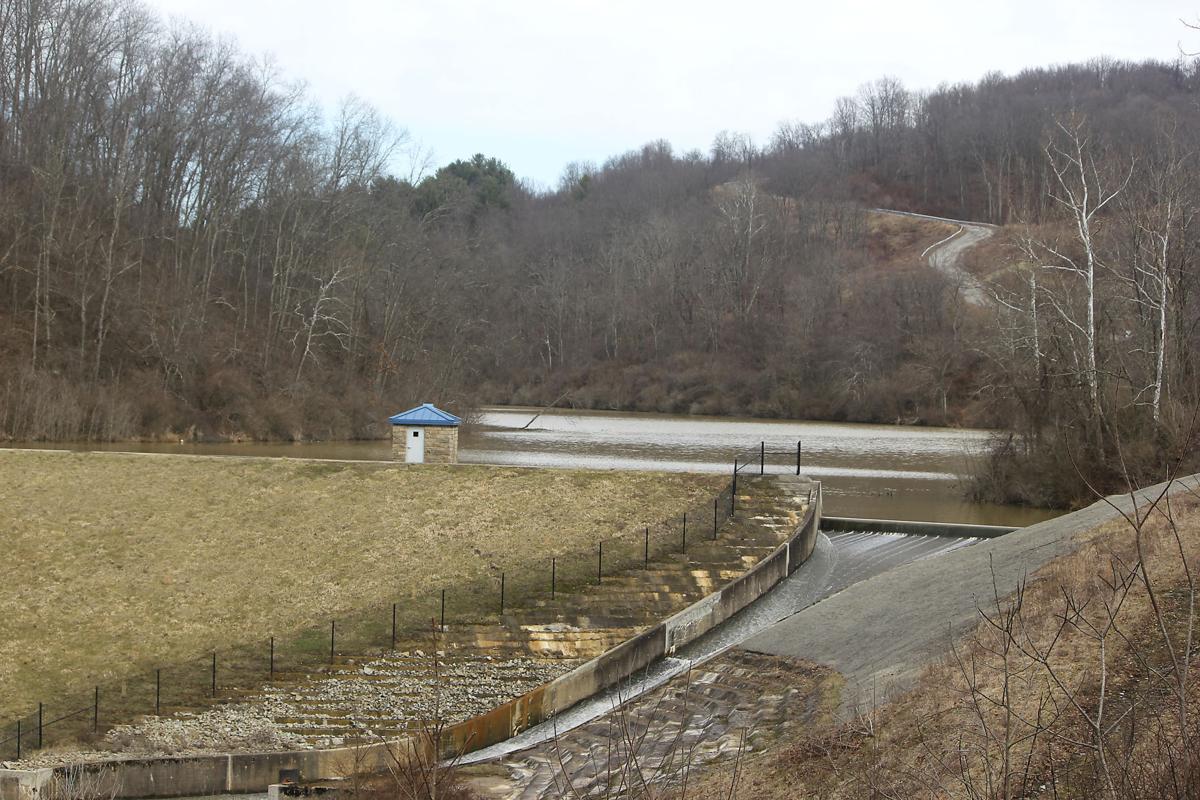 The dam and spillway at Wisecarver Reservoir near Waynesburg 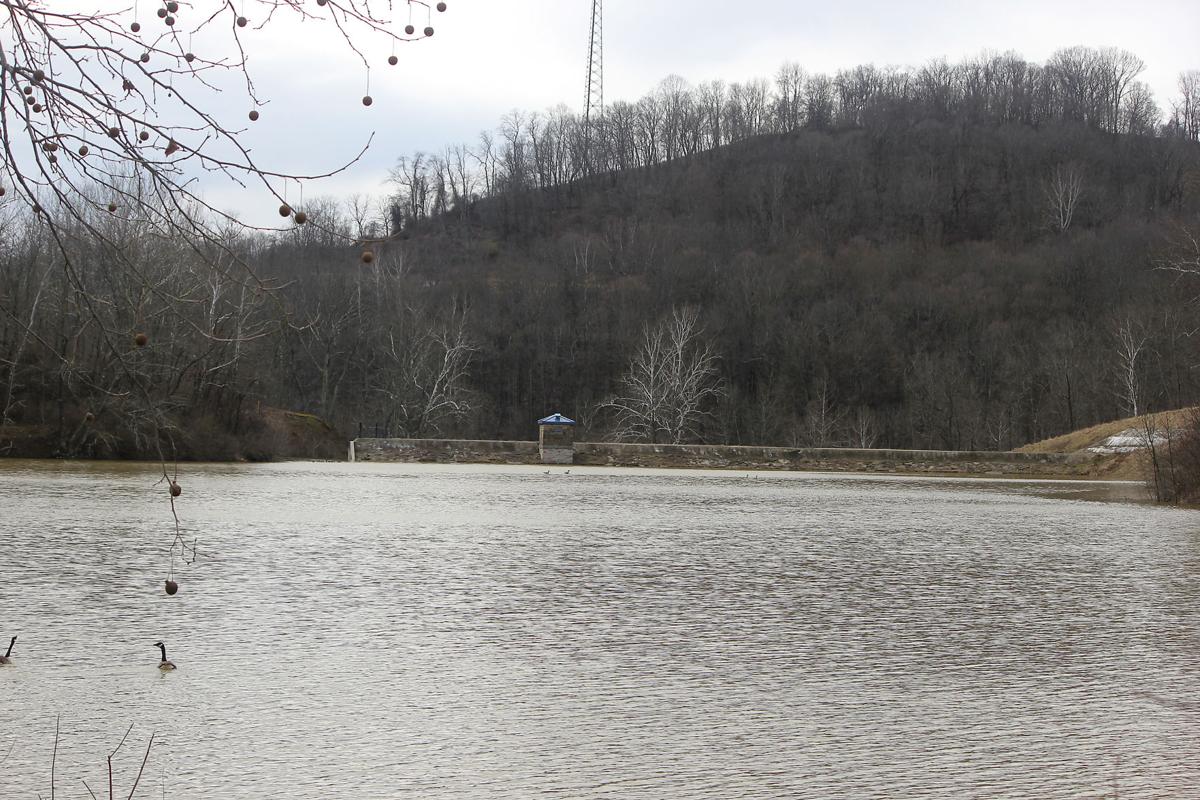 The dam at Wisecarver Reservoir. 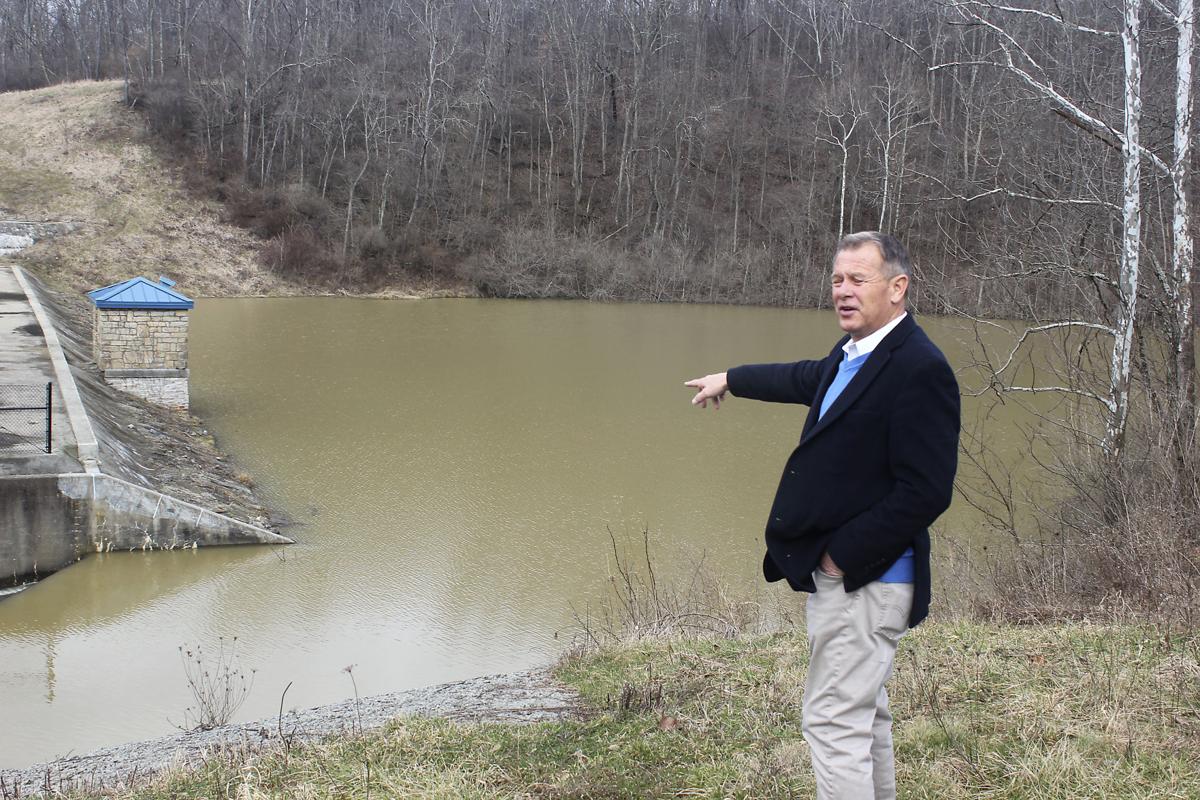 The dam and spillway at Wisecarver Reservoir.

Wisecarver Reservoir is surrounded by trees – the only trails are from deer and four-wheelers.

Only a few miles west of Waynesburg, the Wisecarver Reservoir in Franklin Township remains secluded and fairly undeveloped.

“There’s nothing really there, just woods,” says Greene County Commissioner Blair Zimmerman, who recalls swimming and fishing in the 18.5-acre reservoir as a youth back in the 1970s.

The lake itself is easily accessible only in the areas where trees were cleared several years ago to make repairs to the dam. The property remains off the beaten path.

“It’s nice, but rough,” Zimmerman says. “It’s just a lake surrounded by woods; the only trails are deer trails or those maybe created by four-wheelers.”

Plans have been discussed for about a dozen years to develop the 360-acres of land surrounding the reservoir into a recreation area to increase outdoor opportunities for county residents. Initial plans to develop the park, prepared following the loss of Duke Lake at Ryerson Station State Park, were eventually shelved. In June, 2016, however, the county entered an agreement to lease the property from its owner, Southwestern Pennsylvania Water Authority, with the idea of developing it for recreation.

“For now, we’re going to take baby steps,” he says. “Initially, we hope to get some trails in there and also a boat launch for canoes and kayaks so people can come there and fish.”

The Wisecarver Reservoir was created with the construction of a dam on Wisecarver Run in 1931 by the Waynesburg Water Co. The company was purchased by the Southwestern Pennsylvania Water Authority in 1967. After extending new water lines to Waynesburg, the authority stopped using the reservoir for a water supply in the early 1990s, according to Joe Simatic, the authority’s former manager.

“It was just excess property to the authority; it had nothing to do with us producing water anymore,” Simatic says. The authority maintained the reservoir, keeping the property open for fishing under an agreement with the Pennsylvania Fish and Boat Commission.

In late 2005, the Ryerson Station-Duke Lake Task Force, seeking a temporary replacement for the loss of Duke Lake, approached the authority about developing Wisecarver into a park. The thinking was, Simatic says, “Why not make this into a recreation area to ease the sting of Ryerson being out of commission.”

Several months later, however, in December 2005, the authority was forced to partially drain the reservoir after an inspection revealed stone gabion, placed on the downstream slope of the earthen dam to prevent erosion should the dam overflow, had begun to move. Despite new problems with the dam, the authority and task force agreed to continue planning to develop the area into a park while seeking state grant money to make required dam repairs.

In July 2009, a park master plan was revealed, showing development primarily at the southern end of the property where the land is level and easily accessible from the highway. The park would include ball fields, picnic areas, camping sites, a boat launch, concessions, restrooms, environmental learning center and pavilions. A walking trail would encircle the lake and two cross country tracks would run through the park.

That same year, the authority received a $2.4 million state grant to repair the dam.

Work on the dam began in 2011 and was completed the following year; however, restoring the lake took longer than expected because of repairs needed to a drain beneath the dam and the lengthy tests required to ensure water was not infiltrating ground beneath the spillway.

Interest in the park project also waned as the economy had struggled and corporations expected to contribute funding tightened their belts and the authority and local governments became reluctant to assume the burden.

After obtaining a 99-year lease on the property from the authority about a year and a half ago, the county applied for a grant from the state Department of Conservation and Natural Resources to begin developing the property for recreation.

“We missed out in the first round (of funding),” Zimmerman says. “We’re hoping to get in on the second.”

The county is seeking a $289,927 matching grant to develop hiking and cross country trails, a trail head, pedestrian footbridges and a parking area at the site.

“We’d like to do the trails and then see what happens after that. But that (development of the trails) would be a start to making this a recreation area,” Zimmerman says. “Down the road we’d like to see picnic areas, a boat dock and other things.”

The county has met with the Fish and Boat Commission about again stocking fish in the reservoir, Zimmerman says.

It also has been working with the Waynesburg Girls Softball Association, which approached the commissioners in October seeking help in finding a site where it could develop several ballfields. After meeting with the group, the commissioners directed the county engineer to provide a proposal to survey the reservoir property to determine the best locations for the ballfields.

The association has formed a non-profit and plans to begin fund raising to construct fields as soon as the survey and other necessary work, including permitting, is completed. “We’re kind of anxious to get everything in place so we can begin moving dirt,” association vice president Danielle Kerr says.

Zimmerman says the county is committed to the project. “If we get some grant money and maybe spend a little of the county’s Act 13 money, we can take care of it little by little,” he says. “It has a lot of potential. Right now, I’d say it’s really a diamond in the rough.”

Bob Niedbala has worked as a general assignment reporter for the newspaper for almost 30 years in the Greene County bureau. He received a bachelor’s degree in English from the University of Pittsburgh.