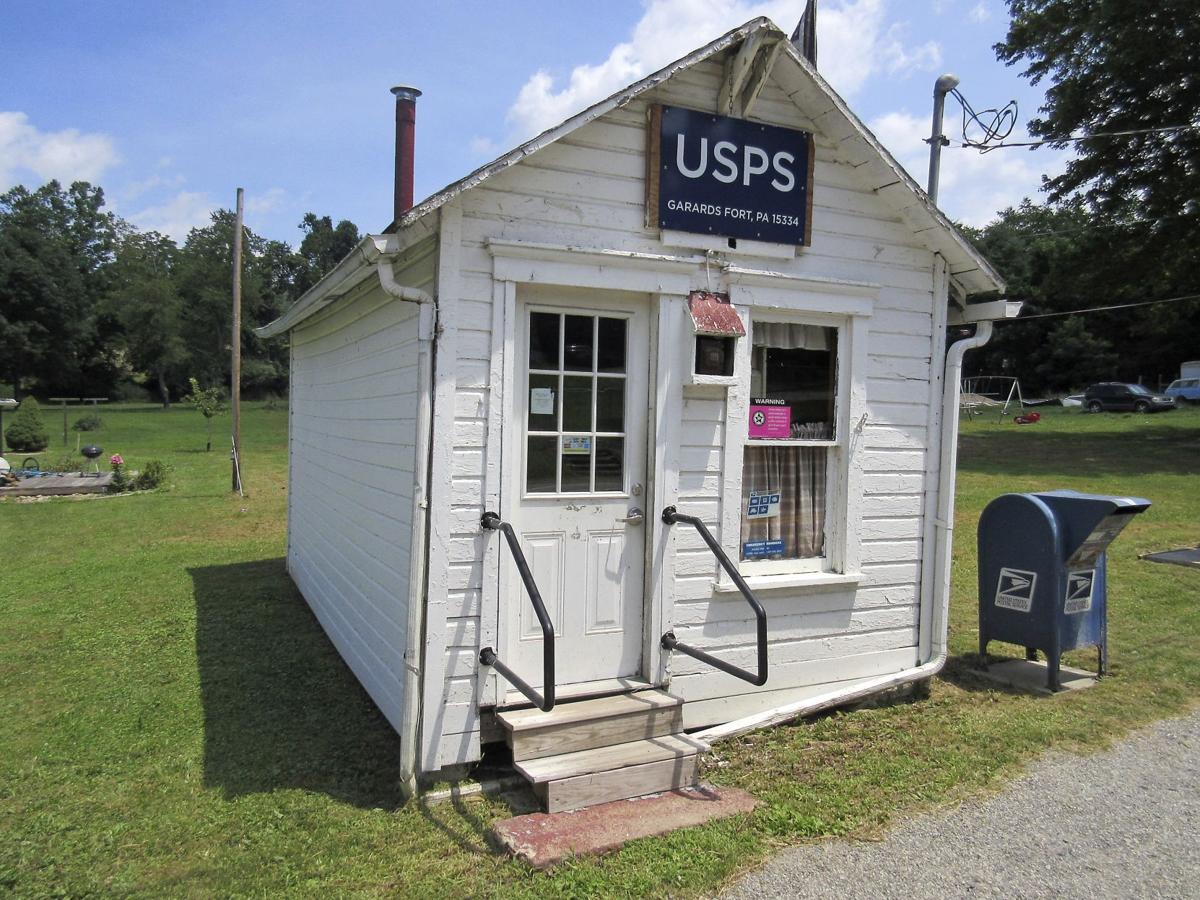 The smallest standalone post office in Pennsylvania is located in Garards Fort inside a building that was constructed in 1942. 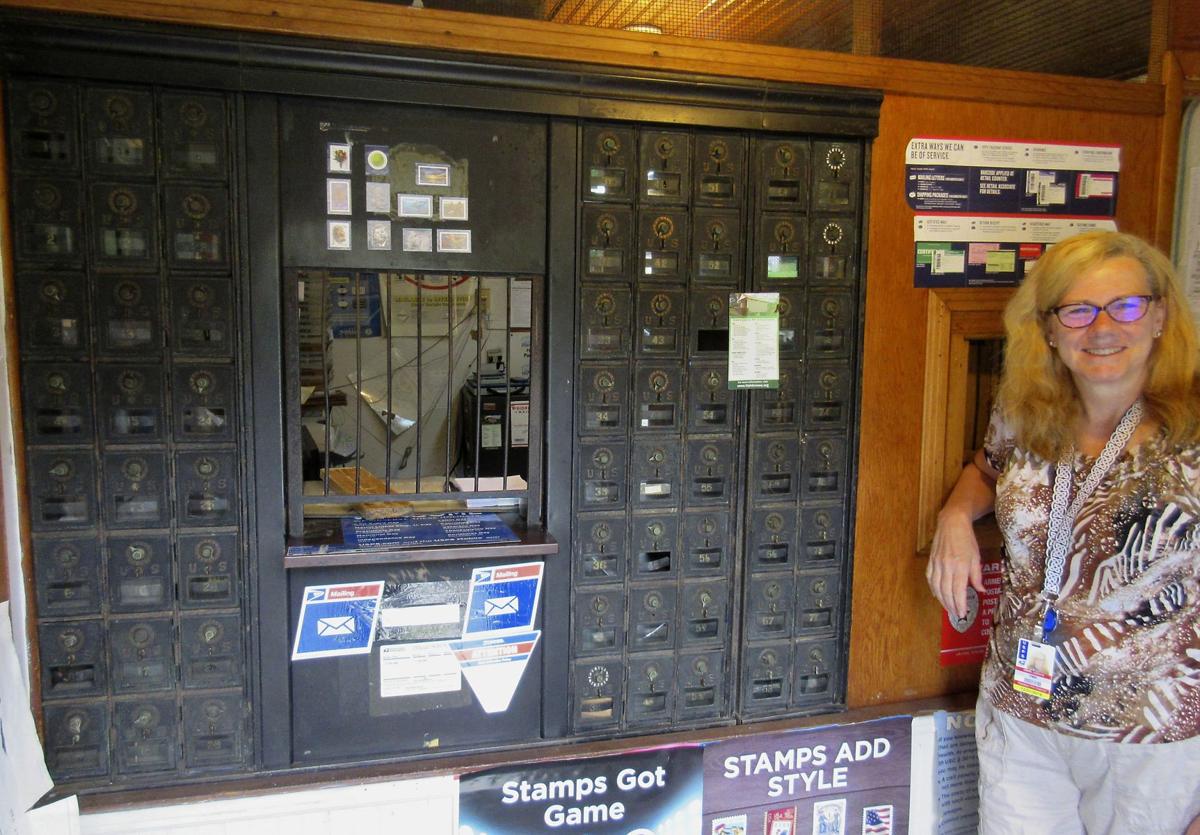 Judy Grimm has been the “postmaster relief” for the past six months at the Garards Fort Post Office. 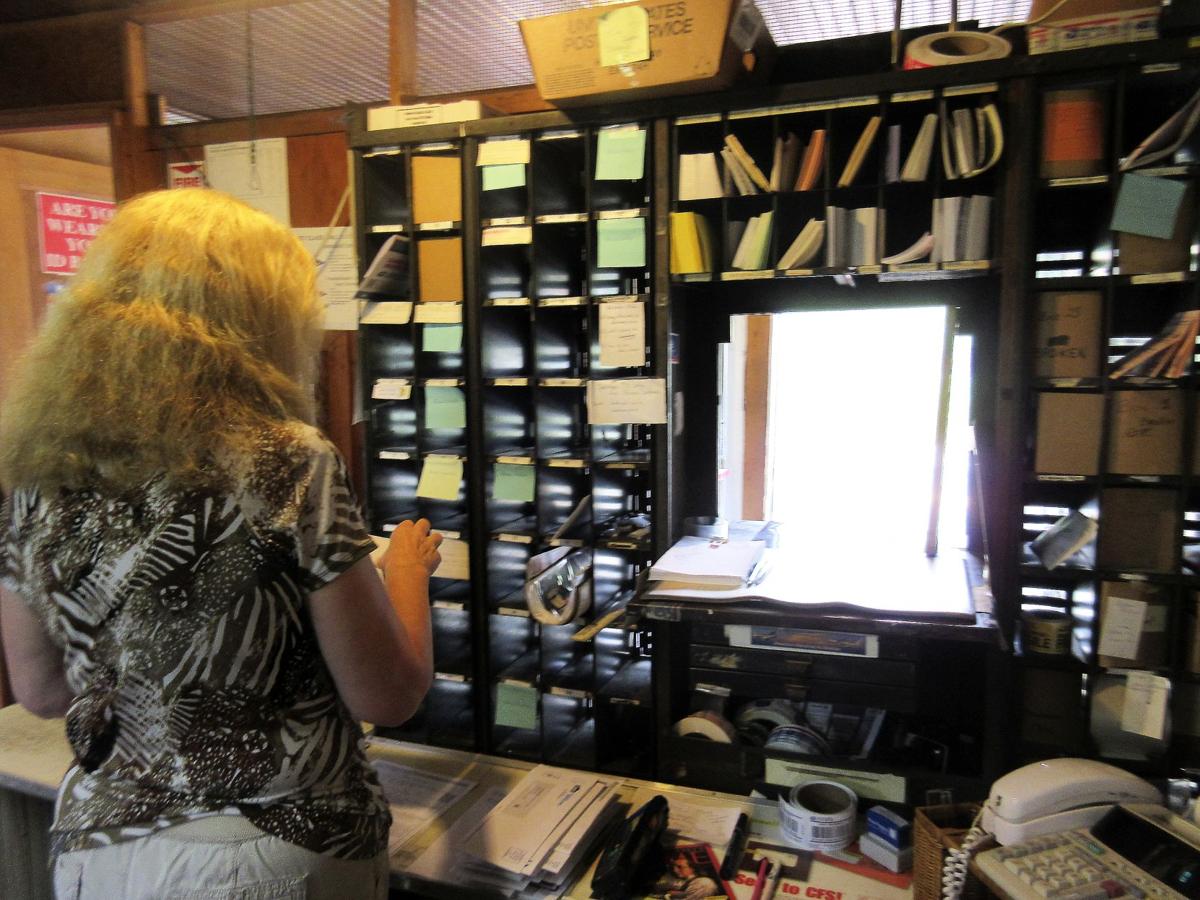 Judy Grimm, the “postmaster relief” at the Garards Fort Post Office, sorts the mail for the 20 or so customers who still use the office.

The smallest standalone post office in Pennsylvania is located in Garards Fort inside a building that was constructed in 1942.

Judy Grimm has been the “postmaster relief” for the past six months at the Garards Fort Post Office.

Judy Grimm, the “postmaster relief” at the Garards Fort Post Office, sorts the mail for the 20 or so customers who still use the office.

The tiny, white building resembles a large shed and is so inconspicuous that motorists unfamiliar with the town might miss it if they blink while traveling along Garards Fort Road across the street from the Greene Township Municipal Building.

With just 165 square feet of interior space, it’s the smallest post office building out of the U.S. Postal Service’s 1,438 locations in Pennsylvania. There are 10 other post offices in the state with less floor space, according to postal service statistics, but those offices are located inside either malls, convenience stores or country markets.

Judy Grimm, the postmaster relief for the past six months at the Garards Fort Post Office, has a smile on her face for the 20 or so customers who still use the outdoor postal boxes to collect their mail. She works just two hours a day and commutes 35 minutes from her home in Uniontown, where she also has her own business as an accountant and bookkeeper.

She’s amazed by the quaint nature of her post office, including the postal boxes located inside that were used until a few years ago when the postal service, in an effort to save the office, cut back on its hours.

The office is just like it was when it opened 75 years ago. “It’s never changed,” Grimm says.

It didn’t take long for Grimm to find out what makes the tiny village in Greene Township and its tiny post office so special.

“It’s a cute little town,” she says. “The people here are so nice.”

Not long after Grimm arrived six months ago, a tornado warning was issued for the area. Without a computer, she was oblivious to the warning, but nearby residents stopped by to warn her of the danger and she sheltered at the nearby municipal building.

“The community is so friendly,” Grimm said. “They try to take care of people.”

That’s what Vivian Bauer, the former postmaster here who left a few years ago and is now working in Cokeburg, remembers about the place. During Christmas time, she set out cookies for people.

“It’s cozy,” Bauer says. “A lot of people came in and out of there, stopping by and going by because it was in a location where they could stop by real quick. I got to know a lot of people form the whole area, not just Garards Fort.”

The mail service here goes back to February 1828 when the Whiteley Post Office was in service inside a general store not far from the current site, according to a book written by G. Wayne Smith about local post offices. The Garards Fort Post Office opened in January 1934, and then moved to the current location in 1942.

Bauer, who’s been with the postal service for 25 years, remembers one of the previous postmasters, the late Hattie Brunner, who owned the building at one time.

Grimm still uses those old postal boxes inside to sort the mail. Due to the reduced hours, customers now have a “central box unit” outside that they can access any time of the day. Delivered mail for customers who don’t use the boxes comes through a route that stretches from Waynesburg to Mt. Morris.

People still do come in to buy stamps and chat, Grimm says. It’s still an important place for local people who want to retrieve their mail rather than traveling to Bobtown, and local businesses and the municipal building that need to get correspondence out fast.

Some days Grimm doesn’t see anyone. On the first day of the month, though, the place is packed with customers.

On a recent summer morning, the building lost power, but the Garards Fort Post Office is so low-tech that she kept on working even without electricity. The only “fancy” gadget she has is a digital scanner, which she can take to nearby Bobtown if she needs to finish her work.

She uses a window air conditioner to keep cool in the summer and a space heater to stay warm in the winter. There is no bathroom, so Grimm uses the township building across the street when needed. Unfortunately, that building isn’t open Friday and Saturday, meaning Grimm makes sure to plan her bathroom schedules around that inconvenience.