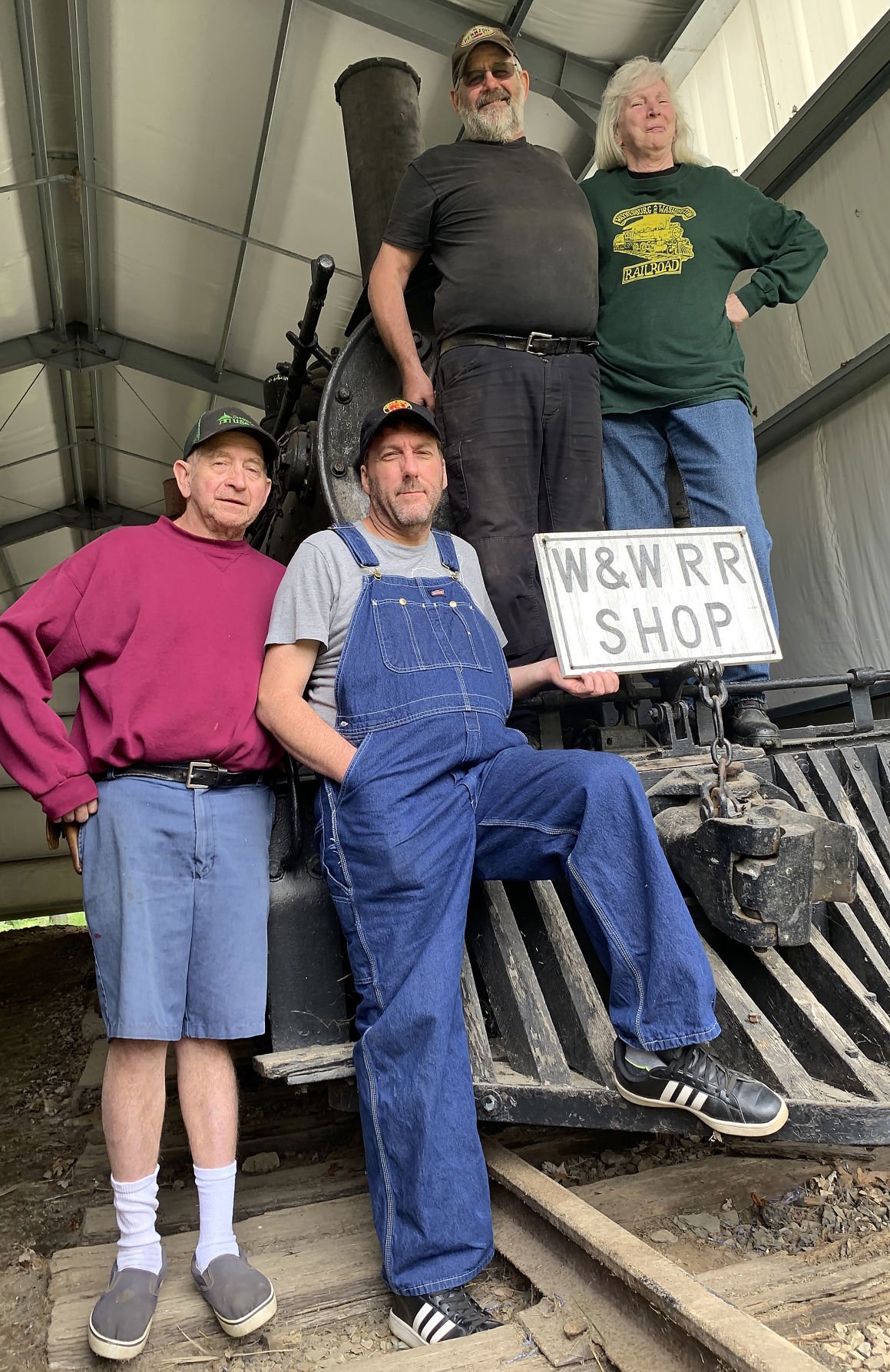 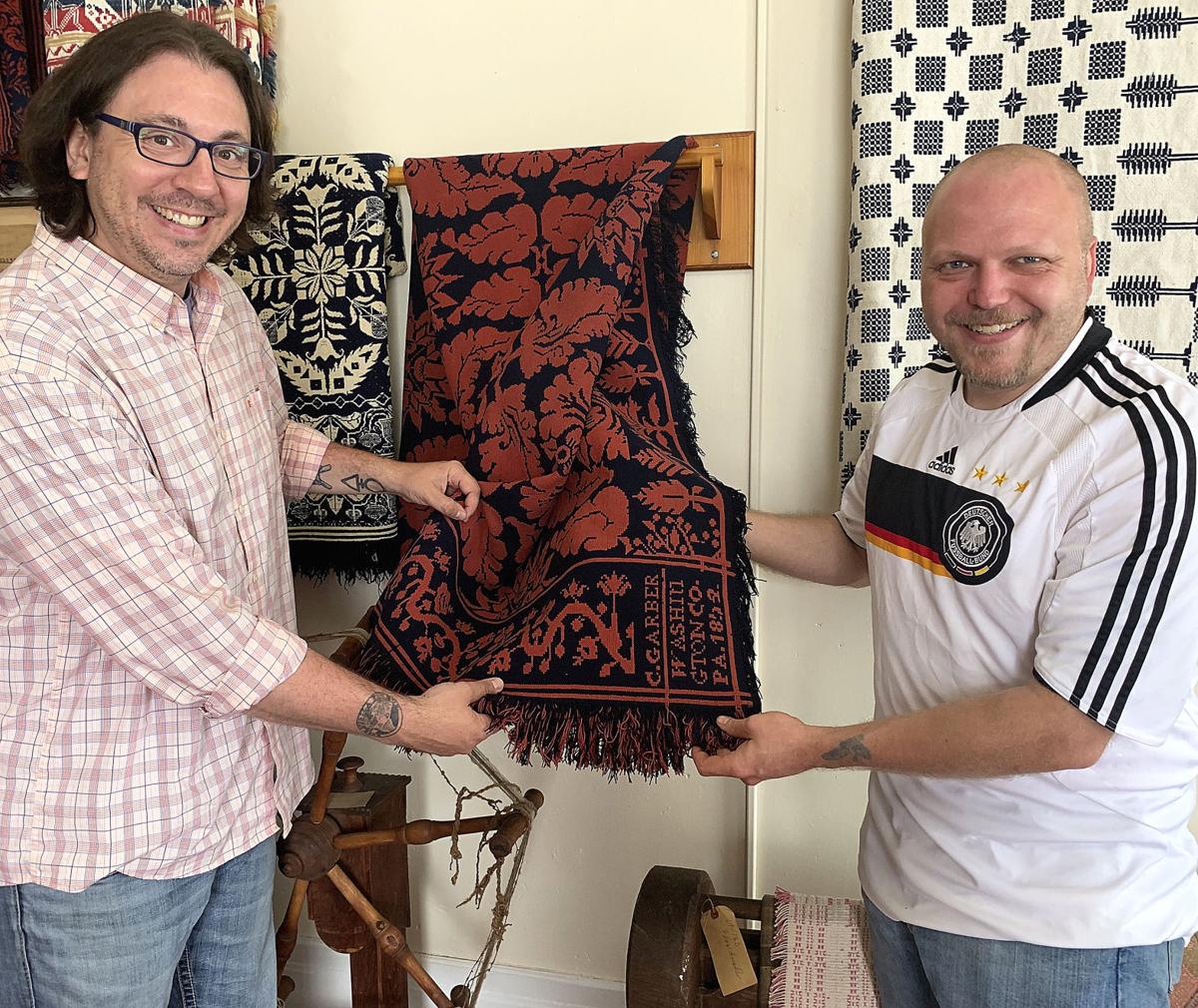 Text and photos by C.R. Nelson

Matt Cumberledge was “just a kid” when he had his first close encounter of the historic kind and he still remembers the thrill.

“Tommy Harris lived on the ridge above me, and we found an old graveyard in the woods by his place,” he says.

Two weathered headstones had his family name carved on them. “I thought it was really neat to find my name on a stone!”

They marked the graves of “Lela and Edna Cumberledge, granddaughters of fifth Great-Uncle William. They were very young when they died.”

Freeland Cemetery overlooks Brave, where Cumberledges have lived since the 1700s, and Matt already knew some of his family history. “My eighth great-grandfather Joseph, his wife and two of their children were killed in an Indian attack. My great-great grandfather’s brother died when the brass plant exploded in 1917.”

So like kids collecting baseball cards, Cumberledge began collecting his great-greats, tracking down family names saved in old Bibles, trekking to lost graveyards and poring over family histories stashed at Cornerstone Genealogical Society in Waynesburg. At age 13, “I was their youngest member!”

Now, as the new director of the Greene County Historical Society Museum, Cumberledge is throwing his considerable energy and good nature into getting its 9,000-plus years of artifacts in order, rearranging displays, rebooting old projects and reopening old wings for new exhibits. And in the process, he’s helping redefine the boundaries of what was once the Western Frontier.

If you listen to someone from this corner of Pennsylvania into West Virginia “read the original words of Shakespeare, you can hear the dialect,” Cumberledge says.

Clay Kilgore, executive director of Washington County Historical Society, agrees. “This is unique as a region, because it was isolated for so long. To the north, there’s more French influence. But people came here mainly from Virginia and they were landlocked except for the rivers. The rivers were the first highways, and they lead to the Mississippi. I consider this to be the true gateway to the West.”

First settlers arrived in protective clusters, walking ancient trails into virgin forests that were indigenous hunting grounds for thousands of years. The colonies of Pennsylvania and Virginia were quarreling over boundary rights, England and France were at war over sovereign ownership and the American Revolution was brewing. The new arrivals hunkered down, built forts, and worked collectively to survive and in time, thrive.

State and county lines would someday be drawn – it was Cumberledge’s ancestor John Minor who petitioned the Pennsylvania Legislature to create Greene County in 1796 because there was no easy way for farmers to get to the Washington County seat to do business – but for those first families, the Western Frontier was a cohesive cultural whole, held together for hundreds of years by customs, shared family trees and a way with words.

The line blurs between work and play with this job, Cumberledge admits happily. Every hike in the woods – “I love being in the woods!” – is an opportunity to find the history still hidden on the land, then share it with others. Old encampments, trail marker trees, lost cemeteries – each with a story to tell.

Now a new line of connection is being redrawn between the two counties, a string of historic whistle stops just waiting to be explored along the abandoned Waynesburg and Washington rail bed that follows state Route 18 north from Waynesburg, disappears into the hills, then reappears near Prosperity, then on to the historic train station that still stands in Washington. It’s a beautiful drive.

When landlocked farmers in Greene County pooled their resources to build the W&W Railroad in 1872, it brought mail, took students to college, delivered goods and services and even delivered 27th President William Howard Taft, who stopped at the Waynesburg station to give a stump speech, then slept at Ivyhurst House back in the day.

“He was so large that they didn’t know if he would fit through the door of the passenger cars, so they “built a bed on a flatcar, just in case,” railroad historian Jim Winchenker of Washington says with a grin. He’s at the museum to meet with Matt, museum caretaker Bly Blystone and volunteers Dave and Barb Jones about work plans for the summer. One goal is to have the museum’s old steam engine fluffed, buffed and ready for viewing at the Harvest Festival in October. “Number 4” was a working engine from 1916 until all steam service ended on the narrow gauge line in 1933. For the next 24 years, it was on display from Wheeling, W.Va., to Canton, Ohio, then put into storage by the Pennsylvania Railroad. In 1958, Greene County Historical Society Vice President Gordon Wood requested that it be returned to the county, and it arrived in August, just in time for the Greene County Fair.

Number 4 left the fairgrounds in 1974 on Bill Hopkin’s lowboy trailer and was hauled to the historical society museum on Rolling Meadows Road. A crew of young train buffs led by Tim Sposato, Brad Lester and Bob Brendel tore into it, and by 1978 it was under steam for the first time in 42 years. “Old Waynie” was steamed up every October to the delight of Harvest Festivalgoers, then furloughed for three years while its 102 boilers pipes were replaced. It steamed up one last time and ran its 100 feet of track for the 1985 festival, but its old boiler had reached the end of the line. Number 4 is now a beloved if inert artifact that visitors – especially steam punkers – love to take selfies with.

But not for long.

Now it’s time to finish the floor of the engine house so that Number 4’s old rail buddy, an 8,000-pound beauty of a passenger coach built in 1892 that retired when the last passenger ran was completed July 9, 1929, can be brought inside for a makeover. It sits exposed to the elements on cribbing outside the engine house and its tattered but still elegant wooden frame lends a sense of urgency to Jim’s to-do list.

The little yellow Diesel Plymouth locomotive is having its engine overhauled so it can do the move. Wheels need to be returned to the bottom of the coach so it can roll. Then serious restoration can begin, Number 4 can get its valve running assembly gears evaluated, its boiler replaced and ...

It’s doable. The time is right and volunteers are again coming forward to form a new crew. What kind of deal do you think we can get on 18 yards of concrete? Are we ready for a Go Fund Me page?

Sitting in the sunshine of a perfect spring day, listening as these happy historians make plans, I can almost hear the whistle and smell the steam.