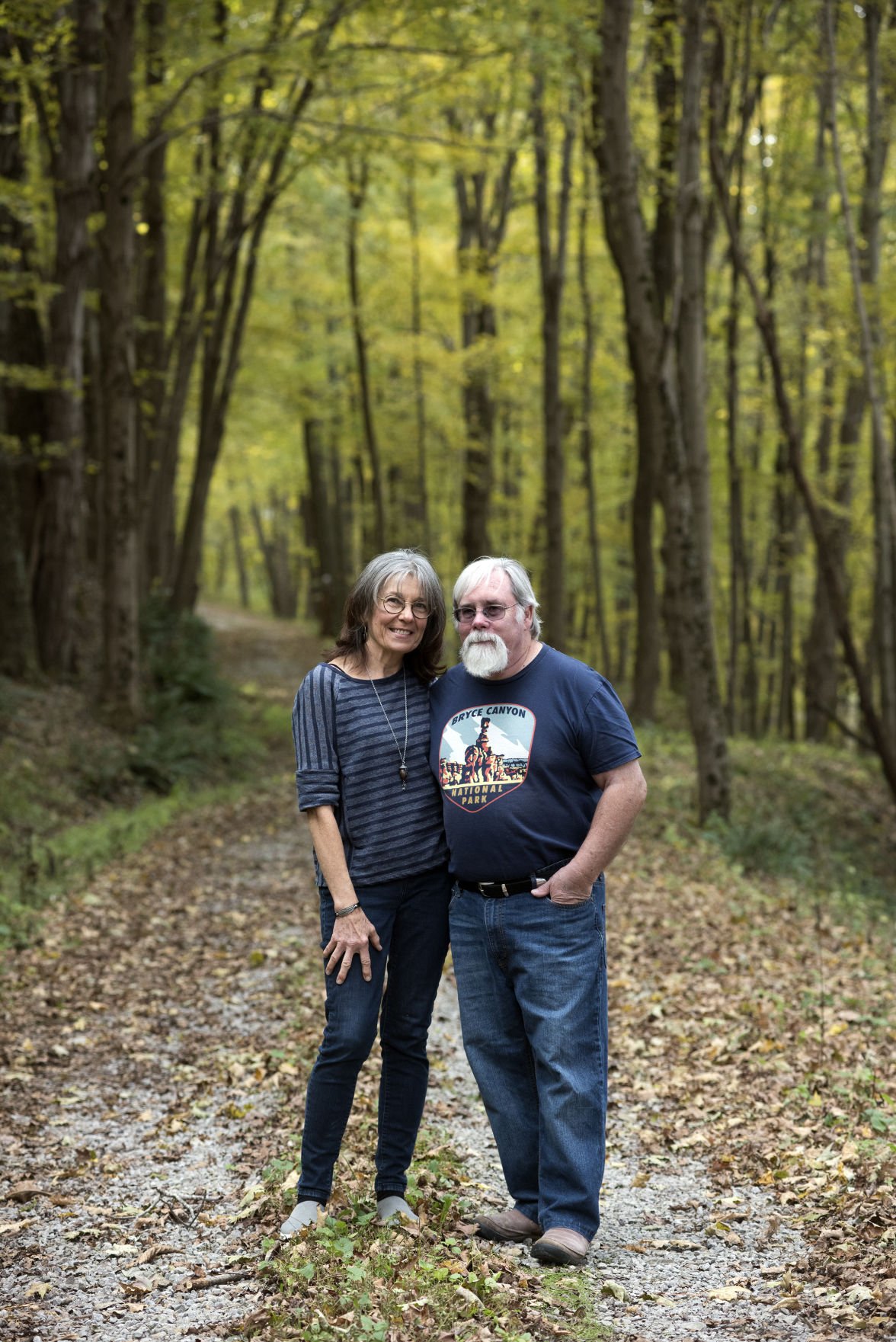 Linda and Jim Winegar at their home in Graysville 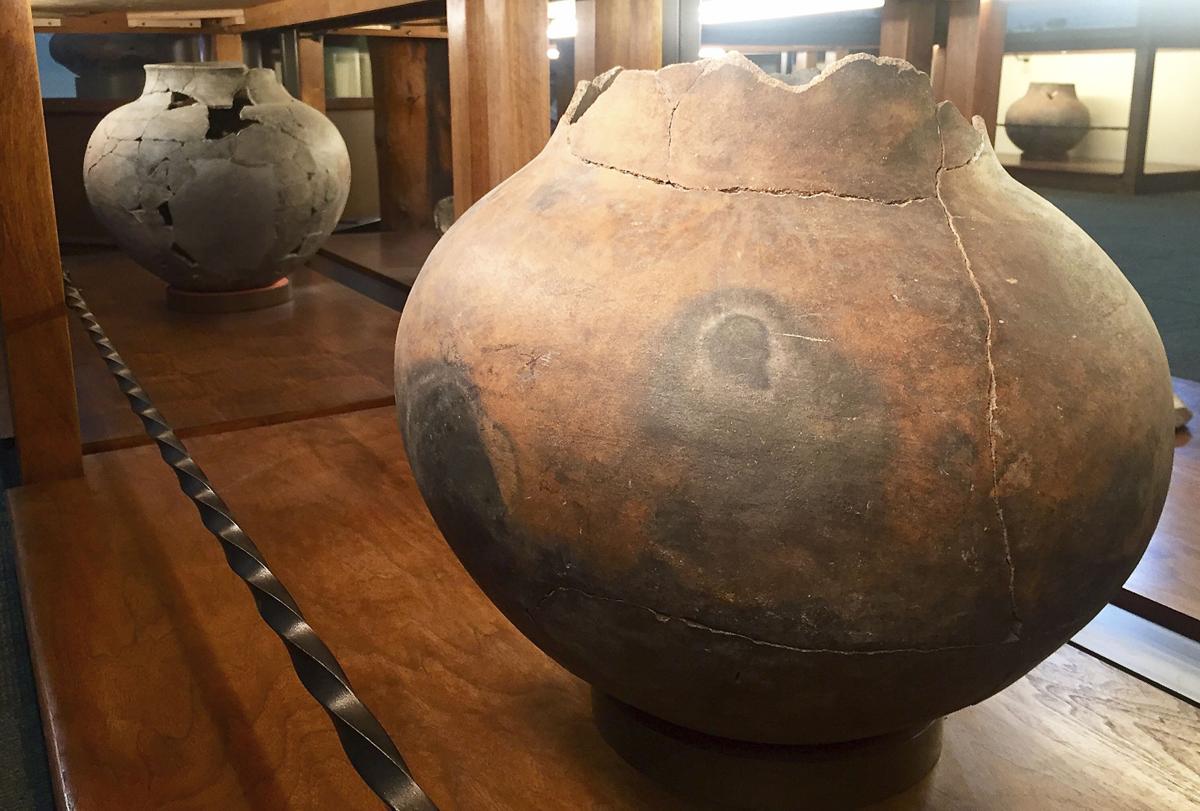 A Yavapi storage vessel, excavated from the Tuzigoot ruins in Arizona. The Winegars recently took a trip across the country to visit friends, learn and draw artistic inspiration. 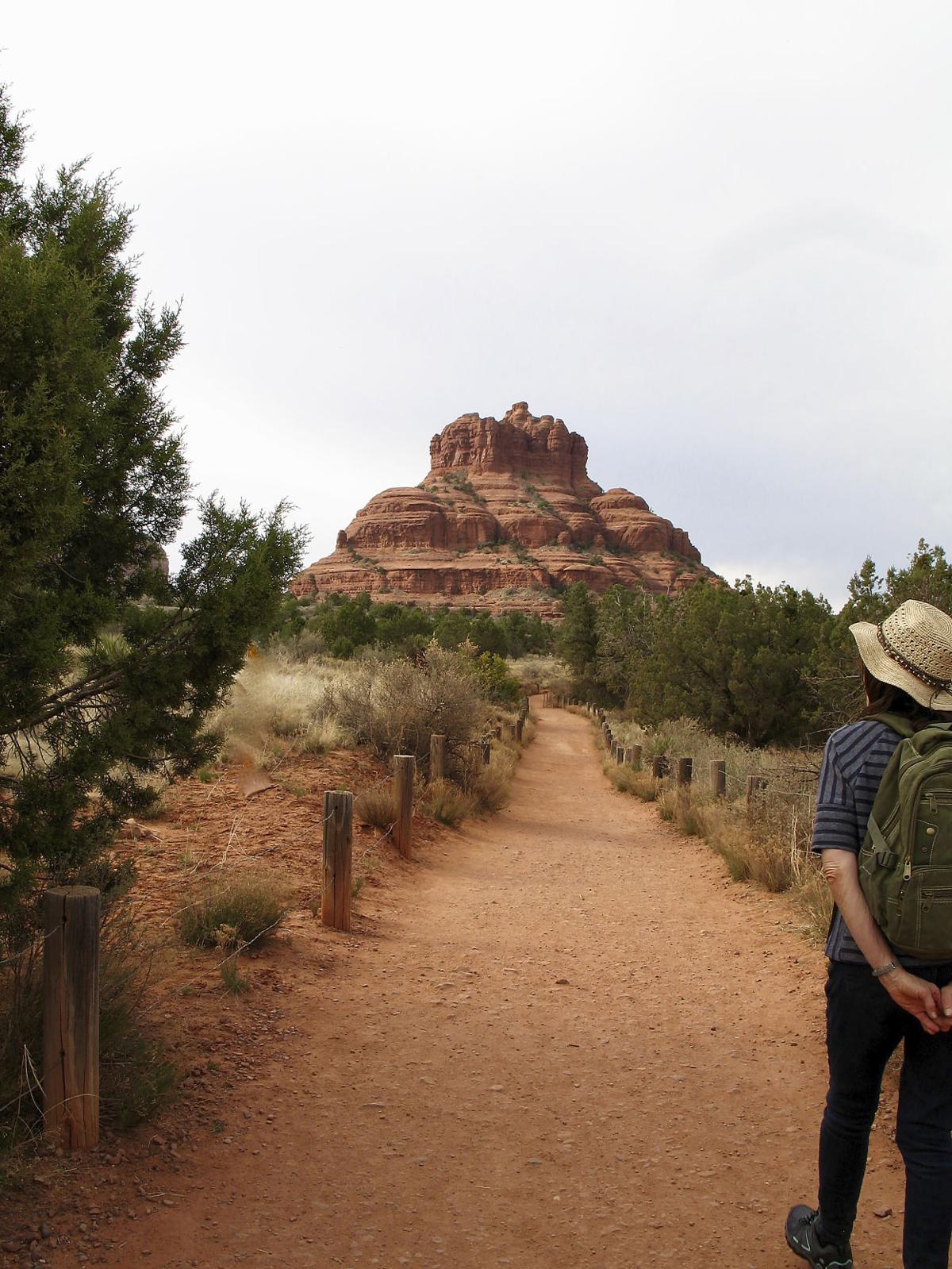 Practice makes perfect. What does 50 years of practice make? Doing anything for that long is worth celebrating.

The Winegars have been working with clay for the past 50 years and are in the process of planning their half-centennial celebration – a year of workshops, classes, inspiration and open houses to share their love and knowledge of the earthen medium.

In between travels to festivals and other trips, I catch them at their home in rural western Greene County for a quick interview to talk about their plans. They have aspirations of a summer open house, a gathering and celebration of art. They’re still refining the agenda.

Linda and Jim Winegar specialize in pottery and craft their works at their barn studio in Graysville. After their Waynesburg studio, Artbeat, closed last January, the Winegars have missed interacting with the public as frequently as they used to. They also have more time on their hands now.

“We’ll still be doing our pottery, but we just won’t have a storefront here. We’ll be in Graysville,” Linda said just before the shop shut its doors.

Closing the shop has given them the opportunity to focus on their own art, but they want to make sure people know that they’re still around. “We’re still out here, making pottery and taking it places, shipping it places,” Linda says.

They also plan to teach classes and, with their degrees and experience in art education, it’s easy to see why. Wanting to teach is the “weave of our cloth,” Jim says.

They’ve taught from elementary and college between them, in Massachusetts and Pennsylvania. They have instructed classes and held open houses at their home studio before, but it was hard to do both with Artbeat open. The couple may consider a popup shop in the future, but it’s time to put energy into shows, classes and making art, they say. They don’t plan to slow down, but reorient.

And with a wealth of accumulated knowledge, they want to pass that information on. Interested patrons frequently express the desire to work with clay. Jim and Linda have witnessed the art form transform over the years, both for the better and worse. Art programs at the high school and collegiate level are not as strong as they once were. In talks with other craftsmen, they lament that budding artists don’t have what they once experienced as they learned and grew. Major, quality programs like the one the Winegars had don’t really exist anymore.

It’s also not just the physical act of working with clay. It’s the contemporary style, historical context and origins of the material.

Clay has served as durable documentation, a purposeful medium for record keeping and drawing. Most every culture used it – cooking, storing and serving meals. But for a time, especially during the Industrial Revolution with the increased popularity of glass and plastic, clay pieces fell into a lull. Lots of potteries struggled to survive or were forced to close.

The revival began in the late 1940s. Now, the Winegars want to expose people to the myriad methods used today. They are part of a movement of craftspeople bringing back an appreciation for handmade items.

Their aim is to reinvigorate an appreciation for items made with care rather than manufactured. Linda says she hopes that people come away with a better appreciation of the time that goes into making something handcrafted. It’s not just making the individual piece. It’s everything that builds up to it: training, mistakes, experiments. There are little steps to each piece. They’re never crafted in a vacuum, but alongside other half-finished works and ideas.

Handmade items create a relationship with art. Instead of just hanging up any old print, people who take the time to get to know the artist behind that labor of love have a better appreciation for it. That personal connection builds a fondness that fast, consumer art can’t replicate.

The Winegars enjoy making useful items and are looking to focus on discussing using clay in the home during their ‘50 Shades of Clay’ events.

“There are lots of different purposes for the clay that we make,” Linda says.

They are moved to make beautiful, functional items, and not just standard cookware and dishes, but also lamps, candle holders, vases and more.

They also are excited to show how to use their items, like offering dishes with recipe suggestions. It also feeds into the movement for eating local, healthier options.

There’s also the environmental impact that “getting away from the plastic” plays, Linda says.

“I like making things that people use,” Linda says with a smile. “I love it when somebody comes up to me ...” she trails off, beginning to tell a story of gifting mugs to some staff members on her medical team. One receptionist wasn’t there for the delivery.

“She called me this morning and she said, ‘I just want to call and say thank you so much. You made my day!’ ... That’s the kind of thing that makes you feel really great. This is what we do to contribute. Some people make sculptures and things that are more art pieces, and we do some of that too, but I really like making things people use. It’s very satisfying,” Linda says.

As they brainstorm ideas for classes and offerings, Jim and Linda can’t help but reminisce. They are excited to look through old slides and said it’s refreshing to do a review of past works.

“Who knows what turn it will take along the way?” Linda ponders.

Need a special, unique gift for the holidays? Call or stop and visit for a beautiful and functional piece. The Winegars will also have some select works on display at 5 Kidz Kandy in Waynesburg.

The Winegars are still finalizing their “50 Shades of Clay” schedule and plan to release their complete plan in January, subject to change. Keep tabs on their plans at www.winegarpottery.com or their Facebook page. Sign up for email updates on the website.