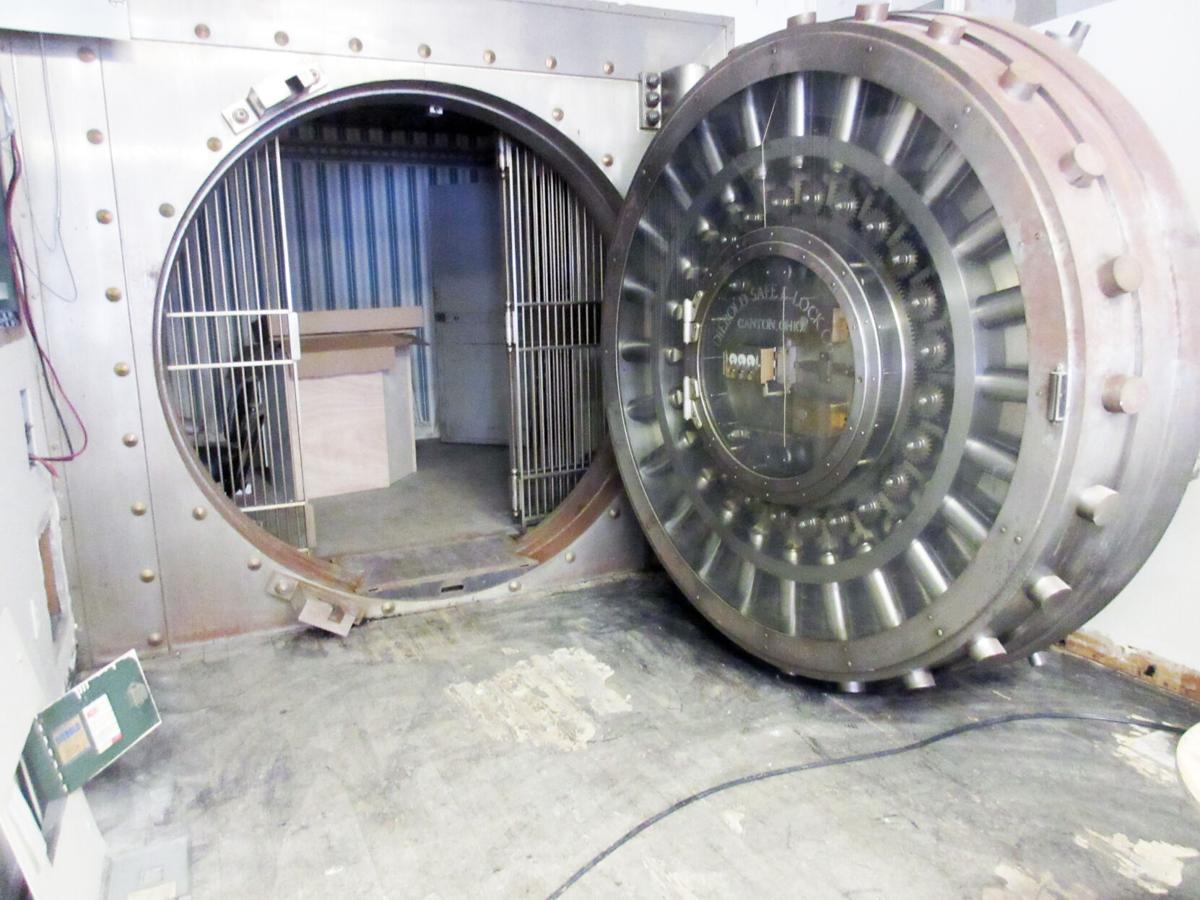 A large, old bank vault in the Colaizzo building in Canonsburg is being preserved through the building’s renovations. 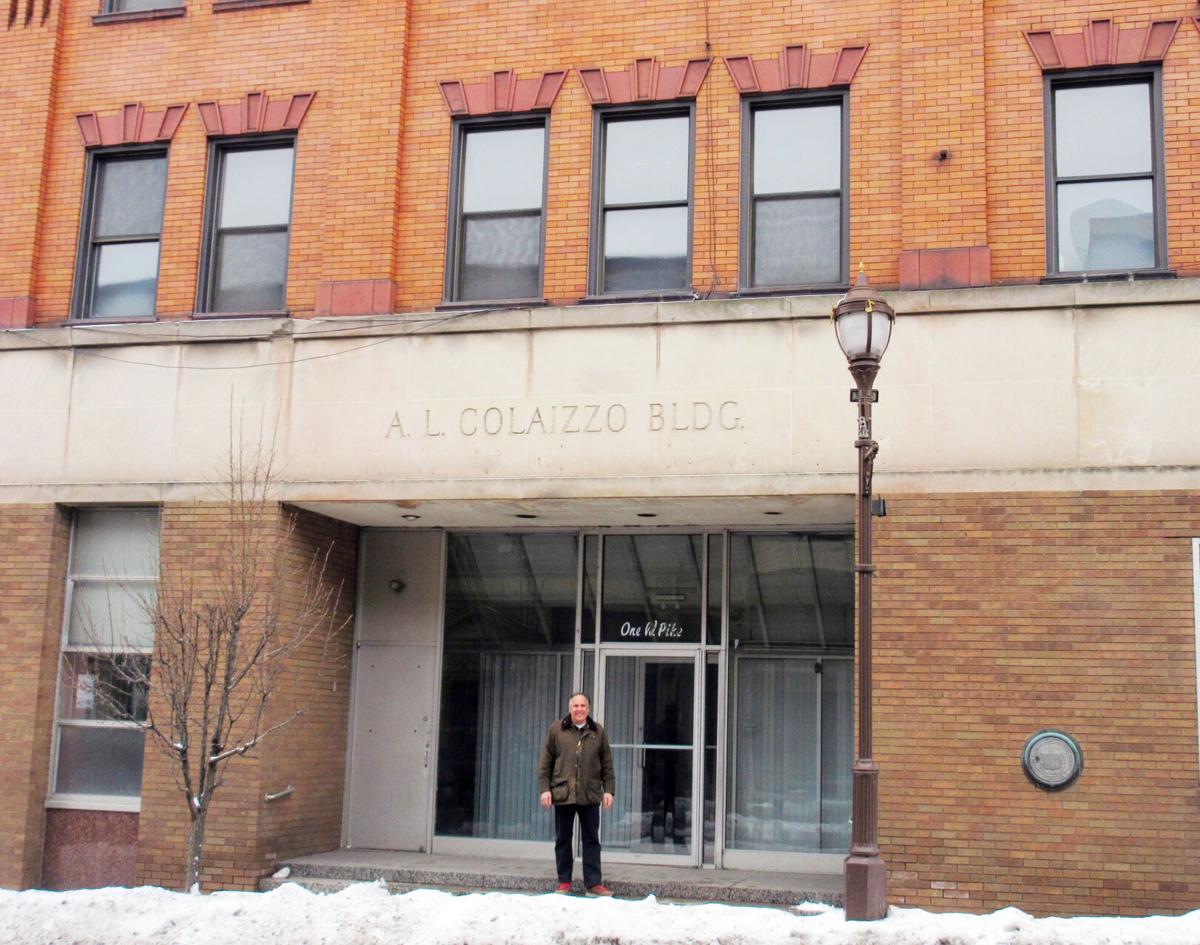 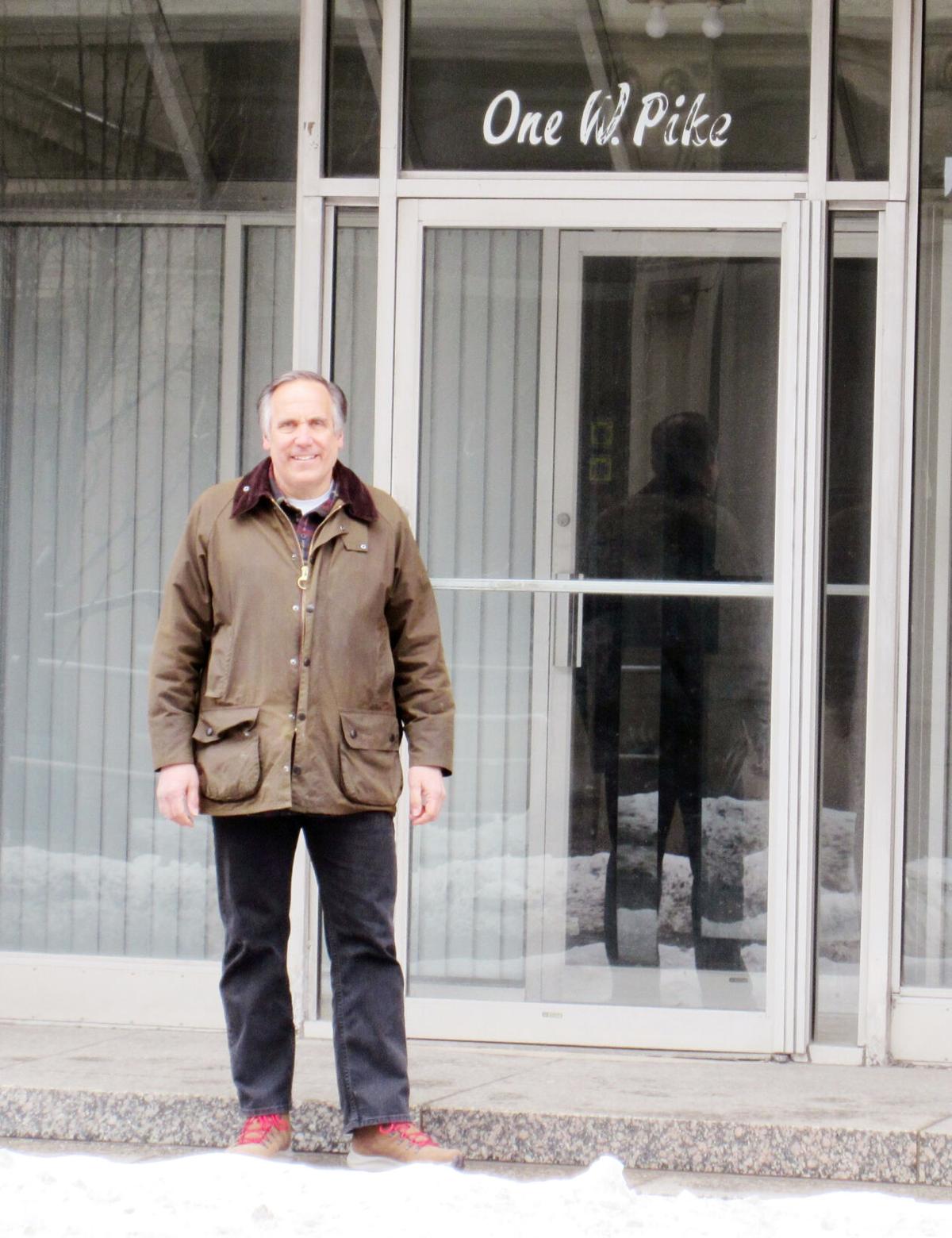 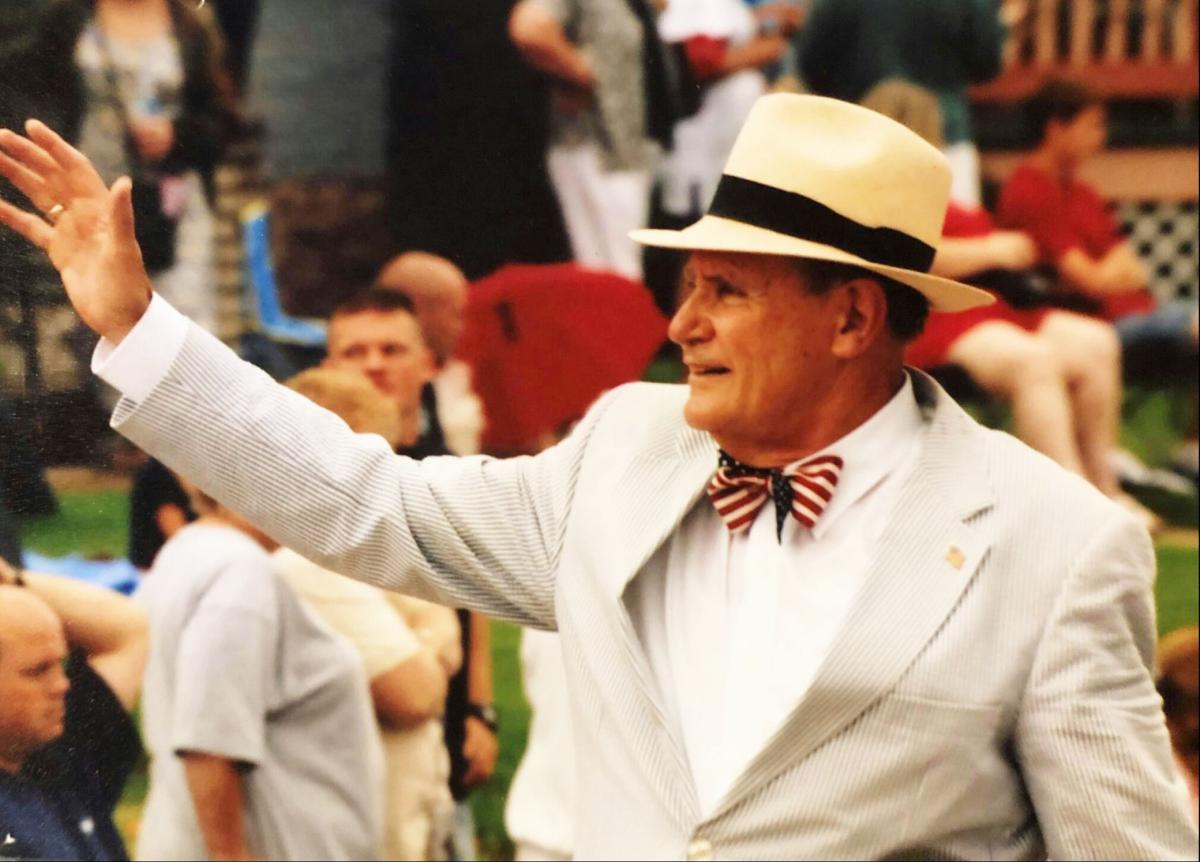 Courtesy of the Colaizzo family

The late Anthony Colaizzo waves while serving as grand marshal of the Canonsburg Fourth of July parade. 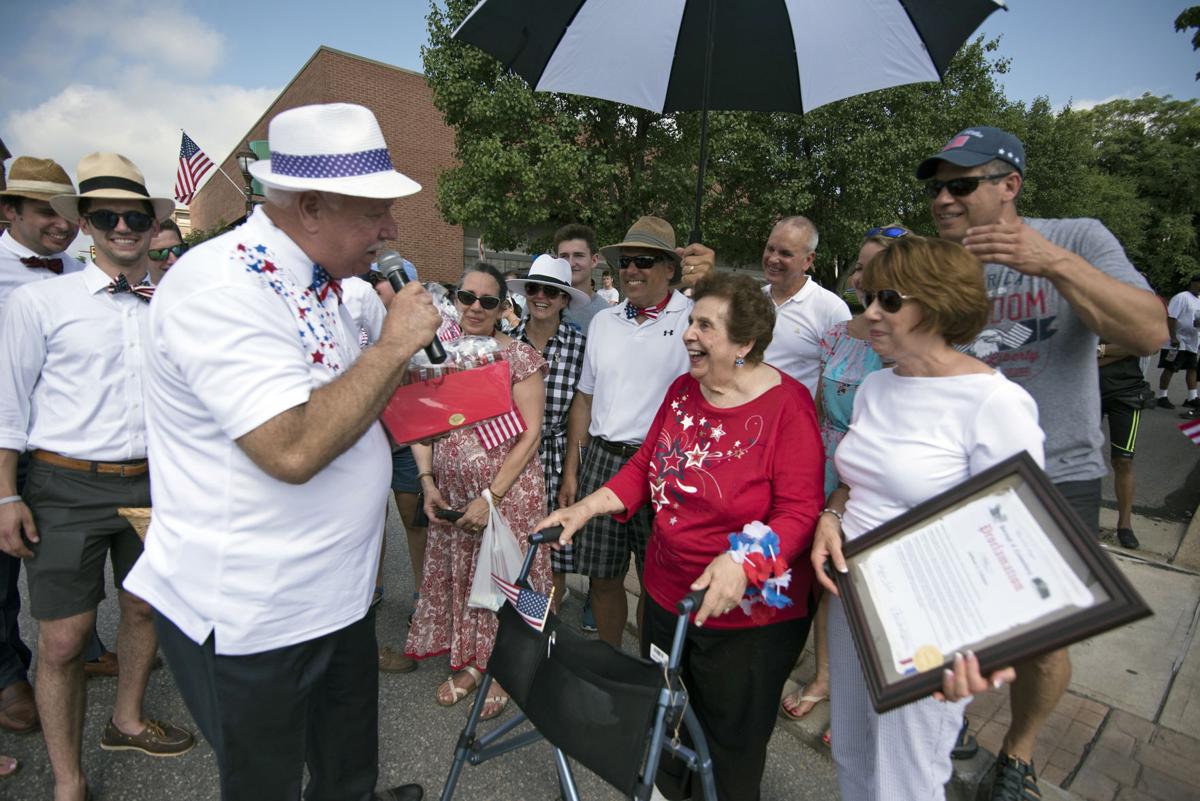 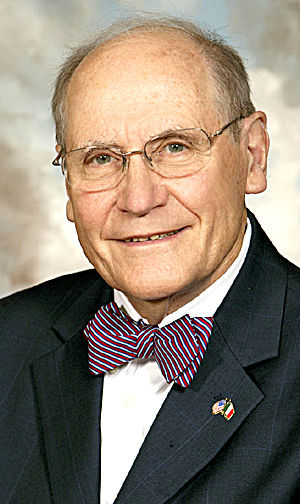 A large, old bank vault in the Colaizzo building in Canonsburg is being preserved through the building’s renovations.

Courtesy of the Colaizzo family

The late Anthony Colaizzo waves while serving as grand marshal of the Canonsburg Fourth of July parade.

The son of the late “Mr. Canonsburg” is bringing new life to the iconic building that once belonged to his father.

“It was an asset that was doing nothing, and we had to make a decision on it,” Colaizzo said.

He, his mother, LaVerne, his three siblings, and his wife, Robyn, are all excited to see the building get a makeover.

“Because it was my dad’s building, we thought it would be nice, and we knew he would like to have it up and running again.”

It would also mean having one less vacant building in the downtown area of the borough.

“With there being a big push to revitalize the downtown, we thought there were multiple good reasons to do it,” Colaizzo said. “My dad was such a big proponent of the town. He always wanted to see it thrive. In fact, when I was a kid, I remember it thriving. We’re on a mission to put it back into that healthy state.”

The A.L. Colaizzo building, which sits at the corner of West Pike and North Central Avenue, has been vacant at least 10 years. It was built in the 1890s as a bank. Colaizzo Sr. purchased it in the late 1970s as an office for his insurance agency.

Colaizzo Sr. grew up in Canonsburg and “worked here all his life,” his son said. He opened his insurance agency, became the borough tax collector, then a state representative and Canonsburg Mayor.

He was one of the founders of the 4th of July celebration, helped organize the first Oktoberfest and was one of the charter members of the economic development committee, Colaizzo said about his father, who died at 88 years old Jan. 12, 2019.

Colaizzo said because his father was so active in the community, he would have been “elated” over this renovation project.

“Everything was about the town because he just loved it here,” Colaizzo said. “So with this happening, I absolutely know he would be very, very delighted. And that’s one of the driving focuses behind it.”

Colaizzo is renovating both the downstairs retail spaces and the 14 apartments on the three upper floors. He started renovations last year, right when the COVID-19 pandemic began.

“We’re hoping to have some functionality here this summer,” he said. “We did a lot of work last year on some basic stuff that needed to be done, and we’ve been progressing at a decent pace.”

Even though there’s a lot of work to do, Colaizzo said the building is structurally sound, with some amazing history he’d like to preserve, including a large walk-in bank vault with a circular door.

The building was also home to one of the first elevators in Canonsburg, dating back to the 1920s, he said.

He’s hopeful that by the end of the year, they’ll have residential and commercial space ready for tenants.

“It’s my first project,” Colaizzo said. “There’s a lot of learning going on, and it’s a challenge, but it’s been fun.”

Colaizzo has been working with borough officials on becoming reacquainted with Canonsburg.

“I was gone for almost 40 years, so I know names, but I don’t know much more than that,” he said.

Like his father, Colaizzo was born and raised in Canonsburg. After he graduated from Canon-McMillan High School in 1975, he took a job with UPS. He worked for them for 38 years, and moved around a bit in that time. From 2010 to 2015, he lived in London.

“It just changes your perspective on things, because as many things are the same, they’re also different,” Colaizzo said. “People have the same objectives and goals regardless of their background.”

He retired from UPS in 2015, moved back to the United States and took a job with Amazon. After three years with Amazon, Colaizzo retired again.

Now, he’s engaging more with the Canonsburg community to discover the opportunities available for the space he’s creating.

“It’s an exciting thing to be able to come back home and contribute not only to the family but to the community simultaneously, and to see the opportunity that’s available because the family had this building and because we’re in the middle of this revitalization of town,” he said.

Colaizzo said most of the upper floors of the building will still be residential, but there could be some opportunity for office space or small business startups. He envisions a restaurant moving into the large downstairs retail space, with possible private dining available for reservation in the old bank vault.

“Everywhere I’ve lived – and I’ve lived a number of places – I always had a joint, where you went regularly that was nice, clean, casual, not necessary expensive, with great food and great people,” he said. “I would love to be able to do something like that here. That’s one of the goals not only for myself but for the community.”

In regards to any suspicions the COVID-19 pandemic will affect his efforts on securing retail tenants like a restaurant, Colaizzo said he is concerned, but said the “mood” and “momentum” of the town is enough to overcome that challenge.

“I think with all the positive direction we have going on, I’m hoping that by the end of the year, or even mid-summer, that we should be in good order,” he said. “We have momentum, there’s no question about that.”

“We are thrilled to welcome Tony back to Canonsburg,” she said in an emailed statement. “His commitment to our community and its future is quite evident. This type of partnership, between the private and public sectors, will ensure our growth and successful future.”