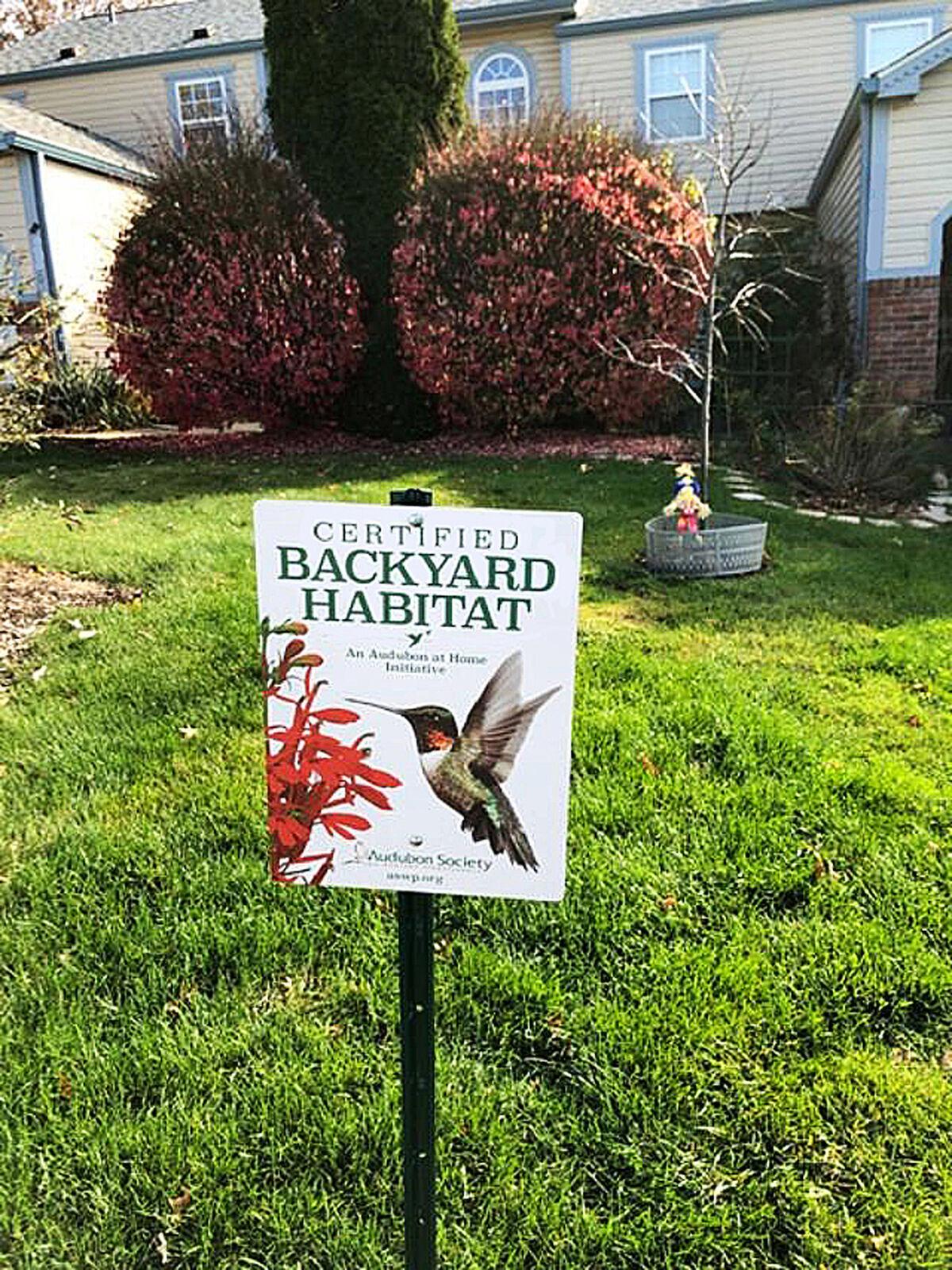 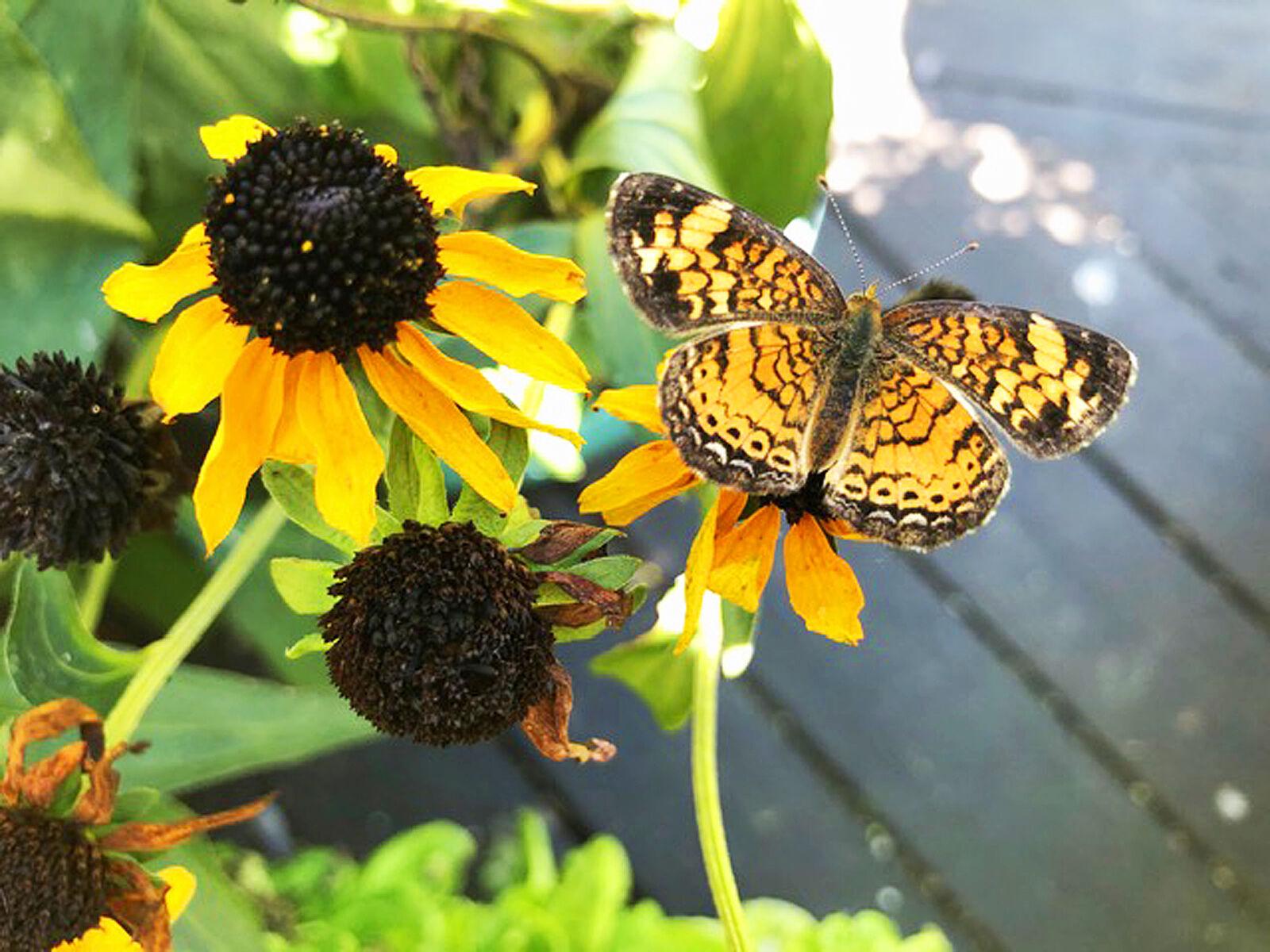 Tomato-growing enthusiasts know that proper pollination is key to a healthy crop.

Susan Koza’s Cecil Township neighbor is one of them.

“He wasn’t able to get any of his tomatoes. So he came over and said, ‘Can I just borrow some of your bees? I’m struggling over here,’” she recalls. “And I told him what to plant.”

During warmer weather, her yard is abuzz, so to speak, with the types of animals that move pollen from plant to plant, aiding the reproduction process.

In fact, she tends to a Certified Backyard Habitat as part of an Audubon Society initiative to promote native plants, natural products, wildlife stewardship, clean water and homeowner engagement.

Koza’s efforts on behalf of nature extend beyond her own yard: She and two other residents of the Georgetown Estates plan convinced the homeowner’s association to steer away from pesticide and herbicide, and use organic yard products.

“I want people to know it’s possible in an HOA,” she says. “I just want other people to say, ‘Hey, you really did that? Then we could do that.’”

She also wants people to know about declines in the populations of bees and other pollinating animals, a problem that apparently escapes widespread attention.

According to a study by researchers at the University of Illinois Urbana-Champaign, a search of nearly 25 million news items from six prominent U.S. and global news sources found “vanishingly low levels of attention to pollinator population topics” over several decades.

Koza wasn’t particularly aware until someone asked, “When was the last time you saw a meadow?”

“And I said, ‘I haven’t seen a meadow since I was a kid,’ because Peters used to be filled with meadows,” she says about the township where she grew up. “So he started telling me about the bugs and the pollinators, and I was actually horrified. I went home and I thought, he’s right. I used to have a big hydrangea in front of my door, and in the spring I wouldn’t be able to get into my house because it would be filled with bees.”

“And then I started to look around here, and I thought, well, where would they find food?” she recalls. “We basically took all their food.”

Certain materials may do well to help ensure the green, green grass of home, but they aren’t exactly friendly to the types of plants on which pollinators thrive.

Koza learned more along those lines by visiting the Beechwood Farms Nature Reserve in Fox Chapel and Indiana Township, headquarters of the Audubon Society of Western Pennsylvania. There, she purchased a variety of native plants, species that attract pollinators while actually belonging in this part of the world.

“The best thing is when you plant these and you sit there, and you see these tiny, little bumblebees,” she says. “They don’t bother anybody. They’re hanging out in your flowers, just doing their job.”

Her enthusiasm has continued to, shall we say, blossom.

“I got really, extremely into this, and I kept thinking, why can’t we do this everywhere?” she reports. “The more I started reading about it, people were saying, if we just each do this in our yard and knit these together, the pollinators will come back and they’ll start to thrive. But people need to be aware that we’re losing them, in the first place.”

Koza welcomes conversations about it, no matter what the circumstances.

“There are always going to be people who don’t care and don’t believe you,” she acknowledges. “I never get mad. I just keep trying to find the next person who might believe me.”

She does encounter those who already have become believers, such as members of a family she met in the summer.

They saw a yard with a Certified Backyard Habitat sign and went to Beechwood Farms to buy appropriate plants for their own garden.

“I was talking to the parents, and I said, ‘It is so much fun to do with your kids. You’re going to have a blast,’” Koza recalls. “It would be so much fun for families to do this.”

Granted, the vegetation may seem to be a bit mundane to start.

“They’re not beautiful. They’re just plants,” Koza says. “But once you put them in the ground and they start to bloom, it’s like magic.”

For more information about plants that are native to Western Pennsylvania, visit aswp.org/pages/list-natives.

How to help pollinators