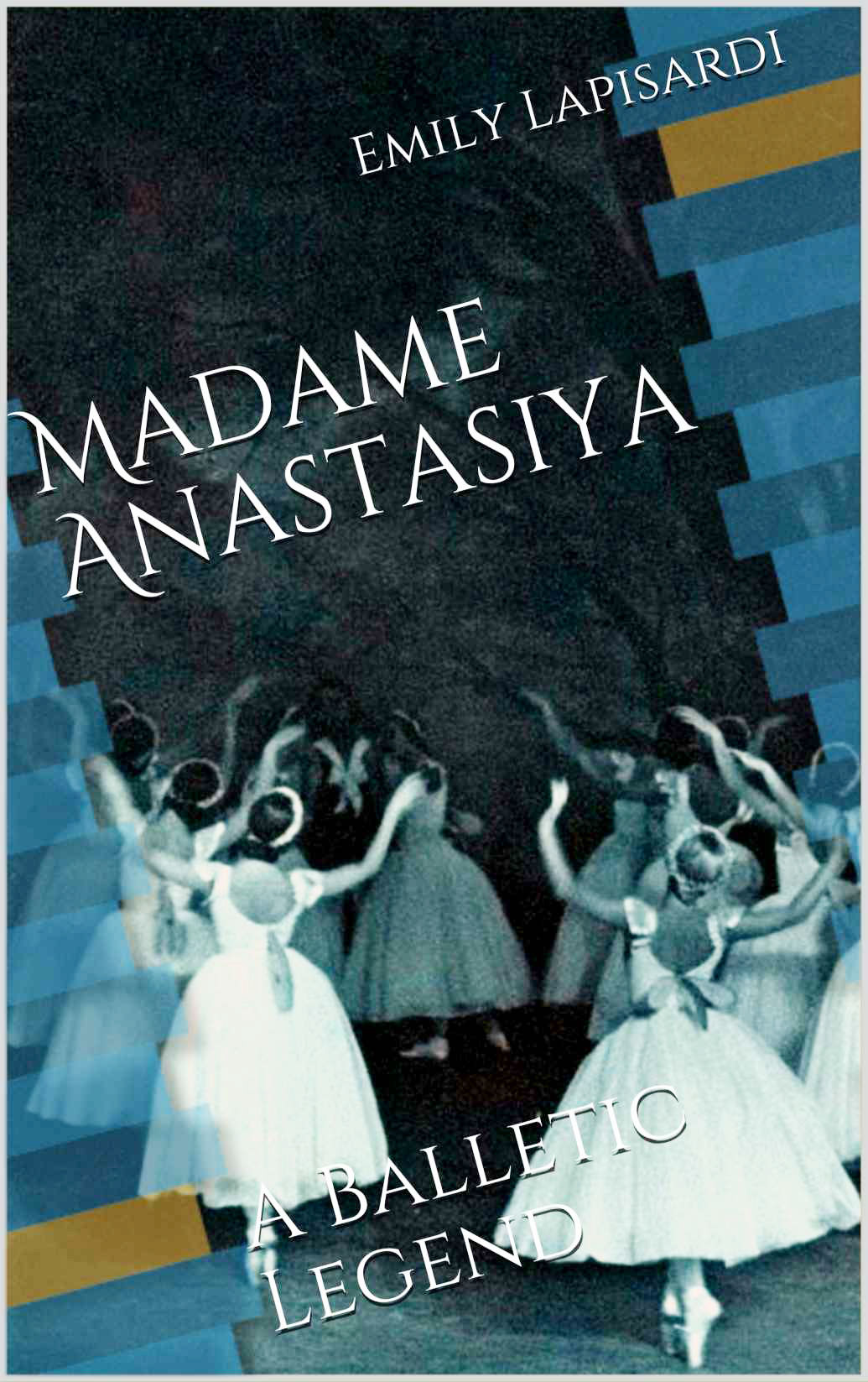 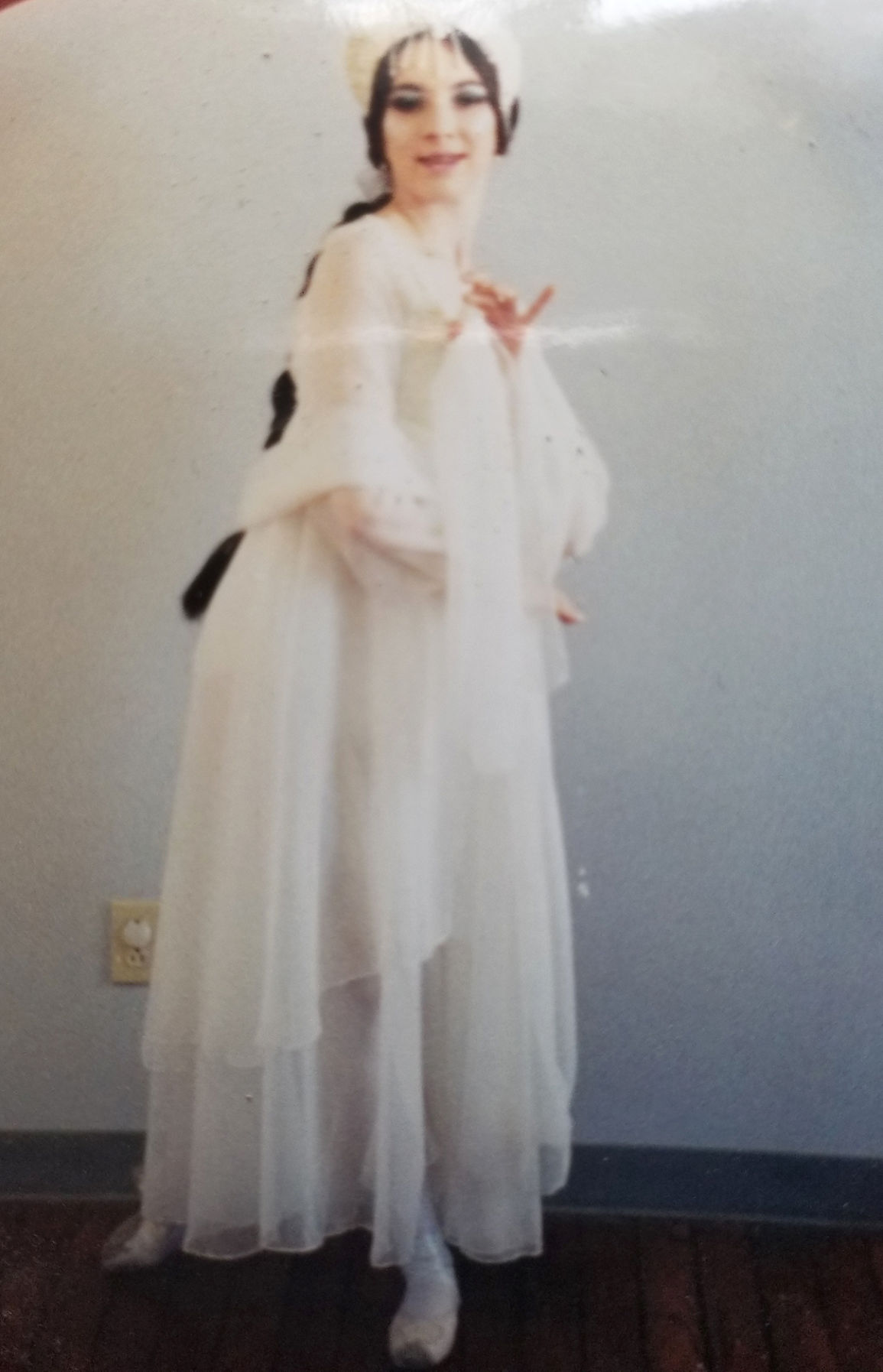 Emily Lapisardi so impressed the ballet officials they offered her an apprenticeship with the Shumka Ukrainian Ballet Company. For the teenage dancer, it was a tremendous opportunity. But her dreams of becoming a ballet star were dashed by the events of 9/11. 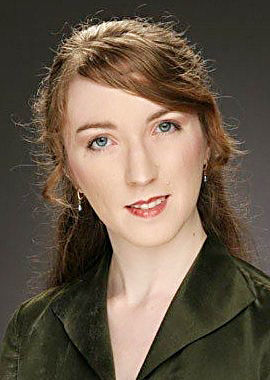 Emily Lapisardi so impressed the ballet officials they offered her an apprenticeship with the Shumka Ukrainian Ballet Company. For the teenage dancer, it was a tremendous opportunity. But her dreams of becoming a ballet star were dashed by the events of 9/11.

While on a visit to Ukraine to dance at the Kiev State Opera House in 2000, Emily Lapisardi so impressed the ballet officials they offered her an apprenticeship with the Shumka Ukrainian Ballet Company. For the teenage dancer, it was a tremendous opportunity.

“I was thrilled and terrified ... eager to go, yet aware that living alone in a foreign country would propel me violently into adulthood,” the Washington County native said.

At the time, she had been studying in Pittsburgh with Mansur Kamaletdinov, a Russian ballet master who performed at high levels all over the world. While in class with her teacher and his small group of students she learned of the attacks on the World Trade Center on Sept. 11, 2001.

“The other girls and I stood huddled together in the studio, trying to understand what had happened,” she recalled.

“Because of that day, doors closed for me. My parents were reluctant to let me go to Kiev alone in an unstable world.”

Lapisardi realized that her hopes for a career as a ballet dancer collapsed that day just like the landmark buildings in New York City. All of her training had been in the Russian tradition of performance, and the vast majority of American ballet companies did not perform that style. That made it difficult to land a position with an American company.

“I was also working against the clock as a dancer in her late teens in that most dancers of that age have to be placed in a company if they were to move forward,” said the Blainsburg native. “A year or so after 9/11, I began to shift my focus on music as an alternative because I’d already been studying voice for a number of years and took piano lessons since the age of 6.”

With her dreams of becoming a ballet star dashed, she enrolled at West Virginia University where she earned a degree in vocal performance. She went on to get a master’s in sacred music and organ from Duquesne University.

For a while she served as the music director and organist at St. Joseph’s Catholic Church in Uniontown before taking the position she now holds as director of musical activities at the Catholic Chapel at the U. S. Military Academy in West Point.

Recently she remembered the novel of historical fiction she wrote while studying ballet with Kamaletdinov in Pittsburgh from 1999 to 2001. Her father had just finished writing a book of his own, and it jogged her memory of her own tome centered around a ballet theme.

“In 2001, I finished writing my novel as my own world collapsed, then put the draft on a shelf of a bookcase in my parents’ home in Blainsburg,” she said. “My heart was broken at the loss of my art and such a tale seemed childish and naive.”

After retrieving and rereading her long-forgotten novel, she rediscovered the story and realized that it was not a depiction of an imagined reality, but rather a legend, a balletic fable based on the dreams of young dancers. Because she no longer had the digital version, she began retyping the book, making only minor revisions.

“So much of my life had changed, I felt as if the book was written by someone else, and I wanted it to remain consistent with itself,” she said.

“Madame Anastasiya,” as the novel is called, covers a large swath of the 20th century starting with the time the title character left Russia for Paris during the Revolution of 1917. It includes encounters with important historical ballet figures like Anna Pavlova and Sergei Diaghilev and novelist Vladimir Nabokov. The story line also leads to the United States, where Madame opened an idyllic ballet school for young dancers.

“My own teachers were all full of life and energy, and I tried to give my characters the same traits,”Lapisardi said. “I started with Madame and built a world around her. This book is about the rich traditions of ballet and the sacred bond between teachers and students. It is a long-overdue ‘thank you’ to those who shared this precious gift with me. “

Following its release earlier this year on Amazon.com in paperback and Kindle formats, “Madame Anastasiya” earned the rank of “#1 new release” in the teen and young adult dance fiction category. Currently, Lapisardi is working on the idea of holding a book launch somewhere in the Fayette or Washington County area.

“It took me 20 years to really come to terms with leaving ballet behind,” she said. “One of the things I found touching in the book is the way one of my characters says, ‘There is a place for all of us in this art if we leave it.’ Leaving ballet has been so painful to me that I’ve never been able to attend a performance since 9/11. Twenty years later, I now think I’m ready to do that. Perhaps, finally, the book has been a sort of closure.”