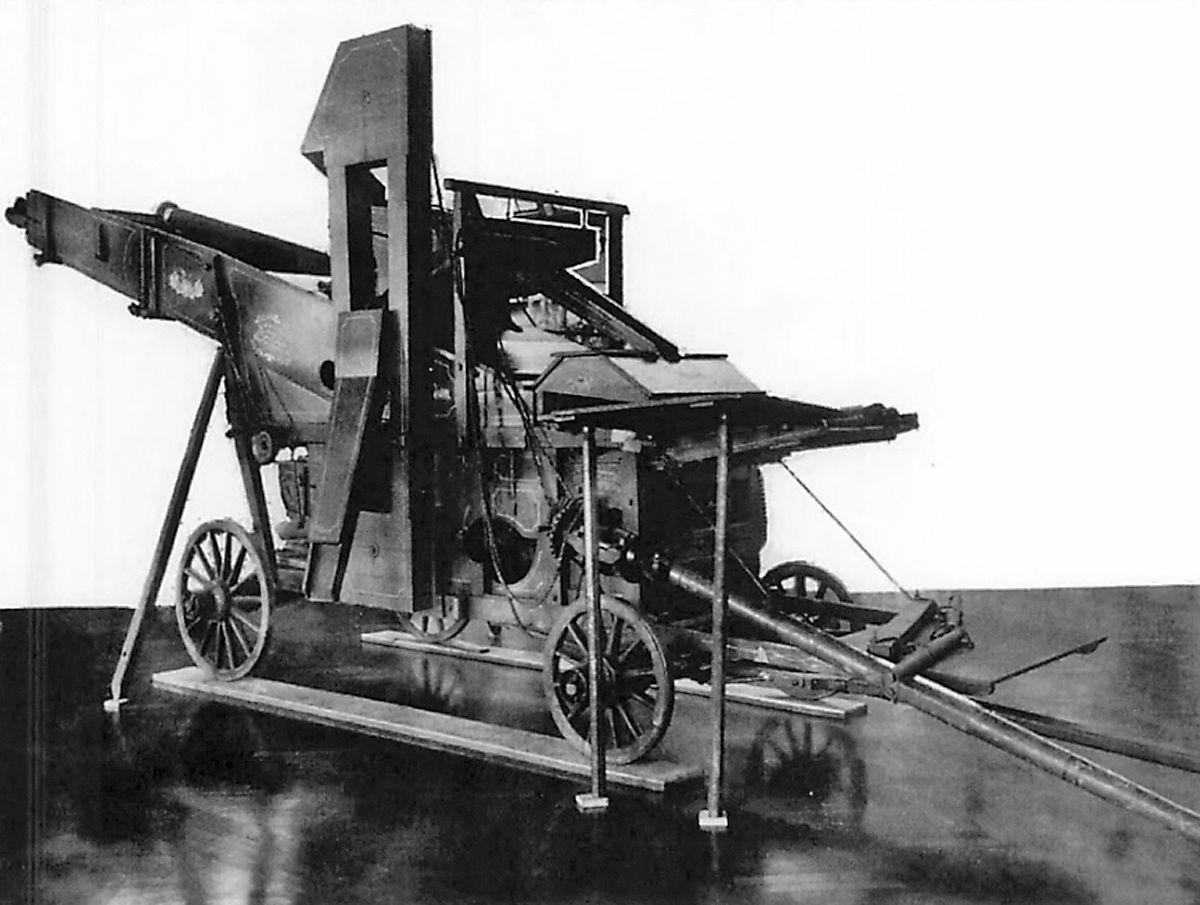 Washington County native Andrew Ralston invented the first combination threshing/cleaning machine for processing grain. Prior to the invention, all work was done manually, which was a very labor-intensive task. 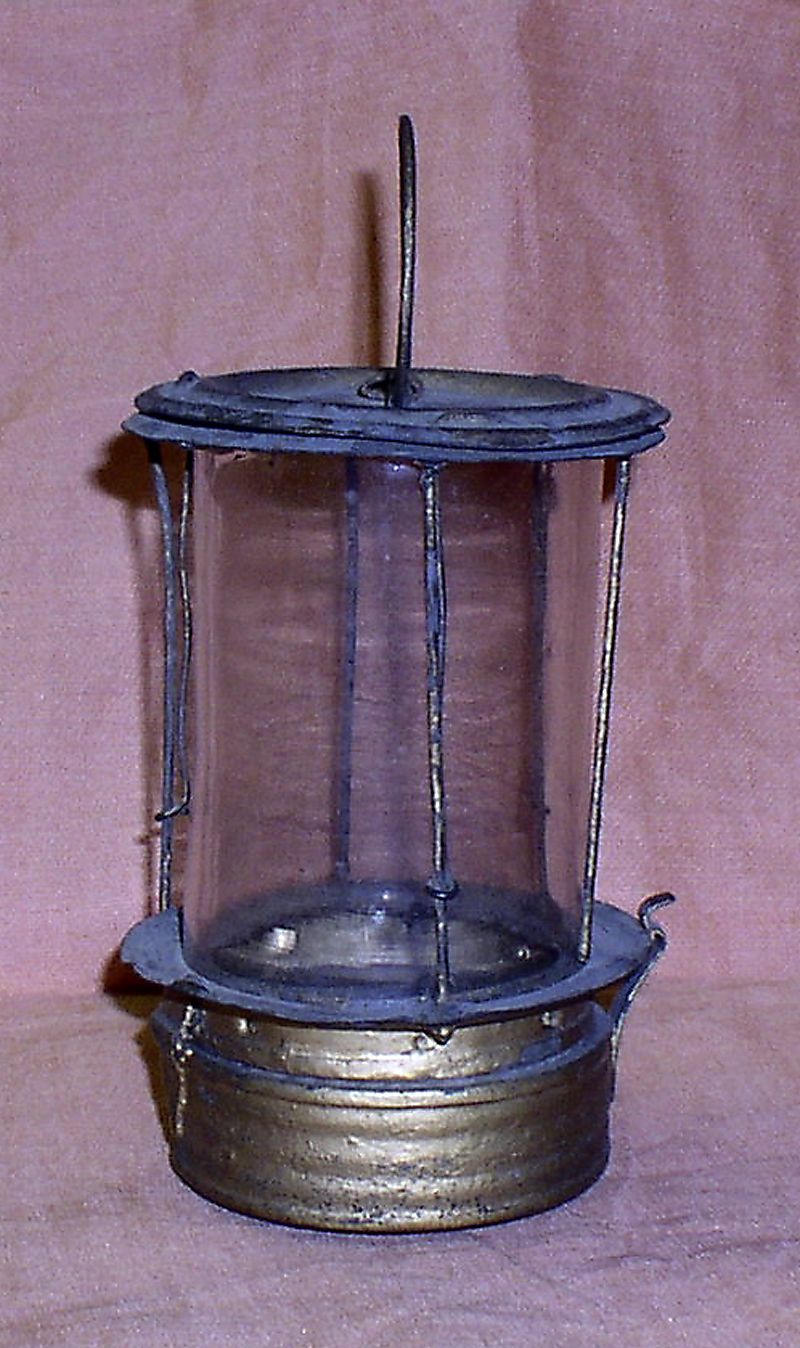 The Henry Ford Museum in Dearborn, Mich., has the only surviving complete Ralston Thresher known to exist.

Washington County native Andrew Ralston invented the first combination threshing/cleaning machine for processing grain. Prior to the invention, all work was done manually, which was a very labor-intensive task.

The Henry Ford Museum in Dearborn, Mich., has the only surviving complete Ralston Thresher known to exist.

When thinking of the region’s history, several things immediately come to mind – the Underground Railroad, the Whiskey Rebellion, Washington & Jefferson College, the National Road and the distinguished names of LeMoyne, Bradford, Acheson and Baird. But what about those events, places and names that carry somewhat less notoriety? No less significant, should they be slighted simply because their mention doesn’t evoke the same sense of familiarity and renown?

Of the names that have been forgotten, one of the most critical is that of Andrew Ralston. Ralston, born circa 1810, grew up on a farm in Independence Township, Washington County. From an early age, he showed an ingenuity most did not possess. For example, to make the process of churning butter easier, he connected a rocking chair to the butter churn. Throughout his life, he continued to develop clever innovations.

Two particular inventions stand out from the rest. The first, the Ralston Thresher, was patented Feb. 21, 1842. This invention was the first combination threshing/cleaning machine for processing grain – primarily wheat. Prior to the invention of threshing and cleaning machines, all work was done manually, which was a very labor-intensive task. Once the grain was harvested, it was necessary to remove the kernel itself from the stalk. This was done either by having animals walk over the grain or by using a flail to beat the grain. Once the threshing process was complete, it was necessary to clean the grain. This included removing the chaff from the edible portion of the grain. This was done by using a large wooden shovel to toss the kernel into the air and allowing the wind to blow off the lighter chaff, while the heavier kernel fell to the ground.

Ralston’s invention took this long, back-breaking process and made it an easy, automated task. The Ralston Thresher could clean nearly 100 bushels of grain in a single day. It would take weeks for a farmer to complete the same amount. Just as in the manual process, the machine first separated the grain and chaff from the stalk by running it through a series of tumblers. Once they were separated, mechanical fans were used to blow air across the grain to clean the chaff. The grain would then travel up a belt elevator and be poured into a long spout.

The Ralston Thresher’s usefulness was not limited to wheat. An article in the July 1858 issue of the American Farmer talks of an experiment in which the machine was used to hull and clean clover.

“All the horses that the treading yard will hold are brought into requisition … and in the hot sunshine, almost smothered in dust, the laborious farmer finds that at winding up, that he has succeeded in separating about five bushels (of clover) a day… An experiment made this winter, however, with my ‘Ralston Thresher,’ bids fair to inaugurate a new mode of separating the seed from the hull.”

The author goes on to explain the experiment proved to be quite successful, in that not only did the machine properly hull and clean the clover, but it also did it at the rate of about 20 bushels a day. The June 1858 issue of The Valley Farmer added, “The fact that Ralston’s Thresher proves an efficient machine for hulling clover as well as threshing wheat is an important consideration.”

The Ralston Thresher was produced at the R.B. McClure Machine shop in West Middletown. McClure bought the rights to the design from Ralston, who was working for McClure. The thresher was shown at fairs in Pennsylvania, Virginia, Maryland, Ohio and New York. At the 1857 Ohio State Fair, it took first prize for farm equipment. McClure sold the machines throughout the United States as far west as Iowa. At its peak, five Ralston Threshers were purchased each day. Unfortunately, the success was short-lived. The Frost of 1858 severely hurt sales of the Ralston Thresher. The frost destroyed crops throughout the Midwest. McClure had machines manufactured and shipped prior to the frost expecting large sales, and they went unsold. By the following year, newer inventions and fresh ideas dealt a crippling blow to sales of the thresher. Although McClure manufactured the Ralston Thresher into the late 1860s, sales would never match those of the previous decade. Despite the large number of threshers manufactured and sold, the Henry Ford Museum in Dearborn, Mich., has the only surviving complete Ralston Thresher known to exist. This thresher was assembled from parts Henry Ford collected during his trips to Western Pennsylvania.

Ralston also invented and patented a folding, oil-burning lamp. The patent dated March 24, 1857, states, “Be it known that I, Andrew Ralston, of West Middletown, in the County of Washington and the State of Pennsylvania, have invented a new and useful Improvement in Pocket Lanterns…” His lantern was only 4.5 inches tall, but was expandable to 6 inches. The lantern had a small reservoir at the bottom for the oil. One end of a cloth wick soaked up the oil while the other was placed in a small clamp. Once lit, the hinged glass top would then close over the wick. James Bell manufactured the lantern in his tin shop in West Middletown. A surviving example of this lantern is located in the collections at Meadowcroft Rockshelter and Historic Village in Avella.

A forgotten man, Ralston spent his life inventing objects pulled from his imagination. In addition to the thresher and the oil lamp, he invented a dog churn, a sheep/cattle feeder and a diving suit he demonstrated in the Hudson River. This man’s name may be unfamiliar, but his innovations stand to this day as an example of the ingenuity and genius that helped shape America.