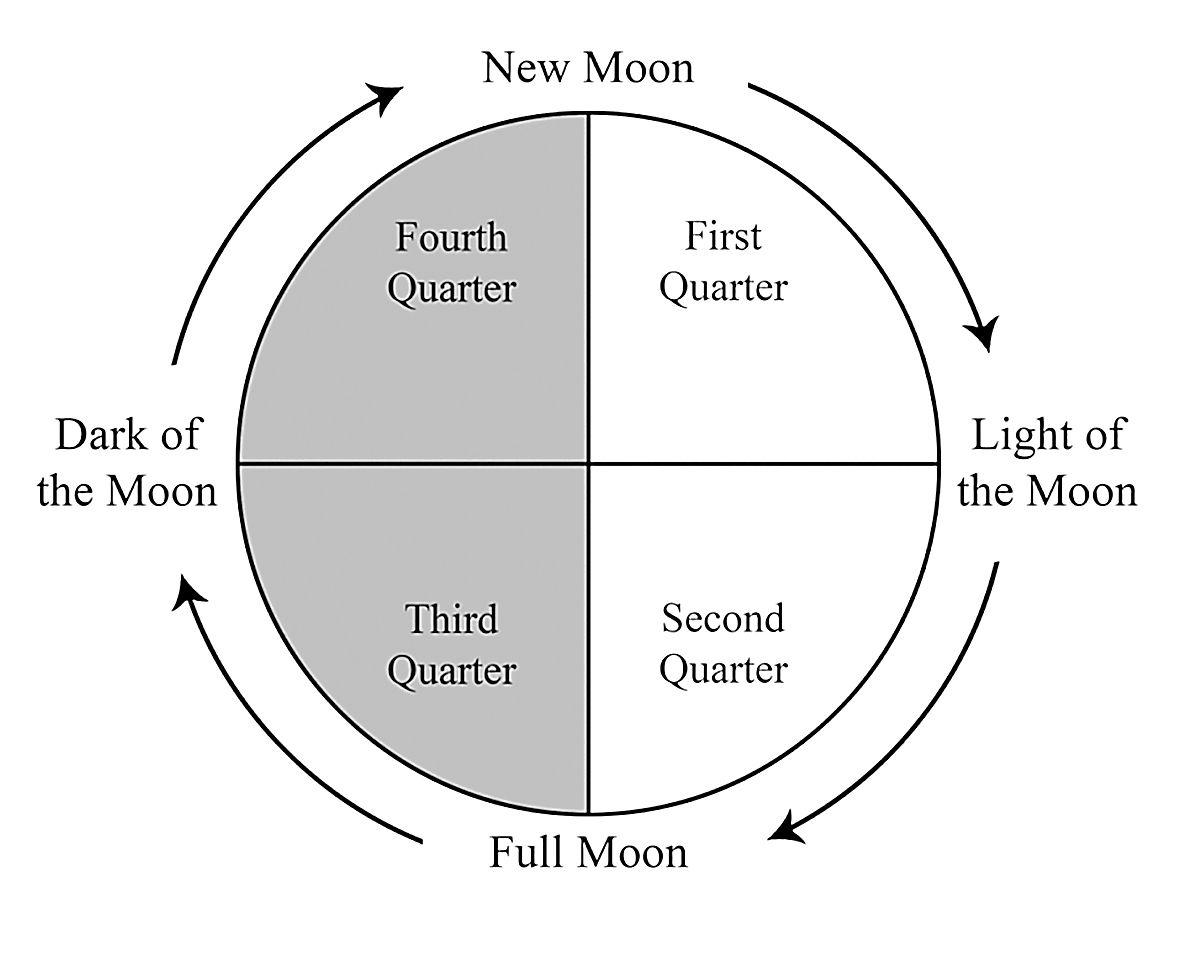 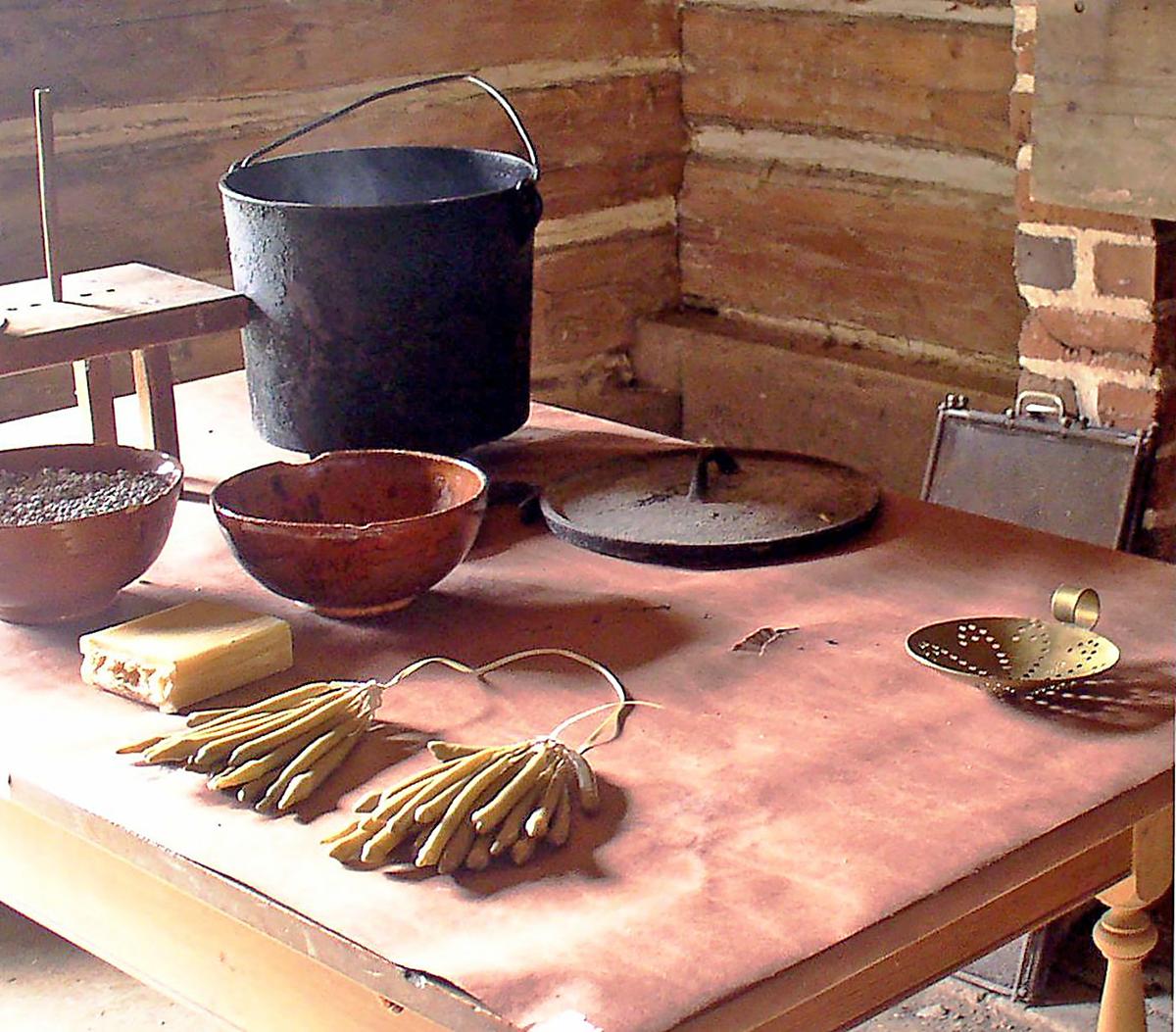 One of the more interesting 18th-century superstitions involved candle dipping. It was widely believed a broken candle foretold a bleak future for the family. 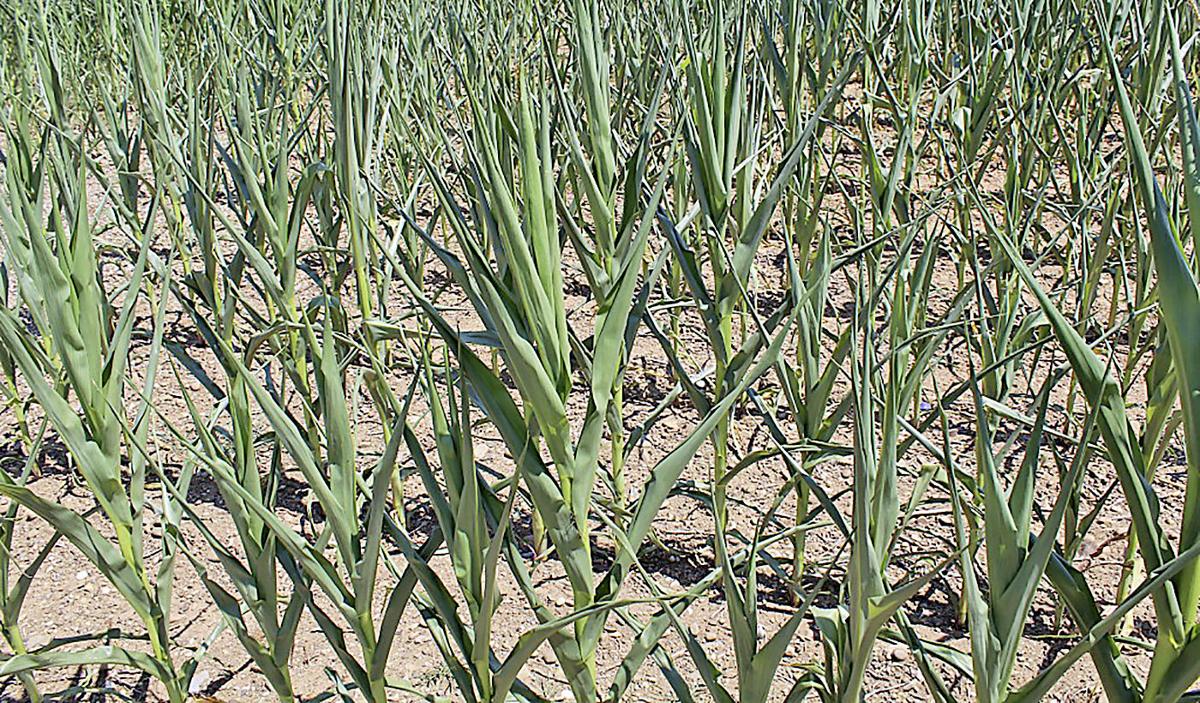 An old adage states corn should be knee-high by the Fourth of July.

One of the more interesting 18th-century superstitions involved candle dipping. It was widely believed a broken candle foretold a bleak future for the family.

An old adage states corn should be knee-high by the Fourth of July.

The early settlers considered the phases of the moon to be of great importance and that planting during certain phases would influence crop growth and yield. They believed that grains should be planted during the waxing of the moon – the period between a new moon and full moon. It is during this period that the moon gains illumination each night, building toward the full moon. It was believed that when the moon entered its crescent phase, onions should be planted when the moon’s “horns” were down, but beans and potatoes should be planted when the “horns” were facing up. German and Scottish settlers believed that the sowing of flax should be done on Good Friday. Good Friday, the Friday before Easter Sunday, is determined by the March equinox.

It wasn’t just agriculture that was determined by superstitions. Germans believed that wedding dates should be determined by moon phases. Marriages should only be made during a full moon. To do otherwise would mean an unhappy marriage or even difficulty having children. The moon under which your child was born could also determine their temperament, health, and prosperity. Many Irish and Scottish settlers even cut their hair by the phases of the moon. Cutting hair on the Friday following a full moon meant good luck and that your hair would grow thick.

A great number of 18th-century traditions had to do with omens of bad luck. German settlers felt that it was bad luck to carry a hoe into your house. If you would mistakenly carry one in, you should walk backwards, retracing your steps, taking the bad luck back outside. The Scottish felt it was bad luck to begin anything new on a Friday. If you completed a task on Friday, then you wait until the next day to begin a new one. Many Irish felt that you should hang the branch of an evergreen tree in the rafters of your home to bring good luck. The aroma would ward off any evil spirits. Witch hazel could also be collected and placed in water to deter evil spirits from entering a home.

One of the more interesting superstitions involved dipping candles. Besides sunlight, candles were the primary source of illumination in the 18th century. Throughout the year, fat would be rendered down into tallow, and wicks would be dipped into it repeatedly, slowly forming a candle. During this process, it was common for settlers to keep animals such as dogs away. Though this was done to keep the animals from damaging the candles while they were drying, there was another, less practical reason for this. It was widely believed that a broken candle foretold a bleak future for the family. Also, if a dog were to walk under the drying candles and they would drip on its back, it was said that a candle would burn over a dead body before the year’s end.

Superstitions and traditions such as these were prominent throughout Western Pennsylvania. They traveled over the Allegheny Mountains with settlers coming from the east. Before that, the superstitions made their way across the ocean from Europe. They have been passed down over centuries, and many continue to be held to this day. Just as I remember them growing up, I am sure they will passed down to the next generation. The superstitions and traditions may change a little, but ties can be found all the way back to the 18th century.