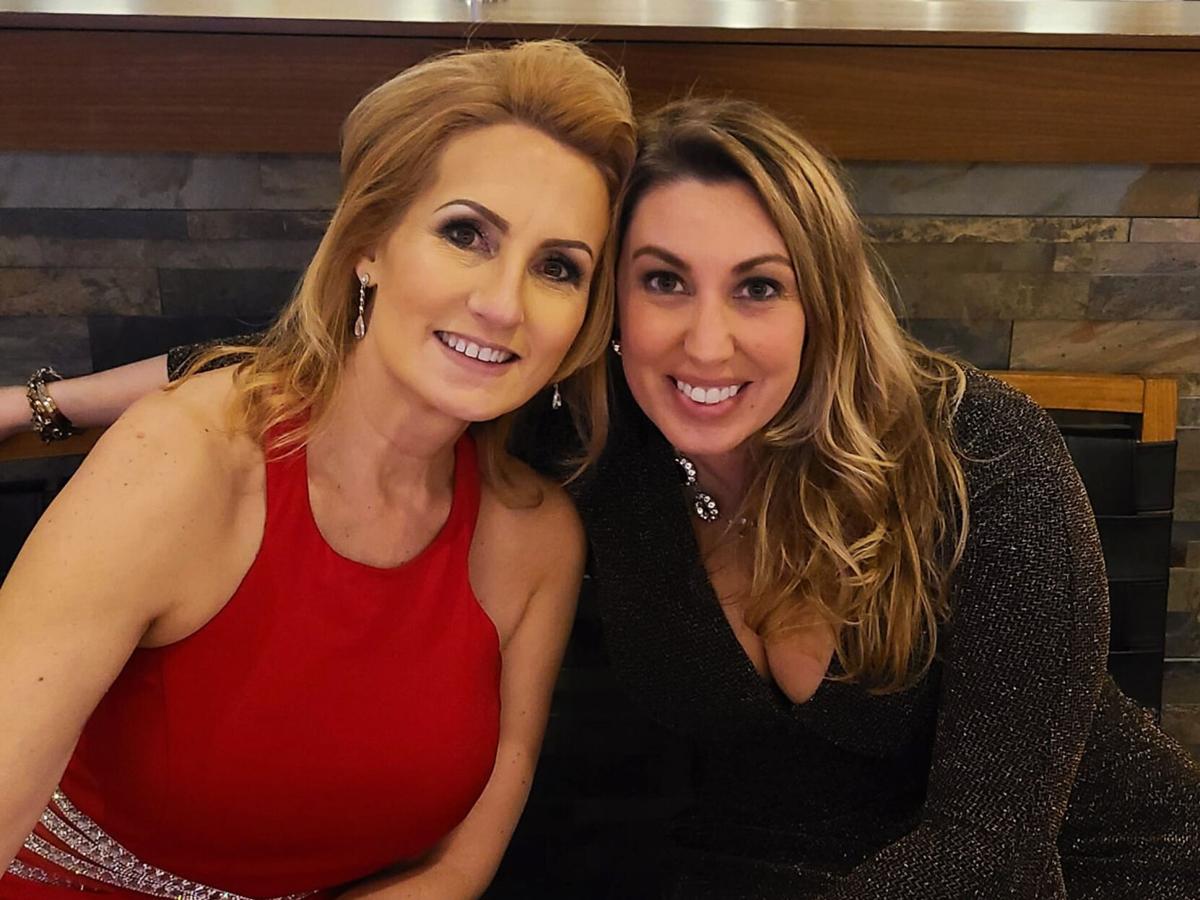 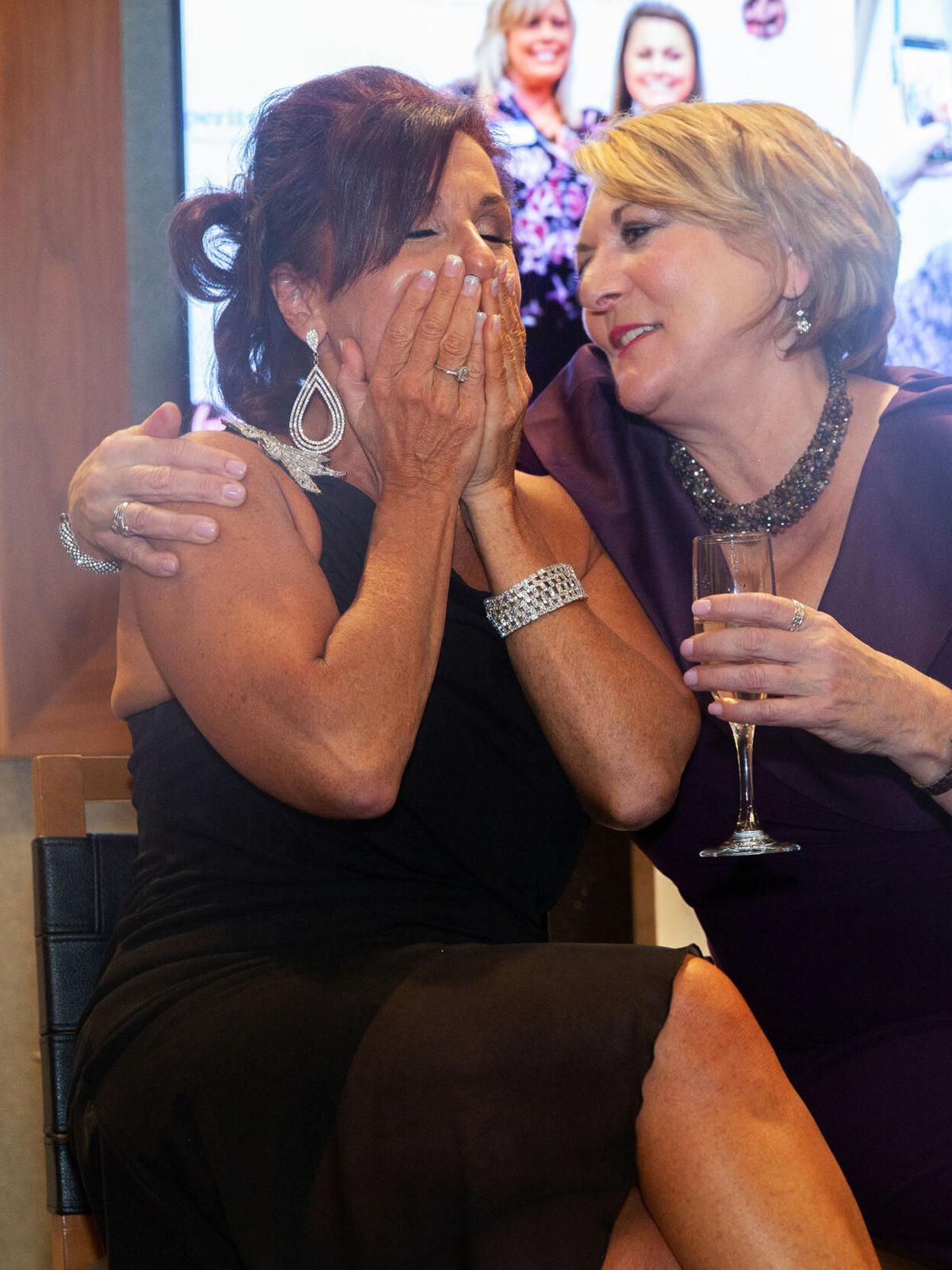 On learning of her WIN Woman of the Year award, Maria Allshouse is congratulated by fellow nominee Kim Adley during the organization’s February event at Fogo de Chão. 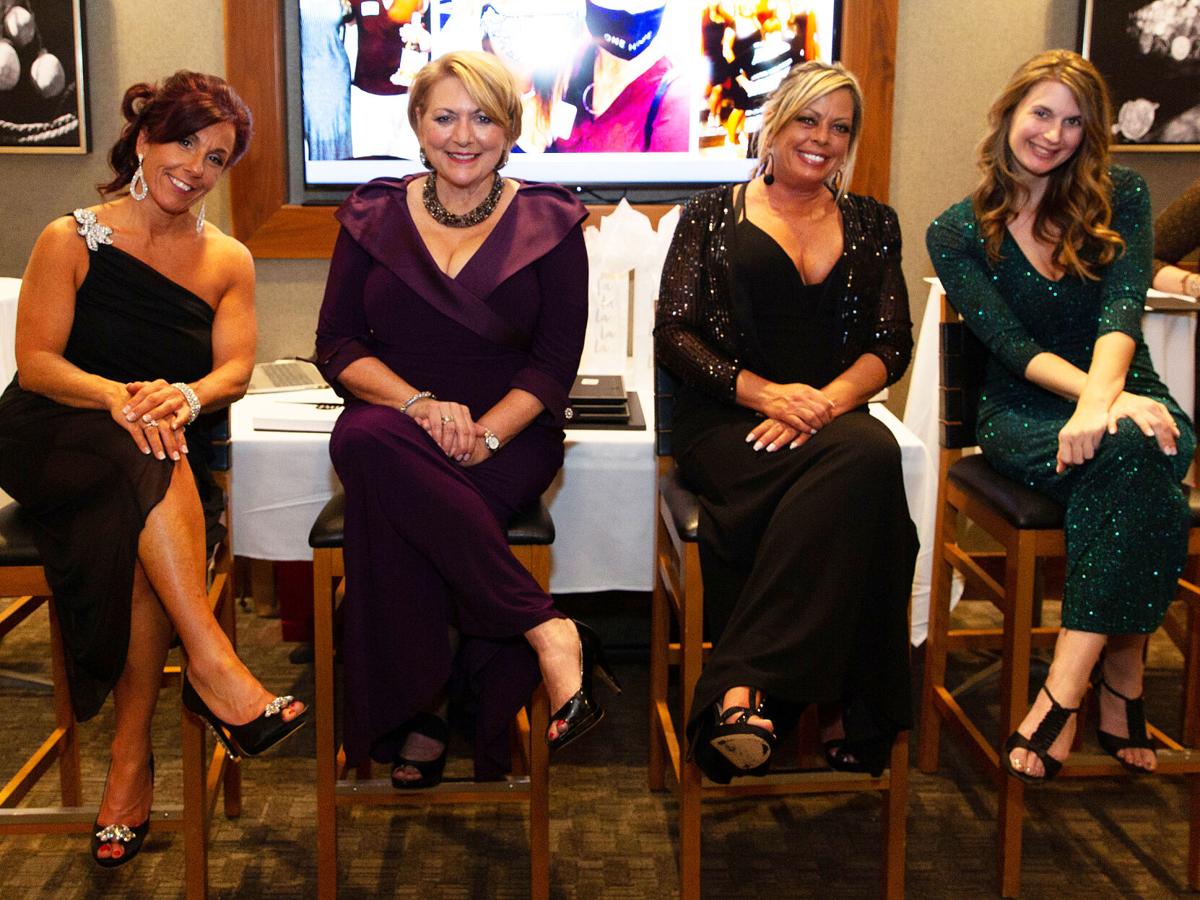 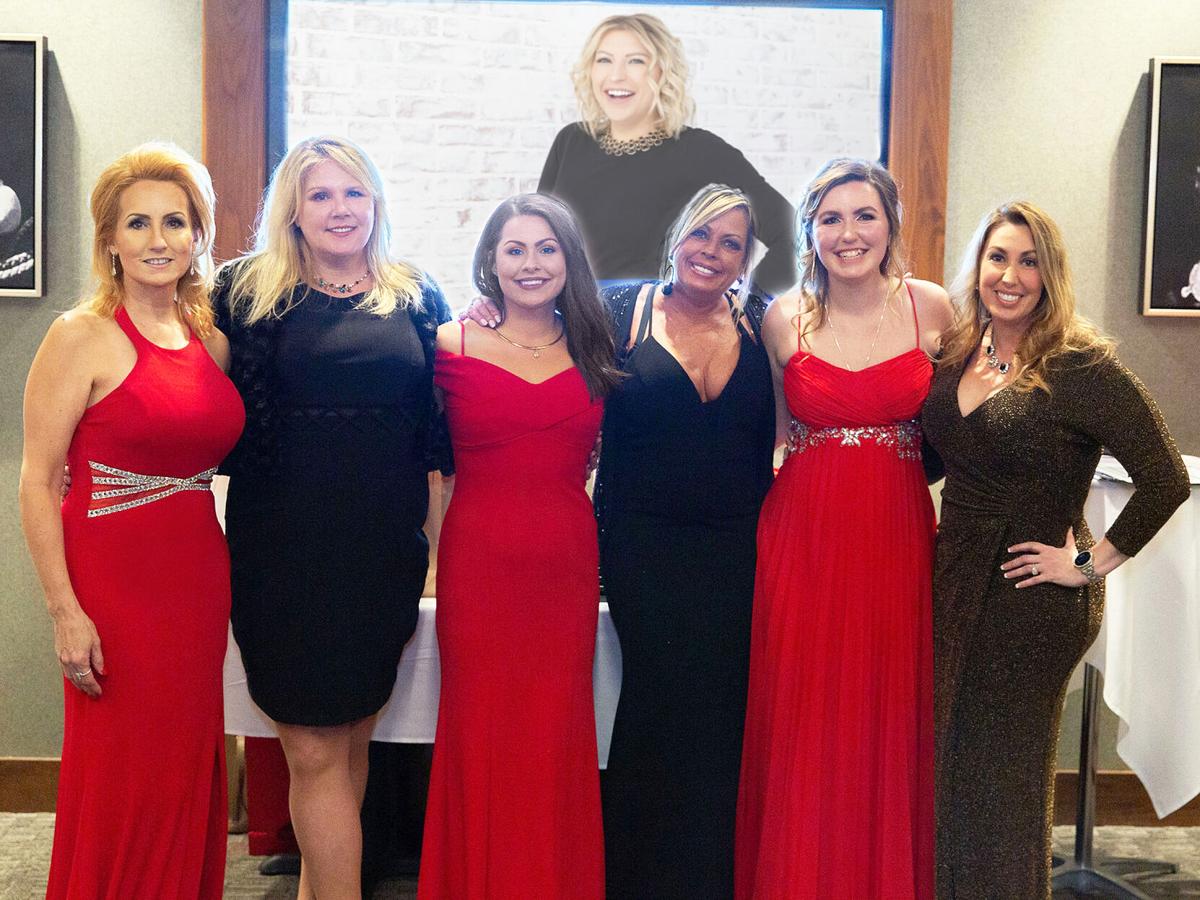 At the start of 2020, the National Association of the Women’s Interactive Network was ready to expand regionally, with new chapters in the seats of Washington, Westmoreland and Butler counties.

Everything seemed to be proceeding as planned when members of the networking and philanthropic organization met last February for their regularly scheduled Wednesday meeting at the Walnut Grill in Collier Township.

A few weeks later, everything changed. And WIN changed right along with it.

“We transitioned very well into this virtual world,” Pomaybo said. “We started a virtual luncheon the first Wednesday of every month, and we had amazing support and amazing attendance.”

Members also have had the opportunity to gather online for the likes of Friday happy hours and Houseparty game nights.

“We also ran some virtual contests on social media, and we called it the Rise Up Challenge,” Pomaybo said. “It was all about promoting kindness and supporting people in these trying times.”

Support has been a key component from the organization’s standpoint, according to South Park Township resident Kelly Frost, WIN-Pittsburgh director.

“Our goal was to really keep our members together, because we saw a lot of different groups that were kind of separating, and people were kind of getting down and out. So we wanted to have specific times that everybody looked forward to,” she said. “And I think that really made a difference.”

So did a change to WIN’s membership structure.

“Because of the pandemic, a lot of people were struggling financially, and we decided to do a barter system. You could barter your services or your volunteerism at some of our events,” Frost explained, in exchange for a 50% discount in dues.

The WIN Exchange, as it is called, helped lead to an unexpected milestone: “It was the best year of membership in the history of WIN,” Pomaybo reported.

By the summer, the organization was able to host some in-person events, and the leaders decided to schedule a holiday party, featuring the announcement of the WIN Woman of the Year, for December.

“And then, because of the pandemic, we had to reschedule for February,” Frost said. “Instead of ‘woe is me and what are we going to do,’ we just kind of turned around and made it even bigger and better. We actually had even more people signing up to become a part of this.”

Held at the downtown Pittsburgh restaurant Fogo de Chão, the event proved to be another WIN success.

“It was a night that was just full of inspiration, and a tremendous outpouring of support and love,” Pomaybo said, “just something that I think everybody really needed right now.”

As for the Woman of the Year, the winner was South Fayette Township resident Maria Allshouse a certified health and wellness coach who teaches nutrition and behavioral change toward a physically fit lifestyle. She walks the walk, too, having transitioned her own lifestyle into significant weight loss and subsequent maintenance.

Allshouse the same night was named winner of the Rise Up Challenge.

WIN members received nominations based on several criteria, including their support of women personally and professionally, and participation in the organization’s philanthropic causes.

“The women of WIN, we’re all at a position in our lives or careers where we’re ready and willing and able to give back to each other, to the community and to the organizations that we serve,” Pomaybo, who lives in East Deer Township, explained. “So everything we do has a component of mentoring, networking and educating, and the charity component.”

For example, the Woman of the Year event benefited No Kid Hungry, the only national campaign committed to ending childhood hunger in the United States, and the WIN Hardship Fund.

All of those types of efforts contribute to WIN’s overall stated mission, as Pomaybo said:

“We network with a purpose.”