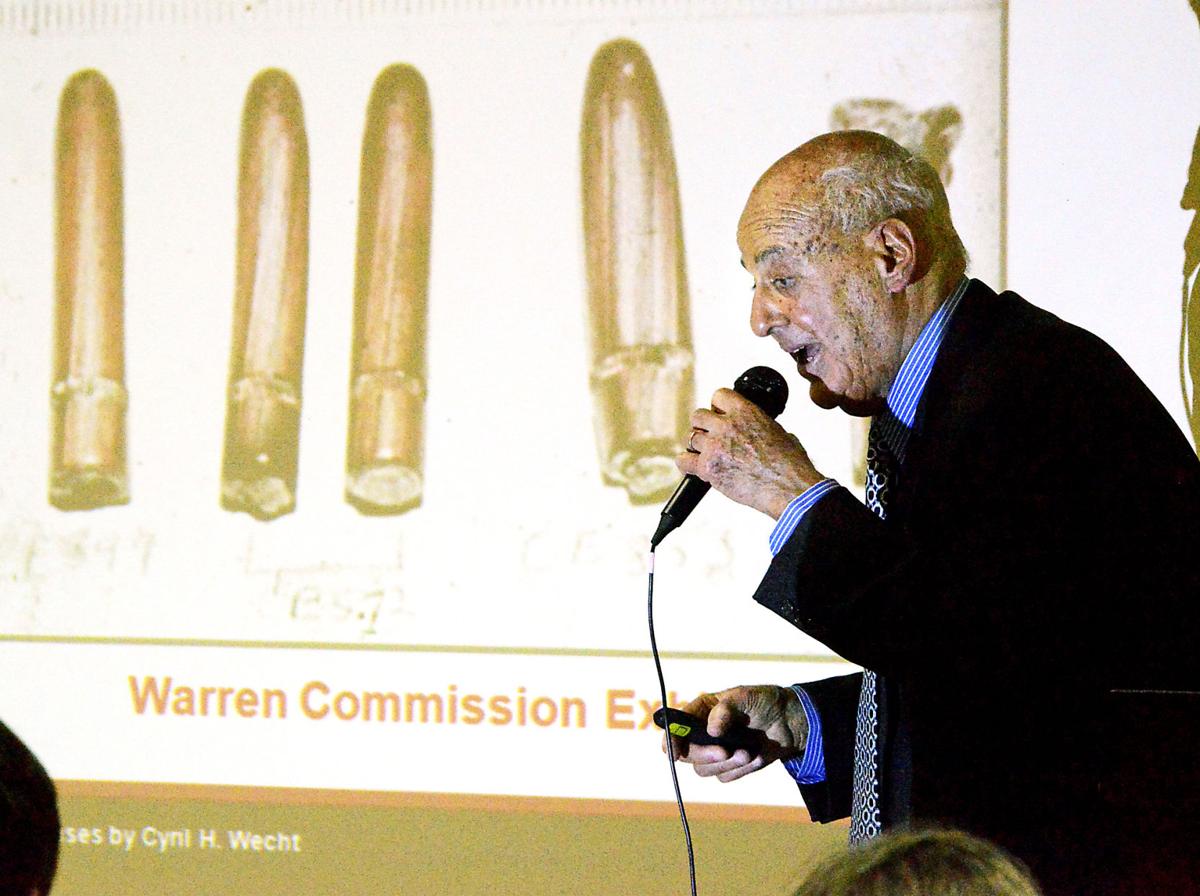 Forensic pathologist Dr. Cyril Wecht gives an audience at Citizens Library his interpretation of ballistic evidence from the investigation into the assassination of President John F. Kennedy. 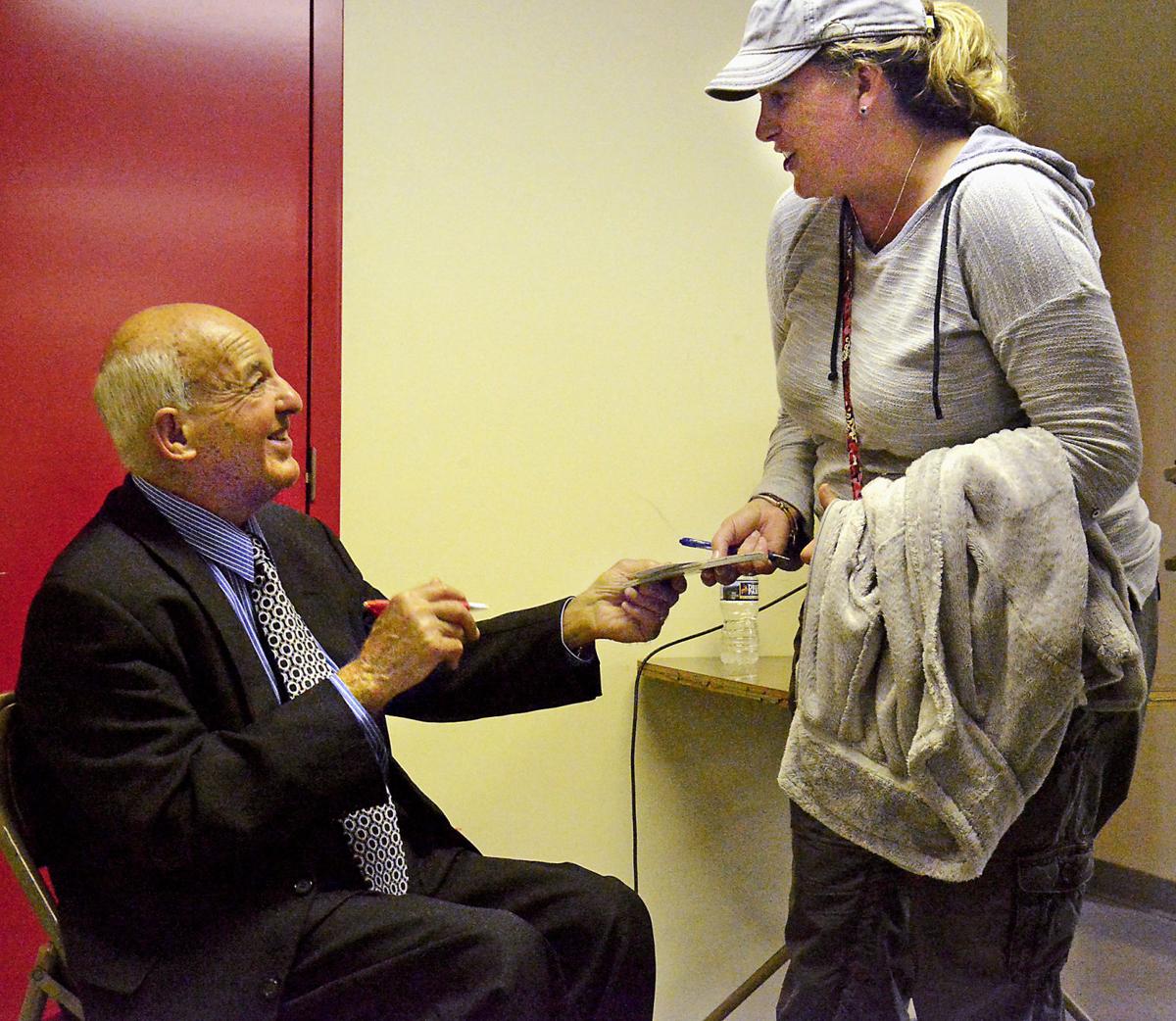 Tiffany Cipoletti gets an autograph from forensic pathologist Dr. Cyril Wecht. Citizens Library hosted Wecht for a discussion of his significant cases Wednesday. 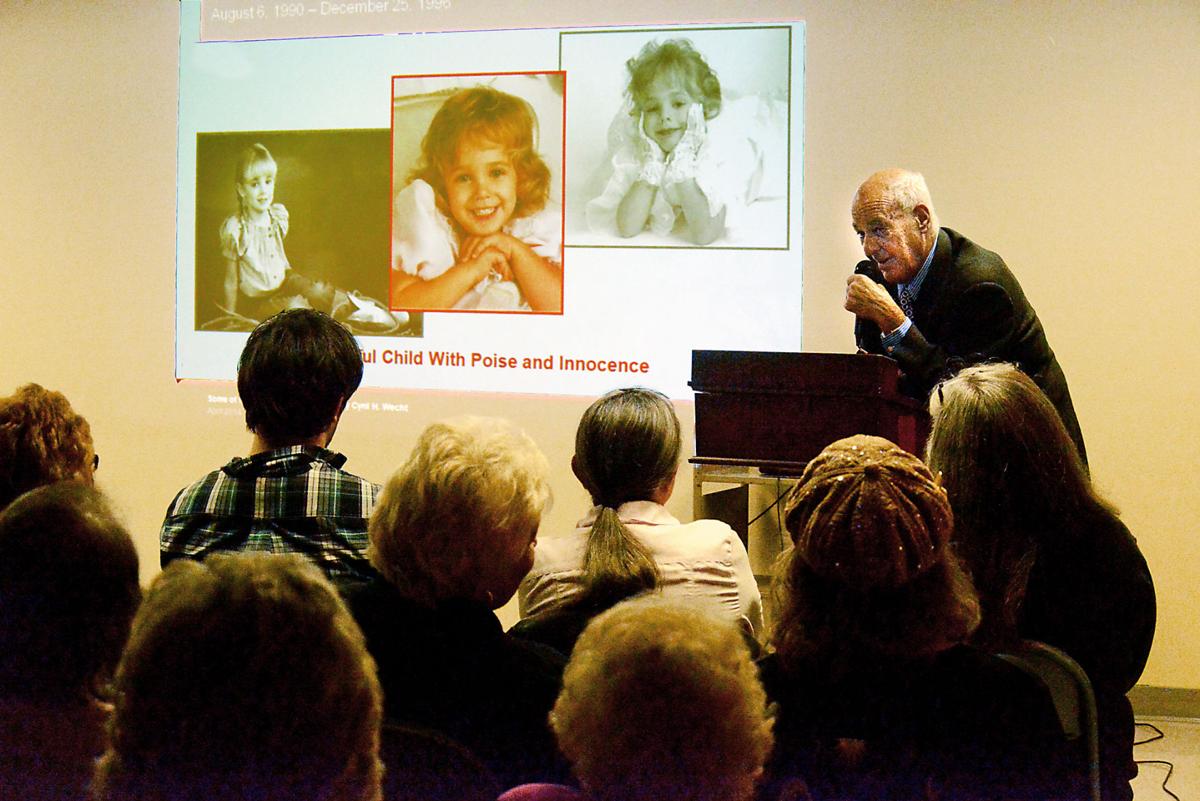 Dr. Cyril Wecht gives a capacity crowd at Citizens Library in Washington his opinions on the JonBenet Ramsey murder case. Wecht spoke Wednesday as a guest of Friends of Citizens Library.

Renowned forensic pathologist Cyril Wecht shared details of some of his most famous cases Wednesday at Citizens Library in Washington.

Wecht, 86, who was born in Bobtown, Greene County, has performed more than 20,000 autopsies and reviewed or consulted on an additional 40,000 cases in a career that has spanned six decades.

Best known for his involvement in the assassination cases of President John F. Kennedy and his brother, Robert Kennedy, Wecht also has been a consultant on several high-profile cases, including JonBenet Ramsey, Sharon Tate, Daniel and Anna Nicole Smith, Vincent Foster and Sunny von Bulow.

Wecht – using two audience members to re-create the assassination of President Kennedy – spent the bulk of his hour-and-a-half-long appearance disputing the Warren Commission’s report that a single bullet caused seven entry and exit wounds in Kennedy and Texas Gov. John Connally, killing the president and wounding Connally Nov. 22, 1963, as they drove through Dealy Plaza in downtown Dallas.

Wecht was the first nongovernment forensic pathologist given access to the Kennedy autopsy files, which he examined at the National Archives in 1972.

He also appeared on the front page of The New York Times and made international news in August 1972 when he found the president’s brain had gone missing.

“Forty-five years later, no one has accounted for the president’s brain,” said Wecht. “Why? If the brain were to be examined, that would prove that the president was struck in the head with shots coming from both behind the picket fence (on the grassy knoll) as well as from the rear.”

Wecht also showed frames from the Zapruder film, which was shot by Abraham Zapruder with a home movie camera and unexpectedly captured Kennedy’s assassination, to point out the amount of time it took for Kennedy’s killer, Lee Harvey Oswald, to fire his rifle.

“The most skilled marksman takes 2.3 seconds from shot to shot” using the weapon Oswald carried that day, Wecht said.

But the Zapruder film – the single most important piece of evidence in the case, Wecht said – shows Connally being wounded 1 ½ seconds after Kennedy was shot.

He also noted the two U.S. Navy pathologists who performed the autopsy at Bethesda Naval Hospital in Bethesda, Md., had never performed a gunshot wound autopsy in their careers.

Wecht said he believes documents about Kennedy’s assassination that were withheld last week, when 2,800 files were released, will shed light on the CIA’s relationship with Oswald.

Wecht shared insights into other cases, including his belief that a second shooter besides Sirhan Sirhan was present when Robert Kennedy was killed while campaigning for the presidency June 5, 1968.

About 200 people attended Wecht’s lecture, which originally had been slated for last week but was reset because of a scheduling error.

“I thought it was very interesting. I was shocked with what he said about Robert Kennedy,” said Marian Kerecki of Houston. “I enjoyed the evening.”