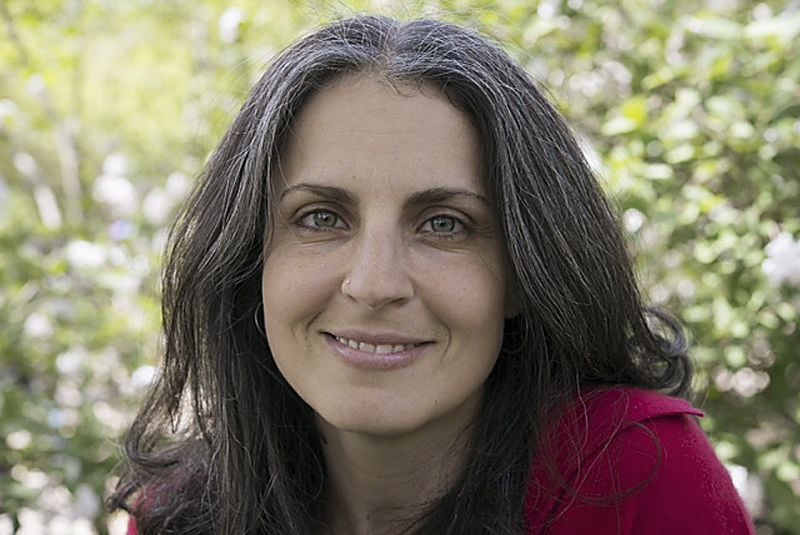 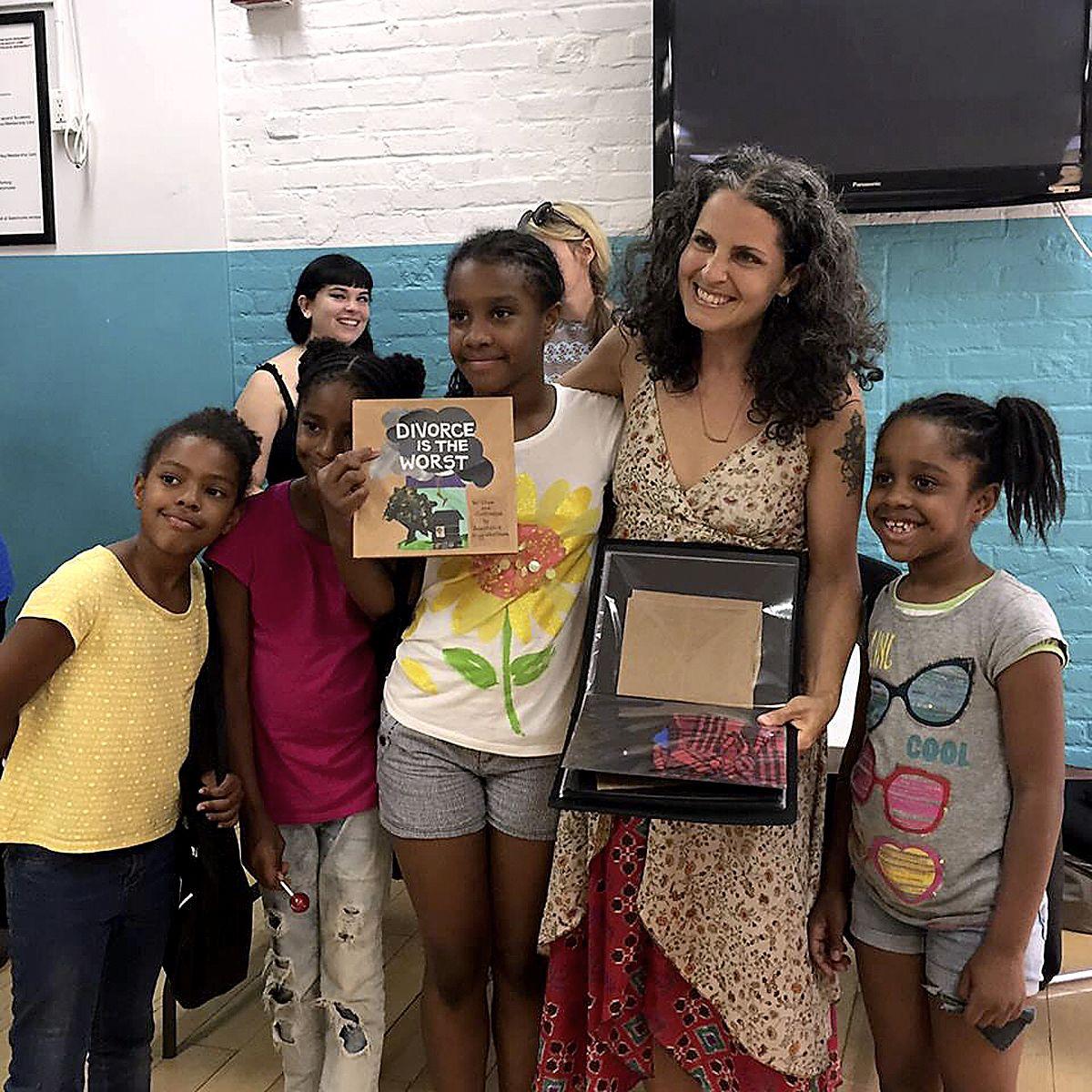 Anastasia Higginbotham poses for a photo during an appearance in Harlem to promote her latest book. 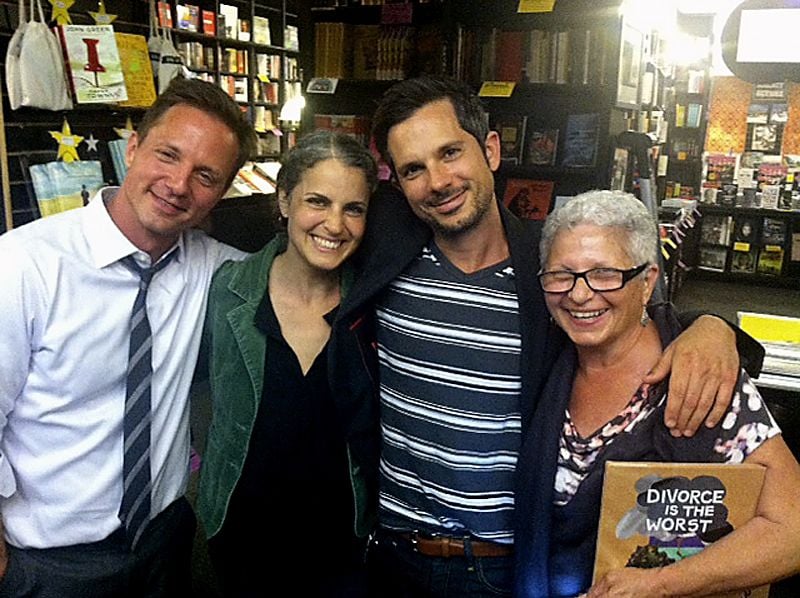 Anastasia Higginbotham, second from left, is shown at Book Soup in Los Angeles with Steven Petrarca, left, her brother Abraham, and her mother, JoAnn Piccioni. 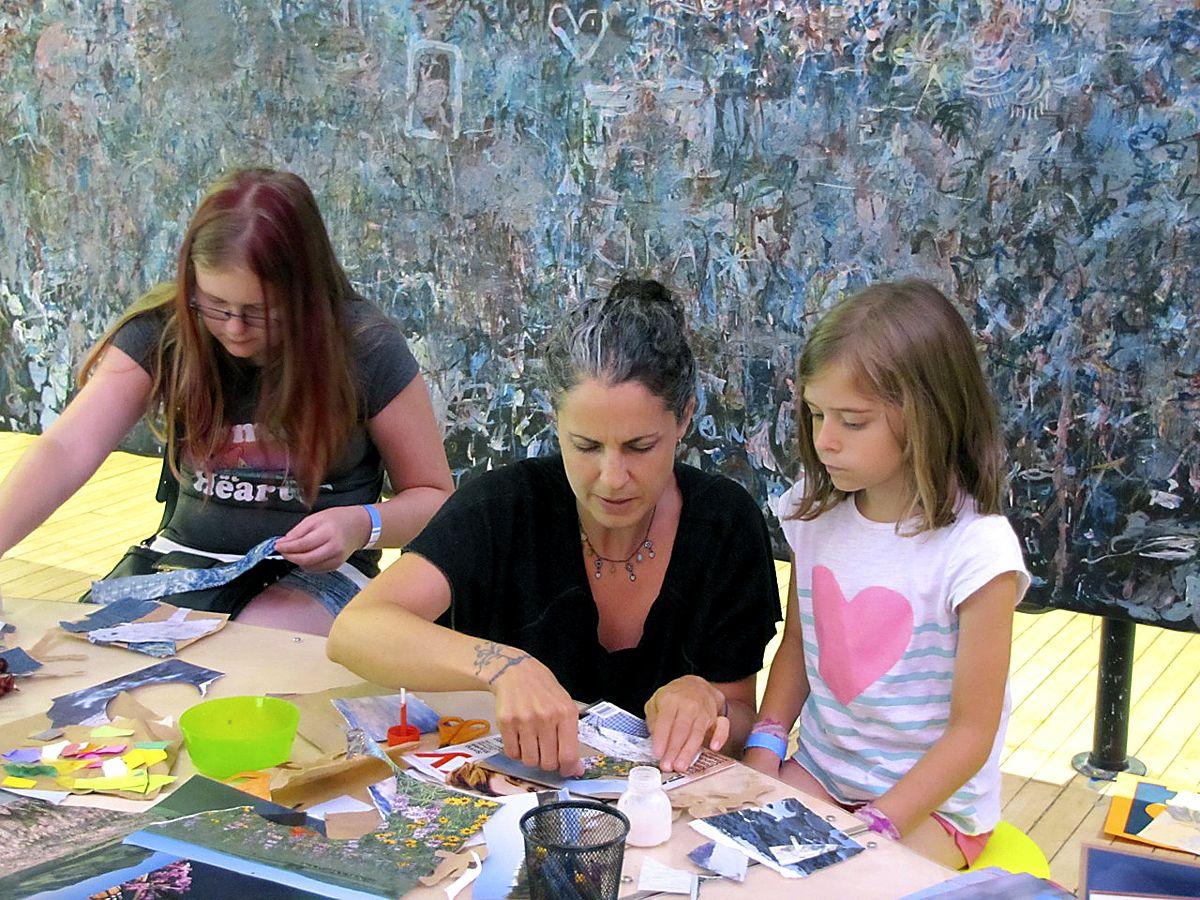 Writer and illustrator Anastasia Higginbotham makes collages with children during an appearance at the Children’s Museum of Pittsburgh.

Anastasia Higginbotham poses for a photo during an appearance in Harlem to promote her latest book.

Anastasia Higginbotham, second from left, is shown at Book Soup in Los Angeles with Steven Petrarca, left, her brother Abraham, and her mother, JoAnn Piccioni.

Writer and illustrator Anastasia Higginbotham makes collages with children during an appearance at the Children’s Museum of Pittsburgh.

When Anastasia Higginbotham was 14 years old, her parents told her and her four siblings that they were getting a divorce.

Nearly 30 years later, it’s safe to say Higginbotham has finally come to terms with the breakup.

Higginbotham, a Trinity High School graduate who now lives in Brooklyn, N.Y., wrote and illustrated a children’s book, “Divorce Is The Worst,” which legitimizes children’s experiences and emotions as they grapple with divorce.

The book is the first in a series published by the Feminist Press called Ordinary Terrible Things.

The picture books tackle common childhood experiences that can be traumatic and confusing; among them are death, chronic illness, bullying and sexual abuse.

The idea for the book series formed after Higginbotham, a freelance writer and speech writer for nonprofit social justice organizations, noticed real trouble in adulthood can often be traced to two or three challenging, but ordinary, early life events.

“It’s things like bullying or friendlessness in school, or when a family member dies, or your parents’ unhappiness, that are just so common, we have a tendency to go, ‘That’s life, that’s what happens, you’ll get over it,’” said Higginbotham, 43, and the mother of two boys, ages 10 and 5. “But those experiences matter. It’s a rich time for a kid, or anyone, when things go really badly. If we can acknowledge their efforts to cope and grow through something awful, they can be proud of that moment instead of haunted by it for life.”

Higginbotham chose to write about divorce first in the series because her parents’ separation was, she said, “the moment in my life that woke me up to everything.”

“I had so much invested in my version of our family. We all had A-names, and I was proud of the five kids with the names that matched, and how we went to (Immaculate Conception) Church every Sunday. My parents had high expectations of us. When they decided to divorce, it shattered that whole image and, in my oldest sister’s words, seemed to go against everything they had taught us.”

Higginbotham’s book doesn’t tell children that divorce is for the best. Rather, she encourages children to notice how they’re feeling throughout the divorce and trust that their experience matters.

“There’s some resistance to the book from parents who feel it suggests that divorce is bad, or they don’t like the title. But this book is meant to let a child know that this divorce is as much theirs as it is their parents’. They get to find the meaning of it themselves, without someone else’s positive spin,” said Higginbotham. “It lets the child have authority over the divorce. That’s missing from other divorce books for kids.”

Over the years, Higginbotham has made books by hand for herself, friends and family.

She has been writing and illustrating since grade school (writing runs in the family – her brother, Abraham Higginbotham, is an Emmy Award-winning writer and executive producer of the television show “Modern Family” and her sister Alaina Money has earned accolades for her blog Build Like A Girl).

“When I was 11, I wrote a book of poetry for my new baby cousin and made construction paper illustrations,” said Higginbotham, who has made a dozen tiny stapled-together books for her sister over the years.

The collaged artwork in “Divorce Is The Worst” comes from magazines and books and scraps of fabric (her grandparents’ cloth napkins, her sons’ jeans, a favorite sock), glued onto squares of brown paper torn from grocery bags.

At the end of the book is an activities section that encourages children to use scraps and paper bags to tell their own story.

The book has been well-received by counselors and child experts, but, more importantly to Higginbotham, children like it.

“They like the angry eyes, the misunderstanding about the horse, the bloody bike crash. The artwork looks like something they could do,” said Higginbotham, whose book tour brought her to the Children’s Museum of Pittsburgh this summer, where she showed children how she crafts the images in her book and worked on collages with them. “It’s approachable.”

Higginbotham started writing about her parents’ divorce when she was 18.

When she was a freshman at University of Maryland, her father remarried, prompting her to write and illustrate a book in Dr. Seuss rhyme about the divorce which she shared with family members, “who laughed till they cried.”

While her parents, Norman Higginbotham and JoAnn Piccioni, got some things wrong – they told the kids “Don’t let this divorce affect you” – they did a lot right, Higginbotham said.

“The part in the book that says, ‘Tell it, kid! And live it: brave and true,’ that’s from my parents. Their fall from grace set them and us free. If they could live how they wanted, so could we,” said Higginbotham, who returns to Washington to visit aunts, uncles and cousins.

Higginbotham has never overcome her wariness of marriage, though she and her partner, Jon Luongo, with whom she has two kids, did marry after 10 years together. Luongo is a child life therapist, musician, and former clown with the Big Apple Circus Clown Care Unit (they performed at hospitals). As a child life therapist, Luongo reduces kids’ stress during hospitalization.

“The divorce made me hate marriage for a long, long time, like right now even, and made me think the vows are empty,” said Higginbotham. “I’m not saying parents shouldn’t get a divorce for fear that it will ruin their kids’ life. But try and let your children be the center of their own divorce story. Your divorce tells them more about who you are. Now, you get to find out more about who they are.”