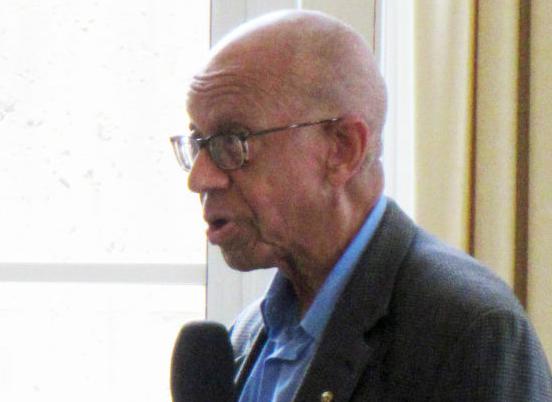 Andrew Goudy, president of Washington’s NAACP chapter, presents a proposal to Washington council for a citizen police review board. 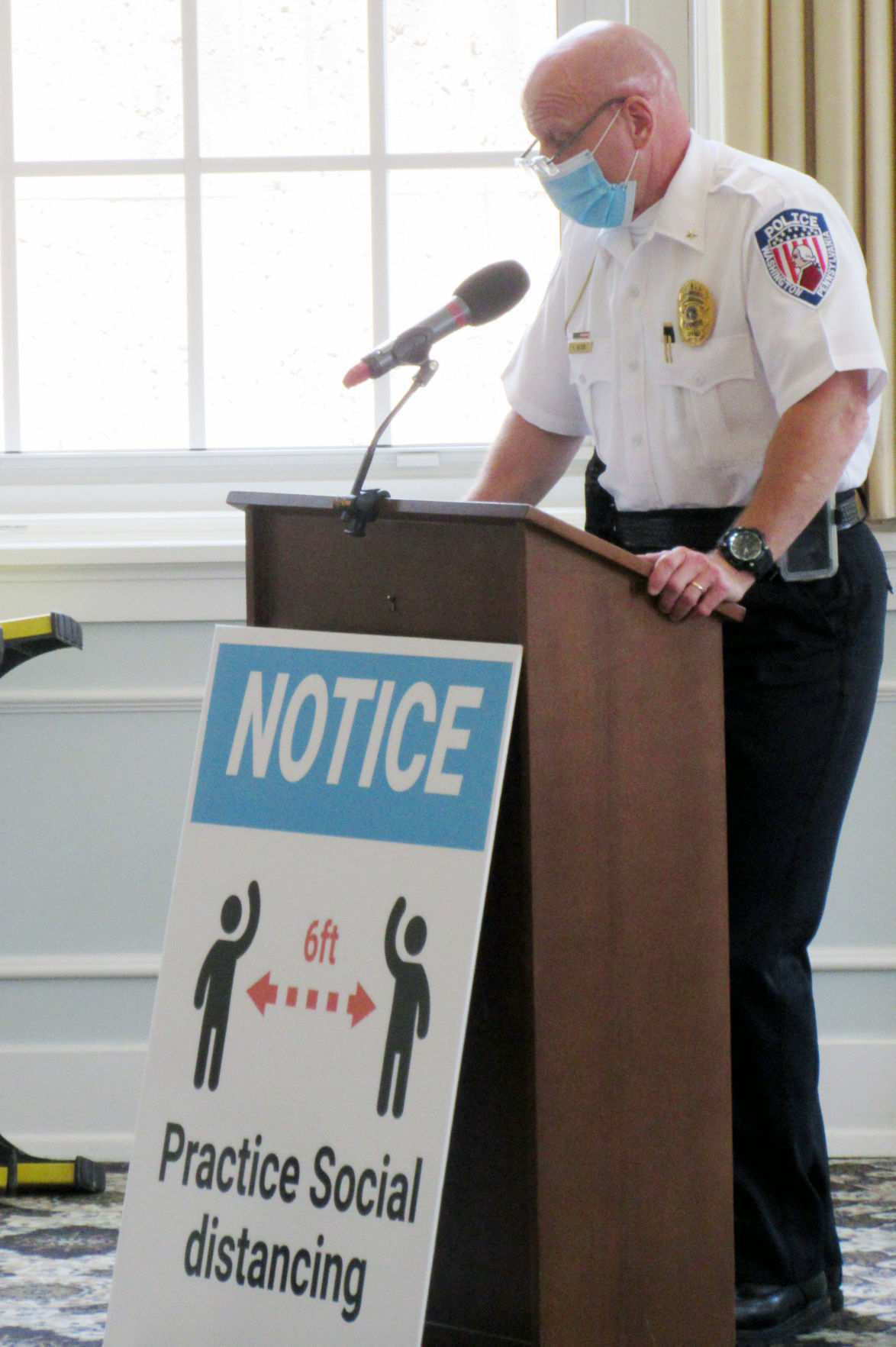 Washington City police Chief Robert Wilson speaks during city council about quarterly conversations his department is having with leaders of Washington’s NAACP.

Andrew Goudy, president of Washington’s NAACP chapter, presents a proposal to Washington council for a citizen police review board.

Washington City police Chief Robert Wilson speaks during city council about quarterly conversations his department is having with leaders of Washington’s NAACP.

The Washington chapter of the NAACP submitted a request to city council Monday for the creation of a citizen police review board to investigate potential complaints against city police officers.

“Its goal is to receive, investigate and recommend appropriate action on complaints regarding police misconduct and to improve the relationship between the police department and the community,” said NAACP president Andrew Goudy, who read the proposal to council during an agenda meeting.

The proposal comes weeks after a Minneapolis police officer was charged in the death of an unarmed African-American man, George Floyd, leading to nationwide protests and civil unrest. Washington residents held peaceful protests in conjunction with the Black Lives Matter movement May 30 and June 6.

“The relationship between the police department and the black community could be better,” Goudy said in an interview.

According to the proposal, the board would consist of seven residents of Washington, who would serve a four-year, unpaid term. The proposal states the mayor would appoint three members to the board and would select the other four from list of candidates submitted by the entire council.

“While serving, board members will oversee all aspects of complaint handling: from initial review to public hearings and meetings to recommendations, if applicable,” Goudy said.

According to the proposal, the review board would have “full access to all records” within the city and the police department that are “relevant to an ongoing investigation.” The board would only be permitted to “complaints related to police procedures of the city of Washington and complaints about officers employed therein.”

Washington police Chief Robert Wilson said following the meeting when it comes to accessing information about officers, the city’s human resources department and the police union would likely be involved. He said the union is aware of the proposal that was presented today, and he suspects it will want to be involved in further conversations about the board.

“I am not opposed to anything that will help bridge the divide between the community and this police department,” Wilson said.

David Gatling, who sits on the executive board of Washington’s NAACP, said one thing he would like to see improved through a review board is the complaint filing process.

If someone intends to file a complaint against a Washington officer, they have to do it alone, in person at the station, Gatling said.

Wilson said the department’s complaint filing regulation ensures the citizen provides a narrative in their own words, uninfluenced by other people.

Both he and Wilson said they’ve started to meet quarterly, to maintain better communication and have more open dialogue about needs in the community.

Council member Joe Manning said since Wilson became chief of the department, “the city has not been stagnant,” in attempting to reach minority candidates when recruiting new police officers.

Manning told Goudy he would pass the proposal to Mayor Scott Putnam for review, as Putnam wasn’t present at Monday’s meeting.

Wilson said he anticipates council needing additional time to review the proposal before approving it at the next voting meeting, which is Thursday.

Wilson said he doesn’t see a “great divide” between his department and the community, but that “anything that brings us back together is a good thing.”

“I’m open to anything that will help,” he said.