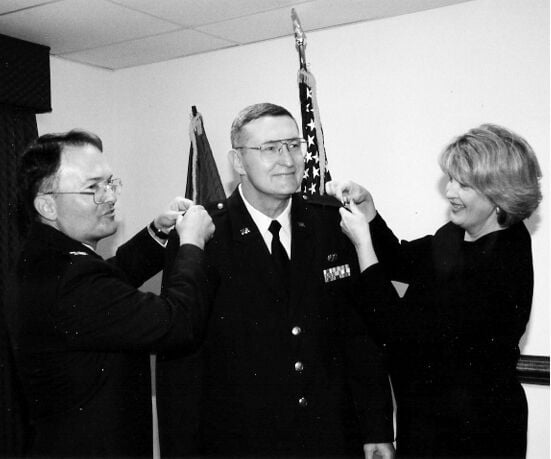 Ret. U.S. Air Force Col. Dennis Daley, center, is shown at a pinning ceremony when he assumed the rank of lieutenant colonel. His late wife, Candy Kertesz Daley, right, places the pin on his lapel. The photo was taken a few months before the 9/11 attacks. Daley was inside the Pentagon when it was attacked. 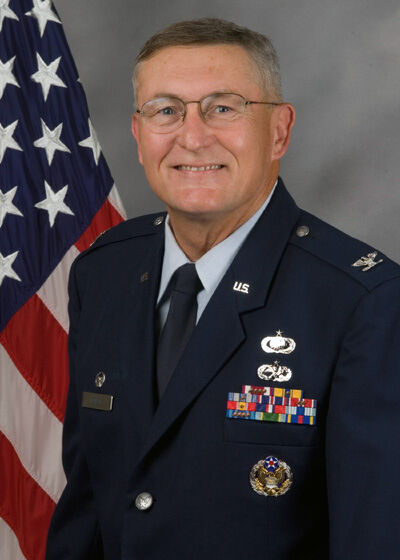 Ret. U.S. Air Force Col. Dennis Daley when he assumed command of the 436th Maintenance Group at Dover Air Force Base in 2007 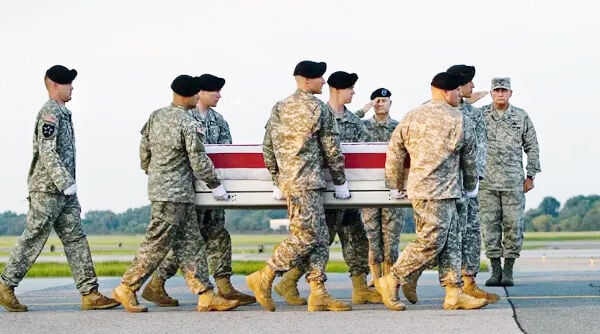 Ret. U.S. Air Force Col. Dennis Daley, center, is shown at a pinning ceremony when he assumed the rank of lieutenant colonel. His late wife, Candy Kertesz Daley, right, places the pin on his lapel. The photo was taken a few months before the 9/11 attacks. Daley was inside the Pentagon when it was attacked.

Ret. U.S. Air Force Col. Dennis Daley when he assumed command of the 436th Maintenance Group at Dover Air Force Base in 2007

Ret. U.S. Air Force Col. Dennis Daley had settled into his cubicle in the C-Ring of the Pentagon on Sept. 11, 2001, where he served as an Air Force logistics staff officer.

Daley, a graduate of Burgettstown High School and California University of Pennsylvania, and a former teacher and wrestling coach at Burgettstown and Norwin, recalled that he was struck by the clear, blue autumn sky in Washington, D.C., that morning.

But that idyllic morning was shattered when American Airlines Flight 11 crashed into the North Tower of the World Trade Center.

When United Airlines Flight 175 slammed into the South Tower minutes later, Daley knew the United States was under attack.

“The impact of the World Trade Center attacks was soon apparent to us,” said Daley.

Daley and two fellow staff officers were talking about the attacks when Daley asked if his colleagues were worried the Pentagon might be a target for terrorists.

One of the men responded that terrorists would never consider attacking the Pentagon because the building was well-defended.

A Maryland Air National Guard Colonel who shared Daley’s cubicle responded, “Remember, this day is not over yet.”

Minutes later, Flight 77 crashed into the west side of the Pentagon, a few hundred yards from where Daley sat, killing all 64 people on board and 125 people inside the building.

“Twenty years later I can still vividly remember lifting my head up to listen to the distinct sound of jet engines advanced to maximum thrust settings rapidly approaching the Pentagon. I immediately recognized the sound, and more so what that sound represented,” Daley said.

He turned to run from the window and felt the building shudder each time the fuselage crashed through a Pentagon ring.

“I was so frightened, I just ran. It was one of the times in my life that I thought death was imminent,” said Daley.

He and the 12 colleagues in his department ran out of the building to the Pentagon South parking lot, where they saw a chaotic scene as others fled from the smoke and burning jet fuel.

“People were running and tripping over each other. It was chaos,” said Daley.

Overhead, F-16 fighter jets sped past, and a short time later the U.S. Army military police drove by in Humvees and ordered people to leave the area because they had received an alert that another hijacked airliner was headed toward Washington, D.C.

“It was Flight 93, and we realized later that it probably was headed for the White House,” Daley said.

Meanwhile, Daley’s family, including his son, Patrick – who at the time lived in Mt. Lebanon and had been talking on the phone with his father that morning until the older Daley abruptly said he had to hang up – didn’t know he was safe until hours later.

Daley didn’t have access to a phone after he fled the building, so he gave his son’s phone number to a friend of his who had a cellphone and was collecting telephone numbers of colleagues to contact their loved ones to let them know they were safe.

But phone lines were jammed and his friend never got to make the phone call.

“I thought they knew I was OK, but they didn’t,” said Daley, who didn’t make it back home until about 10 p.m. that night. “They knew the plane hit close to where I was working.”

After the terrorist attacks, Daley’s military duties immediately transitioned to the war on terrorism.

“It changed our country. On Sept. 10 we had believed our biggest threat was the Korean peninsula. On Sept. 11, we started planning for war in the Middle East,” said Daley.

He served as a Maintenance Group commander at Dover Air Force Base in Dover, Del.

He also served as a dignified transfer officer from 2007-2010. One of the military’s most sacred responsibilities, Daley oversaw the final return of hundreds of fallen service members to U.S. soil.

“In 2008, when families were invited to Dover for the arrival, the transfers were so extremely emotional and personal, it was tough seeing the families, who were yards away,” said Daley. “I considered it my personal responsibility to see (the soldiers) home.”

Daley, an engineer for a private firm who splits his time between South Strabane Township and Minneapolis, Minn., plans to attend Mass on Sept. 11, something he’s done on most 9/11 anniversaries.