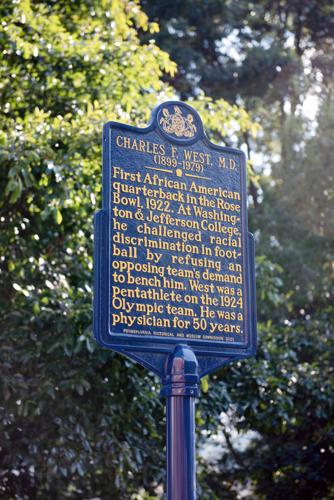 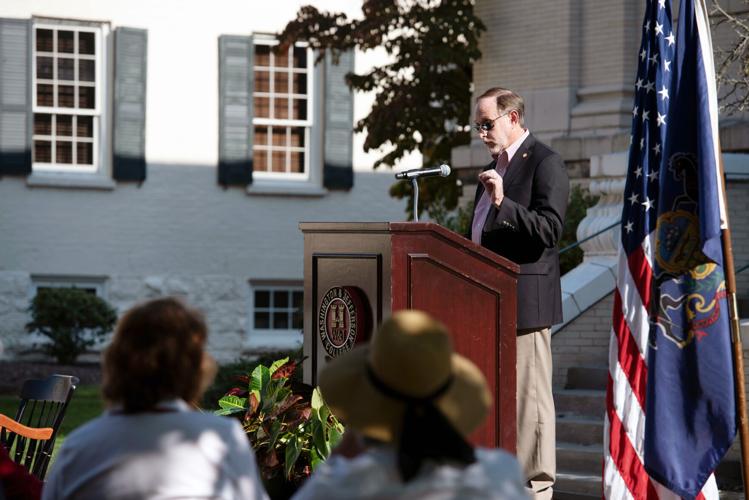 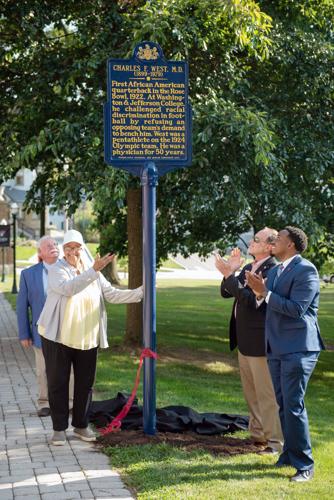 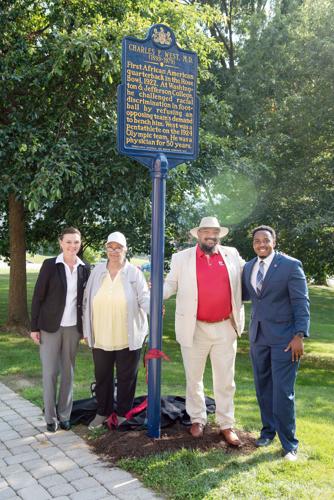 The marker is on W&J’s campus, and recognizes Dr. Charles Fremont West, who graduated from W&J in 1924. West was the first African American quarterback to play in the Rose Bowl, in 1922.

“Over the decades, the story of Charles West has held a special place in the hearts of all in the W&J community,” said W&J President Dr. John C. Knapp in press release issued by the school. “Dr. West personified W&J’s mission to produce graduates of uncommon integrity, and we are better today because of his personal character and fine example.”

After W&J, West attended Howard University Medical School in Washington, D.C., and went on to practice medicine in Alexandria, Va., for 50 years, according to the release.

At the ceremony, Nickens discussed her father’s dedication to serving the poor and thanked the school for supporting him.

“My father was forever grateful to W&J for their support, especially at a time when it was not popular to do so,” Nickens said.

Clark spoke about the impact West had on future generations of African American students.

“I was not only welcomed on campus, I also felt wanted,” Clark said. “I simply can’t overstate the impact that support from the Charles West Program had on me, and still has on me today.”