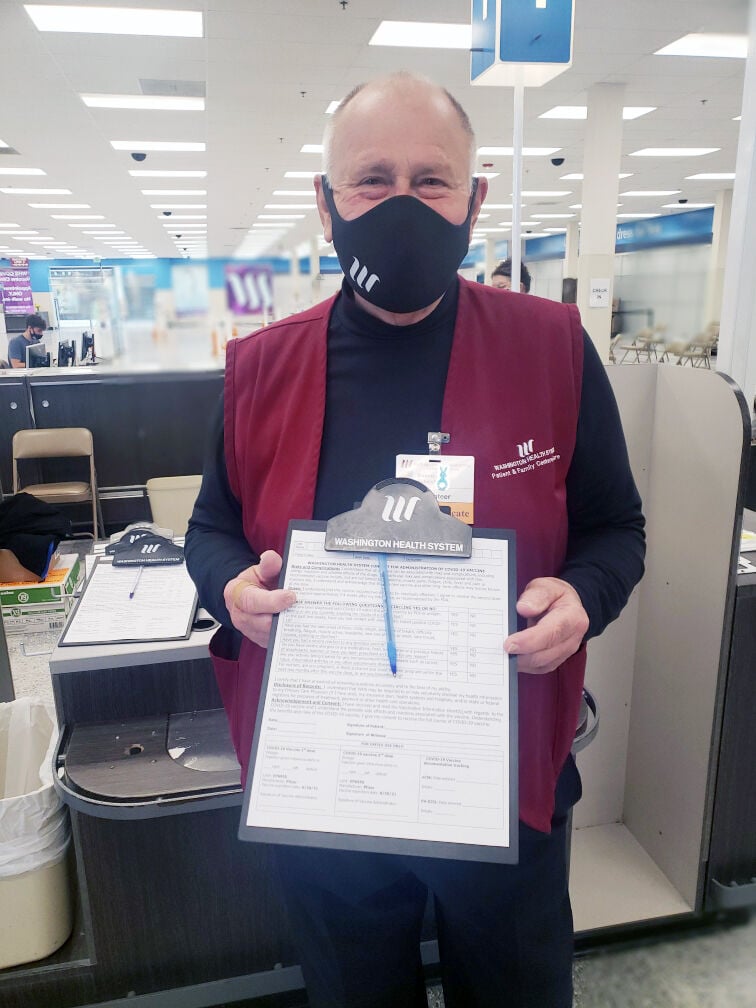 Dennis Schmidt, an eight-year volunteer with Washington Hospital, has been volunteering at the hospital’s vaccine clinics three or four days a week. 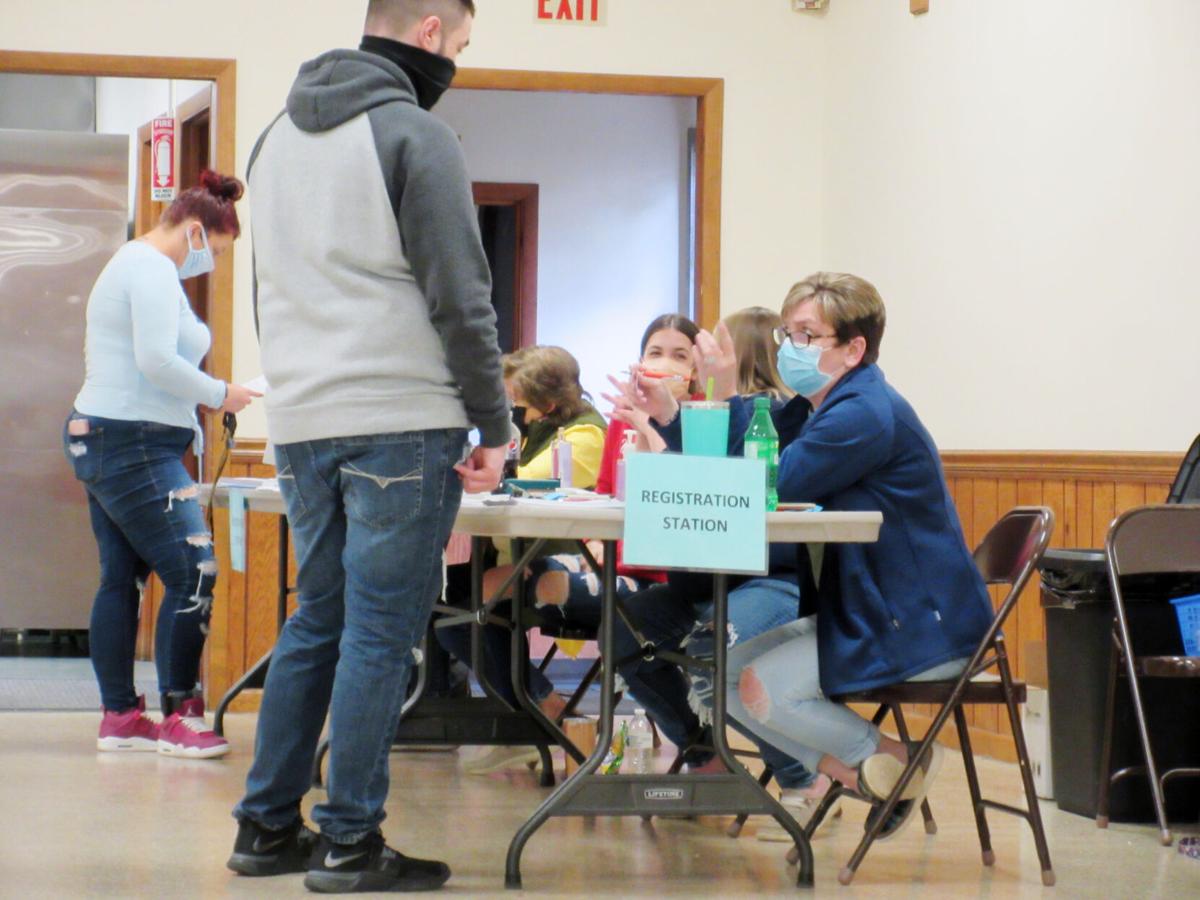 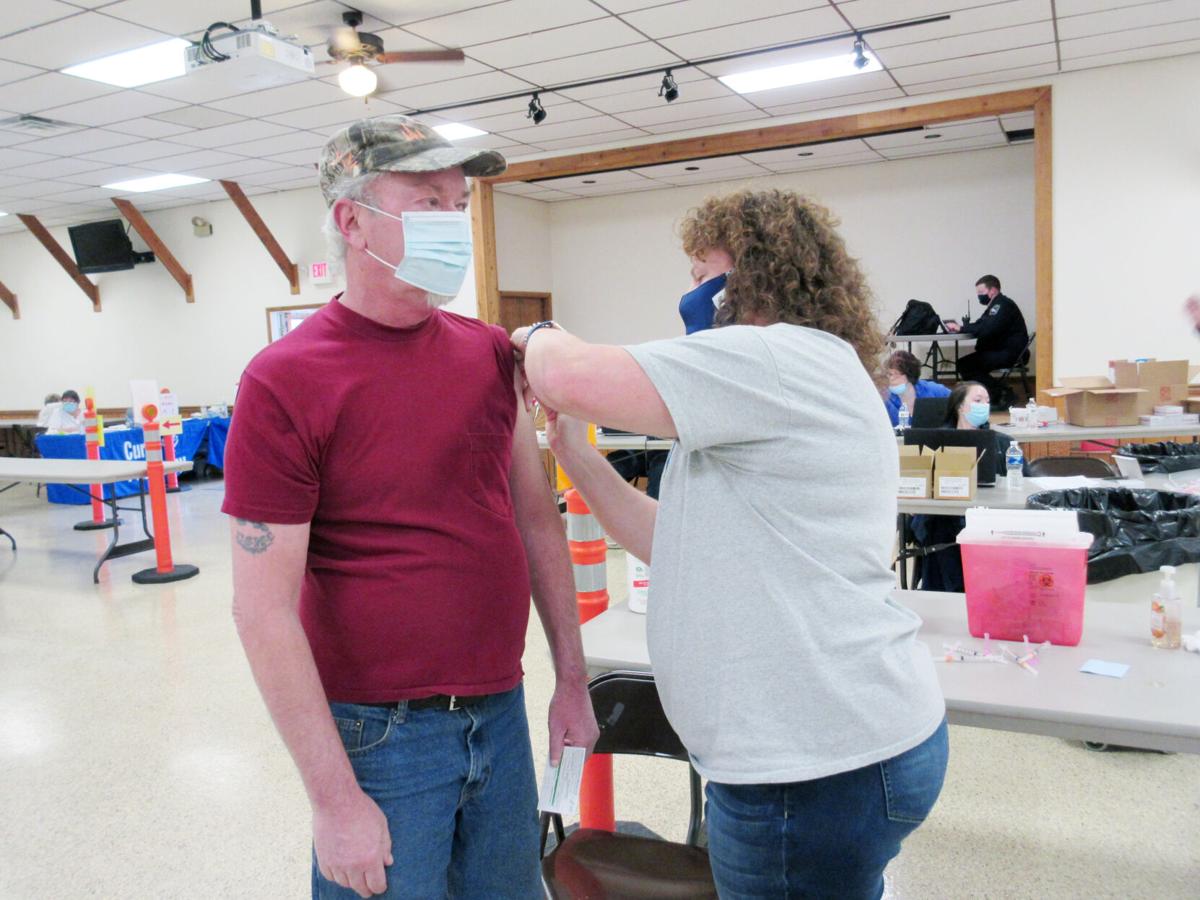 Dennis Schmidt, an eight-year volunteer with Washington Hospital, has been volunteering at the hospital’s vaccine clinics three or four days a week.

The first time Leo Trich, of North Franklin Township, was in a COVID-19 vaccine clinic, he was there with his daughter, Brittney, who has a medical condition that qualified her for a vaccine.

“When we went up to get the vaccine, no one in there was smiling more than my daughter was,” Trich said. “She was so happy to get the vaccine. I wanted to give back to the community and the organization, to help give other people the feeling she had that day.”

That’s when Trich decided to become one of the many unpaid volunteers who have helped vaccine clinics in the region run smoothly. He volunteers once a week with WHS Washington Hospital clinic at Washington Crown Center.

“They’re greeting people and helping them with the consent form, and sometimes even physically moving people who are not ambulatory,” said Rebecca Biddle, director of volunteer services for Washington Health System. “The health system would have to hire people to do everything the volunteers do.”

Tina Cushey, co-owner of Curtis Pharmacy, was vaccinating folks Wednesday during its clinic at the South Franklin Township Volunteer Fire Department Social Hall. She said they have about 12 unpaid volunteers who help with registration, consent forms and getting through the appropriate lines.

“It takes all of them to make it go smooth,” Cushey said about the volunteers.

Biddle said they have about 40 unpaid volunteers in Greene County, the Peters Township clinic and their main clinic at Crown Center. Many of those volunteers have been volunteering for Washington Hospital since before the pandemic, so when assistance was needed for the clinics, they jumped at the opportunity to help.

“I think it is their call to action, where they see this need, and they say, ‘How can I help?’” Biddle said. “That’s what our volunteers do. They very much are of the mindset to come together to help the community. They’re very willing to give extra of their time.”

Trich, for example, has been involved with the Washington Hospital Foundation’s board of directors for about 21 years, he said. When his daughter received her second vaccine at the Crown Center clinic, he said he “was really impressed by how organized it was and how many people were helping out.”

He wanted to be a part of that, and so far, he said, it’s been a good experience.

Marlene Rhoades, of South Franklin Township, also volunteers at that clinic twice a week. She’s volunteered for the hospital in the past, as she’s president of the Washington Hospital Auxiliary.

“I thoroughly enjoy it – to see the people come in and feel like they won the lottery,” she said. “They’re all full of smiles and are grateful and appreciative of how it’s run, because it runs very efficiently.”

Rhoades said the volunteers are the first point of contact, greeting people who arrive for their shot. They help them with forms, directions, and checking in with the nurses.

“We try to get people to relax, because a lot of people come in and they’re really nervous,” she said.

The majority of folks receiving the vaccine, however, are very happy to be there, Rhoades said.

Stuart Harris, of Bridgeville, who volunteers at the vaccine clinic at the Peters Township recreation center, likened the excitement to people just returning from a trip to Walt Disney World.

“It might be the happiest place on earth because everyone coming in is just so happy to be able to get their shots,” he said. “For the six hours I’m there, every person who comes through there is like the happiest person on earth. It’s been quite heartwarming.”

Harris has been volunteering with Washington Hospital for about five years and sits on the volunteer advisory board.

“Because of COVID, a lot of the usual volunteer duties were postponed,” he said. “So, when this came around, it was an opportunity to stay active in the volunteer community. It’s been incredibly delightful. It might be one of the most enjoyable things I’ve ever done.”

Rhoades and Harris both commented on the number of vaccines now being distributed in these larger clinics, and how grateful they are to participate.

“It’s an honor to be a small part of it,” Harris said.

All of the Washington Health System volunteers were able to receive vaccines as part of the rollout, Biddle said.