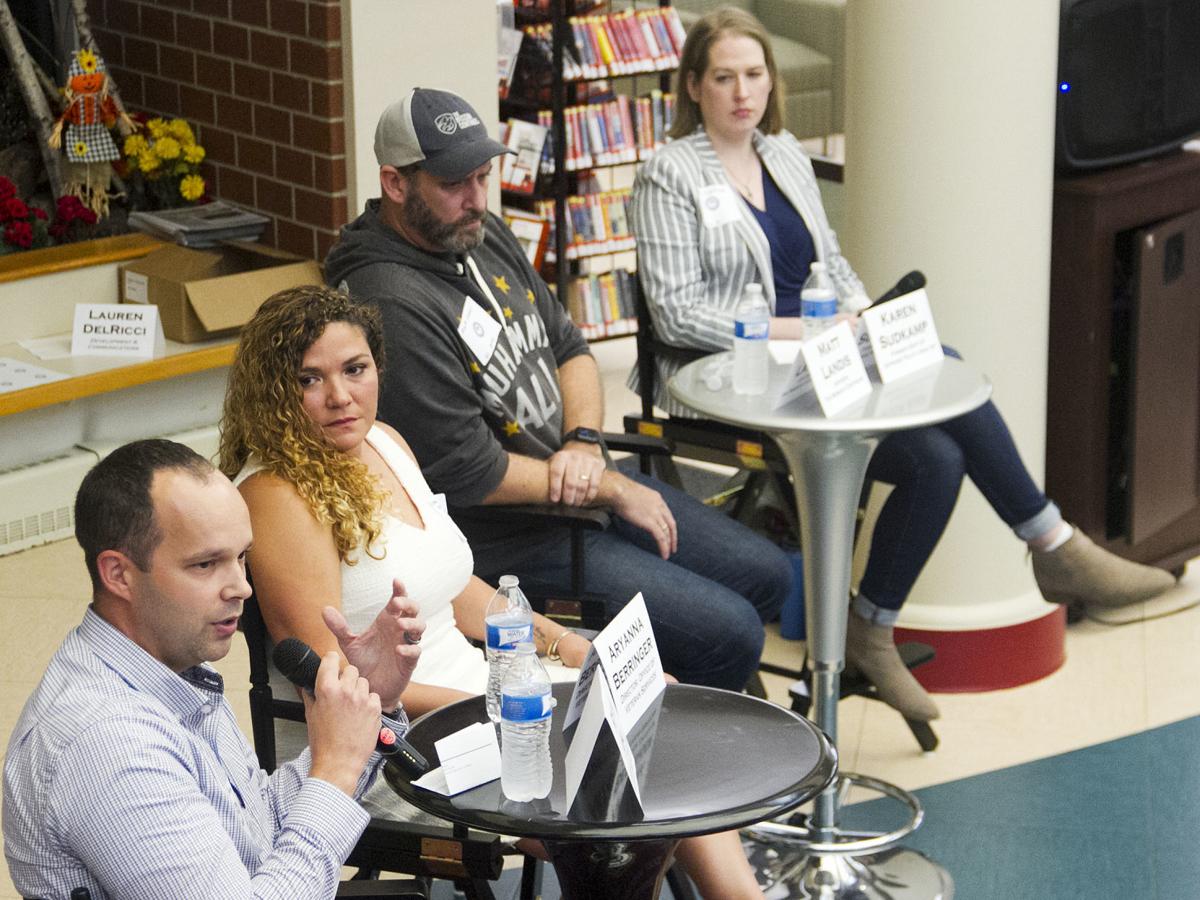 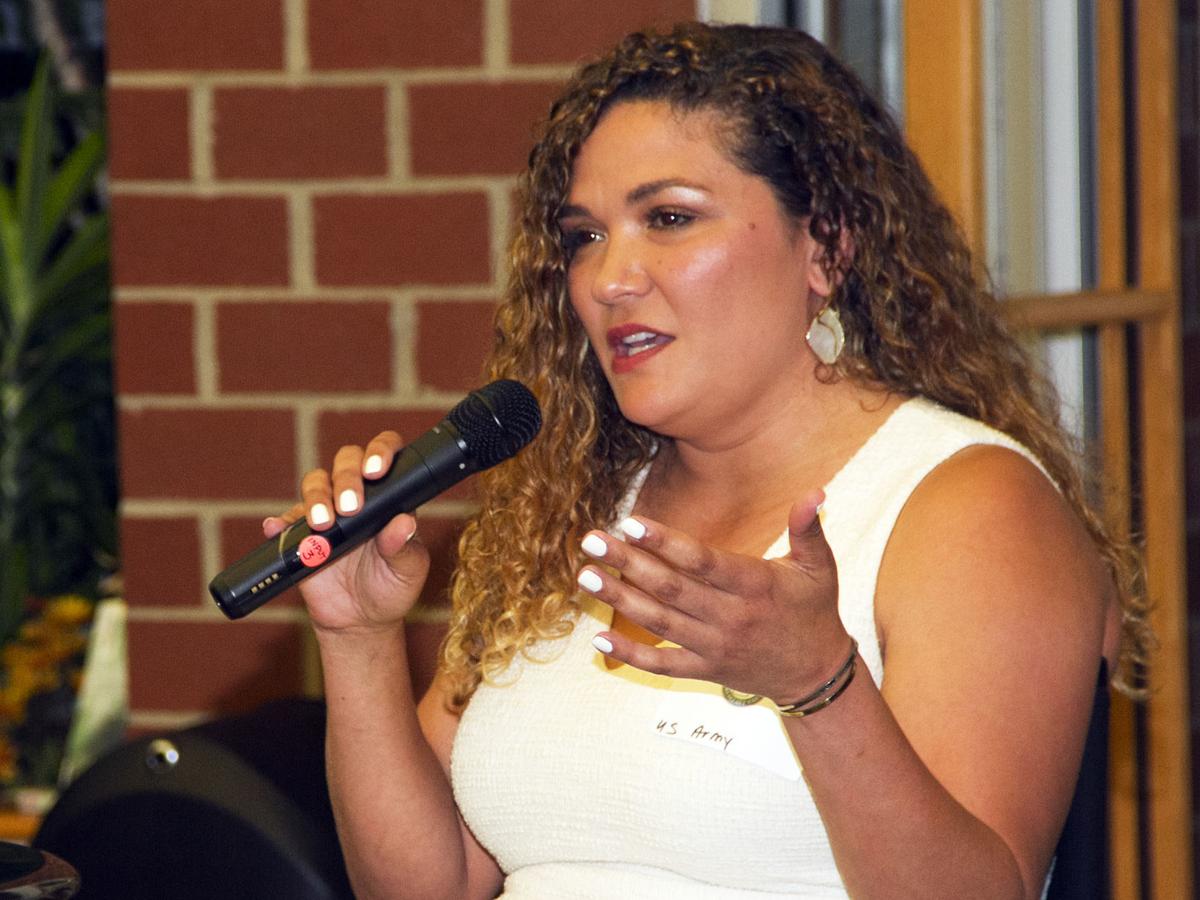 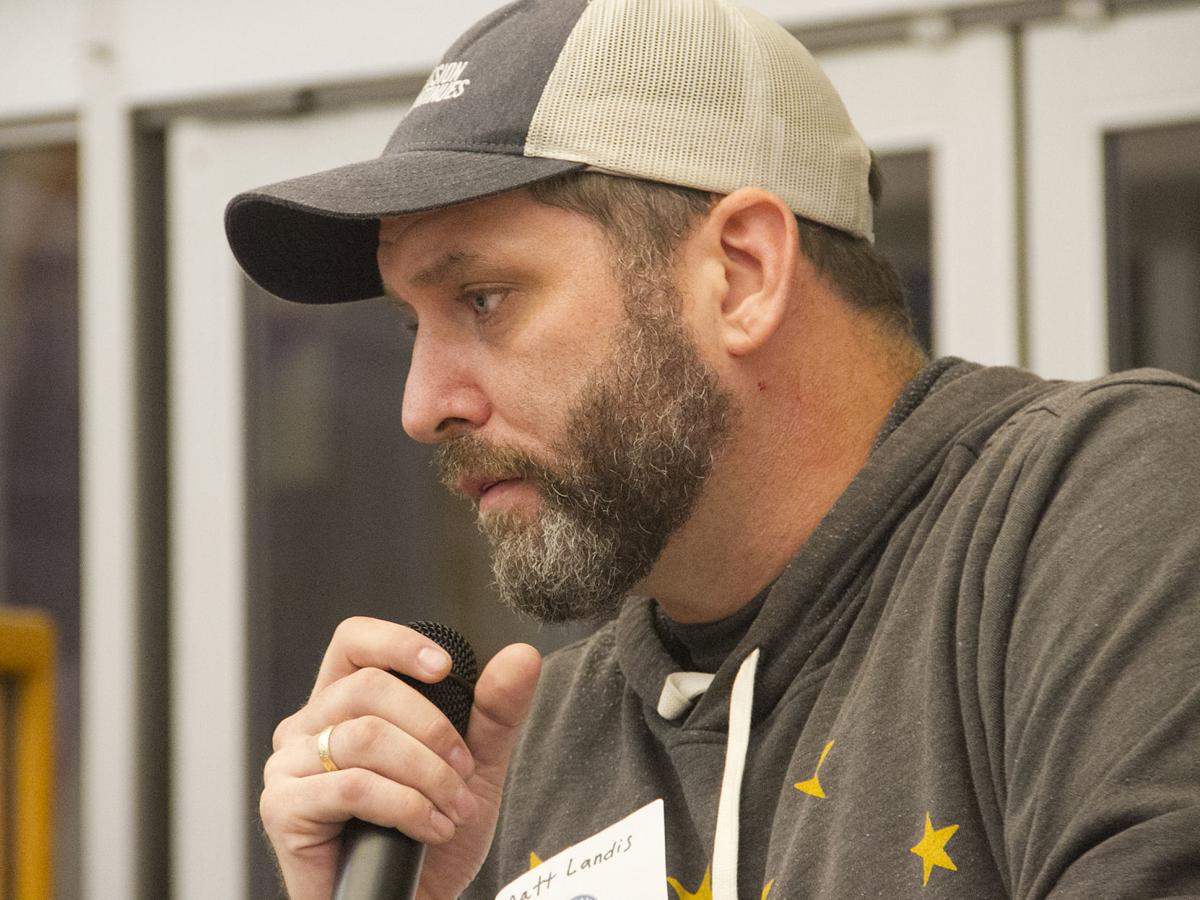 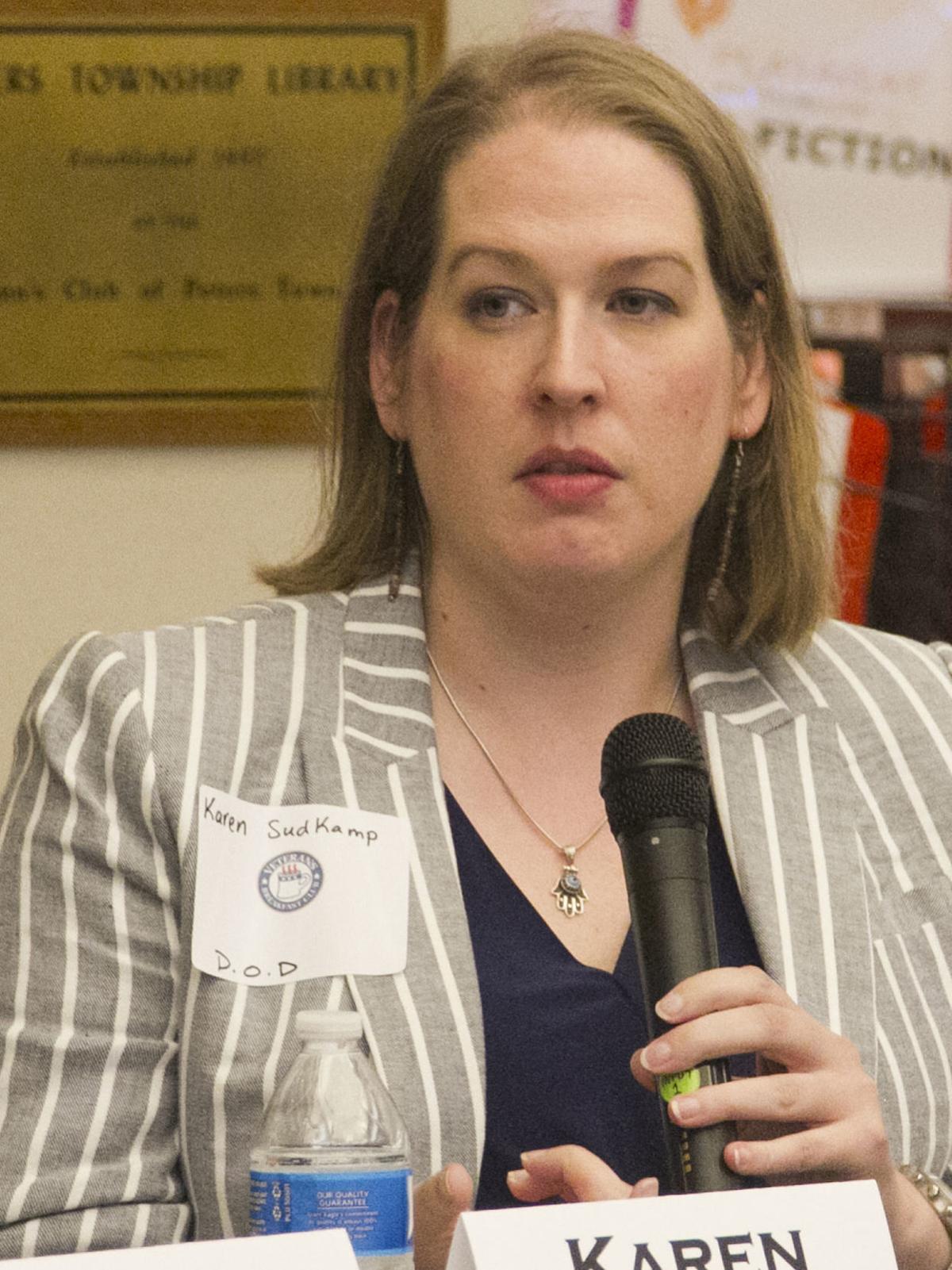 Karen Sudkamp deployed to Iraq, Afghanistan and Jordan in the Army. 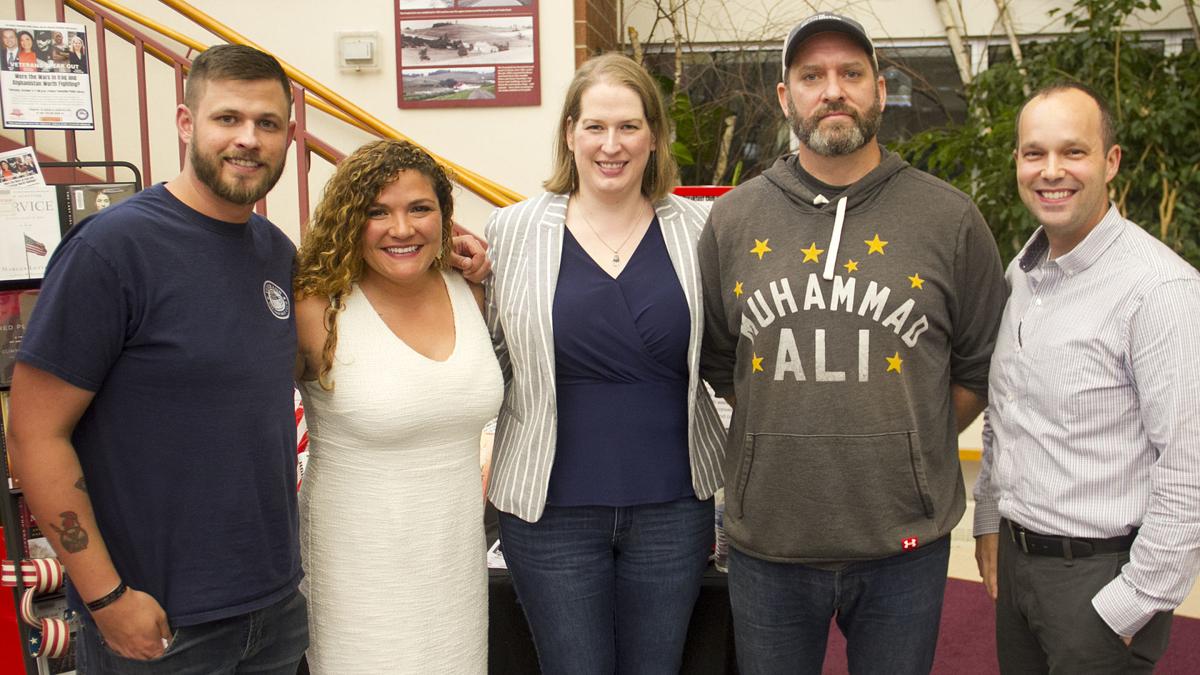 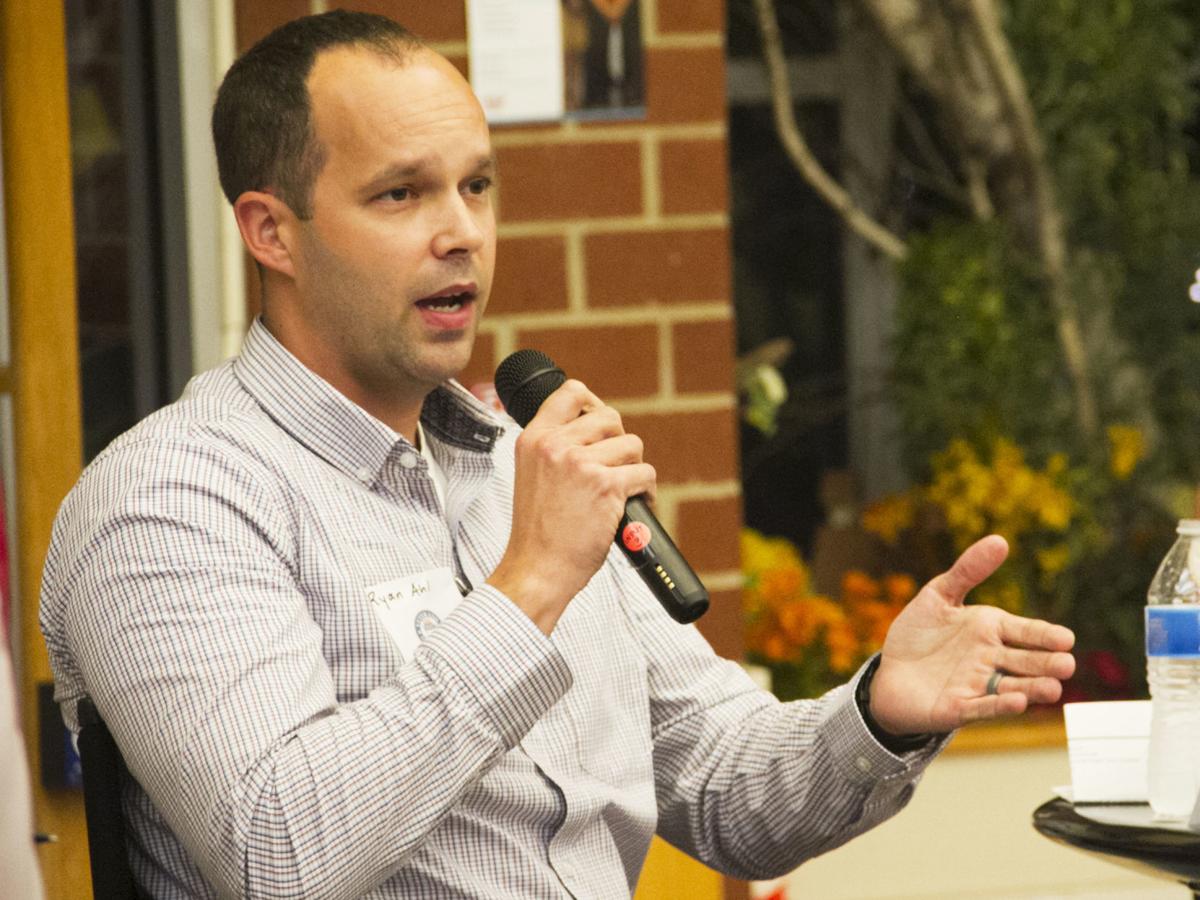 Ryan Ahl is a two-tour veteran of Operation Iraqi Freedom. 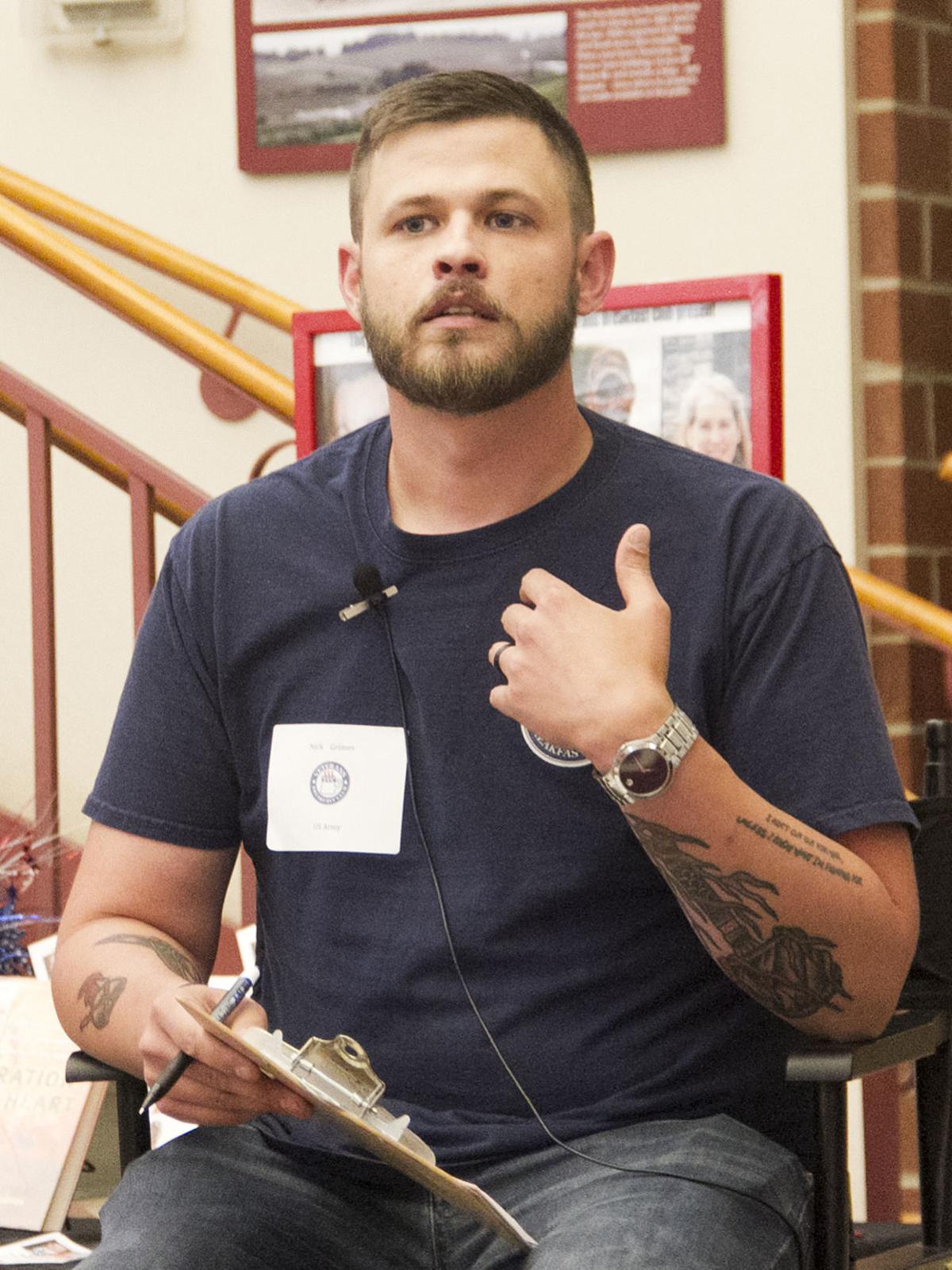 Ryan Ahl is a two-tour veteran of Operation Iraqi Freedom.

McMURRAY – Less than a month after the terrorist attacks of Sept. 11, 2001, the United States invaded Afghanistan.

A month after that, Aryanna Berringer decided to do her part for her country by enlisting in the Army. Today, she teaches Point Park University students who were born in 2001.

“They don’t recognize that we are still anywhere in Afghanistan at all, doing anything,” she said during a recent panel discussion at Peters Township Public Library. “They have no idea.”

Of course, military involvement in the central Asian nation reached 18 years on Monday, representing by far the longest war in 243 years of U.S. history. And according to the Pew Research Center, two-thirds of veterans who were polled think the cost of the ongoing conflict in Afghanistan, coupled with the 2003-11 Iraq War, hasn’t been worth it.

Drawing on that premise, the Mt. Lebanon-based Veterans Breakfast Club brought together a panel of men and women who served post-9/11 to share their thoughts, pro and con. Nick Grimes, the club’s program manager and another Army veteran, moderated the discussion.

One question he asked was whether the U.S. military should remain in Afghanistan until reaching some type of resolution, and all four panelists answered in the affirmative.

• Ryan Ahl is the veterans outreach program specialist for the Pittsburgh Vet Center and a company commander in the Pittsburgh Army National Guard. He is a two-tour veteran of Operation Iraqi Freedom, 2004 and 2009, serving as an infantryman. He has been working with veterans in the Pittsburgh area for seven years.

• Aryanna Berringer is an Iraq War veteran, serving in Operation Iraqi Freedom with the XVIII Airborne Corps. She is a mother of three, a doctoral student focusing on community engagement, and director of the Office of Veteran Services at the University of Pittsburgh.

• Matt Landis enlisted in the Army in 1999 as an artilleryman and later became a warrant officer, flying Apache attack helicopters in Iraq. He works for The Mission Continues, a nonprofit that helps veterans facing the challenge of adjusting to life at home, as an adviser to the organization’s Service Leadership Corps.

• Karen Sudkamp is a former U.S. Department of Defense senior intelligence and policy analyst, focusing on the Middle East and counterterrorism issues. She supported the military at all levels, from deploying to Iraq, Afghanistan and Jordan to multiple positions on the Joint Staff. She currently researches critical national security issues.

• Moderator Nick Grimes enlisted in the Army in 2004 and served two tours of combat in Afghanistan with the 10th Mountain Division. Nick is currently program manager for the Veterans Breakfast Club and host of the upcoming podcast “Truth About War.”

“I think it’s not only the fact that we need to finish whatever it is, but we need to be vocal about what that is, have a clear understanding and communicate it to the country,” Berringer said, referencing Americans’ general lack of knowledge about the situation, even beyond her teenage students.

“For better or for worse, we’re not having the honest discussions, and we think that because we’ve sunk so much time and energy and money into it, we have to stay until we win, whatever winning means,” Sudkamp said.

“I’m not sure that we can leave at this point, at least completely, because we’ve been there for so long, and there are so many things that are riding on it now. It’s something that I don’t think anybody has a good answer to, but I think we need to have that conversation at a national level, and have it honestly.”

In the opinion of panelist Matt Landis, a primary reason to stay is to provide an example for that part of the world with regard to equal treatment of genders.

“As long as we continue to stay behind those women and support those women, anything that we’re doing is producing some value,” he said. “I think it’s of global importance, at that level, that we can’t look away.”

Grimes said he has spoken with experts who consider pulling out of Afghanistan to be the most likely course of action for the United States.

“Honestly, I feel very uncomfortable about you guys saying, ‘Oh, we’ve got to ride this thing out,’” he said, noting that he doesn’t want a situation in which his son, now 12, winds up fighting in the same war he did.

Regarding Iraq, Berringer said she was deployed to the Arab nation about a month before the U.S. declaration of war. The question among people in her platoon, she recalled: “Well, why?”

As Grimes pointed out, American involvement achieved the goal of toppling the regime of Saddam Hussein, who was executed in 2006.

Berringer countered with a different viewpoint.

“I didn’t join to topple Saddam. I felt that they capitalized upon the fact that we were already in Afghanistan and we were already fighting this war, and we’re like, well, let’s do this, too.”

“It took our attention off of Afghanistan, which could have been dealt with better had we sent more people or not fallen in love with our ability to manage these wars through special-forces operations only,” he said. “Iraq detracted from all of that. And then we saw that spike in violence in Afghanistan after we had been in Iraq for a certain period of time.

For Landis, the experience of serving in Iraq gave him a new perspective.

“I could sense the distance between what I had been taught, the mythology that I’d learned about my nation growing up, and where we had landed,” he explained. “I could see the gulf between what was being told to people back home – I’m a news junkie, and I was watching it the whole time that I was there – and the misinformation that was being given to Americans throughout the entire process.”

Sudkamp linked her views on Iraq to a “massive epiphany” she had while watching an event unfold during her deployment in Qandahar, Afghanistan.

“We’re scared of guys who are driving around in Toyota Highlanders and giving each other AK-47s in garbage bags. What are we really trying to achieve here at this point?” she said.

“Around the same time, the surge was kind of working in Iraq, but I was never really optimistic that it was going to work. And so I think the two, for me, just kind of blended together on that, and then also, just kind of generally, the lack of a clearly articulated strategy of what we were trying to do by that point.”

The goals of the Veterans Breakfast Club are to create communities of listening around veterans and their stories; promote veteran storytelling programs; capture, preserve, and share veterans’ stories for future generations; and raise public awareness about the veteran experience. For more information, visit vbcpgh.org.