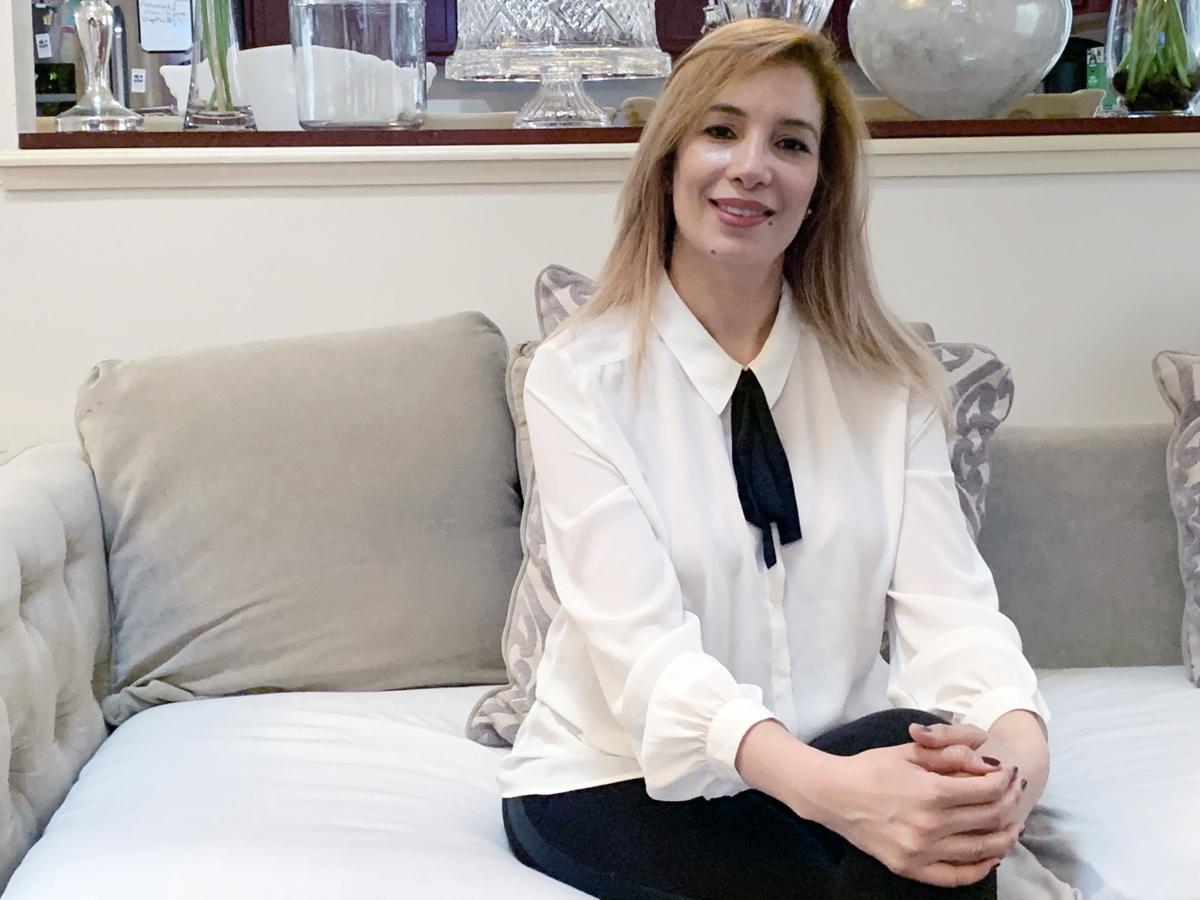 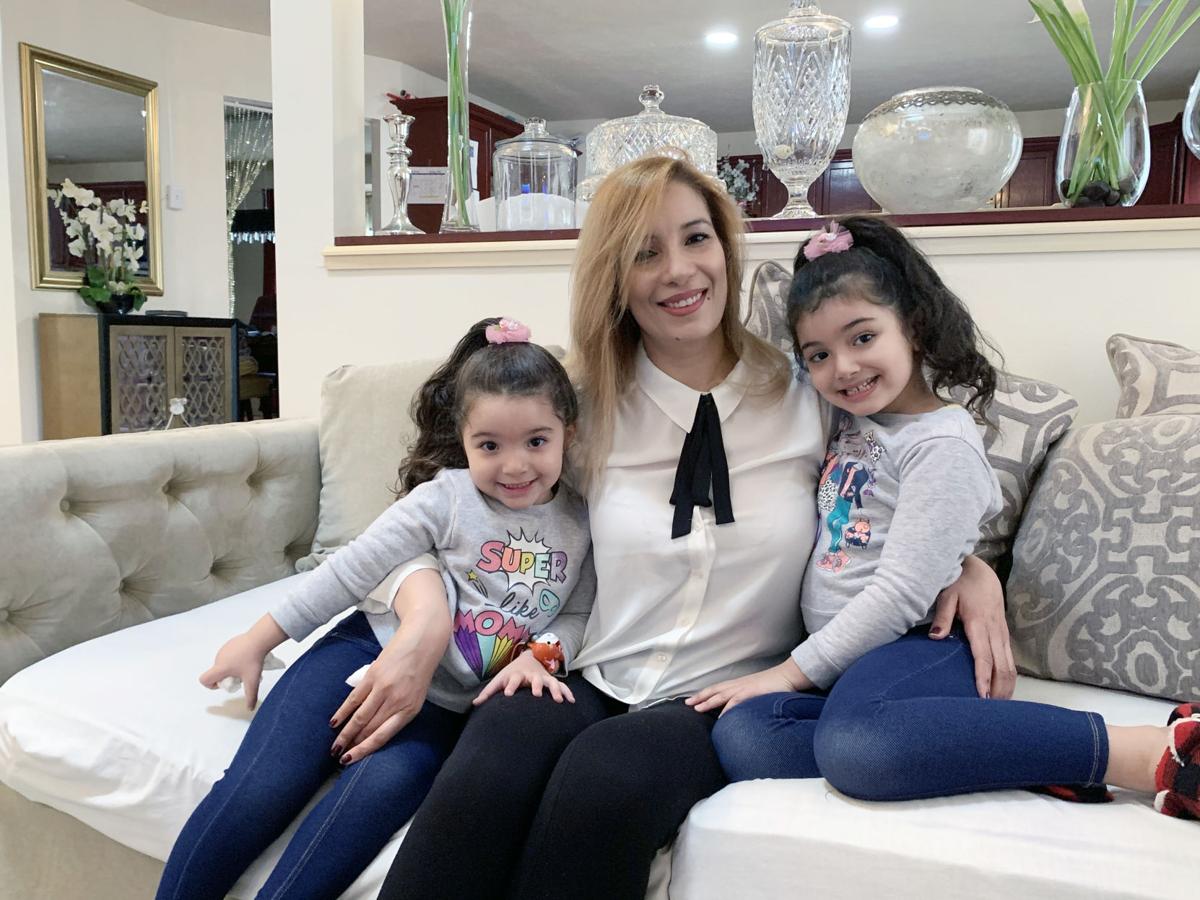 Leila and Adel Zoubeidi with their two daughters, Sandra and Ghalya

Leila and Adel Zoubeidi with their two daughters, Sandra and Ghalya

Editor’s note: This is part of an ongoing series on immigrants who are living in the region.

In Tunisia, it is customary for the mother of a prospective groom to ask the mother of the future bride for her daughter’s hand in marriage.

On more than one occasion, Leila Zoubeidi, of Scott Township, asked her mother to decline a proposal.

One man, she said, lived in San Francisco, and Zoubeidi, the oldest of five sisters and part of a close-knit family, had no intention of moving away from her family.

Besides, Zoubeidi was enjoying a long and successful career in the marketing department of the Tunisia Ministry of Tourism, and traveled worldwide to promote the North African country to visitors.

“Life was good for me. I was not interested in living outside of Tunisia. I had a job I loved, close friends and family, and I traveled a lot,” said Zoubeidi.

But at the age of 37, Zoubeidi met her husband, Adel, at a wedding.

It was a meet-cute story.

She was a bridesmaid and he was a groomsman.

The pair hit it off immediately, but there was a problem.

Adel lived in the United States – he moved here when he was 17 years old and attended the University of Chicago on a scholarship, where he earned a degree in engineering.

They dated for a year, juggling their careers and the long-distance relationship.

In 2014, the couple married, with a large wedding in Tunisia.

Zoubeidi moved to a Detroit suburb to settle into a new life with her husband.

“The first year, I was crying all the time. I could not work because I was on my husband’s work visa. I had no green card, no permission to work or study, and my English was very bad,” recalled Zoubeidi.

Generations of immigrants have left their homes and families to come to the United States for a chance at a better life, but Zoubeidi wasn’t fleeing because of safety or other concerns.

Many of the wives of high-tech immigrant employees have college degrees and had successful careers of their own.

While their husbands are recruited on H1B (highly skilled workers permits), wives most often come on H4 visas that don’t allow them to work. The women often feel isolated during their first months in America.

Zoubeidi is fluent in Arabic and French, and holds a degree from the University of Tourism and Hospitality in Tunis. She continued her studies in France.

As an employee for the Ministry of Tourism, Zoubeidi organized and participated in tourism fairs and other promotional events in dozens of countries: Spain, Egypt, Hungary, Turkey, Germany, Italy, Greece, Austria, Switzerland, Syria, Lebanon, Morocco, and the United States.

In the United States, Zoubeidi felt lonely and homesick, without direction.

“Leila is courageous. She left her home, family, and career in Africa to follow her husband in the United States and establish a new life,” said Kris Drach, a member of the board of directors of the Literacy Council of Southwestern Pennsylvania who tutored Zoubeidi in English. “She has had to adapt to our culture and to being a new mother at the same time.”

After living in Michigan for a year, Adel accepted a job at Ansys in Southpointe, and he contacted the literacy council to see if Zoubeidi could enroll in an English as a Second Language class.

There, Zoubeidi met Drach, and for two years she attended a three-hour class once a week, working one-on-one with Drach.

Zoubeidi has dedicated her time to improving her English and raising her and Adel’s daughters, Sandra, 5, and Ghalya, 3, who were born in the United States.

She takes them to dance, ice skating and swim lessons, and the family enjoys visiting Phipps Conservatory, the Children’s Museum and other Pittsburgh attractions.

The woman who spent significant amounts of time in Paris, Dubai and Rome has embraced Pittsburgh – except for driving in Southwestern Pennsylvania, with its hills and winding roads.

“It is one of the most beautiful small cities in the United States,” said Zoubeidi. “The people are very nice here.”

Learning English was an important step for Zoubeidi. It gave her confidence – although she still worries that her accent makes it difficult for people to understand her.

Zoubeidi acquired her green card, and is looking to return to work.

She currently is enrolled in classes at Community College of Allegheny County, where she is pursuing an associate’s degree in business administration. She has earned straight As in all of her classes.

Initially, Zoubeidi and her husband planned to return to Tunisia in a few years, but since the girls were born, they are considering remaining permanently in the United States. The couple are working to obtain U.S. citizenship.

Zoubeidi, who participated in the Arab Spring in Tunisia in 2011, said the political situation in Tunisia is unstable.

“It’s a different world in Tunisia now than it used to be. The country is not stable and the economy is not good,” she said.

Every summer, Zoubeidi, Adel and their daughters travel to Tunisia to visit their families. Her family has also made the trek to the United States.

“With graciousness and humor, I have watched her embrace this new life and bring joy and humor to all who know her. She is the person everyone wants to have as a next-door-neighbor and as a best friend,” said Drach.

Zoubeidi is setting new goals as she settles into life in Southwestern Pennsylvania.

“I am looking for the next step. I’m seeking a job in an administrative position,” said Zoubeidi. “I am ready for the challenge.”